Every family’s world is filled with milestones that form the template for their life story.

The family has another date that is seared into their life story.

On Sept. 21, 2018, Everett was diagnosed with MECP2 duplication syndrome, one of about 7,000 rare diseases worldwide recognized by the National Institutes of Health. The neurodevelopmental disorder, which occurs almost exclusively in males, is sometimes described as “the opposite of Rett Syndrome.”

Whereas Rett Syndrome results from the inactivation of the methyl-CpG-binding protein 2 (MECP2) in the genetic code on the X-chromosome, MECP2 duplication syndrome is the result of a duplication, or in some cases a triplication, of that same piece of genetic code.

The microscopic genetic mutation causes everything from delays in mental, speech and motor development to recurrent lung infections and gastrointestinal issues. It is also associated with autism. About half of the children with MECP2 duplication syndrome experience seizures and only about 50% of those with the disorder survive past the age of 25.

This heartbreaking news was the result of genetic testing suggested after Everett missed various developmental benchmarks.

“You just don’t want to get that genetic report that comes back and says that the world is over, and that is how we felt,” said Schmidt, 39, a Northern Arizona University graduate who works as an administrator with Vail School District.

“This is a super rare disease, and it is so hard to look at your kid and think of him going through those things. The stinker of it is that you get an email and call from the genetic testing company and you are left with that. When you are not crying, you are trying to look things up, but with this disease, we found there was nowhere we could go to find anything.”

He and Decker, 35, a native Tucsonan and pediatrician with Tanque Verde Pediatrics, began combing through research while trying to make sense of the diagnosis.

Their research led them to Texas Children’s Hospital in Houston, home of the Jan and Dan Duncan Neurological Research Institute directed by Dr. Huda Zoghbi, a neuroscientist and professor at Baylor College of Medicine. Zoghbi pioneered the discovery and characterization of MECP2 disorders and is a worldwide expert on the subject.

“We just feel very fortunate that my wife feels comfortable navigating the health-care system. Within a month, we were there learning from Dr. Zoghbi and specialists like Dr. Berhard Suter, a pediatric neurologist who sees more kids and adults with this disease than anyone else in the country,” said Schmidt.

Through it all, at the forefront of Schmidt’s mind was the realization that resources for families of children with MECP2 should not be so difficult to access.

“I kept saying: ‘This is not how this should be. This is not how a family should go through the worst news they will ever receive.’ You shouldn’t have to navigate an uncharted road. We met with Dr. Suter and told him we wanted to build a place where families can get more information, and he said, ‘Man, I have been waiting for you.’”

That was the beginning of the MECP2 Duplication Foundation, kicked off with a gala fundraiser on April 12, 2019, organized by Schmidt and Decker with the help of extended family and friends.

The nonprofit works to provide newly diagnosed families with emotional support, information and a community. It offers a comprehensive guide for parents along with a medical advocacy guide and a clinical guide for medical providers.

Additionally, the foundation was the sole funder for the MECP2 Duplication Syndrome Registry to support research, studies and future treatments for the disorder. The patient database, which was approved by the Institutional Review Board and formed in partnership with a research team led by Zoghbi and the Baylor College of Medicine, will serve as a hub for researchers from around the world.

Decker said that research into prospective therapies is extremely promising and will have ramifications for treatments of other rare diseases.

“Dr. Zoghbi has made incredible headway in research,” said Decker.

The pharmaceutical company IONIS is funding a safety study on a treatment in MECP2 duplication syndrome; FDA approval for the therapy will also require an MECP2 duplication severity scale, which the foundation plans to support with Count On Me — The MECP2 Duplication Foundation Virtual Gala at 5:30 p.m. May 7.

“A Severity Scale is an essential element of FDA approval. It is a way to apply treatments and measure if they are working across all clinics. We are trying to put our money into something that represents value beyond the dollars spent: We want to fund things that are essential for the disease and shorten the time frame in which our kids can see a viable treatment,” Schmidt said.

Decker and Schmidt emphasized that none of this would be possible without their parents and the many family members, friends and volunteers who have rallied to support the cause — including Cindy Parseghian, founder of the Ara Parseghian Medical Research Foundation, who Decker described as an “incredibly kind and helpful mentor who met with us in the early days and was one of the speakers at the first gala.”

“You don’t really understand what community is until you need help. There are all these great people in Tucson who our family has been connected to over the years, and they have jumped in head first. They are passionate and want to do something positive for change, which speaks to the type of place that Tucson is. It is a big town, but it feels like a small town when you think of community,” said Schmidt.

That community raised $250,000 at the initial gala, and as a thank you, the foundation partnered with sponsors and the Children’s Museum Tucson to host Tucson’s inaugural Rare Disease Day with free admission on Feb. 29, 2020. The event provided special activities for all families along with education and information about rare diseases.

Fortuitously, that day — which was also Leap Day — turned out to be another milestone for the family.

“We went through the whole in-vitro fertilization process since we had a 50% chance of passing the MECP2 mutation on to the next boy. The timing was crazy, but our second son, who does not have MECP2 duplication syndrome, officially began his journey on that day, so it is very significant to us,” said Schmidt.

Looking forward, the couple hopes that the virtual gala on May 7 will prove to be another momentous date for their family and others impacted by rare diseases worldwide.

“Our primary goal is to take this opportunity to get this treatment to clinical trial. If we are successful, it will make a difference in the lives of every affected person on the planet, and that is work worth doing,” Schmidt said.

Count On Me — The MECP2 Duplication Foundation Virtual Gala

Where: From your home or wherever you are most comfortable. Tickets are available online at mecp2d.org/gala/; a link to the virtual gala will be emailed after registration.

Cost: Suggested ticket price is $100 per person; donations in any amount are welcome.

Festivities at the virtual gala include a program hosted by Bobby Rich of The Drive Tucson 101.7 and Brian Schweitzer, former governor of Montana. The event will feature entertainment; inspiring stories from the community, including families who have had a diagnosis of MECP2 Duplication Syndrome; information about research; and multiple giveaways. The first $75,000 in donations will be matched by an anonymous donor, and sponsorships for the event are also available. Proceeds will directly support the development of an MECP2 Duplication Severity Scale, a necessary step in the FDA process for existing and future treatment efforts for MECP2 duplication syndrome and other rare diseases.

For more information, or to make an online donation, visit mecp2d.org.

The event seeks to raise at least $200,000 and is one of the largest local benefits of the year for the American Heart Association.

Arizona Gives Day is vital fundraiser for many nonprofits

This year, more than 1,030 organizations, including 252 headquartered in Pima County, have registered for the online fundraiser.

The Feast for Families Virtual Event, a fundraiser that will include a four-course tasting and wine pairings with instruction by Feast chef and owner Doug Levy.

The organization offers a full slate of virtual activities in April, kicking off with a celebration of World Autism Awareness Day on Friday, April 2.

During TAG, the spacecraft's sampling head sunk 1.6 feet into the asteroid's surface and simultaneously fired a pressurized charge of nitrogen…

As the rollout continues successfully across the U.S., the focus turns to the future. Will vaccine passports become the new normal? How will t…

Raffle seeks to raise funds for three nonprofits — Parent Aid, Youth On Their Own and Literacy Connects — that were intended beneficiaries of the Centurion’s 2020 charity gala. 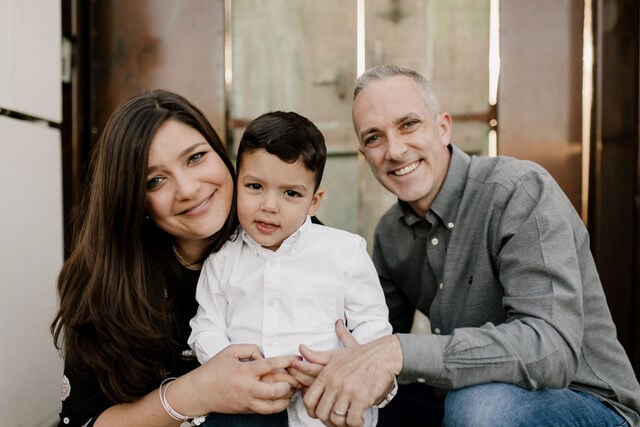 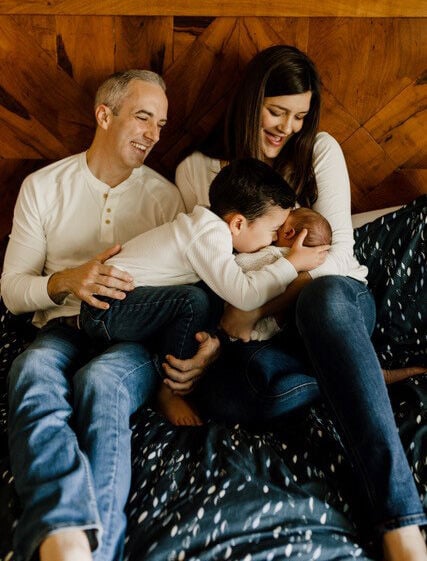 Aron Schmidt and Amelia Decker, pictured with their sons, Everett, front left, and John, are founders of the nonprofit MECP2 Duplication Foundation.