A man accused in the killings of two Tucson girls pleaded not guilty during a hearing Monday in Pima County Superior Court.

Christopher Matthew Clements, 36, was extradited to Tucson for the arraignment in the killings of 6-year-old Isabel Celis and 13-year-old Maribel Gonzalez.

Clements was indicted earlier this month in the girls' killings.

He faces 22 charges in the killing of the girls. Those charges include two counts of first-degree murder, two counts of kidnapping of a minor under 15, and burglary. He’s also facing 14 counts of sexual exploitation of a minor, which are said to be related to child pornography.

Members of both the Celis and Gonzalez families were in the courtroom for Monday's video arraignment.

Clements, dressed in an orange jail jumpsuit, showed little emotion during the short hearing and appeared to have a black eye. Last week Clements was in a fight at the Maricopa County jail, where he has been held for several months on unrelated burglary charges.

Clements' next court date in Pima County is scheduled for Nov. 19.

Isabel went missing from her midtown home in 2012. Her remains were found in a desert area northwest of Tucson in 2017. Court documents made public last week showed Clements led investigators to Isabel's remains in a deal he made with investigators to get unrelated burglary charges dropped.

Maribel went missing in 2014. Her body was found a few days later in the same general area as Isabel’s. The same court documents showed that investigators have linked his DNA to Maribel's body.

Clements is a convicted sex offender and has a long criminal history that started when he was a teenager.

In 2012, 6-year-old Isabel Celis went missing from her midtown home. The incident happened at night as the family slept. No one heard any sounds.

Isabel's father, Sergio, reported Isabel missing the following morning on April 21, 2012, after searching for her with her two older brothers.

They found her bedroom window open.

Her disappearance shook the city of Tucson, as the community united to help find her. Tucson police received thousands of tips throughout their investigation.

In June of 2014, 13-year-old Maribel Gonzalez told her family she was going to visit a friend.

When Maribel didn't come home the following morning, her mother called the friend who told her that Maribel never arrived.

Maribel was reported missing and was initially treated as a runaway, Arizona Daily Star archives show.

Maribel's home was said to be minutes away from Isabel's.

There were no suspects at the time.

Years after Isabel went missing, her remains were found northwest of Tucson — in roughly the same area as Maribel's body.

Police Chief Chris Magnus informed the public of their discovery on March 31, 2017, though the remains were found earlier in the month.

Officials remained tight-lipped about the case and would not discuss how investigators were led to Isabel's remains.

On Sept. 14, 2018, 36-year-old Christopher Matthew Clements was indicted. He is accused of killing both Isabel and Maribel.

Authorities announced the indictment the following day, Sept. 15. They revealed that in 2017, FBI agents received a tip about a man who might know more information about Isabel's disappearance.

Clements, a convicted sex offender, was the man.

After speaking with Clements, investigators were able to find Isabel's remains.

Clements is facing 22 charges that include two counts of first-degree murder, two counts of kidnapping of a minor under age 15, burglary, and 14 counts of sexual exploitation of a minor, which is said to be related to child pornography.

He is currently being held in the Maricopa County jail on unrelated charges.

Records show that Clements has a long criminal history and that he was out of jail on bail when Maribel was killed.

On Sept. 21, 2018, the Star obtained new court documents showing that Clements led investigators to Isabel's remains after asking for unrelated burglary charges to be dropped.

He also asked that his impounded car be released. Investigators agreed to his terms.

The same court documents show that DNA taken from Maribel's body was linked to Clements.

They also say that investigators found a letter from Clements that implied there were four bodies left in the desert area.

Investigators also found schoolwork and a child's purple sweater in the home of Clements' girlfriend. Sexually explicit photos of children were found on a computer, in addition to internet searches such as "child killer found not guilty" and "body found in desert."

Clements pleaded not guilty in a court appearance at Pima County Superior Court on Sept. 24, 2018.

Families of Isabel and Maribel were in the courtroom for the video arraignment.

Clements appeared to have a black eye. The week prior, officials confirmed that he had gotten into a fight with two other inmates at the Maricopa County jail.

On Friday, Feb. 8, the county attorney's office filed notice that they would be pursuing the death penalty.

On Monday, Feb. 11, Judge Deborah Bernini said she would be drafting up a document to address pre-screenings, which includes an IQ screen.

"We don't take five years to try death penalty cases here like they typically do in Phoenix," Bernini told Clements' lawyers, Eric Kessler and Joseph DiRoberto, adding that she wanted to give them adequate time to file an objection to the pre-screening.

The hearing addressed several other items, including the state's motion to appoint a special master to review recordings of dozens of recorded jail phone calls between Clements and Tucson attorney John Kaufmann, who represented Clements in a 2012 case.

Monsoon season is almost over, Tucson.

Third body found in Nogales, likely swept away by floods

A third body, thought to be swept away by floodwater, was found in Nogales on Sunday, officials say.

This is the 43rd year for the celebration of all that’s Greek.

Tucson should expect another warm day, with temperatures above average today.

Police say Alexandra Rose Ciliento made no attempt to get a sitter for the girl.

A Tucson couple was sentenced to probation after pleading guilty to child abuse of their children, officials say.

Shortly after being released from Cochise County jail, a Douglas man was arrested and booked again, officials say.

The deputy used his stun gun to get the cow to release a woman but it then charged him.

Celebrate being yourself at the upcoming Tucson Pride parade and festival

The festival, started more than 40 years ago, seeks to bring the community together.

Christopher Matthew Clements is a convicted sex offender who pleaded not guilty in the deaths of Tucson girls Isabel Celis, 6, and Maribel Gonzalez, 13. 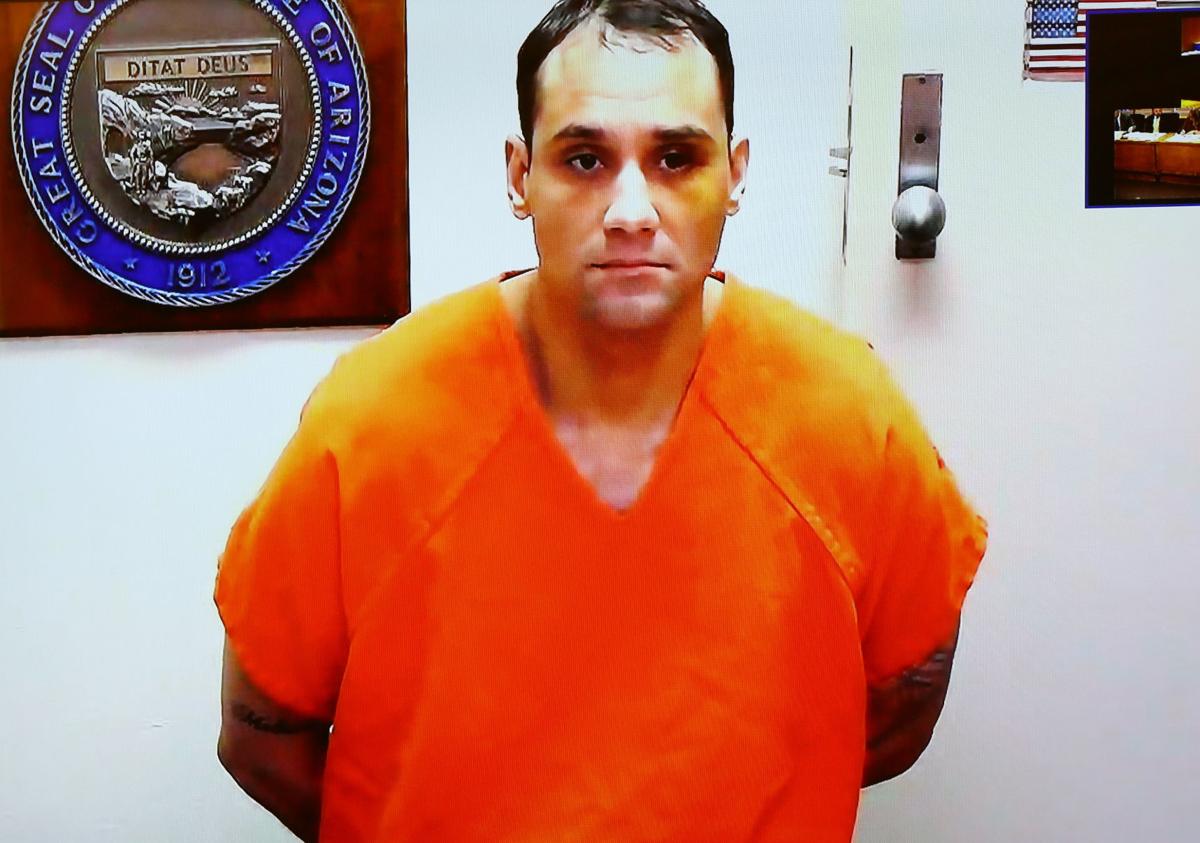 Christopher Clements is arraigned via video in Pima County Superior Court in Tucson on Sept. 25, 2018. Clements is accused of killing Isabel Celis and Maribel Gonzalez. 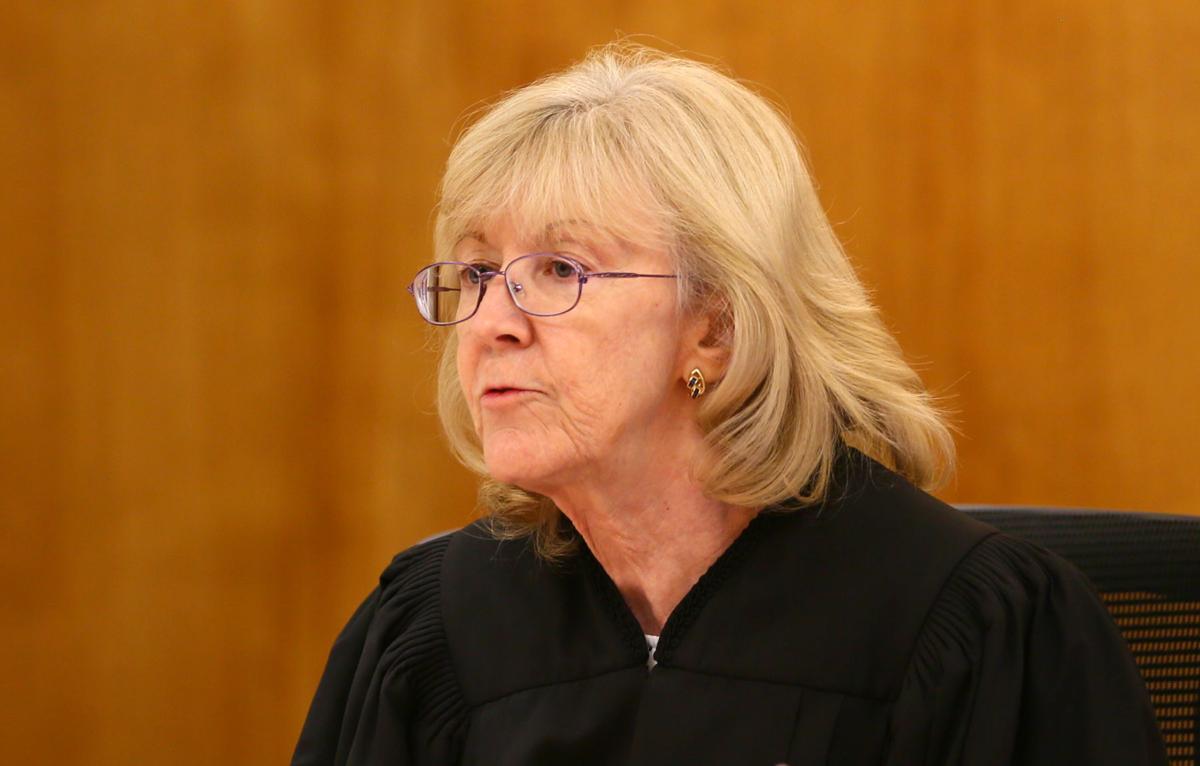 Judge Lee Ann Roads at the arraignment for Christopher Clements in Pima County Superior Court in Tucson on Sept. 25, 2018. Clements is accused of killing Isabel Celis and Maribel Gonzalez. 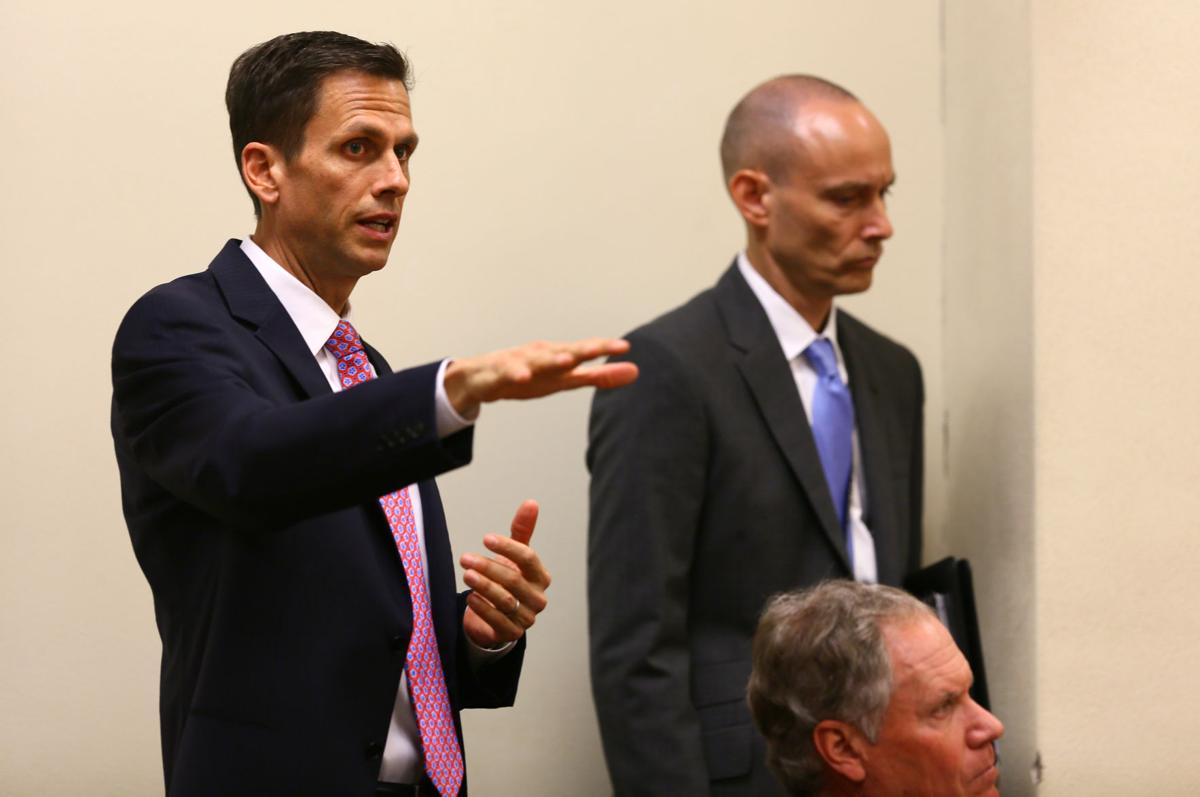