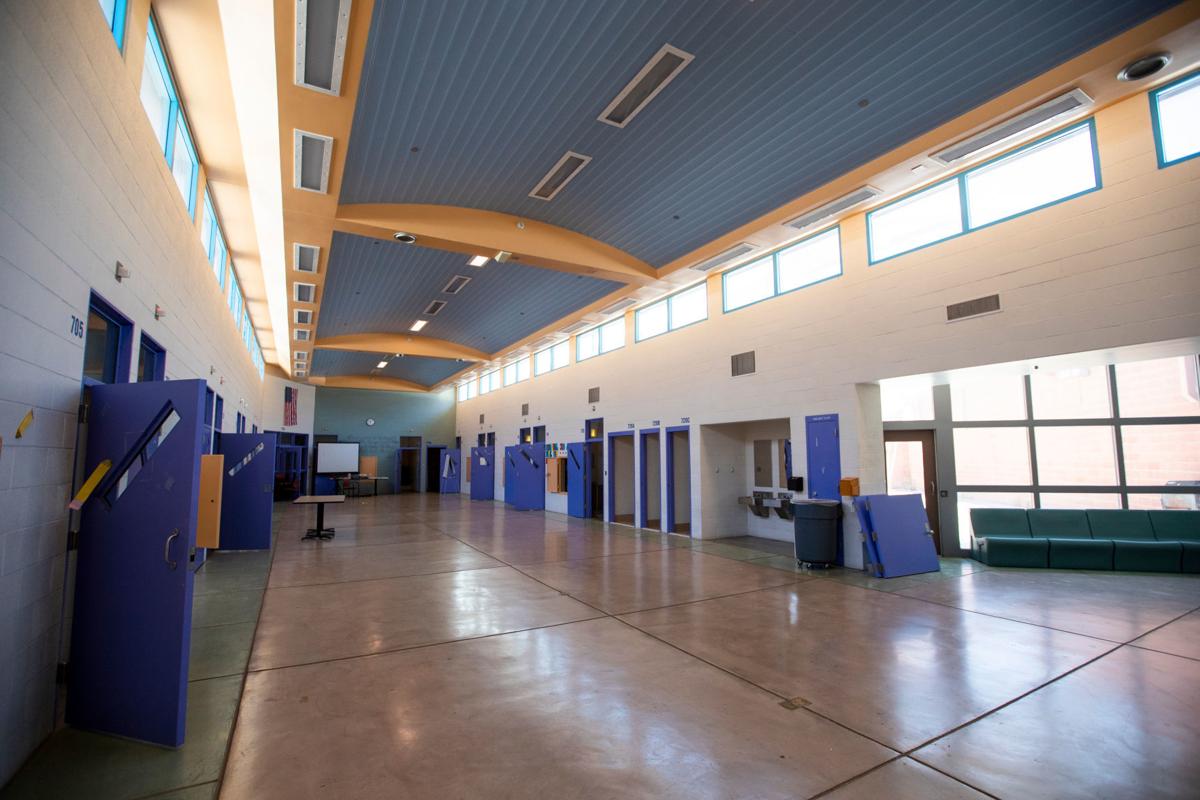 Migrant families may be housed in open space at the Pima County Juvenile Detention Center. Maintenance crews are continuing to prepare the center despite discussions with TUSD. 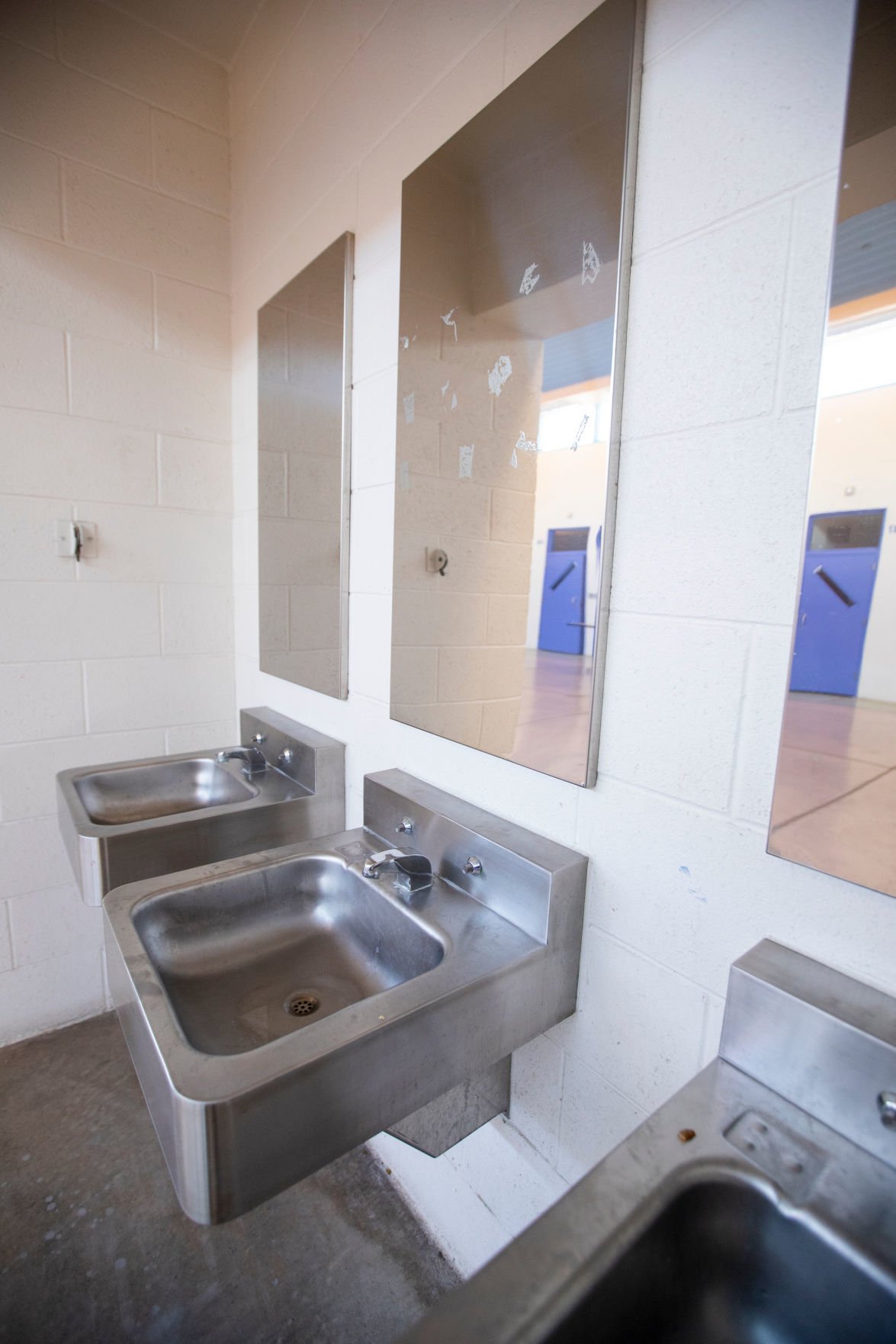 The Pima County Juvenile Detention Center in Tucson will look like a college dorm with comfortable furniture, according to Chuck Huckelberry, county administrator. 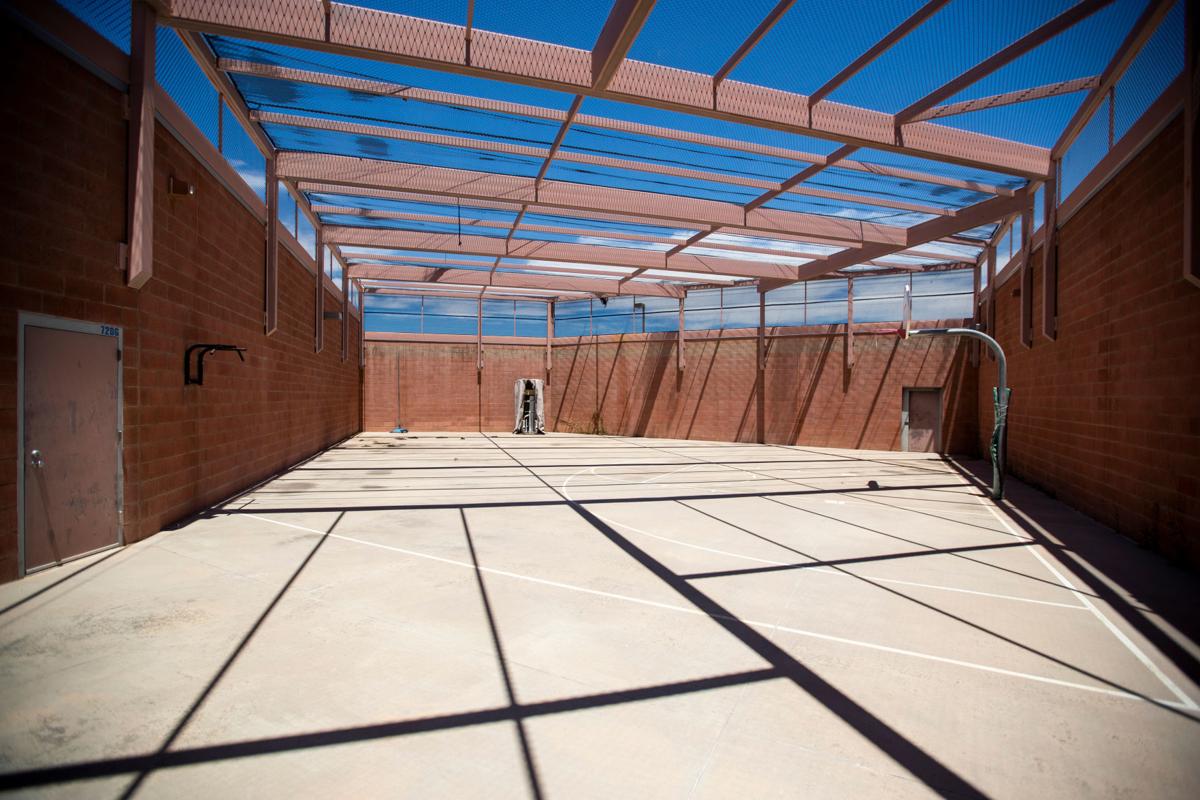 Migrant families may be housed in open space at the Pima County Juvenile Detention Center in Tucson under a lease agreement with Catholic Community Services.

At the request of the diocese, the county plans to offer a $100-per-year lease to house migrant families, many from Guatemala, Honduras and El Salvador, in the unused portions of the county’s Juvenile Justice Complex, county officials said Monday.

The Pima County Board of Supervisors will consider the plan at its Aug. 6 meeting, according to a memo released Monday by County Administrator Chuck Huckelberry in support of the plan.

Since last fall, Catholic Community Services, an affiliated organization of the diocese, has overseen a massive effort by local religious groups and hundreds of volunteers to help more than 10,000 asylum seekers find safe haven for a few days in Tucson. Since January, much of those efforts centered on the former Benedictine Monastery on North Country Club Road.

In general, asylum seekers who cross the U.S.-Mexico border as families turn themselves in to Border Patrol agents. After they are processed and released, they are taken to the former monastery, where they arrange bus and plane travel to meet with other family members or sponsors throughout the country.

During the few days they are at the former monastery, children draw and play with toys and parents pick among donated clothes hung neatly on racks. Stories of violence, poverty and trauma in their home countries are common.

But the former monastery will no longer be available at the end of July when the property owner turns it into housing and retail space.

Local officials and residents searched for weeks to find a suitable replacement. On July 3, Tucson Catholic Bishop Edward Weisenburger sent a letter to the county saying the juvenile detention center was the best option.

Among the sites reviewed by the county were a few Tucson Unified School District schools and hotels in South Tucson, Huckelberry said.

Several county-owned facilities were taken out of consideration because they did not have adequate bathroom or shower facilities and security, according to county spokesman Mark Evans. The Golden Pins bowling alley was big enough, but had poor security and no showers.

The former Arizona Children’s Home in South Tucson was a front-runner for a while, but it had security problems, Evans said. The county also considered the former Tucson Heart Hospital and other buildings.

The county’s plan to use the juvenile detention center at 2225 E. Ajo Way comes as reports of unsanitary and overcrowded conditions inside Border Patrol detention centers in Southern Texas have sparked outrage in recent weeks.

Huckelberry said the conditions inside the juvenile detention center, which can house more than 200 people, are “night and day” compared to the conditions described at the Texas facilities.

“It’s going to look like a college dorm,” he said, with comfortable furniture and televisions.

Supervisor Richard Elías said the “optics are bad,” but what’s important is that people have a decent place to stay as they come through Tucson.

“In a world full of cruelty, these are people doing the right thing,” Elías said of the volunteers helping migrant families.

Catholic Community Services did not respond to a request for information.

The facility “provides a safe and properly designed area for temporarily housing so many people,” Weisenburger said in a news release Monday.

“At first thought, the idea of using a detention center may not seem the best option; we hope that the treatment provided, along with some de-institutionalizing of the interior will help those staying there feel safe and welcome,” Weisenburger said.

The detention center has laundry service and a kitchen on site, which “should result in a safe, welcoming, and healthy site for a people who oftentimes have experienced great trauma,” according to the diocese.

At the detention center, migrant families will be “completely separate” from the juveniles in custody, Huckelberry said. The rooms will not be locked and the families will have their own entrance and recreational facilities.

The open buildings in the detention center are the result of programs that provide an alternative to detention, which led to a decline in the number of juveniles in custody, he said. Usually, about 30 to 50 juveniles are held there.

The county will pay for heating, cooling, daily janitorial services and other operating costs, Huckelberry said. The estimated cost to the taxpayer is still being worked out, he said, but the county reserved $200,000 in Operation Stonegarden funds for humanitarian assistance through Dec. 31.

The Operation Stonegarden funds come from the federal government and generally are used to reimburse law enforcement for immigration-related expenses.

The county’s plan to use Stonegarden funds to house migrant families “sounds like a great idea and the sheriff supports it,” said Byron Gwaltney, chief deputy at the Pima County Sheriff’s Department.

• Anyone interested in helping the Casa Alitas program run by Catholic Community Services of Southern Arizona can email casaalitasprogram@gmail.com.

• Anyone interested in donating to buy food, shoes, backpacks and other items, as part of a matching effort offered by the Jewish Federation of Southern Arizona, should call 577-9393 or send a check to 3718 E. River Road.

It should be another "quiet and dry day" across southeast Arizona today, the National Weather Service says.

A Pima County supervisor and a school board member are pushing to house migrant families at two former Tucson schools, just days after officia…

Migrant families may be housed in open space at the Pima County Juvenile Detention Center. Maintenance crews are continuing to prepare the center despite discussions with TUSD.

The Pima County Juvenile Detention Center in Tucson will look like a college dorm with comfortable furniture, according to Chuck Huckelberry, county administrator.

Migrant families may be housed in open space at the Pima County Juvenile Detention Center in Tucson under a lease agreement with Catholic Community Services.