Pima County Administrator Chuck Huckelberry was in stable but critical condition Saturday afternoon at a local hospital after being struck by a vehicle while riding his bicycle downtown.

“Board of Supervisors Chair Sharon Bronson and Chief Deputy County Administrator Jan Lesher are in close contact with the Huckleberry family,” a news release from the county said.

A motorist's vehicle had collided with another vehicle on Broadway and then bounced or richocheted into Huckelberry’s bicycle, according to a source with knowledge of the incident.

Tucson Police said all involved in the Saturday morning crash stayed at the scene. They released no other information and said updates would come from county officials. No information was released about the extent of Huckelberry’s injuries.

Police asked drivers to avoid travel along Broadway between South Church Avenue and South Scott Avenue while they investigated. The site is near Huckelberry’s office.

Late Saturday afternoon, city transportation officials reported that the intersection had reopened and that the Sun Link Streetcar service, interrupted by the crash, was resuming.

Huckelberry, 71, has been the county administrator for 28 years, a role in which he now manages a $2.1 billion budget, which includes federal COVID-19 relief funds as well as local taxpayer money, and a staff of more than 7,300 employees. His base salary is $292,000 a year.

Among his signature initiatives are the Sonoran Desert Conservation Plan, which received the National Outstanding Plan award from the American Planning Association; and the Chuck Huckelberry Loop, which won a No. 1 ranking this year in USA Today’s Readers’ Choice contest for best recreation trail. The Loop has more than 136 miles of car-free, paved paths for bicyclists, walkers, runners, horseback riders and others.

Huckelberry is a native Tucsonan who graduated from Flowing Wells High School and holds a master’s degree in civil engineering from the University of Arizona. He began his career in Pima County government in 1974 and moved up through the ranks to become county administrator in 1993.

His critics call him “King Huckelberry” or simply, “King Chuck.”

Road Runner: No. 1 ranking in recreation trail contest points to The Loop's popularity

“The Loop has something to offer just about everyone and it’s no surprise people have all sorts of reasons why they love it," a county official said.

People for Bikes, a bicycling advocacy group, revealed its rankings with Tucson at No. 13 out of more than 550 cities and towns measured for its third annual list. Tucson ranked at No.35 in 2019.

Pima County Administrator Chuck Huckelberry was struck by a vehicle while riding his bicycle Saturday.

The case is the third filed by the attorney general's office involving a felon who was able to cast a ballot in Pima County last year. Two of the men were registered as Democrats and one as a Republican.

Police reports reveal the driver made an unsafe lane change causing another vehicle to hit the county administrator as he rode his bike downtown.

He was critically injured in October when he was hit by a vehicle while riding his bike.

The county administrator has returned home after a months-long period of hospitalization and rehabilitation. 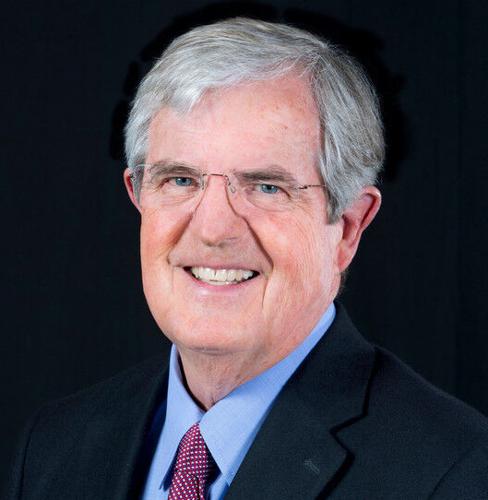