Pima County is a leader in Arizona for criminal justice reform efforts, initiating innovate programs and diversion while several bills addressing the issue statewide remain in flux at the Legislature.

That was the consensus when community members and several participants from last year’s Arizona Town Hall on criminal justice reform gathered in Tucson last week to discuss recommendations from November’s statewide town hall.

In 2018, Arizona Town Hall, a nonprofit organization that educates, connects and empowers people to resolve societal issues through consensus, held 17 town halls addressing criminal justice in Arizona for more than 2,000 participants across the state. For the first time in the groups’ 56-year history, two of the town halls were held inside Arizona prisons, which board chairman Hank Peck said allowed the group to get information from a population they otherwise wouldn’t have hear from.

At the completion of last years’ community events, more than 100 people involved in the process gathered in Phoenix and produced recommendations for meaningful criminal justice reform that was sent to state lawmakers and community leaders.

Ahead of the curve

“Many of the statewide recommendations either started here, have happened here, or are in the process of happening here,” Chief Deputy Pima County Attorney Amelia Cramer, a longtime participant in the town hall process, said during last week’s gathering.

Cramer discussed Pima County’s diversion opportunities for juvenile offenders and reducing the juvenile inmate population from about 400 a decade ago to about 40 today.

She also touted the Tucson Police Department’s Mental Health Support Team and its program for drug offenders, saying they are keeping people out of jail for disorderly conduct charges and other misdemeanors, instead connecting them with treatment.

Most of the successful diversion programs are funded with grants, and Cramer urged people at the town hall to contact state lawmakers to push for permanent funding.

“When I was in law school, I worked at the state Legislature in an internship and realized the only people there were prosecutors. There was only one voice,” Wade said. “When you only have one voice, sometimes good intentions kind of make bad policy without balance.”

Several recommendations from the town hall found their way into bills proposed at the start of the legislative session, although many are now dead after failing to receive committee hearings.

Wade said there are only three or four members of the Legislature who don’t believe in some sort of criminal justice reform and that bipartisan support of the proposed bills was strong this year.

“We may make baby steps this session or next session,” Wade said. “If we can keep having these tough discussions and find ways to work together, eventually we’ll get there.”

Juli Roberts, warden of the Arizona State Prison Complex in Tucson, said she’s been with the Arizona Department of Corrections for more than 20 years and has seen the pendulum swing back and forth in many different ways when it comes to prisons’ purpose.

The Arizona Department of Corrections’ goals include creating positive change in inmates’ behavior, along with reducing recidivism over the next 10 years by 25 percent.

“(These people are) in prison because they didn’t make good decisions or maybe didn’t have the skills to do so,” Roberts said. “If we don’t change that behavior, they get out and they come right back in.”

The Department of Corrections has an inmate population of about 41,000. Roughly 12,000 of those inmates need ongoing mental-health services and about 77 percent of inmates have a substance-abuse history , Roberts said.

On top of that, many inmates who come into the prisons only read at a fourth- or fifth-grade level.

About 95 percent of people sentenced to Arizona prisons will at some point be released from prison, Roberts told the crowd.

“We want when they return to community, that they have a good job, pay taxes and interact with community in a positive manner,” Roberts said.

“We can’t just house them when they’re incarcerated and dump them off in the streets, it doesn’t work that way.”

The department has the third-largest budget in the state, taking in over $1.1 billion a year since 2012. In a March 12 tweet, Gov. Doug Ducey said he’s supporting an increase to the department’s budget to cover raises for correction employees of 5 to 15 percent.

Roberts said that over the last eight years, she’s noticed the shift in focus on programming rather than simple incarceration. The biggest push has come within the last two years, but it’s too much work for any one agency or group to do alone, she said.

In addition to addressing needs like transportation and employment upon release from prison, it takes a whole community to help push through the stigma associated with being a felon, Roberts said.

Tucson-based nonprofit American Friends Service Committee-Arizona is tracking the bills and asking the community to contact state lawmakers and urge them to vote in support or opposition of the bills.

House Bill 2424 would address an ongoing issue with Class 6 undesignated felonies and instead, automatically designate them as Class 1 misdemeanors. A person would only be convicted of the felony if he or she fails to complete the required programming. AFSC-AZ supports this bill, which unanimously passed on the House floor and is waiting for a Senate committee hearing.

AFSC-AZ also supports HB 2361, which would repeal Arizona's "repeat offender" sentencing enhancement and prevent people who have not previously been convicted of a felony from being charged as a repetitive offender. HB 2361 passed on the House floor by a vote of 57-2 and is also awaiting a Senate committee hearing.

HB 2718 decriminalizes syringe needles when they're obtained from an established syringe service program for substance users, volunteers and staff. Such programs can be created at a county, city or organizational level. AFSC-AZ supports the bill, which did not make it to the House floor for a vote, but was resurrected through a Stryker Amendment.

AFSC-AZ has changed its previous stance on Senate Bill 1310 and now opposes the bill. SB 1310 increases earned release credit opportunity for drug offenders who meet certain stipulations, but AFSC-AZ says that its limited scope means few people would actually be able earn time off their sentences and the legislation could potentially clash with existing programs.

Local officials highlighted several programs for district, county attorneys from across the U.S. that can be replicated.

Community members can receive access to free legal information on a variety of topics at a Tuesday evening event.

New jail booking process to save money, keep those facing minor charges out of custody

The county is finalizing a construction contract for a permanent, two-story facility.

A committee has been tasked with assessing the custody status of inmates to identify safe and effective release conditions while balancing public-safety concerns.

Stacking of charges "is used as a big hammer by the prosecutors to ensure that people ... take a plea bargain,'' says a supporter of the change. 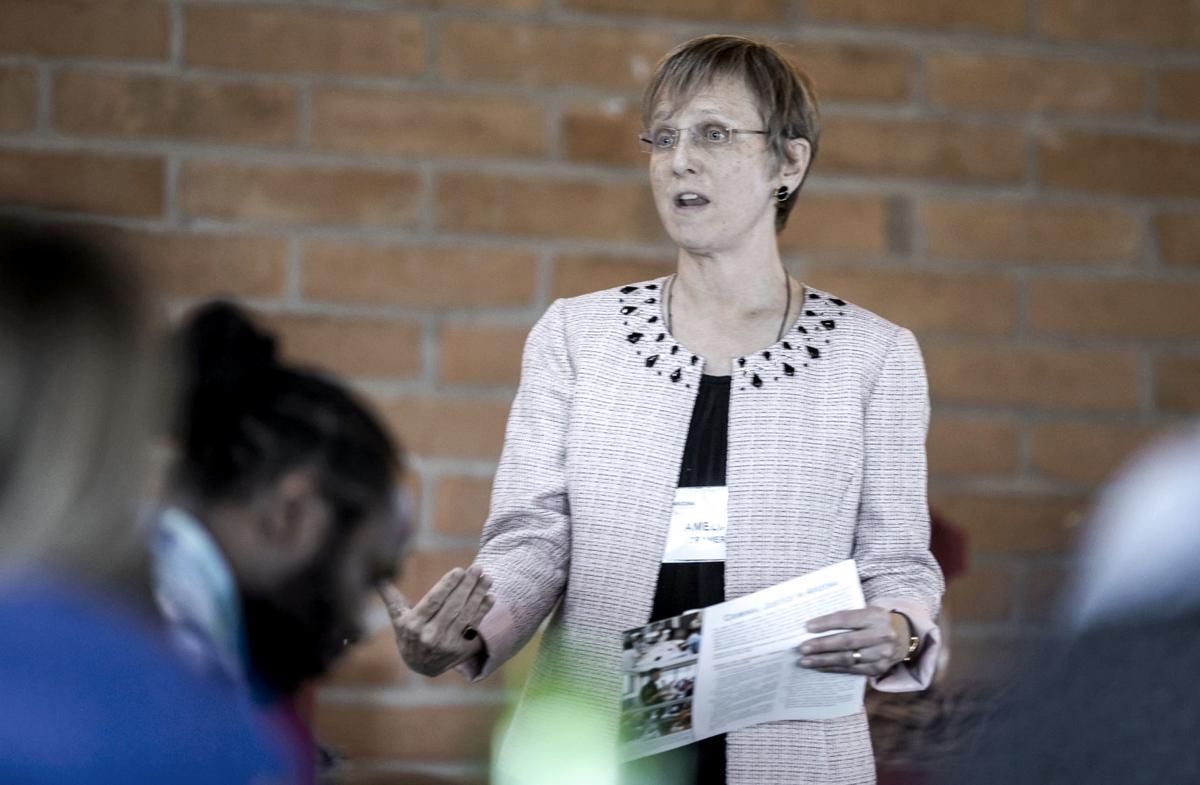 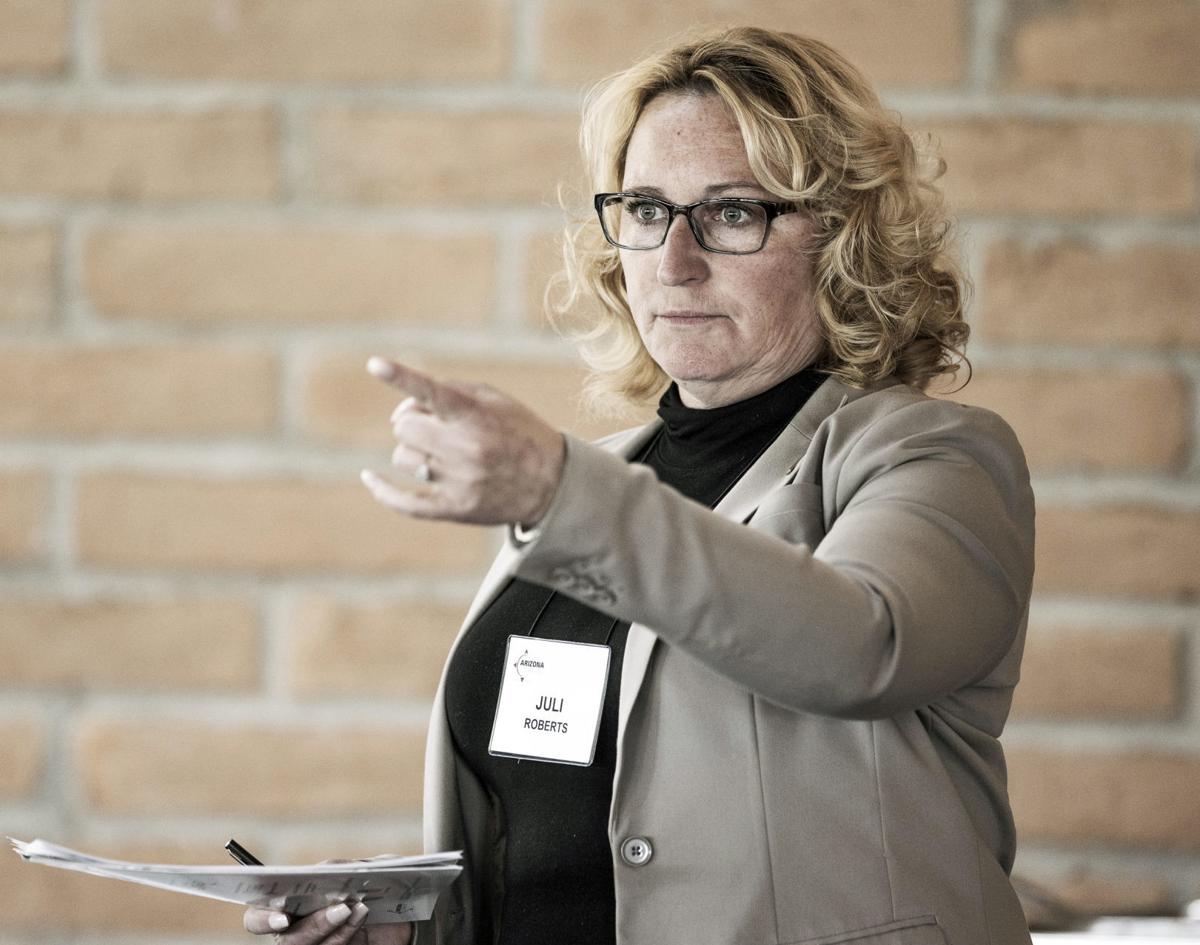 “Locking them up and throwing away the key doesn’t work,” 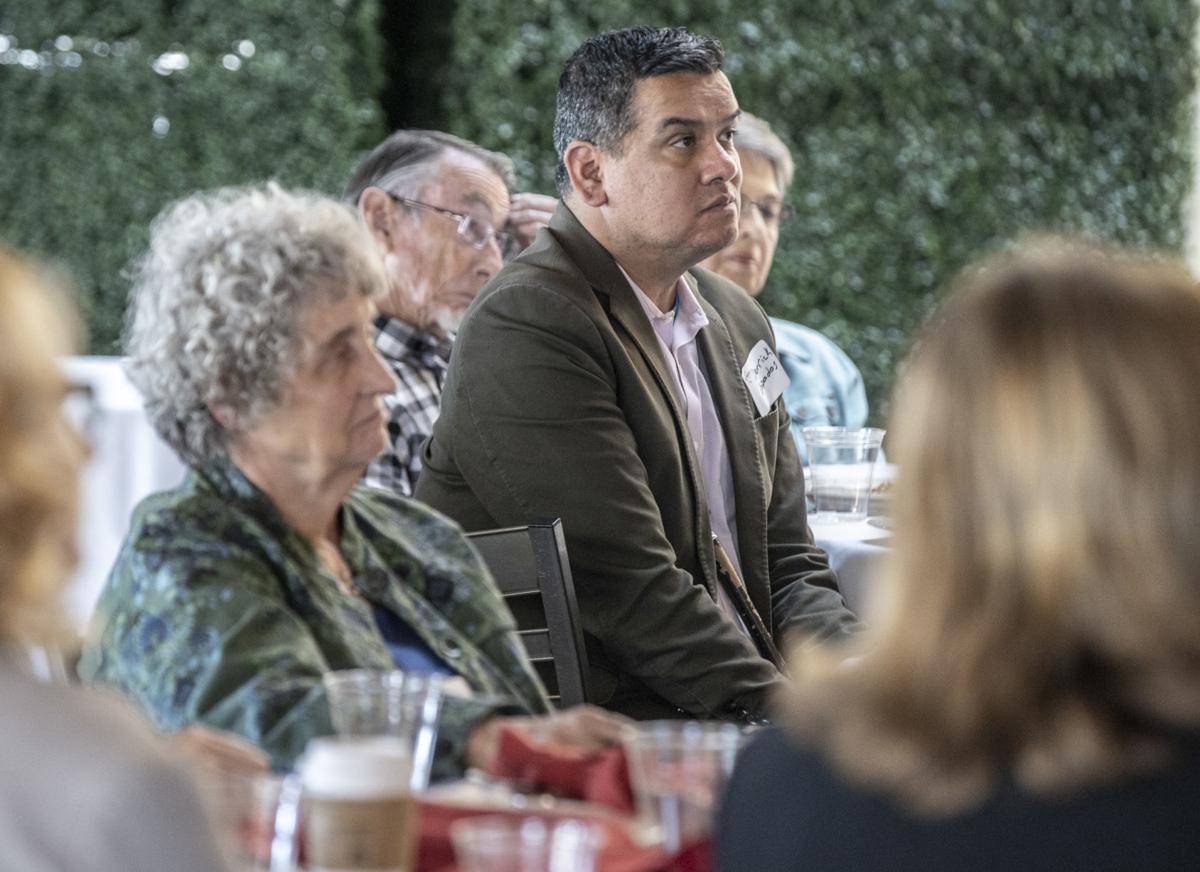 Arizona Town Hall is a nonprofit organization that educates, connects and empowers people to resolve societal issues, such as criminal justice reform, through consensus.