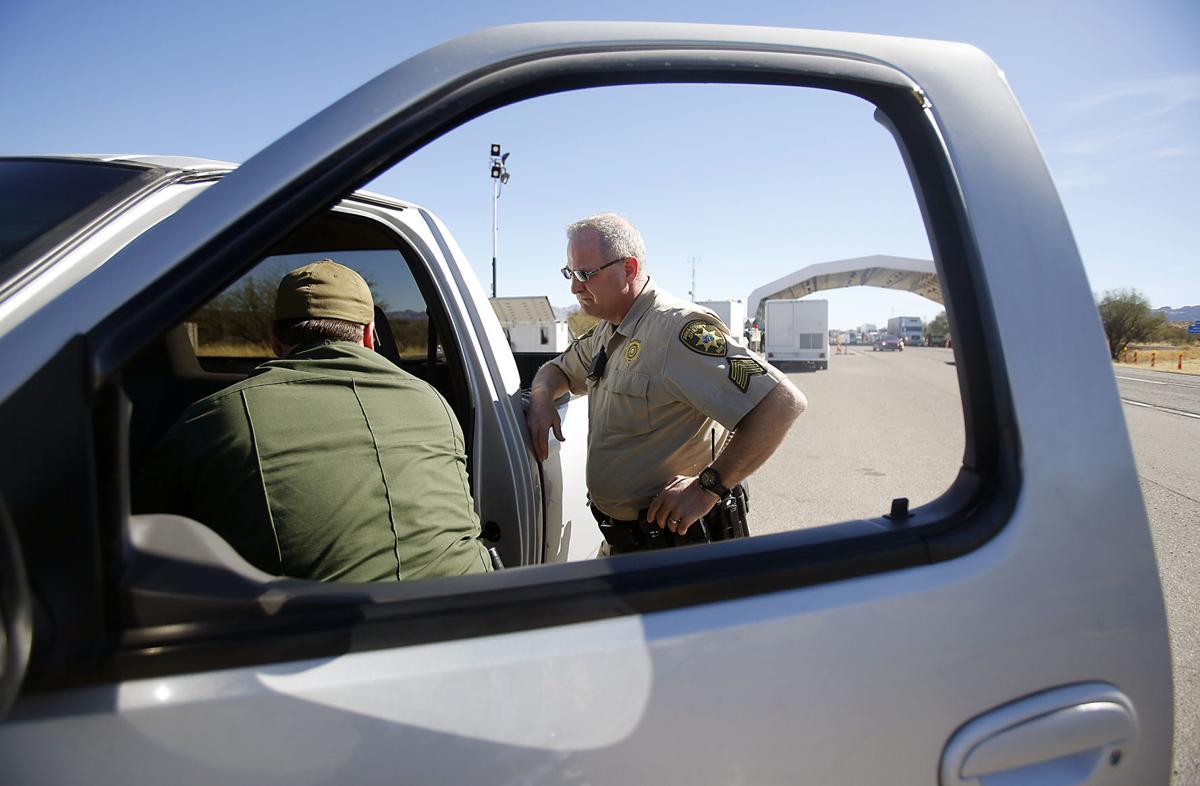 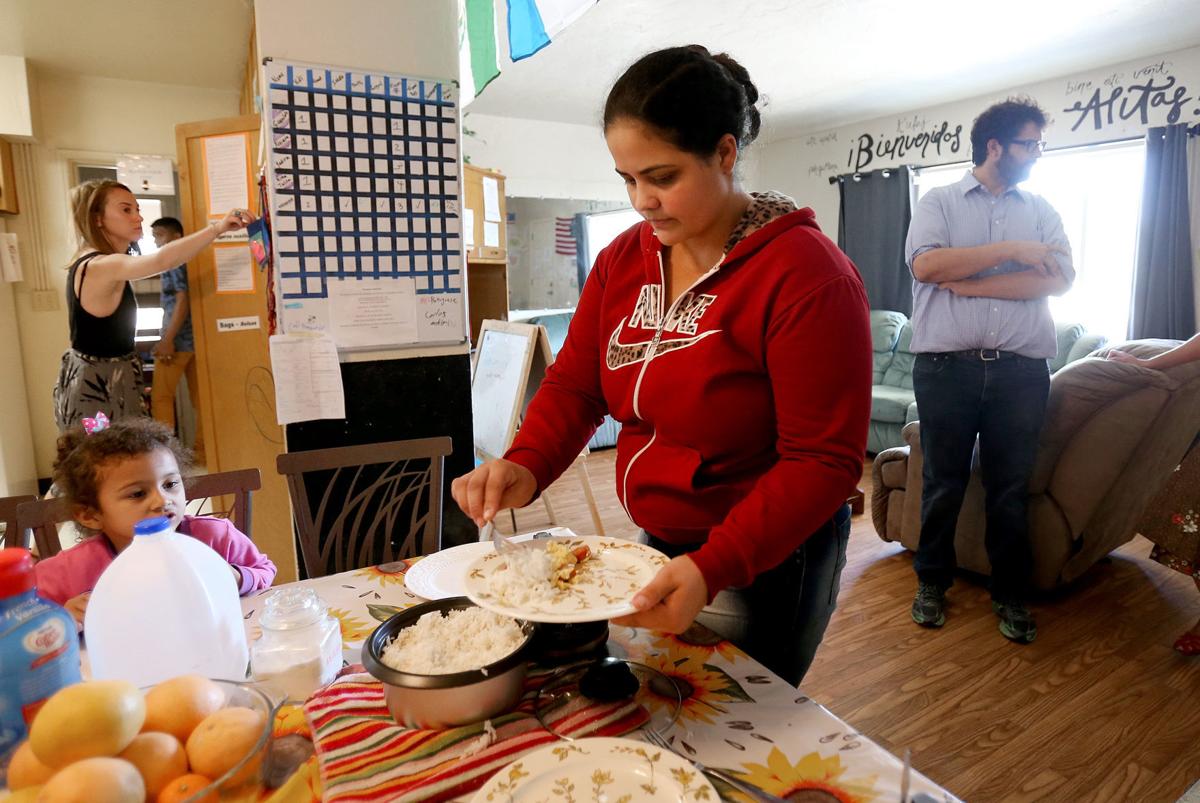 A mother scoops rice onto a plate at Casa Alitas, a shelter that aids migrants who’ve been released from federal custody. Pima County wants to use funds from Operation Stonegarden to offset some of its costs to set up and operate the facility. 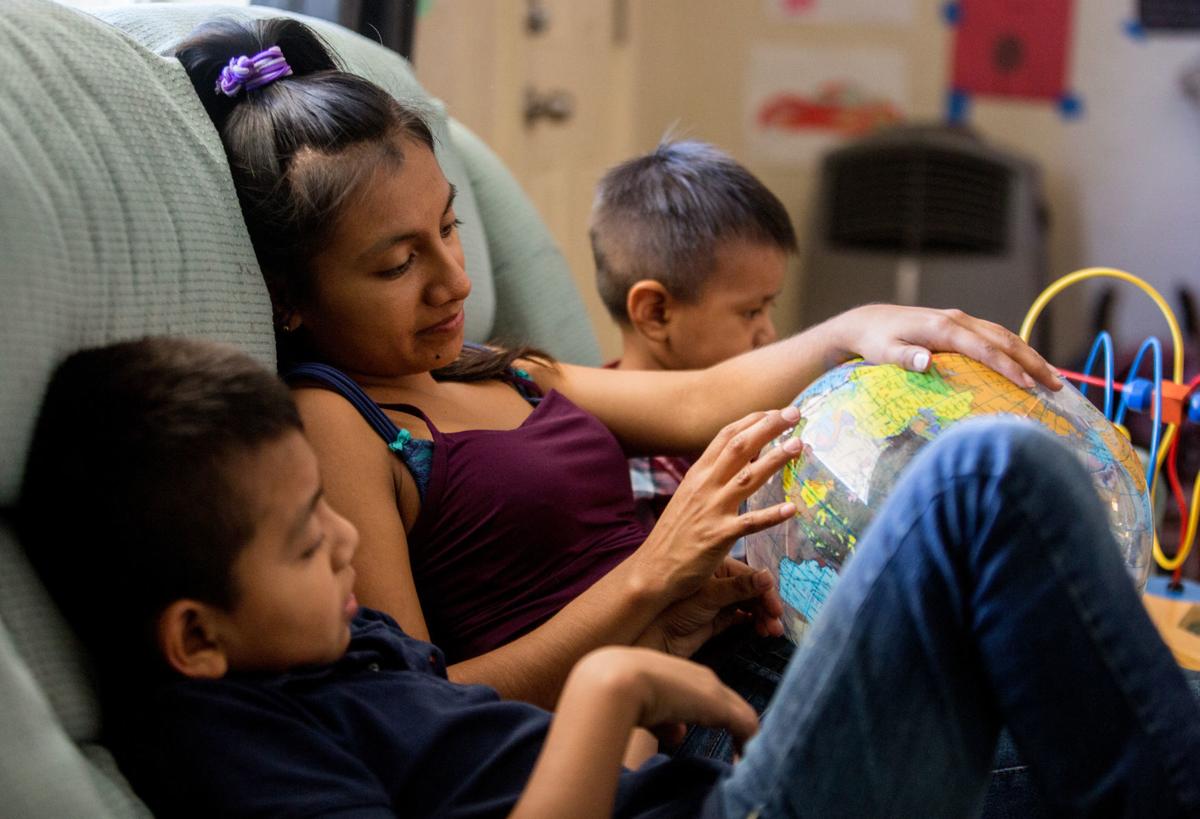 Valentina, center, a 25-year-old migrant mother from Guerrero, Mexico, examines an inflatable globe as she sits with her children at Casa Alitas, a midtown migrant shelter operated by Catholic Community Services.

Pima County is seeking help from Tucson’s congressional delegates as it awaits a decision regarding a request to use Operation Stonegarden funding to offset the costs it incurred at its Casa Alitas migrant shelter.

County supervisors voted in May to modify their acceptance of the federal border security grant to earmark $200,000 to be used for humanitarian aid for asylum seekers. The county turned in a formal request to the Arizona Department of Homeland Security in July, weeks before the Casa Alitas shelter opened in the county’s juvenile detention facility.

County Administrator Chuck Huckelberry told the Arizona Daily Star on Wednesday that he has not yet received a response from the DHS or Border Patrol, which has final approval.

He said the county has spent about $400,000 so far at Casa Alitas, which has helped about 3,500 migrants. That included $300,000 for improvements to the former juvenile detention facility where it’s housed — despite officials saying earlier the amount was under $100,000.

He estimated the county has spent a total of $100,000 on operational expenses, below a $90,000-per-month projection when the initial project was approved.

The county did receive a $27,000 one-time FEMA grant that will be used to help cover those monthly costs. An additional $1.5 million grant remains outstanding. The remaining funding is paid out through the county’s facilities fund.

Huckelberry penned a letter last week that took aim at both the DHS and Border Patrol, saying the former’s policies regarding migrants seeking asylum have “severely taxed the resources of this community.”

“We ask for your direct assistance in resolving this unfair, unreasonable and incorrect interpretation of federal policy regarding the use of OPSG (Stonegarden) funding for humanitarian aid purposes, particularly since the 2018 OPSG funding period expires on December 31, 2019, or less than two months now,” Huckelberry wrote.

Representatives from the offices of Sinema, Grijalva and Kirkpatrick told the Star on Wednesday they have either contacted or plan to contact DHS regarding the request. A spokeswoman for McSally, who last month introduced a bipartisan bill to authorize Operation Stonegarden funding, declined to comment. A spokeswoman for O’Halleran did not immediately respond to a request for comment.

“I have received the letter and will be writing to the Department of Homeland Security addressing the urgent request for humanitarian aid,” Grijalva said in a statement. “Tucson graciously opened its doors to asylum seekers, and I’m happy to help them get the humanitarian funds they requested to continue helping those impacted by President Trump and Stephen Miller’s immigration policies.”

Hannah Hurley, a spokeswoman for Sinema, said in a prepared statement that the office “had a productive conversation with Pima County officials on Friday.”

“Following that conversation, we contacted CBP on the county’s behalf requesting that CBP quickly provide the county an answer regarding their request,” Hurley said. “Kyrsten is concerned that it has taken so long for Pima County to get an answer on this matter and our office will continue working with Pima County to find a potential solution.”

A DHS spokesman directed a request for comment to the Border Patrol. A representative from the Border Patrol’s Tucson Sector said they do “not intend to comment on the letter” and referred the request back to the DHS.

The letter from Huckelberry, at times scathing, provides a timeline of events regarding the county’s request to use funding for Casa Alitas, while also taking aim at DHS and the Border Patrol, including Roy D. Villareal, Customs and Border Protection chief patrol agent in the Tucson Sector.

Huckelberry wrote that the Pima County Sheriff’s Department initially received the Stonegarden grant, worth $1.8 million, on March 1, which included $1.2 million for overtime. That came eight days after the county became aware of a FEMA notice that allowed Stonegarden funds to “directly fund and support humanitarian aid efforts,” according to the letter.

The supervisors voted May 7 to accept the grant and modify it by reducing overtime and earmarking $200,000 of the overtime award to be used for humanitarian aid for asylum seekers, according to the letter. The request application to send the humanitarian aid was turned in July 11.

On that same day, Huckelberry received a letter from Villareal, in which he notified Huckelberry that the Border Patrol “reviews and holds final approval” on the proposed funding based on whether or not it will meet an operational requirement. He urged Huckelberry to also “apply for grant funding from the State Homeland Security Program.”

“As I am sure you are aware, with any grant funding there is an administrative process that needs to be followed before any changes in funding can be made,” Villareal wrote in the letter, which was obtained by the Star.

“Based on these facts it is clear the U.S. Border Patrol has an ideological bias against the provision of humanitarian aid using OPSG funding,” he wrote.

Pima County sought to use some Operation Stonegarden funding to help cover the expense of Casa Alitas migrant shelter.

'Optics are bad,' but Tucson detention center a 'great idea' for migrant families

At the request of the Catholic diocese, Pima County plans to offer a $100-per-year lease to house migrant families.

The Sheriff's Department has applied for a new round of Operation Stonegarden funding and expects to be awarded $2 million. But the Board of Supervisors will have to decide whether to accept the federal dollars.

The board will decide whether to accept nearly $1.5 million in funding, which would also pay for license plate readers.

Board of Supervisors still need to approve 2018, 2019 funding requests.

A mother scoops rice onto a plate at Casa Alitas, a shelter that aids migrants who’ve been released from federal custody. Pima County wants to use funds from Operation Stonegarden to offset some of its costs to set up and operate the facility.

Valentina, center, a 25-year-old migrant mother from Guerrero, Mexico, examines an inflatable globe as she sits with her children at Casa Alitas, a midtown migrant shelter operated by Catholic Community Services.