Paul Cunningham, who was reelected to the City Council from the northeast-side’s Ward 2, addresses the crowd during the city’s inauguration event downtown.

Minutes before Regina Romero was sworn in as Tucson’s mayor, she stood in the lobby of the Leo Rich Theater and explained the pin she wore on her left lapel.

It was of Dolores Huerta, the civil rights leader who has fought for immigrants, women and workers. Romero, Tucson’s first woman and second Latino to lead the city, credited Huerta for opening the door for her and so many others.

“It’s my small tribute to a fearless woman,” Romero said, before heading onto the stage.

The pin was on full display as Romero took her oath of office in front of a standing-room-only crowd. She was greeted with standing applause from family, friends, colleagues and strangers as she pledged to “get to work” lifting Tucson to the next level.

“I am humbled and honored to be your mayor,” Romero said. “Never in my wildest dreams could I have imagined that the daughter of immigrant farm workers would be here today starting a historic journey with you as your mayor.”

Romero’s swearing in followed those of her colleagues. Councilwoman Lane Santa Cruz, Romero’s replacement in Ward 1, went first. She was followed by Councilman Paul Cunningham, who was reelected in Ward 2. Then it was Nikki Lee, who took over in Ward 4.

Then came Romero, who addressed the crowd by saying, “Somos Uno,” or “We are one.”

The ceremony marked the final public meeting for Mayor Jonathan Rothschild and Councilwoman Shirley Scott, both of whom opted to retire instead of seeking reelection.

Scott, who served Ward 4 for more than two decades, told the crowd that under Romero, “there’s going to be a bright future.”

Among the attendees was former UA basketball captain Sue Darling, also a member of the Pima County Sports Hall of Fame and a former women’s head basketball coach at Northern Arizona University. Darling, a self-described fan of women and a fan of Tucson, said she came to the event to “see history.”

“I just think it’s a great time for women to step forward and take the lead,” said Darling, who voted for Romero. “I’m just excited about her vision and her ability to get people together and move together and keep our city marching forward.”

Back in the lobby, Romero admitted that the reality of being mayor had not yet sunk in.

She described the last month since the election as a “whirlwind” and said she’d spent the time rifling through 12 years of files, projects and certificates at her former office in Ward 1 while moving into her new digs downtown.

“Every moment of it, I’ve enjoyed,” she said, adding that one of her few breaks was spent with her family during Thanksgiving.

She’ll start by raising the flags of the Tohono O’odham and Yaqui tribes at City Hall to “pay respect to the place and the lands and the people that are from here.”

Asked if that would take time away from fixing the roads, Tucson’s most infamous problem, she said it wouldn’t be a problem.

Since Tucson combined its police and fire communications centers in 2018, hold times for 911 calls to police have been cut by three-fourths.

Plans are in motion for a $1.2 billion Interstate 10 widening project and reconfiguration of Barraza-Aviation Parkway to keep motorists moving…

After data collected during the spacecraft’s first two solar orbits was released on Nov. 12, two University of Arizona researchers involved in the mission say they are excited about what’s to come.

In the first meeting under new Mayor Regina Romero, the Tucson City Council will vote on whether to take a stance against the Trump administra… 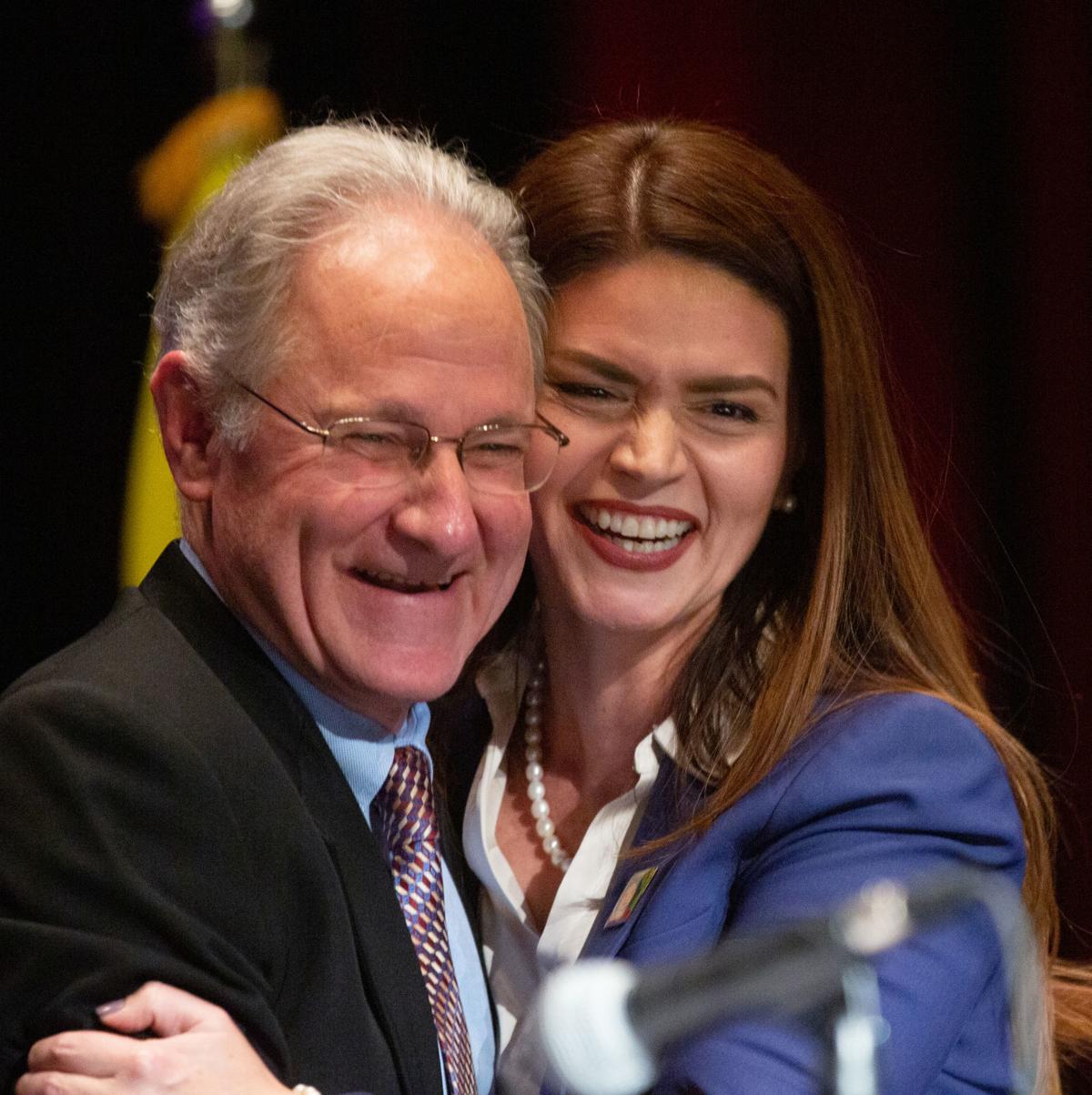 Under a new state law, Mayor Regina Romero and the other three Democrats elected to the City Council last month would serve an extra year, until the end of 2024. 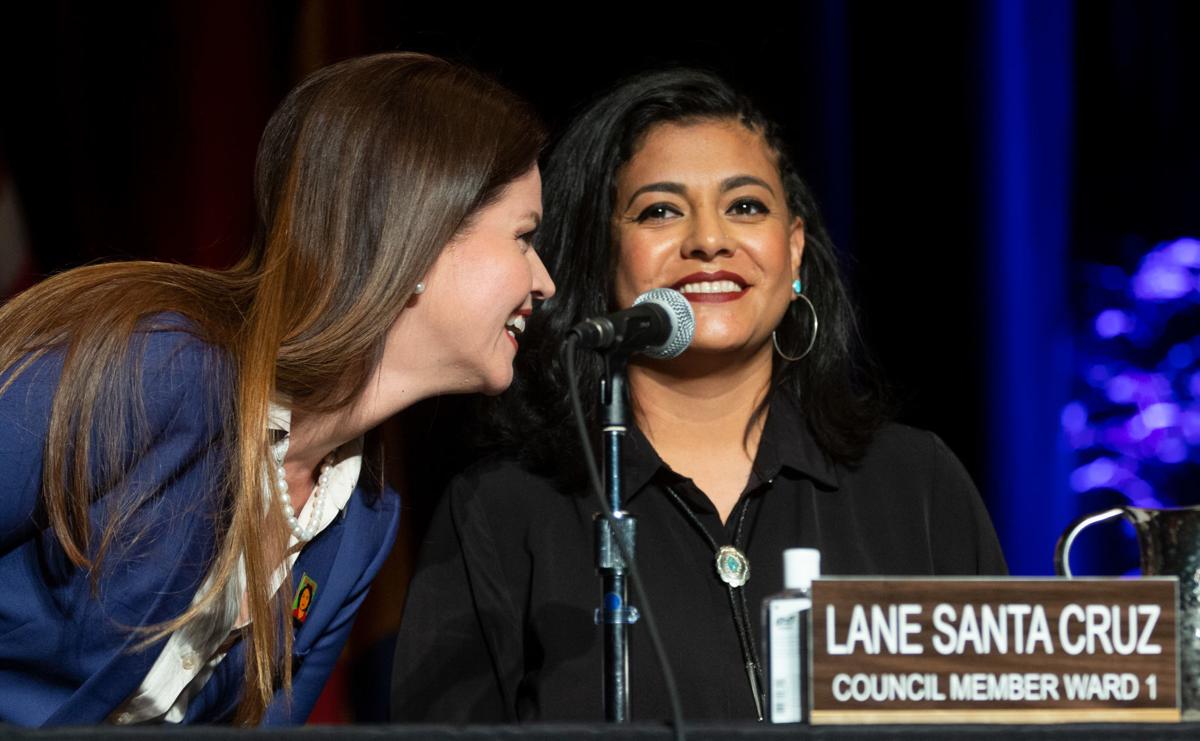 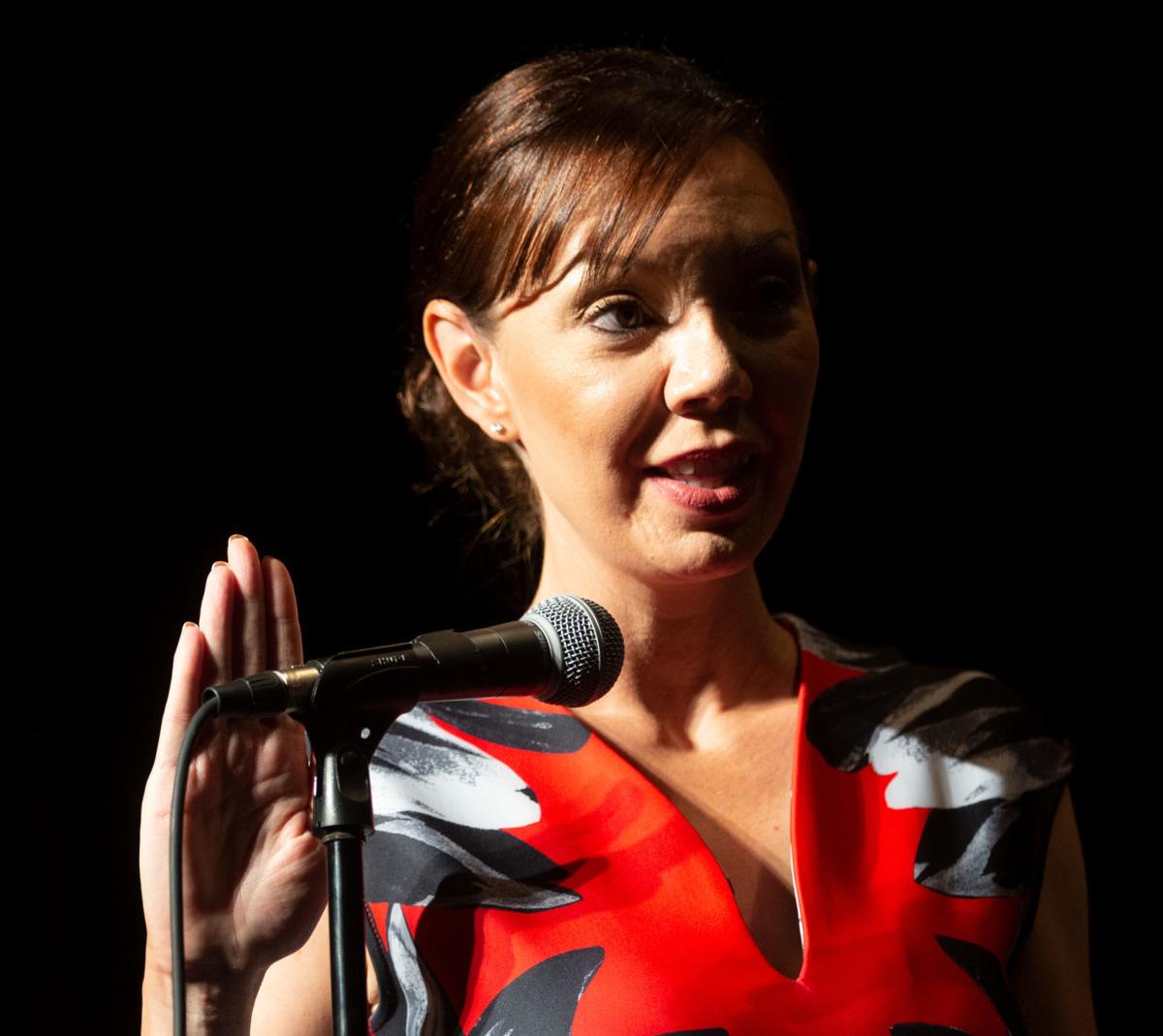 Ward 4 City Council member Nikki Lee is sworn in during the Tucson inauguration ceremony at the Leo Rich Theater. Lee replaced Shirley Scott, who represented the east-side ward for 24 years. 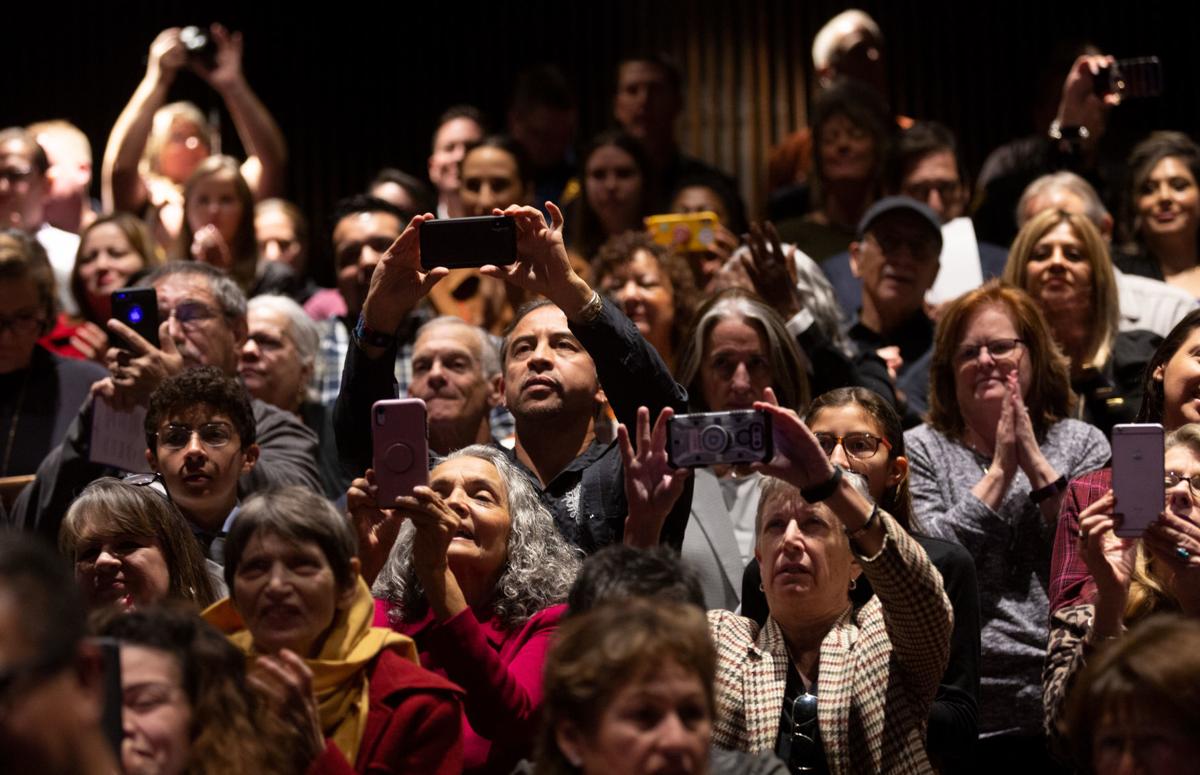 Audience members get videos and stills during the City of Tucson Inauguration ceremony at the Leo Rich Theater in Tucson on Dec. 2, 2019.