Reid Park Zoo is preparing to begin a 3½-acre expansion this spring, a project designed to transport visitors to Asia with a larger tiger habitat, an aviary, reptile house and several new animal species.

The “Pathways to Asia” expansion is the next step in a 10-year, $80 million plan to renovate and improve the zoo, which has been a staple in the Tucson community for over 50 years. Voters approved the initiative in 2017 when they voted yes on a slight sales-tax increase for the next decade, providing between $8 million and $10 million in annual funding for improvements to the zoo.

“The old Reid Park Zoo, in the ’70s with its small enclosures, is no longer acceptable,” said zoo President and CEO Nancy Kluge. “These animals are intelligent and deserve to have the best space that will not only meet their physical means, but their emotional and mental needs as well.”

Construction for the expansion will begin in February or March 2021 and will extend into Reid Park across Lakeshore Drive, taking over the park’s southern pond and Barnum Hill. It will bring several new species to Tucson, including red pandas, fishing cats, sloth bears and a Komodo dragon, and will also provide more space for the animals who already reside at the zoo. For the Malayan tigers, this means a new, 17,000-square-foot habitat that is five times larger than the current one.

“There are only about 300 left in the world of that particular tiger,” Kluge said. “It’s really important for us to tell their story as well as have room to be able to breed these tigers so that they continue to exist.”

Kluge said the zoo has already started to receive some new animals for the expansion, including some birds that will live in the new aviary. The zoo works with other zoos and national organizations to coordinate animal transfers and help find certain species.

“We select species with several things in mind, and one is the need for space when talking to the other zoos and finding animals that we can provide more space for,” she said. “And then we look at considerations like whether they work well in our climate and whether our staff is equipped to take care of them.”

The zoo is already well into Phase 1 of its decadelong master plan and has completed, or is nearing completion, on a number of other improvements.

This includes the new Temple of Tiny Monkeys, which provides an expanded space for energetic monkeys to roam, as well as the lion habitat, where guests will now be able to observe the animal care team working with the lions.

The construction of the Welcome Plaza, as well as the new Flamingo Lagoon at the entrance of the park, is expected to wrap up by the end of 2020 and will be officially revealed in January.

According to Kluge, a big part of these improvements will also be to make repairs or replace the existing infrastructure, including water and electricity lines, some of which are more than 60 years old.

In preparing for the next step of Phase 1, the 3½-acre expansion, zoo leaders said they’ve worked closely with local officials to ensure the process is as seamless as possible and doesn’t disrupt any nearby wildlife or nature. Kluge said the ducks who live at Reid Park, for example, will still have access to the park’s northern pond and will also be able to fly in and out of the zoo after the expansion.

“As a conservation organization, animal care is our top priority,” she said. “Protecting habitats within the park is just as important to us. So, we went and contacted the Arizona Game & Fish Department and other wildlife officials to talk about the plan and make sure everything was done the right way.”

In addition, Kluge said the zoo also consulted with an arborist to evaluate the trees in the area and revised plans to ensure they could work around them.

For Tucson City Councilman Steve Kozachik, who represents Ward 6 and the Reid Park area, the zoo’s master plan is a much needed step into the future and will ensure the safety of animals for years to come.

“People need to remember that the zoo expansion project was planned in collaboration with input from veterinary experts and consistent with continuing the international accreditation the zoo holds,” he said. “This is about improving the habitat for the animals, enhancing the experience for visitors to the zoo, and most importantly to me it will continue the great work in animal conservation the zoo is involved with. I know all of those are reasons the public embraced the expansion when it was approved a few years ago.”

The zoo has also facilitated more than 100 public meetings and presentations to get feedback from the community on the expansion project, a process they said has given them great insight into the support that residents have for the project.

“Our goal is always to be able to provide the best care and best space for these animals, with the ultimate goal of connecting people with these animals so that they can also understand how intelligent and amazing they are, and give people actions they can take to be able to protect animals in the wild,” Kluge said.

After the “Pathways to Asia” expansion is completed in early 2023, the zoo will move onto Phase 2 of the master plan, which will transform the middle of the zoo into an African safari with lions, elephants, rhinos and improvements to the area’s infrastructure. In Phase 3, the zoo’s South American habitats will be renovated and the park’s gift shop will be expanded.

In addition to improvements at the zoo, Reid Park is also being spruced up. City officials are planning to add a splash pad and renovate existing playgrounds, walking paths, as well as the DeMeester Outdoor Performance Center. The north pond and water fountain will also be getting a new pump system, which will improve water quality for the local ducks.

Photos: The Reid Park Zoo is Receiving a Facelift and Expanding

The Reid Park Zoo is making improvements and expanding thanks to a sales tax increase approved by voters in 2017. The entryway has been redone…

OPINION: Tucson voters approved the plans to expand and improve the zoo, write officials. Here are some details.

Community members have said they were blindsided after finding out the zoo’s 3½-acre expansion would take over Reid Park’s southern duck pond and Barnum Hill. 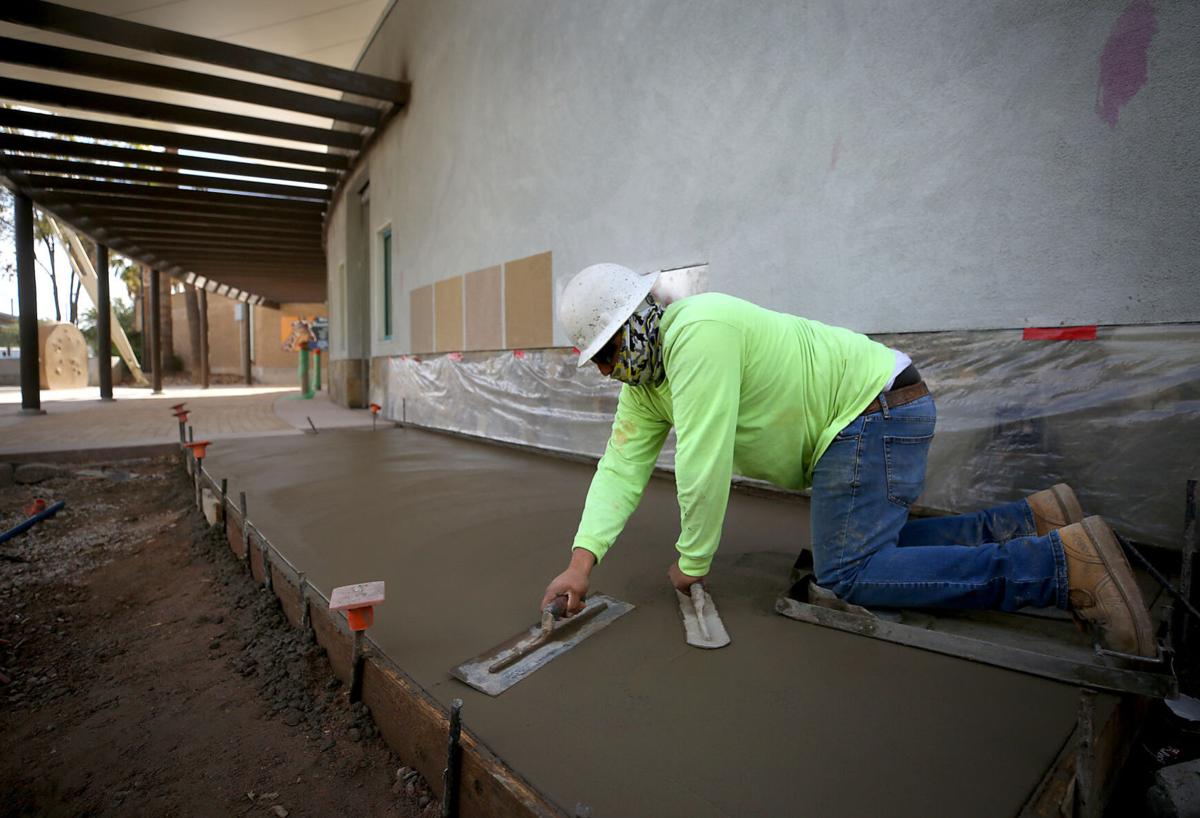 Manuel Figueroa, of Concrete Edge, smoothes out an area near the entrance at the Reid Park Zoo, 3400 E Zoo Court, in Tucson, Ariz. on November 12, 2020. The zoo is making improvements and expanding thanks to a sales tax increase approved by voters in 2017. 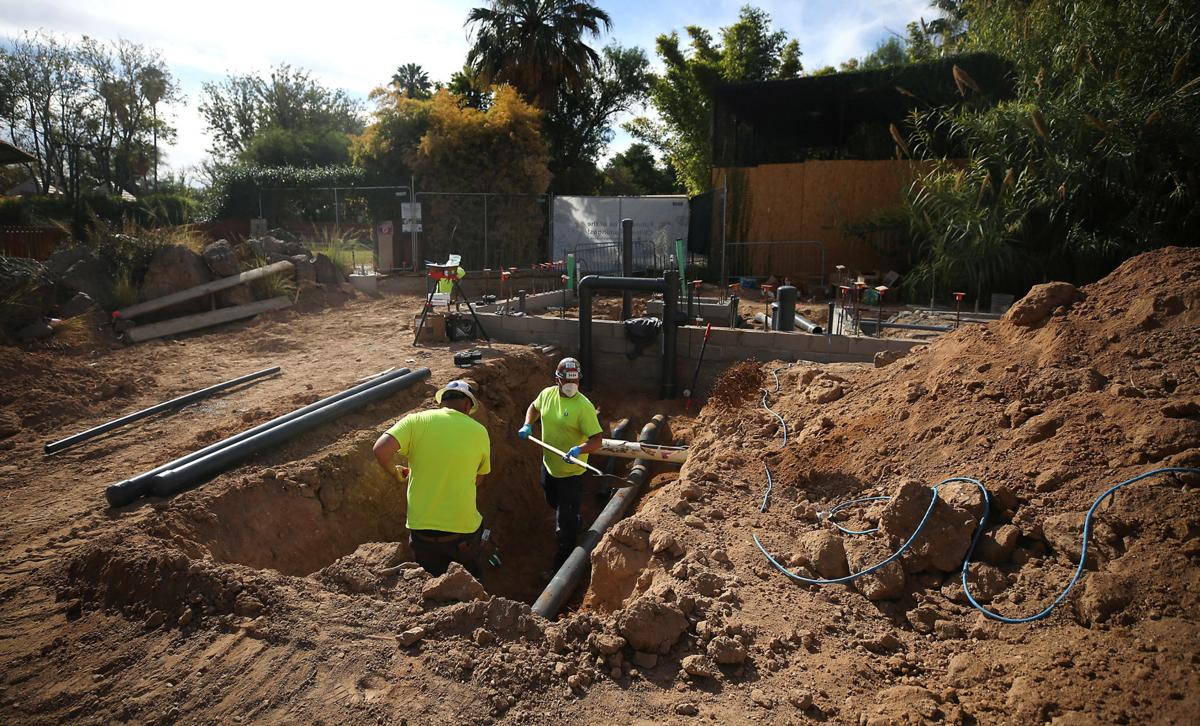 Construction continues on a new flamingo habitat at the Reid Park Zoo. Malayan tigers, too, will have more room to roam thanks to a sales-tax increase approved by voters in 2017 that provides between $8 million and $10 million annually for zoo improvements. 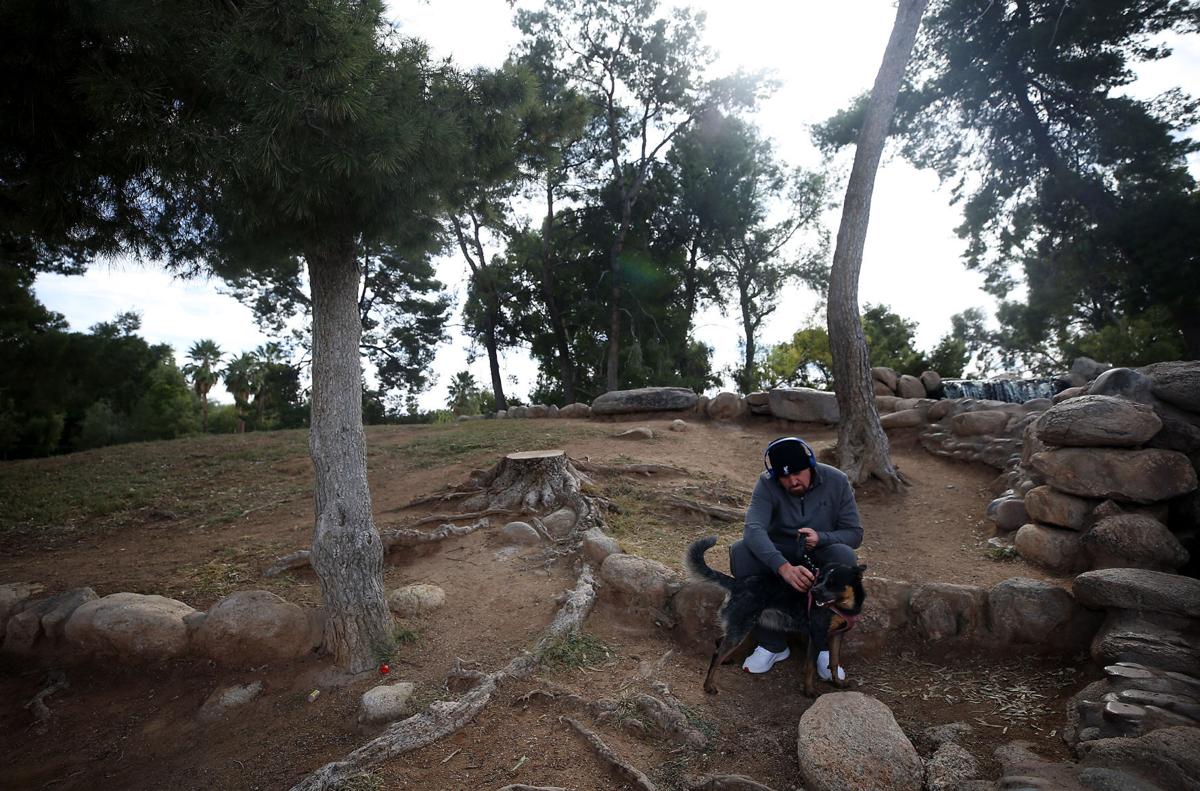 The 3½-acre zoo expansion would take over Barnum Hill, where Jeff Whitehead regularly walks his dog. The city insists voters approved this expansion in 2017. 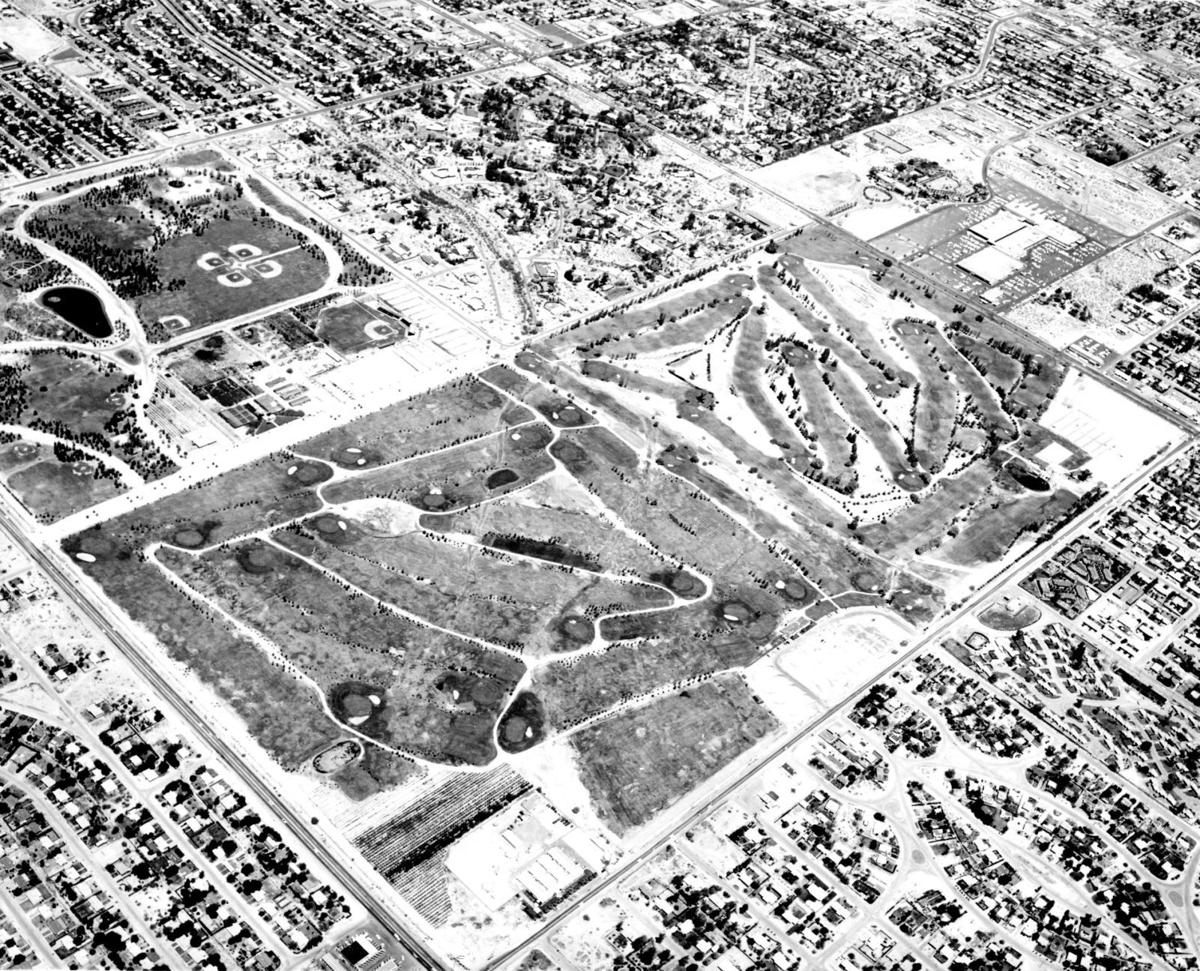 Randolph Municipal Golf Course, Tucson, from the air in 1962. Hi Corbett Field is upper left. The historic, original El Conquistador Hotel is upper right, along with the El Con Mall prior to expansion. Where's the Reid Park Zoo? Well, it's not there yet. A very small version of the zoo opened in 1965.