Several hundred protesters marched from downtown Tucson, up North Fourth Avenue and to the University of Arizona Saturday night, with few apparent incidents — in stark contrast, for several hours, to the vandalism and confrontations of the night before.

However, not long after 11 p.m. Saturday, the situation became more tense and chaotic as marchers remaining after a rally at UA tried to return to downtown but police formed lines to block their access. This led some groups to splinter and disperse, but confrontations also broke out.

Some officers appeared to rush protesters, people started running, some confrontations with officers were seen and police fired paint balls.

Stay with Tucson.com for more news about this evolving situation.

The night had begun peacefully, as marchers chanted "I can't breathe," echoing some of the final words of George Floyd, the unarmed black man who died Monday in police custody in Minneapolis, where an officer pinned his neck to the ground with his knee.

As the marchers approached their rallying point at UA's Old Main, cars honked and onlookers cheered in support, while a police helicopter circled overhead.

Speakers took to a podium outside Old Main, with one UA student, for example, beginning her talk with the words, "This is what it's like to be black in America ... terrified."

"This is something that we stand for," said another protester, Yani Langley. "There’s a lot of police brutality happening all over the United States and we just wanted to do our part and come out here and use our voice since we all have one. And just make a difference where we can."

Many businesses in downtown and along North Fourth Avenue closed early, and some displayed signs in the windows saying "Locally, family owned," or "Owned by women," in attempts to avoid the smashed windows and graffiti damage sustained by numerous downtown businesses during the protest the night before. Police Chief Chris Magnus estimated the Friday damage at likely more than $200,000.

Determined to avoid a repeat, police blocked streets into downtown Saturday, pledged a presence of hundreds of officers, and Magnus announced that lawbreakers would be arrested and jailed, rather than cited and released.

Also, Mayor Regina Romero and African American community leaders, among others, urged Saturday afternoon that any continuing demonstrations be peaceful.

And earlier in the night, reporters saw a couple of taggers paint a North Fourth streetcar station with an acronym standing for a profane anti-police slogan.

TPD Chief Magnus: What happened to George Floyd in Minnesota is indefensible

OPINION: "The Tucson Police Department has been ahead of the curve in working to bring each of these elements to bear on issues of race, use of force, and all aspects of our service to the public," writes Chief Chris Magnus. 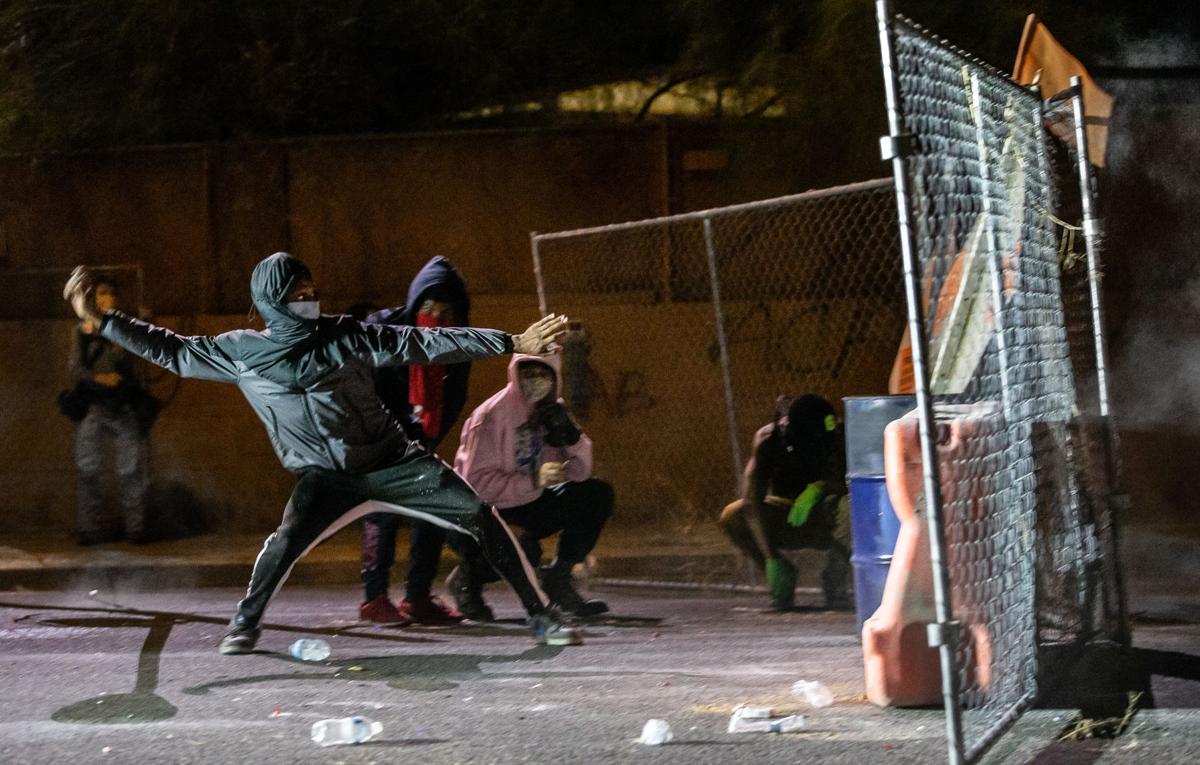 A demonstrator throws an object towards the Tucson Police Department line near 6th Avenue and 7th Street during the second night of protests in Tucson, on May 30, 2020. The protest in Tucson was similar to those in numerous cities across the United States following the police killing of George Floyd in Minneapolis. 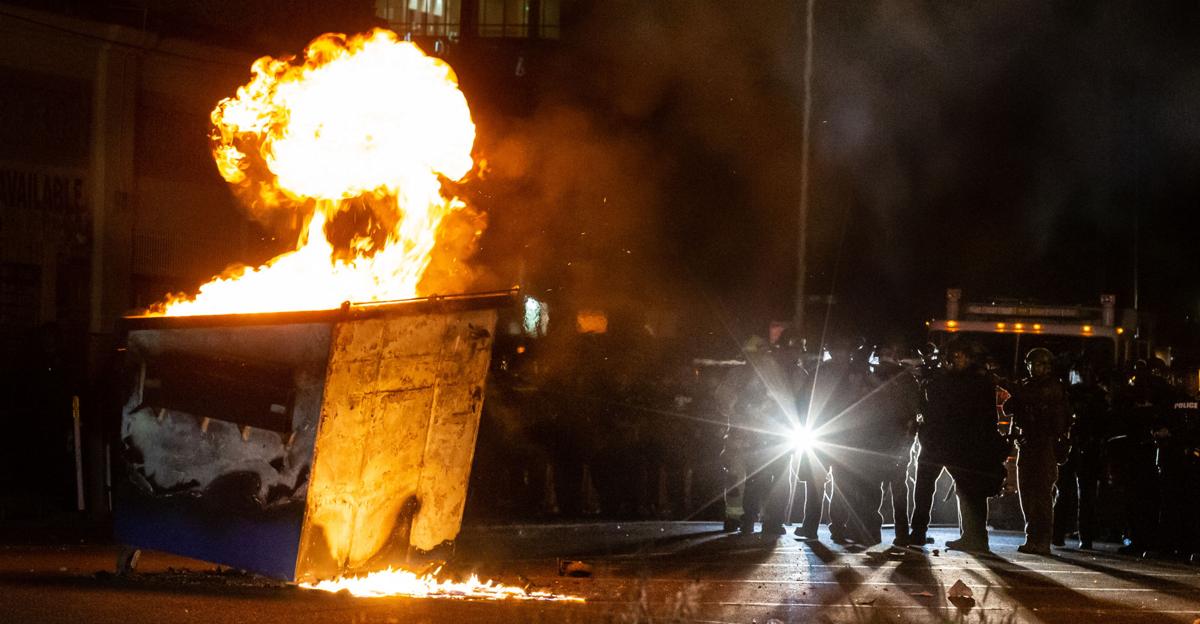 Tucson Police Department officers approach a dumpster lit on fire by protestors near 6th Avenue and 7th Street during the second night of protests in Tucson, on May 30, 2020. The protest in Tucson was similar to those in numerous cities across the United States following the police killing of George Floyd in Minneapolis.