Sheila Tobias, Tucson feminist who investigated math anxiety, dies at 86
Share this
1 of 2 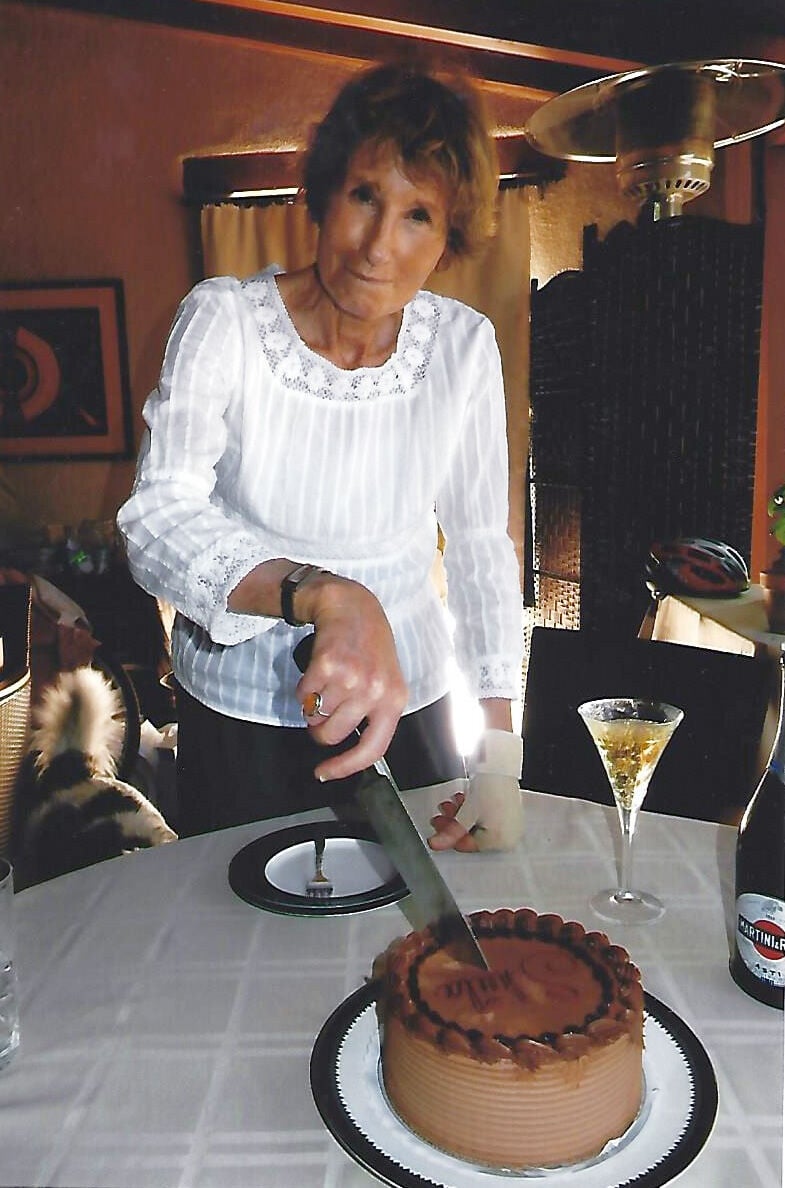 Sheila Tobias spent nearly half of her life researching women's anxiety toward pursuing math and science fields. Tobias, an outspoken feminist activist, lived the last 40 years of her life in Tucson, where she pursued her research and advocated for women’s equality. 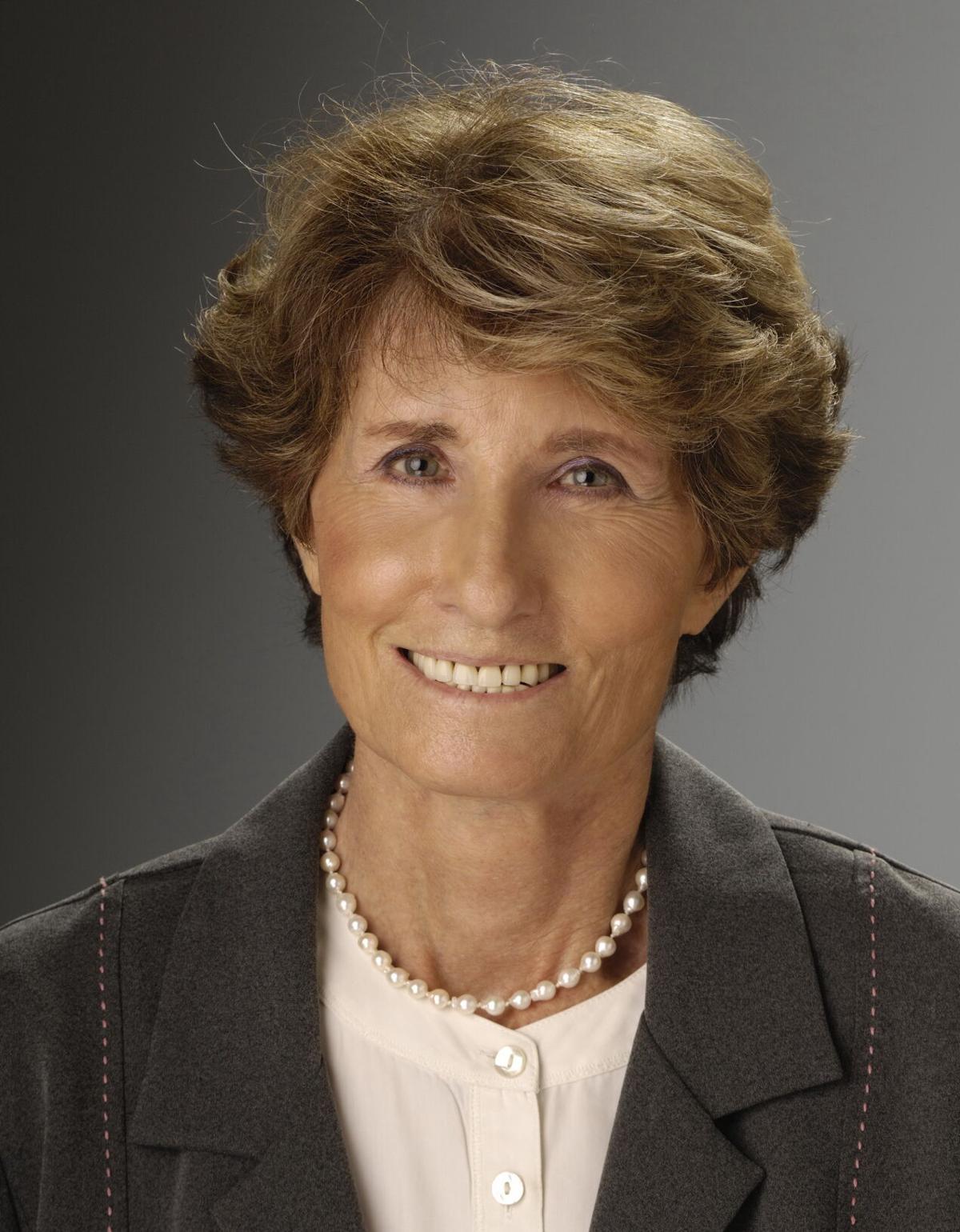 As she worked her way through the ranks of academia during the 1960s and '70s, Sheila Tobias kept noticing something: Female students seemed to avoid studying math and science.

Tobias, who authored more than 10 books related to math anxiety as well as the military and feminism, spent nearly half of her life researching women's anxiety toward pursuing math and science fields. An outspoken feminist activist, Tobias lived the last 40 years of her life in Tucson, where she pursued her research, advocated for women’s equality and often left an impression on the people she met.

“I was always in awe of her absolute self-confidence. I think that’s what set her apart from so many other women,” said Alison Hughes, a retired public health policy professor at the University of Arizona and Tobias' longtime friend.

“She was able to drill down into the roots of women’s oppression, and not just find out where the gaps were in women’s contributions to society. She was able to take on the work to fill in the gaps to make sure women were contributing at all levels, particularly in the sciences,” Hughes said. "Sheila was an icon in the women’s movement. Her writings opened the doors of the sciences to women whose talents had been ignored and shut out for decades."

Now, Tobias’ death at the age of 86 earlier this month leaves a “void” in the community, said Hughes, who first met Tobias at a feminist speaking event in Tucson soon after Tobias moved to Arizona in the 1980s.

“When Sheila moved to Tucson, we were very excited because she was an East Coast activist, and we were getting the benefit of her experience,” said Hughes, who was an active member of the local chapter of the National Organization for Women at the time. Tobias and Hughes remained friends up until Tobias’ passing, often attending the symphony, eating dinner together and always sharing stimulating conversation.

“She was an amazing scholar,” said Hughes, who described her old friend as trusting, spirited and incisive. “Sheila had that amazing talent of being able to shape words into something really meaningful for women who were struggling with equality issues.”

Born in New York in 1935, Tobias earned bachelor’s degrees in history and literature from Radcliffe College in 1957. She worked as a journalist for a few years before attending graduate school at Columbia University, where she eventually earned two master’s degrees in history. During that time, she followed her partner to Cornell University, where she became an academic administrator by the late 1960s and entrenched herself in the gender equality movement of the era.

“The women’s movement is where my personal and professional life got restarted in the 1960s and 70s,” Tobias told Physics Today in an interview last year. At Cornell, Tobias organized one of the first campus conferences on women and helped teach one of the first women’s studies courses in the nation. "I was captured by the analysis that was offered by very brilliant women like Kate Millett and Gloria Steinem. The analysis was that when women underperform, it suits the power structure: Somebody is benefiting from us being under-assigned and underpaid.”

From 1970 to 1978, Tobias, an active member of the NOW who became personal friends with Steinem, served as associate vice provost of Wesleyan University in Connecticut. In addition to spearheading efforts to hire more female faculty members, that's where she developed her pioneering research into the concept she dubbed “math anxiety.”

“I thought there was a big subject out there that nobody was tackling: Smart, ambitious college girls were just “sliding off the quantitative” without objecting, not blaming anybody but themselves, and the university was not paying attention,” Tobias recalled. “The issue was lying there in front of everyone. It was just waiting for me to pick it up.”

Pick it up, she did.

Tobias opened a math clinic on campus for anxious students, and in 1978 published the book Overcoming Math Anxiety, which explored gender biases in the field of mathematics. She started giving guest lectures in women’s studies at the UA before ultimately relocating to Tucson in the early 1980s, marrying the late UA physicist Carl Tomizuka, and establishing herself as a local force for feminism.

“She’s a good example of a scholar activist — someone who wants to understand things and use that knowledge to make a difference,” said Patricia MacCorquodale, a professor emerita in the UA Department of Gender & Women’s Studies, who has known Tobias since the 1980s. “She was dedicated to doing that for her whole life.”

In Tucson, Tobias worked as an independent scholar and education consultant for decades. Starting in 1997, she became a consultant for the Alfred P. Sloan Foundation and researched the role of the professional science master's degree, which is designed for students who are interested in the intersection of business and science, in the 21st century. Feminism and science education remained at the forefront of her activism in Tucson, and over the years, Tobias was affiliated with UA’s women’s studies department, served on the Pima County/Tucson Women’s Commission and the Women’s Studies Advisory Council at the UA, and continued to deliver lectures about math anxiety.

“She had a really brilliant mind. She would ask really penetrating questions,” said MacCorquodale, who noted Tobias' focus on "the big picture," and her ability to "get you to think about your work in ways that you hadn’t.”

That kind of innovative thinking is what makes Tobias’ research on math and science anxiety so groundbreaking, said Marilyn Heins, retired vice dean of the UA College of Medicine who knew Tobias for some 40 years.

“She was an original thinker,” said Heins. “She wrote an intelligent academic book looking at things no one knew was going on, like how many more times teachers called on boys with their hands raised than girls. She really broke the barrier with this.”

As Heins recalls, Tobias’ passion for learning didn’t stop during her leisure.

“She was an excellent conversationalist,” said Heins, who remembers frequent Starbucks meetings where she and Tobias would “solve the world’s problems,” or chatting so long in Heins’ swimming pool their skin started pruning.

“She desperately wanted to make sure that people understood what she was trying to say,” said Heins, who is confident people will remember Tobias’ contributions toward women’s equality.

“She won’t be forgotten. I think people will continue reading her books, and she’ll be well-known in the world of feminism.”

Kathryn Palmer covers higher education for the Arizona Daily Star. Contact her via e-mail at kpalmer@tucson.com or phone at 520-341-7901.

Your guide to voting in Tucson’s Aug. 3 primary election

The primary race for Tucson City Council seats representing Ward 3, 5 and 6 is slated for Aug. 3. Here's what you need to know.

The state's declaration of emergency, however, remains in place.

Between the five Democratic candidates who campaigned for either Ward 3 or 6, there's a wide range in how much money each one raised.

For Star subscribers: The Center for Middle Eastern Studies at the University of Arizona is helping Afghan scholars it has worked with and their families get visas and evacuate the country.

Sheila Tobias spent nearly half of her life researching women's anxiety toward pursuing math and science fields. Tobias, an outspoken feminist activist, lived the last 40 years of her life in Tucson, where she pursued her research and advocated for women’s equality.