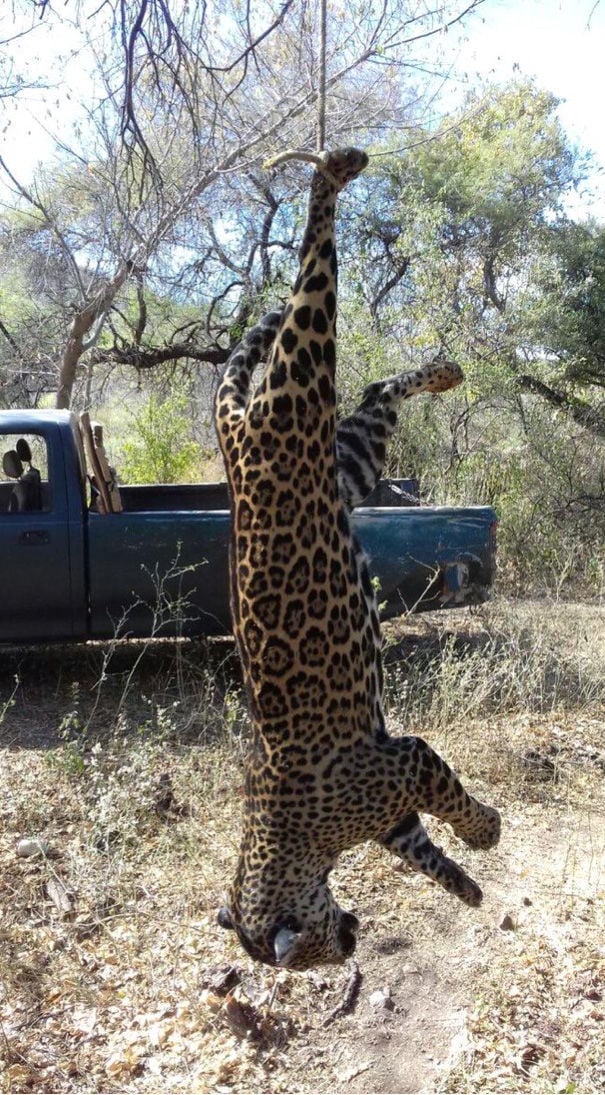 These jaguars were likely taken in Sonora, said Ivonne Cassaigne, a Mexican veterinarian and jaguar researcher. 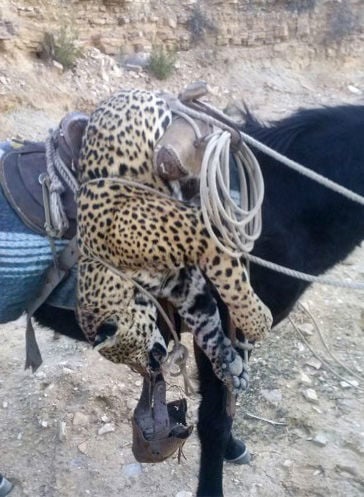 In one large swath of jaguar habitat in northeastern Sonora, researchers have documented a sharp decline in jaguar detections over six years.

In a neighboring swath, other researchers have shown an up-and-down cycle of jaguar detections over eight years.

These findings caused concern and alarm, but also uncertainty and a broad discussion over solutions at a daylong session held in Tucson last week on the large cat. The species is listed as endangered in the United States and Mexico.

The up-and-down trend occurred in a private jaguar reserve and its surroundings, lying at least 110 miles south of the U.S.-Mexico border cities of Douglas and Aqua Prieta. There, conservationists have worked closely with neighboring ranchers to try to prevent jaguar killings.

The sharp decline occurred northeast of the reserve, in an area of Sonora dotted with cattle ranches that’s known for human-jaguar conflicts, including documented jaguar killings.

Mexican veterinarian Ivonne Cassaigne, of the group Primero Conservation that found the declining numbers, described them as alarming. Her presentation featured photos of killed jaguars, including one hanging by a rope in a 4-month-old photo the group received from anonymous sources over the messaging system Whatsapp.

She called for relocating jaguars from Sinaloa, south of Sonora, into the United States to improve this country’s population and for banning a commonly used pesticide in Mexico, where she said there have been some jaguar poisonings.

But other conservationists said the findings don’t show conclusive evidence of a crash in the broader Sonoran population, whose health is considered vital for jaguars in the U.S. and for its own sake.

“The scale of time and space in this research is too small to make a thorough assessment,” said Sergio Avila, a longtime large-cat biologist in Tucson who works for the Sierra Club. “As big as these properties are, I think it needs a much bigger area, or more time to collect information and to broaden the perspective.”

The fate of Sonoran jaguars is of major interest in this country because it’s generally accepted that the tiny number of jaguars seen in the U.S. — seven males since 1996 — needs a healthy northern-Mexican population to thrive.

Avila told the gathering that it’s important to consider jaguars living along both sides of the border a single population: “These cats don’t see political lines, they don’t know where state boundary lines are. They know where the habitat is.”

A total of 12 male jaguars have been seen since 1996 in the borderlands area in both countries, he said. That’s well north of where the latest data was gathered.

These findings were presented in the daylong session on jaguar conservation held at the Madrean Conference. The fourth of its kind since 1994, it was a five-day event in which researchers and conservationists discussed the current state of knowledge on the biologically rich “sky islands” mountain ranges of southeastern Arizona, southwestern New Mexico and adjacent Mexico.

Researchers identified 13 adult males, 11 adult females and two kittens. Primero researchers haven’t yet analyzed more recent jaguar detections, Cassiagne said. “But I can tell you that from 2015 to 2018, the presence of jaguar is lower” in that area than before, she said.

During Primero’s research, “We were notified of six killed jaguars,” including deaths of two collared animals researchers had been monitoring, she said.

“So, mortality due to illegally killing of jaguars is the main factor in the decline,” Cassaigne said. While some jaguars may have simply moved to other areas, in the past, “We also had others coming in,” she said.

Detections rebounded in 2017 and have risen at a faster rate in the first few months of 2018, said Carmina Gutierrez-Gonzalez, a biologist at the reserve, which is run by the Northern Jaguar Project, a nonprofit conservation group based in Tucson. It's important to note that although detections declined for a number of years, the survival rate of the jaguars who were detected in those years remained constant, offering a positive and hopeful sign, Gutierrez-Gonzalez said.

The research covered about 196 square miles in eastern Sonora. It includes the jaguar reserve and a neighboring area containing 14 cattle ranches; the jaguar project has paid ranch owners each time a jaguar turns up on a camera on their land.

The photos have detected 23 females, 24 males and 21 whose sex couldn’t be determined, Gutierrez-Gonzales said. She said she’s not alarmed by jaguar detection declines, in part because she believes some or many of them were caused by changes in research methods. Also, cameras on the reserve would get old and need replacing, which could have reduced jaguar detections, she said.

Randy Serraglio, of the Tucson-based Center for Biological Diversity, helped organize and moderate the jaguar session.

Overall, the data is of great concern to Serraglio, “But we need more work, more study, to see trends over a long time,” he said.

“The problem with jaguars is there are so few of them it makes it very difficult to discern trends. You’ve got a relatively small number of data points and a huge area under consideration,” he said. “And you have an animal that moves around a lot.”

With jaguars clearly under pressure in Sonora from habitat destruction, killing and other factors, “That makes it all the more important that we protect habitat here in the United States. We have millions of acres that can provide safe haven for dispersing,” he said.

In a panel discussion at the conference, Cassaigne said that if the U.S. wants female jaguars up here, to bring back the species it needs to relocate some from Sinaloa, where she says jaguars are apparently doing better than in Sonora.

Many jaguar experts say natural jaguar migration from Sonora is the best hope for U.S. jaguars, but, “Our population is not stable. If it’s declining, how do you expect it to disperse?” at least in the short term, Cassaigne said.

Before considering that, “I’d need to see where this has worked before,” countered Avila, arguing that moving jaguars could be a death sentence for them.

“Cats get attached to an area and they will go back to where they came from,” he said.

While Cassaigne said mountain lions moved from Texas to Florida have survived, Avila said researchers for many years used mountain lions as surrogate species to study jaguars, and that didn’t work out.

And while bighorn sheep have been successfully moved to Tucson’s Catalina Mountains, moving jaguars into this country would be a lot more complex, he said.

Virtually all participants agreed on one point: that conservationists and biologists need to work more with ranchers living where the jaguars roam to improve hopes for the big cats and to better understand ranchers’ values.

Interior Secretary Ryan Zinke's statement comes as the Fish and Wildlife Service reviews a proposed plan to bring back the jaguar from its endangered status.

No way, federal officials say, because the cats' real hope for recovery lies in Mexico.

It's the first confirmed jaguar sighting ever at Fort Huachuca.

A male jaguar was photographed in the Santa Rita Mountains 118 times over three years.

These jaguars were likely taken in Sonora, said Ivonne Cassaigne, a Mexican veterinarian and jaguar researcher.