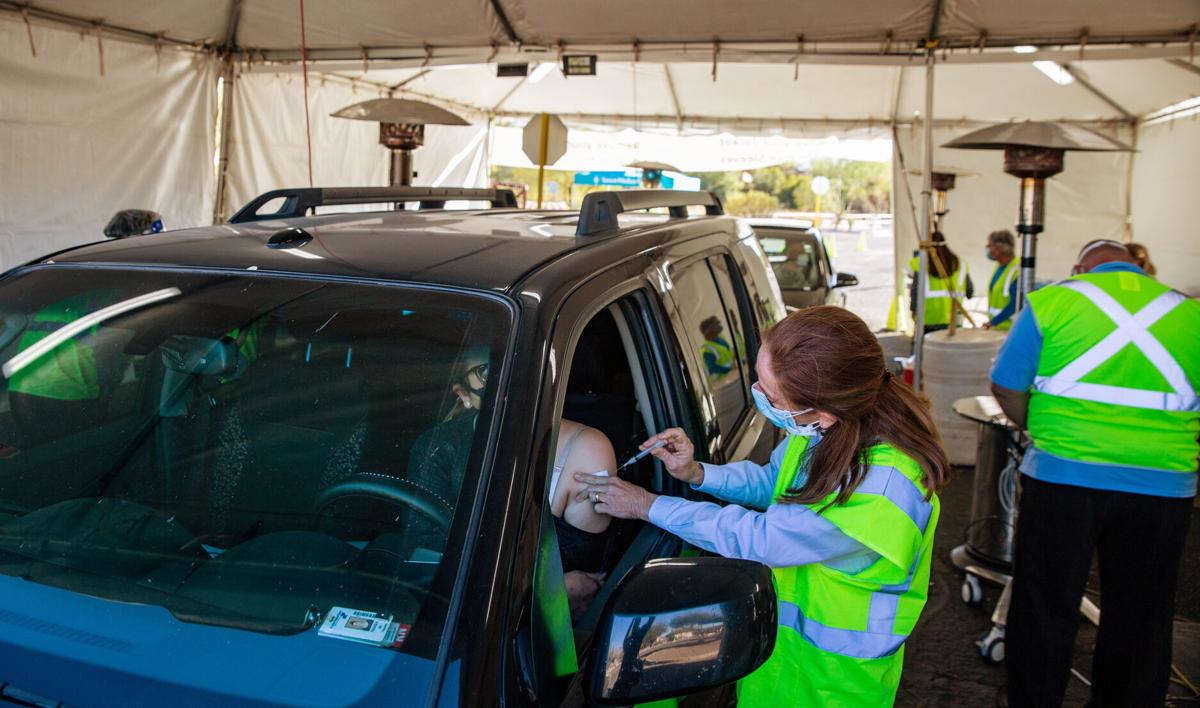 Some Tucsonans vaccinated at Tucson Medical Center sites were dismayed to learn their registration information was passed along without their knowledge to the TMC Foundation, which raises money for the hospital.

A bill shows a COVID “administration fee” after a patient visit to Banner-University Medical Center South.

Coronavirus vaccines are supposed to be free, but that hasn’t stopped two major Tucson medical providers from sending out requests for money.

Some of the thousands vaccinated at Banner Health sites in Tucson were wrongly billed, while thousands more who received shots at Tucson Medical Center were solicited for donations after TMC shared their contact information with the hospital’s fundraising branch, the Arizona Daily Star has learned.

Tucsonan Robin Tricoles said she recently reported Banner to a government hotline after receiving a $71 bill for COVID vaccine “administration fee” — a fee specifically prohibited by a federal agreement all health-care providers must sign when they register to distribute the vaccines.

“I started to pay it, then I thought ‘Hey wait a minute, isn’t it supposed to be free?’” she recalled. “I wonder how many people ended up paying because they didn’t know any better.”

About 163,000 vaccinations have been dispensed at Banner’s two hospitals in Tucson. An official declined to say how many people were billed in error or how many paid the bills, but said anyone who paid can ask for their money back by calling the phone number on their invoice.

The errors may have happened when staff or volunteers entered incorrect information into a billing database during the vaccination drive, Banner spokeswoman Rebecca Ruiz McGill said.

“A bill may have been sent in error to a patient if all the necessary fields and boxes were not completed correctly in the electronic system,” she said. “Banner implemented checks and balances to ensure patients were not billed; however, there still may be human error.”

Tucsonans aren’t the only ones being wrongly billed.

Nationally, the problem is so widespread the federal government recently sent a reminder notice to vaccine providers that anyone wrongly charged a fee must be given a refund by law.

Anyone who paid for a COVID shot but did not get a refund is asked to contact the U.S. Department of Health and Human Services inspector general’s office by calling 1-800-HHS-TIPS or filing an online report at tips.hhs.gov

Meanwhile, some Tucsonans vaccinated at TMC sites were dismayed to learn their registration information was passed along without their knowledge to the TMC Foundation, which raises money for the hospital. About half of TMC’s nearly 70,000 vaccine recipients later received fundraising pleas, officials said.

Sara O’Neil, 77, a retired librarian, said she assumed when she registered for the vaccine that TMC wouldn’t use her name and address for any other purpose. But a few weeks ago, a letter arrived asking her to “please make a gift to Tucson Medical Center today.”

O’Neil said many of the people she saw being vaccinated were frail elderly. She worries they might be confused by TMC’s request for cash and mistakenly think they owe the hospital money. “A lot of these people are very vulnerable,” she said.

Vaccine recipients who were added to TMC’s donor solicitation list without their knowledge can have their names removed upon request, officials said. Requests can be submitted by email to foundation@tmcaz.com

The Nogales Police Department says the scene has been secured and there is no danger to the public.

Brent William Youvella, 35, is facing charges of leaving the scene of a serious injury/fatal collision.

Sheriff Chris Nanos is refusing to comment on experts' findings he repeatedly ignored Arizona law by refusing to release public records to the Arizona Daily Star.

Some Tucsonans vaccinated at Tucson Medical Center sites were dismayed to learn their registration information was passed along without their knowledge to the TMC Foundation, which raises money for the hospital.

A bill shows a COVID “administration fee” after a patient visit to Banner-University Medical Center South.