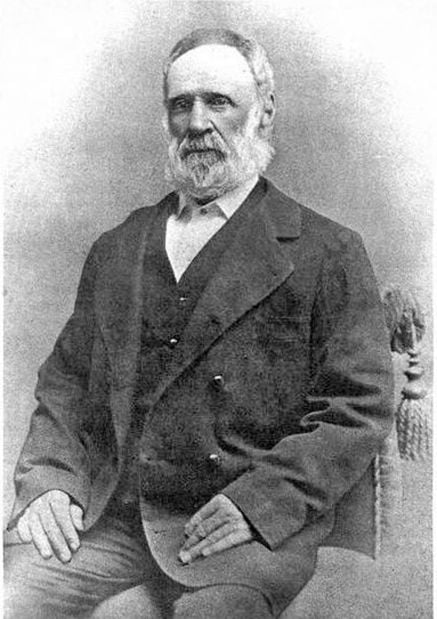 William S. Oury served as a Texas Ranger before coming to Tucson. He eventually was mayor, a Pima County sheriff and was part of the Camp Grant Massacre. 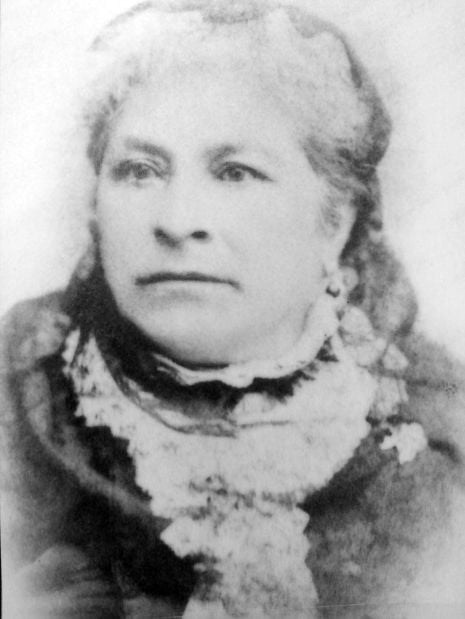 Inez Garcia Oury and William were married in Durango, Mexico, in September 1849. They had three children: Frank, Dolores (Lola) and Louise. 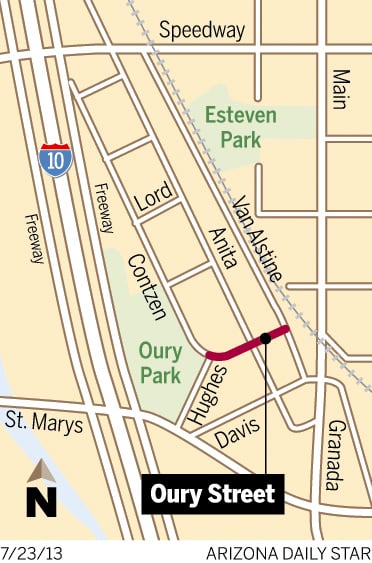 William S. Oury spent his childhood in Virginia, but he made a name for himself in Texas and ultimately became an important figure in Tucson's early history.

The following year he was in Texas and became connected with the independence movement. On Feb. 23, 1836, he reached the Alamo at San Antonio, but was sent as a courier to Gen. Sam Houston one week later, a few days before the Battle of the Alamo. He fought with Houston in the decisive battle of the Texas War of Independence, the Battle of San Jacinto, on April 21, 1836.

In 1839 he joined the Texas Rangers, taking part in several skirmishes with Comanches. In 1845 he enrolled in the 1st Texas Mounted Rifles and fought in the Mexican-American War. In September 1849 he married Inez Garcia in Durango, Mexico. They traveled to San Francisco to join the Gold Rush and stayed in California until 1856 with very little financial success.

He and his family went by wagon from Sacramento to Tucson, arriving just two years after Southern Arizona had been sold to the United States by Mexico in the Gadsden Purchase. In 1857 he acquired a small ranch on the Santa Cruz River and was appointed as Butterfield Stage agent for Tucson. In 1859, he and Sylvester Mowry bought the Arizonian newspaper of Tubac from Edward Cross for $2,500 and moved it to Tucson.

In 1871, Oury - along with Jesus M. Elías (some sources say it was his brother Juan N. Elías) and Francisco Galerita, the chief of the Tohono O'odham at San Xavier - led a force of 92 Tohono O'odham Indians, 48 Mexican-Americans and six European-Americans in a retaliatory attack against the Aravaipa Apache, in which 85 to 125 Aravaipa Apaches were killed. It came to be called the Camp Grant Massacre.

He and Inez had three children: Frank, Dolores (Lola) and Louise.

Thomas Hughes Sr. named Oury Street in honor of William and Granville Oury in 1903 when he recorded his subdivision, McKinley Park - now called Barrio Anita. Between the I-10 and Barrio Anita is David G. Herrera and Ramon Quiroz Park, which was originally named Oury Park in 1931. It changed names in 2001.

Each week Street Smarts tells the stories behind Tucson street names. If you have streets to suggest or stories to share, contact writer David Leighton at streetsmarts@azstarnet.com

Street Smarts: G. Oury was delegate to Confederacy, US Congress

William S. Oury served as a Texas Ranger before coming to Tucson. He eventually was mayor, a Pima County sheriff and was part of the Camp Grant Massacre.

Inez Garcia Oury and William were married in Durango, Mexico, in September 1849. They had three children: Frank, Dolores (Lola) and Louise.