When Marana officials last month ordered all bars to close and restaurants to transition to takeout only, Clint Bolin pulled out his calculator and figured out how much money his 20 or so mostly part-time employees were going to lose.

He calculated the hourly wages and then added in the tips for servers that make up the majority of his staff at The Station Pub & Grill and decided he was going to continue paying them, even though most would be sitting on the sidelines of his popular 8-year-old restaurant on North Silverbell Road.

His payroll jumped from $14,000 every two weeks to around $20,000 — the increase due to the tips that are now coming out of his pocket, not his customers — while revenues have dramatically dipped to around $5,000 a week.

Bolin said he is down about $60,000 so far and his reserves are nearly depleted. He figures he can afford one, maybe two more pay cycles before he’s going to have to stop paying his employees.

“We’re not in danger of closing down completely, but I just don’t want lay off my employees,” Bolin said Thursday, April 16, as he waited for word on his application for federal relief funds that he applied for weeks ago when the Paycheck Protection Program opened. “I feel like there is a lot of fulfillment knowing that you have a job and don’t have to go on unemployment.”

Bolin will likely have to wait longer; the $350 billion paycheck program, part of the $2 trillion federal coronavirus pandemic relief efforts, is officially depleted.

And as Congress debates adding another $250 billion to the fund that’s supposed to help small businesses survive the crisis, the clock is ticking on thousands of mom-and-pop businesses struggling to survive with nationwide stay-at-home orders that have forced them to close or to revamp their business models.

Under the federal program, businesses that use the majority of the loans to pay their employees will not have to repay the money.

Hours after the feds announced the funds had been depleted, Bolin took to Facebook to vent his frustration.

“If you care for small businesses, then it is time to write your public officials and get this money out to those trying to do the right thing and pay their employees to keep our economy going after we come out of this thing,” he said.

Bolin said he filed a loan application with his bank on April 3, the day the program officially opened. He said he had to go back and fill out additional paperwork documenting his payroll and business expenses and is now waiting to hear if he will be approved.

“I’m in limbo,” he said. “Right now there is no information. You are just waiting.”

Bolin is not alone. According to news reports, thousands of businesses that have applied to the program are still waiting for the funds to be released by their banks, despite the Small Business Administration’s claims that most of the money has been paid out. The SBA is overseeing the fund, but officials from the Small Business Majority, a national advocacy group for small businesses, said that even businesses that have been approved for the loans have yet to receive any money.

Flores Concepts, which operates the El Charro family of restaurants, was approved for seven SBA paycheck protection loans. The company has yet to see any money, said President Ray Flores.

“We’re still waiting,” said Flores, who said he had to lay off 400 employees after their dining rooms were closed. Last year, the company’s payroll was in the millions.

Flores said he applied for Paycheck Protection Program loans for all 10 of his company’s entities that include a commissary and management companies to oversee the restaurants. Three of those applications were rejected and Flores said he is in the process of going back to find out why.

Flores said businesses will feel the real brunt of the shutdowns this summer. Tucson businesses rely on the winter and early spring months to carry them through the slow summer months.

“The real pain on this will come in August and September when we all have no money left and everyone finally leaves town for vacations,” he said.

The owner says the fate of the pinball business is undetermined, but could include selling some machines and joining forces with other businesses.

Commercial customers of TEP can get incentives of up to 85% of the cost of installing electric vehicle charging stations.

The Historic Fourth Avenue Coalition and the Fourth Avenue Merchants Association are offering an additional $10 on every $25 gift card sold. 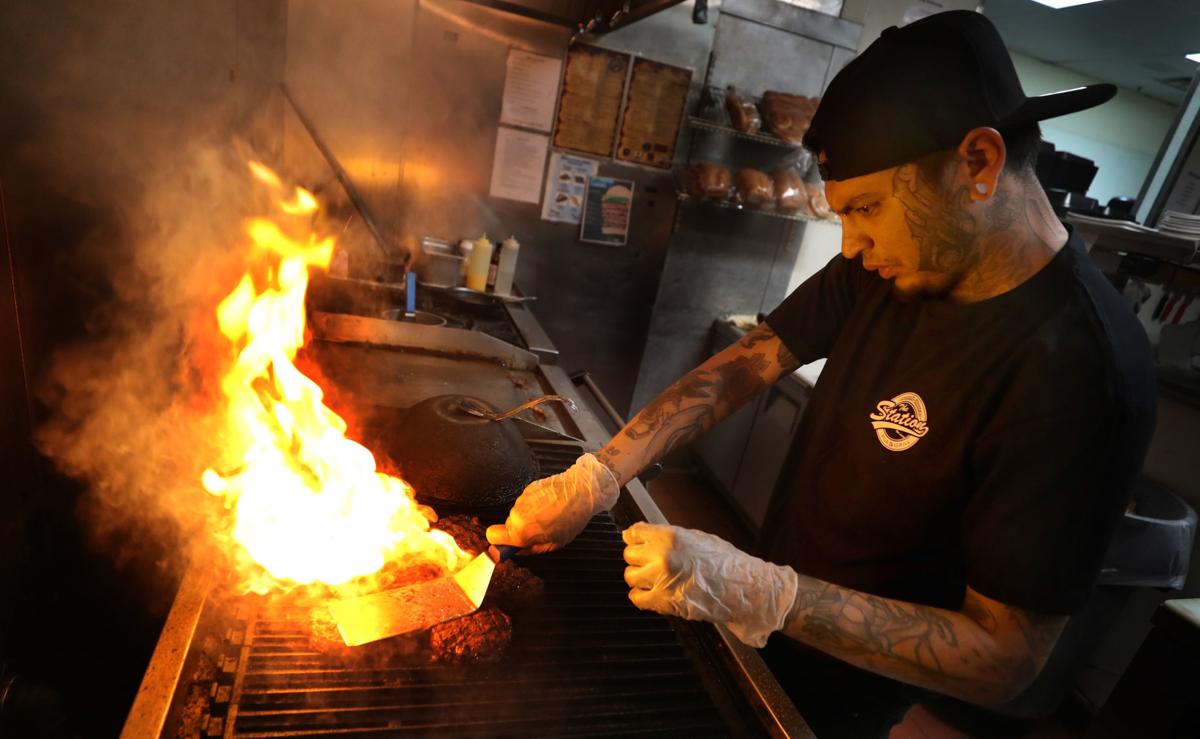 Heraclio Aguirre cooks up an order of seven cheeseburgers as he and a skeleton staff put together to-go orders at The Station Pub & Grill in Marana. Owner Clint Bolin says he is still paying his 20 or so mostly part-time employees. 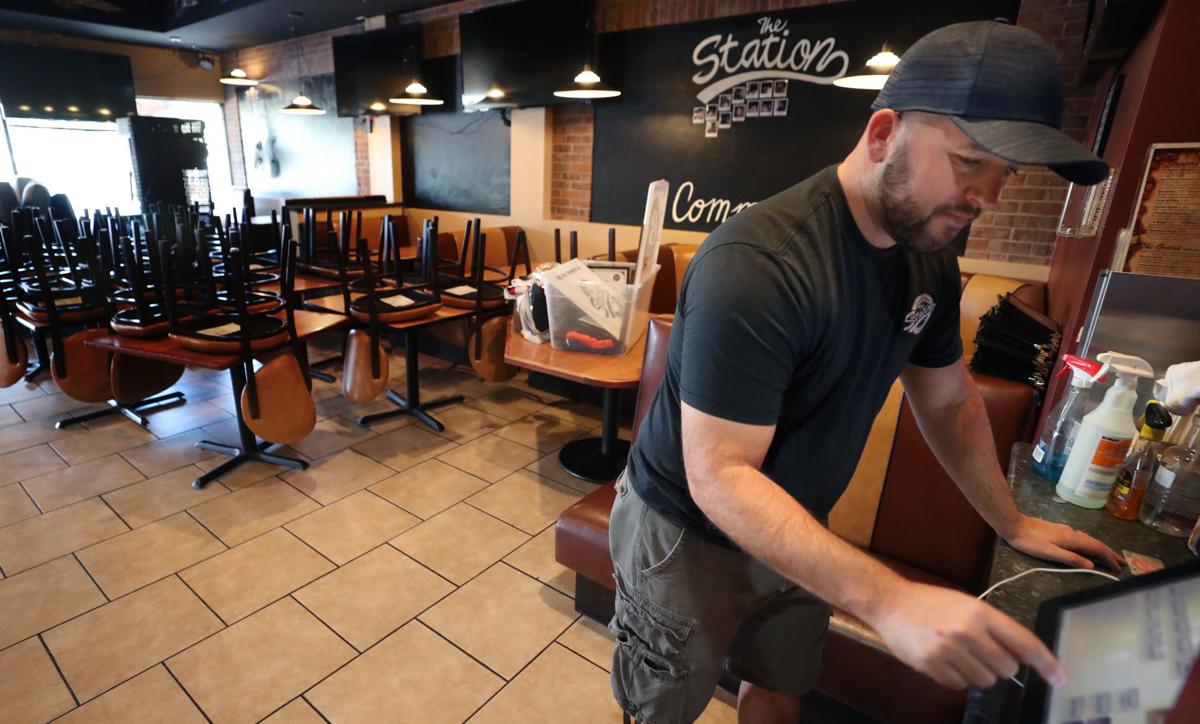