GCU is a private, Christian university that is publicly traded on the Nasdaq. 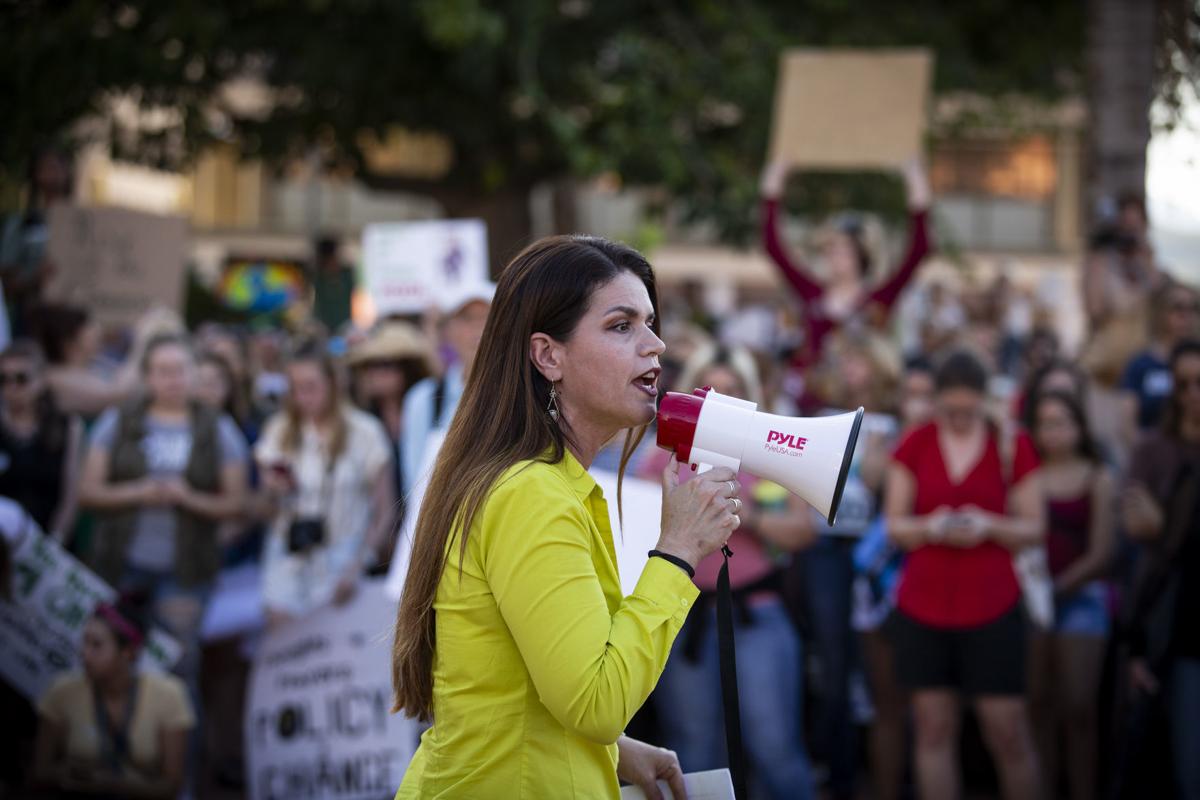 In one of the memorable stories of Regina Romero’s 12-year Tucson City Council career, she first embraced, then rejected a proposal for Grand Canyon University to build a campus on the site of El Rio Golf Course, a landmark in her ward.

Three letters unite Regina Romero’s critics on the left and the right: GCU.

They stand for Grand Canyon University, and for an episode that, according to local conventional wisdom, Romero and the city mishandled.

In one of the memorable stories of Romero’s 12-year Tucson City Council career, she first embraced, then rejected a proposal for Grand Canyon University to build a campus on the site of El Rio Golf Course, a landmark in her ward.

On the left, critics argued she tried to give away one of the cherished legacies of the west side — a golf course that was the subject of a protest movement in 1970.

On the right, skeptics said she allowed parochial interests to trash one of Tucson’s best economic-development opportunities.

The truth is more pedestrian: In 2013, Romero was a politician, eager for opportunity but sensitive to opposition. And GCU may not have been a real opportunity at all.

The GCU political story of 2013 played out often in the pages of the Arizona Daily Star, but started out as a quiet site-selection process, launched at the end of 2012 and discussed in secret by economic-development officials who had signed non-disclosure agreements.

Grand Canyon, a private, Christian university that is publicly traded on the Nasdaq, put out a proposal seeking a site for a second campus in the Southwest. Officials at what was then called Tucson Regional Economic Opportunities Inc. (now called Sun Corridor) brought the opportunity to the attention of local municipalities, and they got to work on responses.

A functioning city golf course may seem an odd site to offer, but it made sense in the post-recession politics of the moment.

Romero had been a strong critic of the taxpayer money lost to operating the city’s five golf courses. In a May 2012 op-ed in the Star, Romero wrote: “I don’t care what we call it — a transfer, subsidy, loss or deficit. Bottom line, I want to make sure that golf repays the general fund and finds a way to cover its annual expenses within the next two fiscal years.”

So for her, the GCU idea was a two-fer for her ward: The city could get rid of a money-losing course and bring in a new university campus expected to employ 1,000 people, many of them in high-paying jobs.

Word of the project emerged on the front page of the Star on May 8, 2013, under the headline “Golf course planned as college site.”

That quickly set off a backlash, especially among a group of west-side progressives who had long viewed Romero and her mentor, U.S. Rep. Raúl Grijalva, with skepticism.

They formed El Rio Coalition II, named after the coalition that formed in 1970, to demand that the city offer better facilities and services to the west side.

Among the members of this new coalition were leaders of the original one, like Salomon Baldenegro.

The new coalition’s attorney was Bill Risner, who also represented protesters arrested in the 1970 demonstrations. In 2013, he represented the coalition and Baldenegro’s wife, Cecilia Cruz-Baldenegro, in a lawsuit over public records related to the GCU proposal.

Their initial objection was to the idea of selling El Rio. Baldenegro and the 1970 protesters, who also included Grijalva, had demanded back then that the city convert the golf course into a west-side park, even occupying the course in protest. Instead, the city kept the course but built Joaquin Murrieta Park west of it, and El Rio Neighborhood Center east of it.

Those weren’t the only voices that quickly piped up against the GCU idea, though. Some environmentalists opposed it for removing green space from the area; golfers opposed it for obvious reasons; and some gay-rights advocates opposed dealing with GCU, which had policies disapproving of homosexuality.

Romero felt the pressure and quickly changed course. She wrote an op-ed in the Star published May 28, 2013 explaining, “Despite the many positives of Grand Canyon’s move to El Rio, I have always believed in listening to everyone. After hearing sincere concerns from my friends, allies and colleagues on this issue, I have decided against pursuing the opportunity further.”

The idea was to simply remove El Rio from discussion as a site, but that ended up terminating the idea altogether. Mayor Jonathan Rothschild and others tried to interest GCU in other city sites, but they were done.

Rothschild recalled to me Wednesday, “They indicated they had had problems in other communities, and they wanted this to be a smooth process. I told them that something this big, there would always be some resistance. But once they encountered resistance, they did withdraw.”

Later, through the public records lawsuit, Risner and Cruz-Baldenegro were able to reveal the sweet deal that the city proposed to GCU: A 50-year ground lease with an average annual payment of $257,961, plus a waiver of construction taxes and permit fees worth about $4.1 million. The city proposed a dorm fee to pay for improvements to Murrieta Park and establish paths or other linkages through the new campus.

“It absolutely was a serious effort to rip off El Rio, but it was too big a heist,” Risner told me recently.

He’s right that sometimes those deals can be worked out behind closed doors and arrive at a public meeting with majority support already lined up. But Tucson hadn’t gotten there yet. At least two council members, Steve Kozachik and Richard Fimbres, were skeptical and possible “no” votes already.

During a debate this June, Ted Maxwell of the Southern Arizona Leadership Council asked Romero about the GCU episode and her ability to move beyond representing just one ward: “How can you convince those that are ready for the economic development of our community that you are ready to make that transition to representing everybody?”

She responded in part that she learned from the experience how to bring in stakeholders earlier in order to work out differences, and has helped the west side become home to a Caterpillar headquarters and a new Amazon logistics warehouse.

Romero also said, “I now understand that GCU was never serious about coming to Tucson. GCU was using Tucson as a leveraging point to get a better deal for Mesa, and ultimately hoped to go to Mesa, but they have not built in Mesa, either.”

So, there’s a surprising twist to the version of the story that says Romero lost Tucson a major economic development opportunity: GCU never built a second campus anywhere.

It’s possible to argue that if Tucson had come through with a sweet deal for El Rio, GCU’s mind would have changed, but that’s doubtful in retrospect.

“The decision was made to fully build out our existing campus here in Phoenix before looking at locations in other cities,” university spokesman Bob Romantic told me last week.

And that’s the thudding conclusion to this story that has persisted in our self-loathing lore over these six years. The main thing I see that you can blame Romero for is not persisting a little longer in the effort to work out the conflicts.

But considering that GCU never built a second campus anywhere, and its sensitivity to public debate, it’s almost certain it never would have built in Tucson, even at the coveted El Rio site.

GCU is a private, Christian university that is publicly traded on the Nasdaq.

In one of the memorable stories of Regina Romero’s 12-year Tucson City Council career, she first embraced, then rejected a proposal for Grand Canyon University to build a campus on the site of El Rio Golf Course, a landmark in her ward.