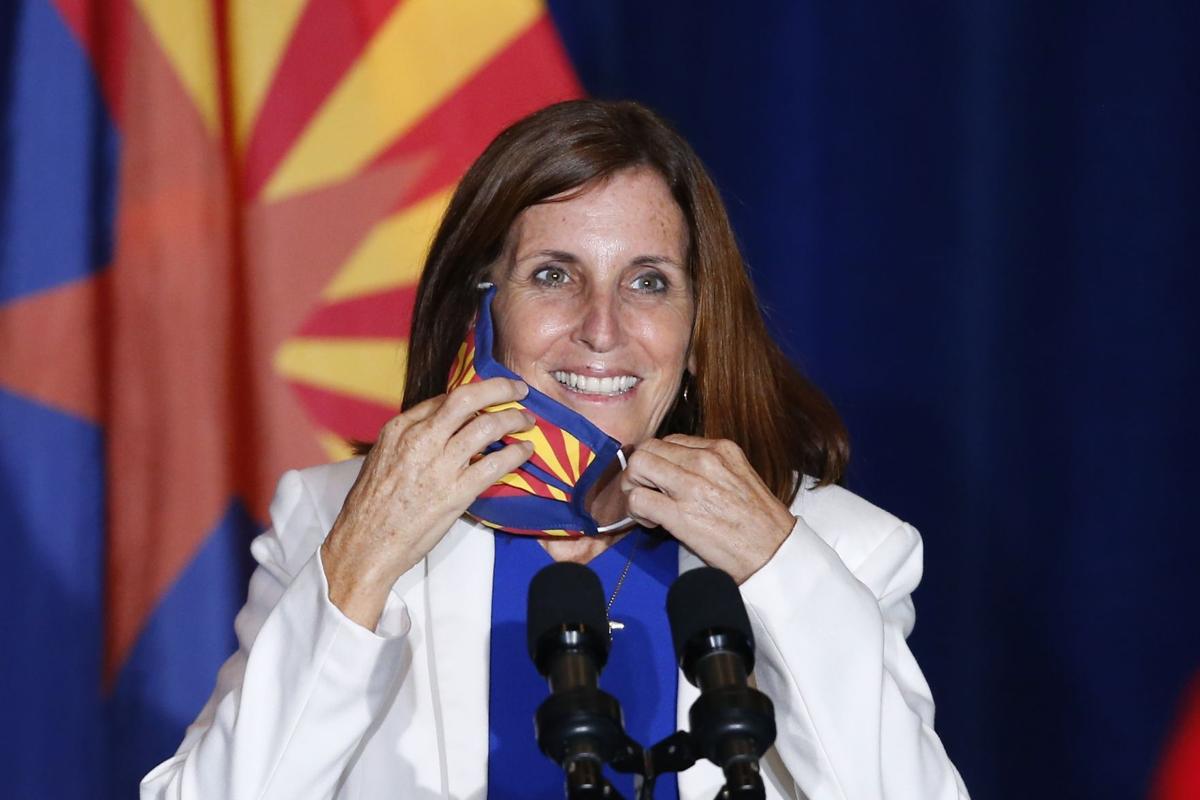 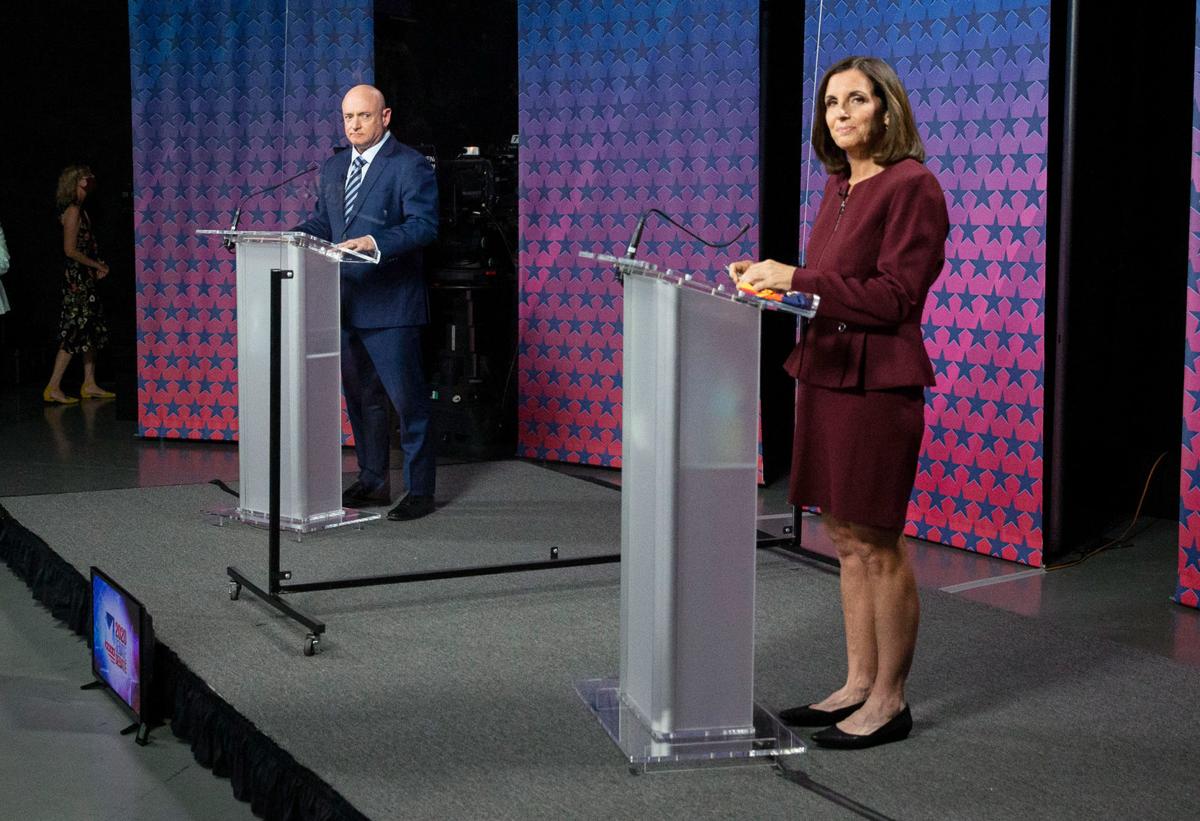 As a one-time voter for McSally, in 2016, I’ve thought so myself sometimes.

But maybe what seemed to change doesn’t matter as much as what stayed the same.

It’s the continuity, I suspect, that explains why she lost again this year, why people are talking about the former Tucson congresswoman in the past tense now.

McSally built a reputation as a pragmatic conservative officeholder when she represented Tucson and southeastern Arizona in Congress, from 2015 to 2018.

But in her campaigns she resorted to regular nastiness that stuck out especially in the last two elections. She was gracious enough in defeat but would go too far in trying to win.

McSally’s second campaign for U.S. Senate ended last week after she tried to put a pink tutu on Mark Kelly.

You remember the pink tutu, right? In 2018, McSally emphasized in ads that while she herself was serving in the Air Force in the Middle East, Kyrsten Sinema was in Arizona protesting the war. Sinema wore a pink tutu in one photo.

That pink tutu line led to McSally’s infamous line of attack in their senatorial debate: That Sinema had supported “treason.”

It was a big stretch: Once, in a 2003 interview, a libertarian host asked what Sinema would think if an American wanted to go fight for the Taliban. “Fine,” she had said. “Go ahead.” In context, listening to the interview, it was easy to tell that Sinema was simply brushing off the question from an oddball interviewer and trying to steer the conversation away. It wasn’t “supporting treason.”

But criticizing her opponents as anti-American became a pattern for the politician who was a commander at Davis-Monthan Air Force Base and lives in Tucson.

This year, McSally’s principal line of attack on fellow Tucsonan Mark Kelly was to imply that he was some sort of traitor because of his relationships with China.

It bears emphasizing: Kelly had an even more distinguished career in service to the United States than McSally did, considering he rose to command a space shuttle.

But still, she returned in her campaign to the same worn-out attack line she had used against Sinema, that her opponent was somehow against the United States.

Of course the pink tutu didn’t fit Kelly. Come on. Why did she think it would?

In the past I’ve blamed her longtime campaign consultant, Jeff Roe, who in 2018 believed that Republicans should all get aboard the SS Trump and sink or swim with him. But Roe’s firm had a lesser role this year, and still McSally did this.

Maybe despite her good qualities, which I’ve experienced in personal contact with her, McSally the political candidate is her own problem.

Democrats tend to tell me I was duped in 2016 by a Republican who styled herself a moderate to appeal to a relatively moderate congressional district.

“I have never bought the fiction that she was a moderate when she first ran,” said Ron Barber, who was the incumbent Democratic congressman when he lost to McSally by 167 votes in 2014. “She was not.”

On the other hand, some people who support McSally have a hard time squaring the candidate who’s run every two years since 2012 with the officeholder who they view as effective and pragmatic.

“She did her job very, very, very well,” said Glenn Hamer, president and CEO of the Arizona Chamber of Commerce and Industry, which endorsed McSally.

He was talking about the nuts and bolts of helping get legislation passed, much of it nonpartisan. The Drought Contingency Plan, the Great American Outdoors Act, the U.S.-Mexico Canada trade agreement were examples.

Supporters also view her as inspirational. I spoke separately Friday with Hamer and Matt Kenney, the former executive director of the Arizona GOP. Both noted that their families have met McSally. Both have daughters who adore her.

“Martha ran a difficult race in the most difficult environment and we’re proud of her,” said Kenney, who is from Tucson and now is vice president of Camelback Strategy Group, in a text message.

“I’ve been a supporter since Day 1, and she has become my 9-year-old daughter’s biggest role model. She may not have won the Senate seat but she won over a lot of young women.”

The inspirational person idolized by these girls has not been evident enough in McSally’s races. Granted, she faced tough, richly funded Democratic opponents in Sinema and Kelly.

Despite President Trump’s well-documented issues with women, McSally began embracing Trumpism on Nov. 8, 2017. That day, McSally — then a congresswoman considering running for Senate — posted a picture of herself with Ivanka Trump.

She had told me and my former colleague Joe Ferguson that year that her presidential vote was secret, and she wouldn’t reveal whether she’d even voted for Trump.

Suddenly, in late 2017, she jumped decisively into Trump’s camp, which was her campaign consultant’s wish. She even literally embraced Trump in October 2018, weeks before her loss to Sinema.

When she could have and arguably should have put distance between herself and Trump, she didn’t. When he imposed a family separation policy, McSally didn’t come out in outraged opposition. When he called her “honey” and “darling” and disrespected her in Arizona last month, she simply accepted it. The honorable, strong veteran became submissive.

One McSally fan put it to me this way: “The Martha who governed is different from the one who campaigned. Martha the candidate was embarrassed by Martha the lawmaker.”

In the end, though, they are both the same person, who made the choices that led to her losses. In campaigns, McSally's bad qualities overshadowed her good ones.

No one alleged anything went wrong with Pima County's vote count. Still the county's two Republican supervisors voted against certifying the canvass because of concerns about what they think is happening elsewhere.

Tucson's new curfew is a minimal measure, but it still hurts those in the hospitality industry who have suffered most from the pandemic. We have the money to cover them until the next lull in the spread, or till the vaccine is available.