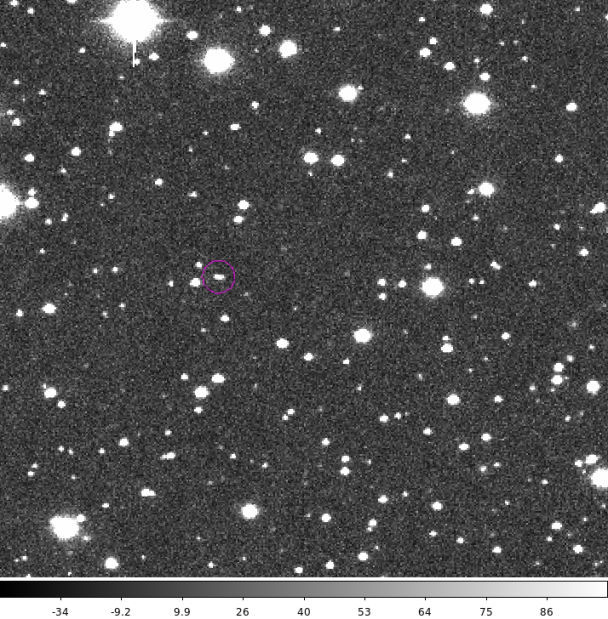 2014 AA was spotted using the 60-inch telescope on Mount Lemmon. 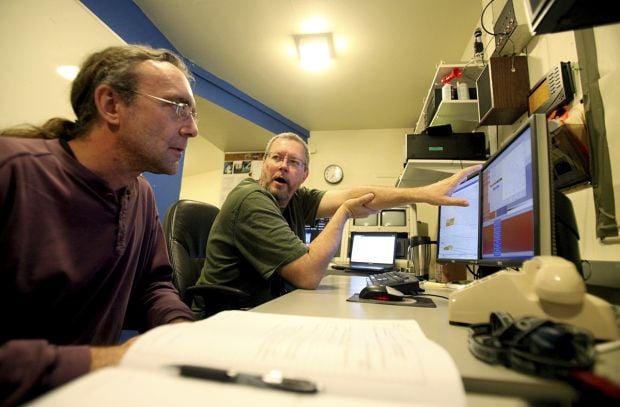 Rich Kowalski, right, with research specialist Jess Johnson, has spotted his second incoming asteroid before it could collide with Earth.

For the second time ever, an astronomer saw an asteroid headed for Earth before it got here.

And for the second time, the discoverer was Tucson astronomer Rich Kowalski, using the 60-inch telescope on Mount Lemmon. ﻿

The asteroid named 2014 AA was about the size of a car, and it likely burned up in the atmosphere over the Atlantic Ocean off the West Coast of Africa on New Year’s Day. ﻿

In comparison, the one that lit up Tucson skies last month was about the size of a basketball.

Kowalski works at the Catalina Sky Survey, a division of the University of Arizona’s Lunar and Planetary Laboratory. ﻿

“This is a group that has found more than half the near-Earth asteroids known to mankind at the moment,” said Professor Timothy Swindle, who heads the laboratory. ﻿

“These two they’ve found are little ones, but their real job is to find ones that may be dangerous,” Swindle said. “The trick is to find them before they find us, which is what they’re trying to do.”

Right away he reported his observations to the Minor Planet Center — a clearinghouse for information about the locations of minor planets, comets, asteroids and other space objects — and then he made follow-up observations.

The impact trajectory was later calculated by three other groups of scientists, Christensen said.

“It’s yet another reminder that near-Earth space is a busy place,” he said.

Kowalski previously spotted asteroid 2008 TC3, which broke up in the skies of Sudan in 2008. Many pieces of the rock, known as the Almahata Sitta meteorite, have since been found. ﻿

Kowalski wasn’t immediately available for comment Thursday. He had the day off.

Small asteroids impact Earth frequently, Christensen said, but the main mission is to find larger objects that would have terrible consequences well before they get close to Earth.

Media reports say the boom and flash were noticed shortly before 4 a.m. today.

Tucson is the epicenter of a meteorite hunt after a shower of space rocks landed north of the city Tuesday night.

Kowalski doesn't want to be the guy who finds the asteroid headed for Earth that will wipe out our species. But that's pretty much his job description these days: Watch the skies. Sound the alarm.

2014 AA was spotted using the 60-inch telescope on Mount Lemmon.

Rich Kowalski, right, with research specialist Jess Johnson, has spotted his second incoming asteroid before it could collide with Earth.