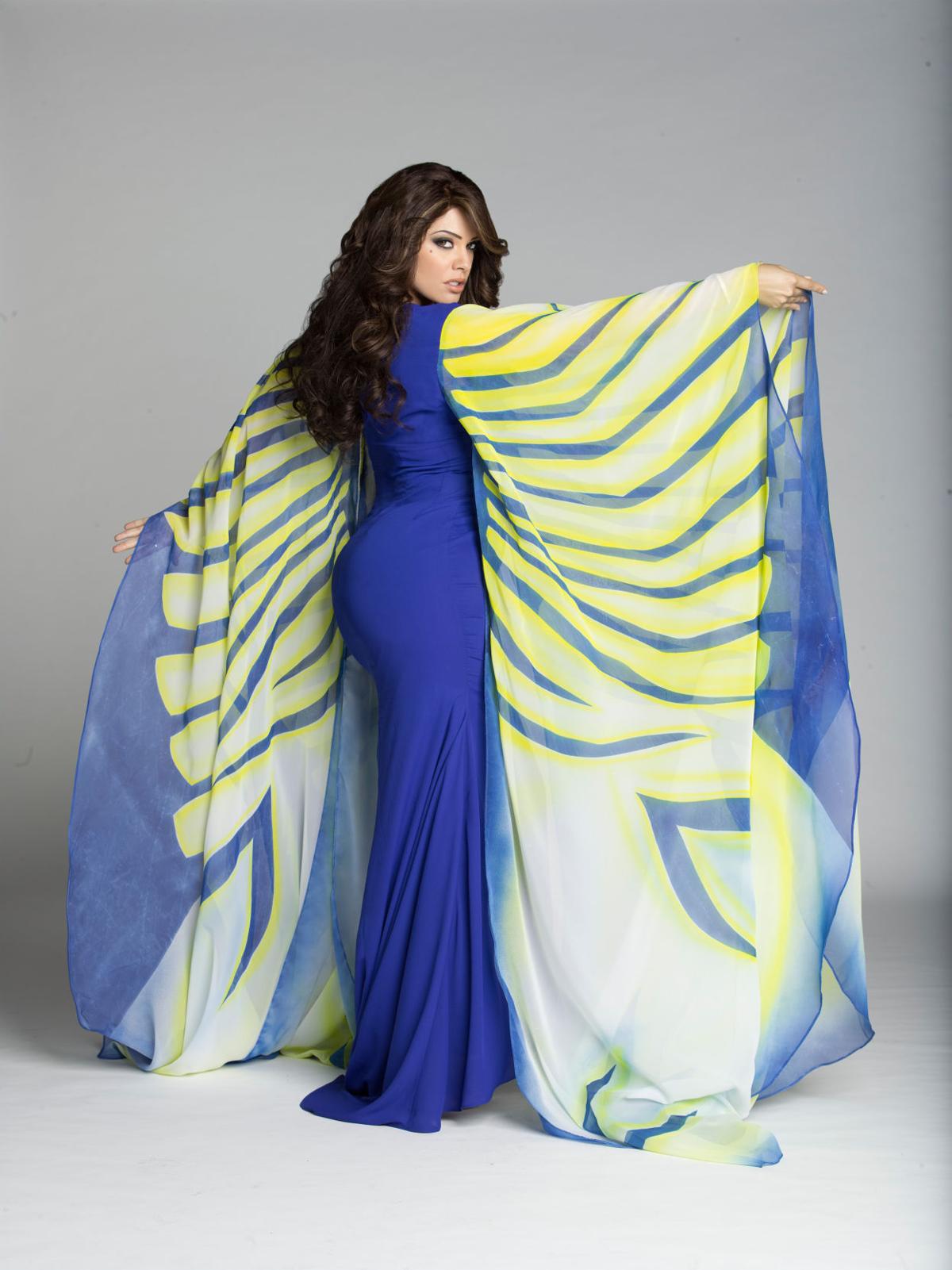 Tucson native Angélica Celaya on taking the role of Jenni Rivera: “I’m portraying an idol, a person people still look up to.” 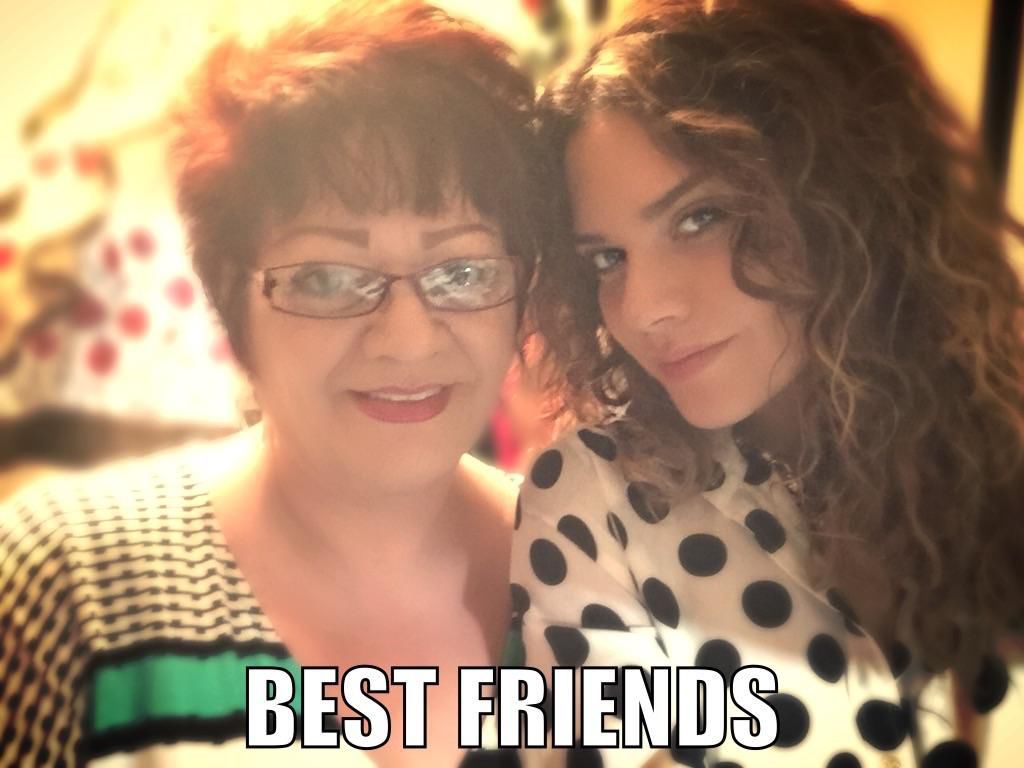 Angélica Celaya’s mother, Lupita, says Angélica “would dress up in my clothes” and do monologues in the mirror. 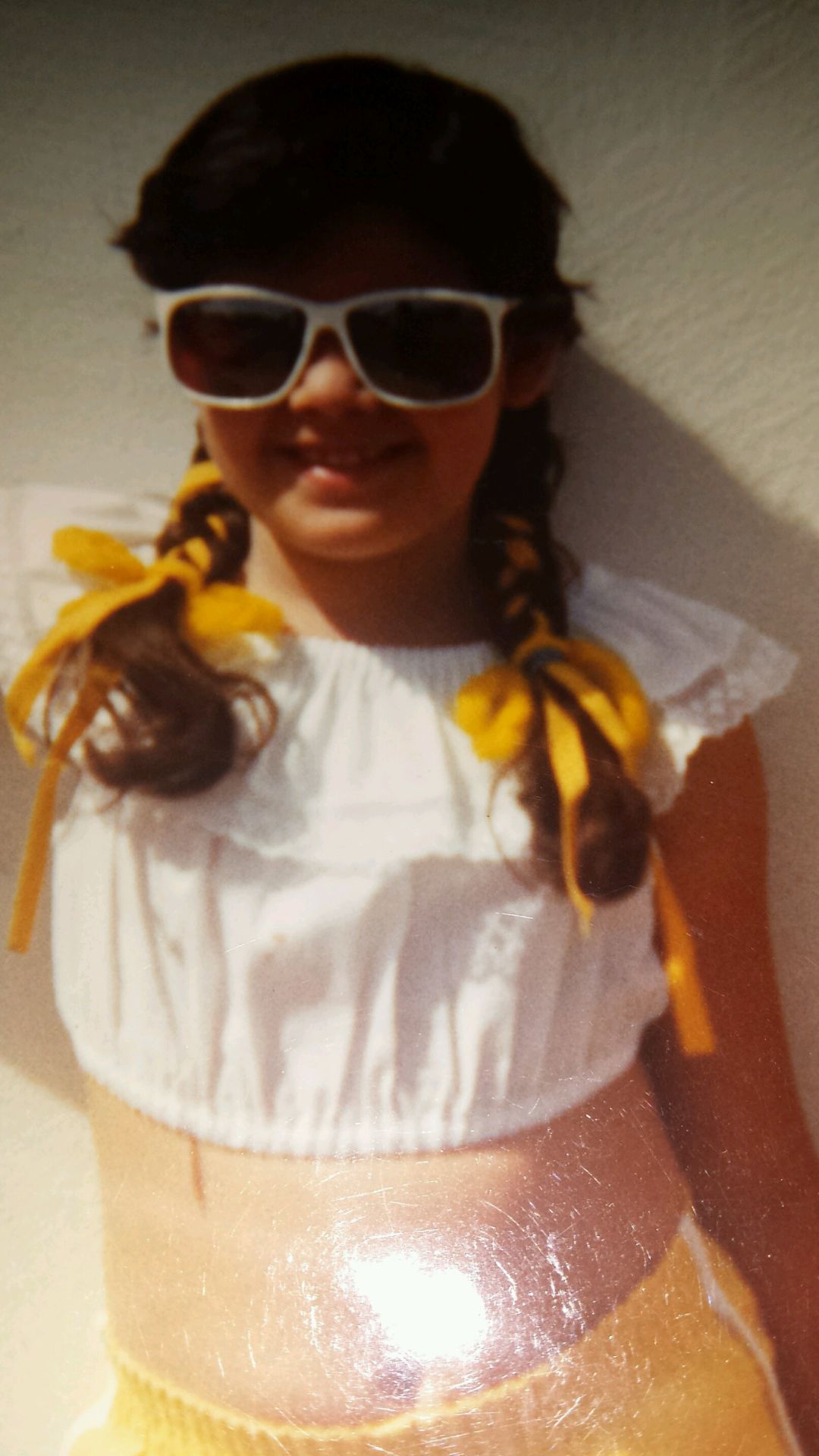 Angélica Celaya as a kid growing up in Tucson. 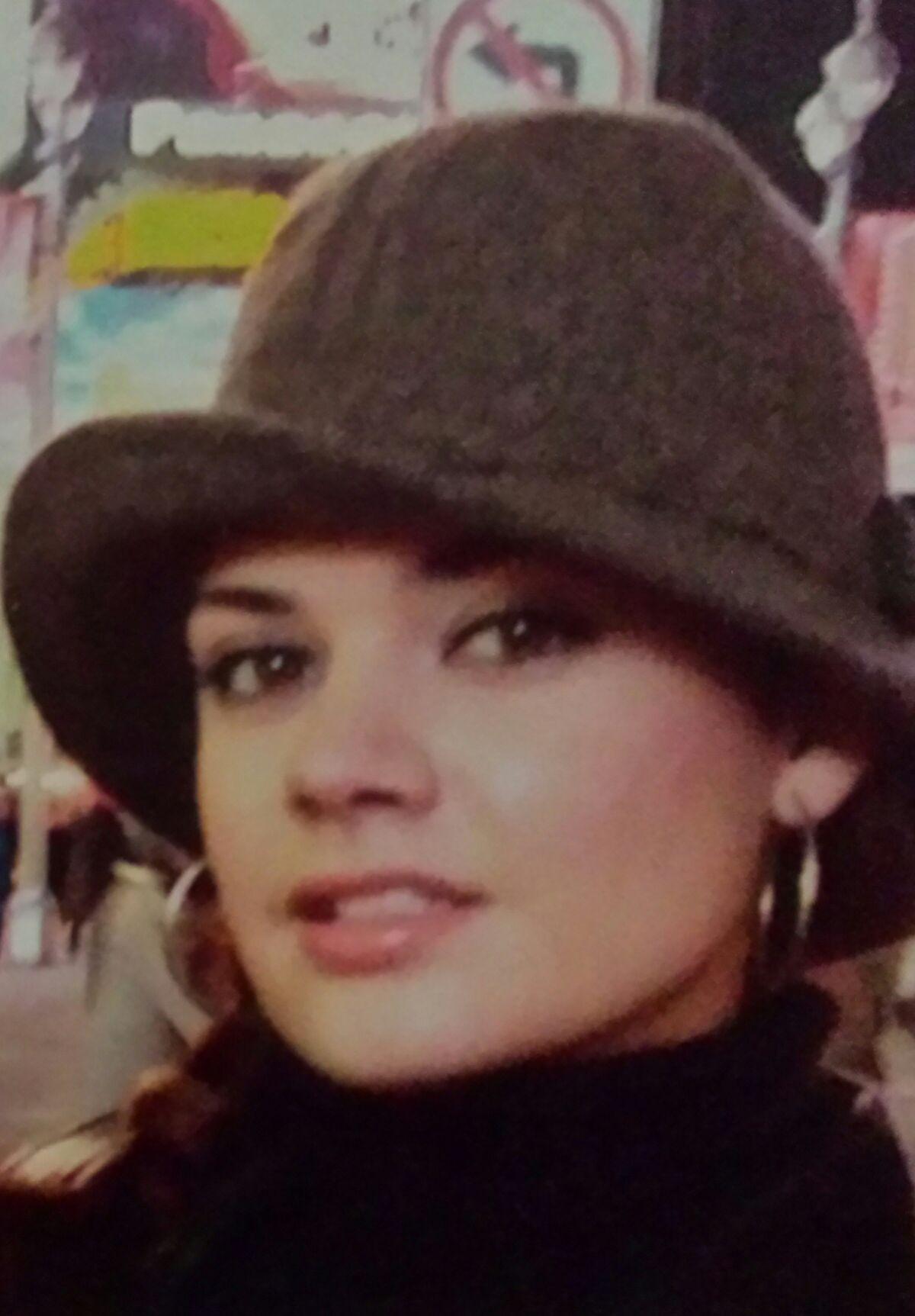 Angélica grew up in Tucson and graduated from Pueblo High School.

When Telemundo debuts its new Jenni Rivera musical biopic on Tuesday, June 27, some viewers in Tucson might do a double take at the actress portraying the late Mexican-American diva.

Tucson native Angélica Celaya, a 2000 graduate of Pueblo High School, is starring in the 90-episode series “Jenni Rivera: Mariposa de Barrio.” It premieres Tuesday and airs nightly through early December, leading up to the anniversary of Rivera’s 2012 death in a plane crash outside Monterrey, Mexico.

“Mariposa de Barrio” traces the California-born Rivera’s journey to become a multiplatinum-selling banda and ranchera singer-songwriter and reality TV star against some pretty incredible odds that included domestic abuse, being a single teen parent and marrying three times. The series draws heavily from Rivera’s family and her posthumously released autobiography, “Unbreakable: My Story, My Way,” which she co-wrote with Marissa Matteo; it was released in summer 2013, six months after her death.

This is Celaya’s biggest role in her 14-year acting career that she launched in 2003 doing telenovelas with Telemundo. And it’s a role she was nervous about taking.

“I was hesitant to do the role because I know that Jenni Rivera fans are so loving and protective of their diva. And I was afraid of the repercussions of me not doing the best job possible because I’m portraying an idol, a person people still look up to,” Celaya, 34, said earlier this month from Miami, Florida, during a break from shooting the final episodes of the series. “I will admit I got scared because it’s not easy accepting a role like that.”

The 5-foot-9-inch Celaya had to gain 20-plus pounds to play the full-figured Rivera, who never let her body image define her. Celaya said the goal was not to imitate Rivera or “make a cartoon of Jenni. … I’m here to tell her story.”

Celaya’s own story was not nearly as dramatic as Rivera’s, but the two women share some commonality. Like Rivera, Celaya grew up in a male-dominated household with two older brothers. Her mother, Lupita, recalls watching her perform monologues in the mirror when she thought no one was watching.

“She would dress up in my clothes or a piece of rag and wrap it around herself. I would always hear her talking in the mirror and acting up, but never in my dreams did I ever, ever think this would happen,” Lupita said. “I just thought the kid played because she didn’t have anyone to play with because she had older brothers.”

Celaya spent all four years at Pueblo immersed in theater. When she went to the University of Arizona, though, she double-majored in psychology and Spanish linguistics.

But her after-school college job was with the local Telemundo affiliate. The station allowed her to do a weekly show, which she produced herself. By her third year in college, she was on the radar of national Telemundo officials, who scouted her from their perch in Miami and hired her to do telenovelas in 2003. She left school and moved to Miami, and then Mexico City, where she took acting classes and language classes to help neutralize her Sonoran accent.

For 10 years, Celaya acted in the telenovelas, limited-rundramas that compare to American soap operas. Then in 2014, she left Telemundo and moved to Los Angeles to break into English-language mainstream network TV. She landed guest spots on “Dallas,” “Castle” and “Criminal Minds: Beyond Borders.” She also was cast as a lead in the short-lived NBC series “Constantine.”

Then came the “Mariposa de Barrio” opportunity. Celaya turned to her mom, a diehard Rivera fan.

“My mom, my aunt and cousins, are true Jenni Rivera fans. My mom sings karaoke all the time and she sings Jenni Rivera,” Celaya said.

“My mom, she just hugged me and started crying. She said, ‘Mija, do this for me. I’ve never asked you to do anything, but this one, do it for me and dedicate it for me,’” Celaya said. “‘OK, mom. This one’s for you.’ It hit more home than any other role I’ve ever encountered.”

“I cry every time,” said Lupita, who will attend a premiere party in Miami with her daughter on Tuesday. “As long as she’s having fun with it, that’s more important than anything. Dedicating it to me is like, wow, it means even more.”

Some people have suggested that the Rivera role could be Celaya’s “Selena” star turn, referring to Jennifer Lopez’s 1997 career breakthrough portraying the late Tejano superstar Selena.

Celaya said, “If that is God’s plan, I am more than willing and able to accept that,” but her primary goal is to be true to the story and to Rivera’s family.

“Her life was so intense from the beginning when she was a little girl. And living that process and having the family’s blessings to portray her because they saw something in me that reminded them of Jenni, that, to me, is enough,” said Celaya, who is expecting her first child in September. “For me, I’m doing it for the family and if the family is happy with my work, then I did it right because who knows her more than the family.”

Celaya said she plans to return to Los Angeles, where she has been based the past five years, and pursue acting roles in English.

“I enjoy working in my native tongue,” said Celaya. “If another project comes in that can compare to Jenni Rivera, then maybe I’ll consider it. But for right now I think Jenni Rivera stands on her own.”

You can watch a sneak preview of the new Telemundo musical-biopic "Jenni River: Mariposa de Barrio" at tucson.com/entertainment

How to watch Jenni Rivera series that stars Tucson native

Perfecto León's children buy him a restaurant to say thanks.

The bakery won't be allowed to reopen until it obtains a Health Department permit.

Neto's Tucson: A son is giving the gift of a renewed life to his father

Renowned singer Adalberto Gallegos is getting a kidney Tuesday.

Tucson lands at number five on list of eight cities.

Tucson's mesquite-bean harvesters reap the benefits of their labor

1 shot on Tucson's south side

One person has been wounded in a shooting this afternoon on Tucson's south side, police say.

Scattered showers and thunderstorms could move in to the area this afternoon, the National Weather Service in Tucson says.

Tucson singer Adalberto Gallegos hours after kidney transplant: 'I can't wait to get back on the stage'

He and his son and donor, Adalberto Gallegos Jr., are recovering from Monday's kidney transplant surgery.

Tucson native brings her mom along to mingle with the stars at June 27 exclusive event.

Tucson native Angélica Celaya on taking the role of Jenni Rivera: “I’m portraying an idol, a person people still look up to.”

Angélica Celaya’s mother, Lupita, says Angélica “would dress up in my clothes” and do monologues in the mirror.

Angélica Celaya as a kid growing up in Tucson.

Angélica grew up in Tucson and graduated from Pueblo High School.