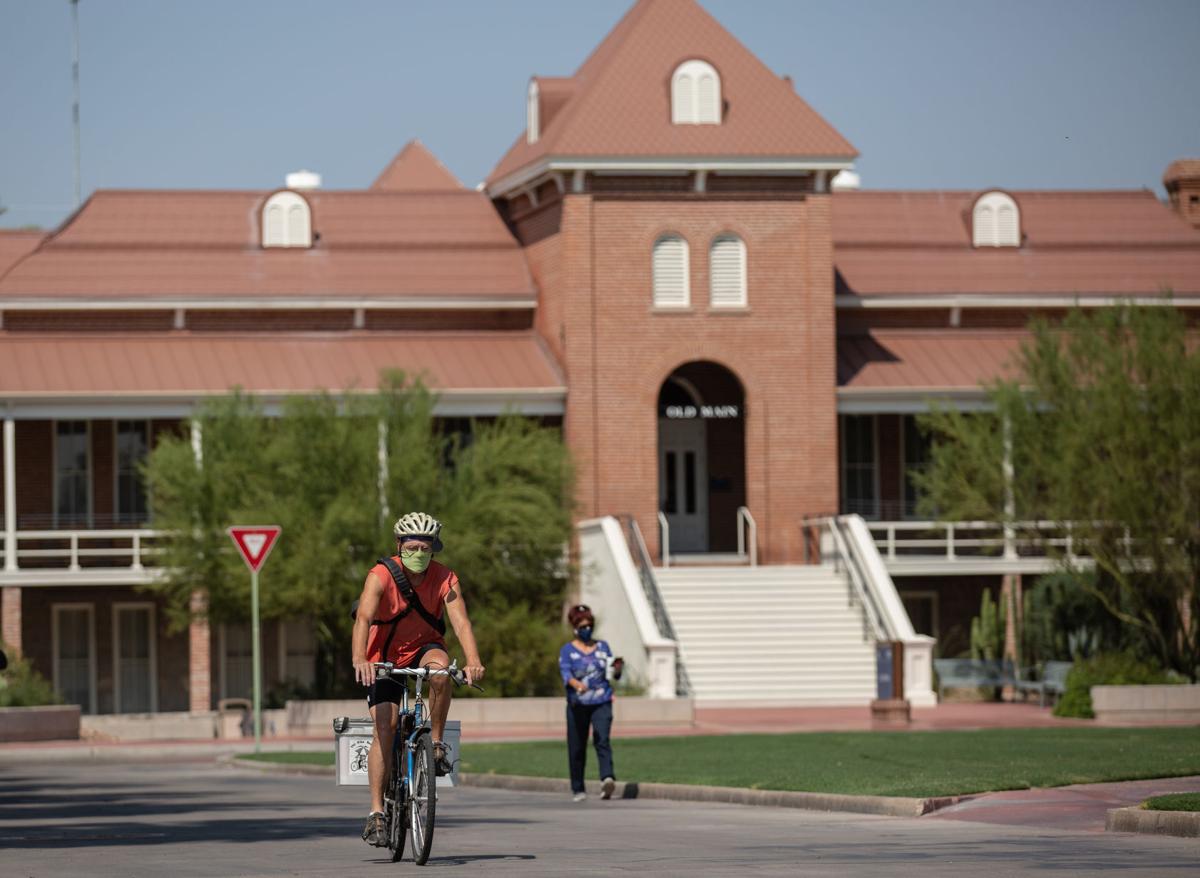 A cyclist wearing a mask rides through the University of Arizona mall east of Old Main, on Aug. 28, 2020. 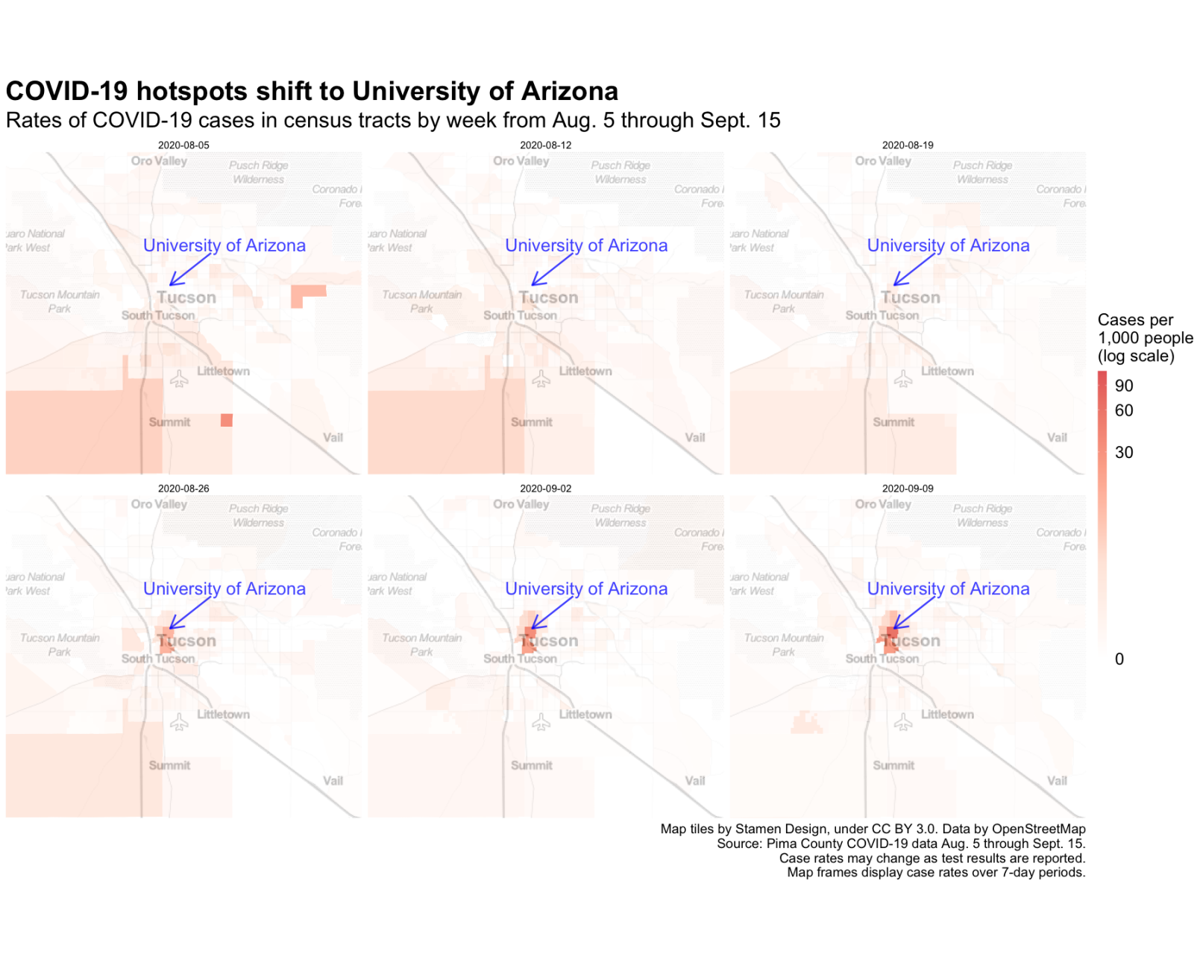 With a 14-day shelter-in-place recommendation set to end Tuesday, University of Arizona administrators are hoping to keep cases – and off-campus parties – down as they try to mitigate the spread of the virus.

UA officials are working to get the virus to an overall positivity rate of less than 5%. That rate is currently at 6.3%, with more than 2,291 positive tests among students and UA faculty and staff.

UA President Robert C. Robbins on Monday said transmission isn’t happening in the classroom but rather at large, off-campus gatherings.

Robbins said complaints about such gatherings in neighborhoods surrounding the university have decreased.

A Campus Area Response Team, which responds to complaints of parties and large gatherings, responded to 13 properties over the weekend, four fewer than the prior weekend. The team, which includes police and other city departments, also issued fewer red tag violations, fewer citations and fewer student code of conduct referrals than the previous weekend.

The most recent testing data from Friday of 1,051 new tests shows a positivity rate of 3.4%.

“If case numbers begin to rise again there may be a need to reinstate this self-imposed voluntary quarantine,” Robbins said. “But if the cases skyrocket again then working with the county health department, more legal quarantine issues may need to be enacted.”

An analysis of Pima County COVID-19 data by the Arizona Daily Star found that the university area has been the city’s main hot spot since the beginning of September.

The positivity rate for the most recent 10-day testing period is 7.9%, with 708 positives out of almost 9,000 tests administered in that time frame.

Dr. Richard Carmona, former U.S. surgeon general and professor in the UA’s Mel and Enid Zuckerman College of Public Health, urged more students to get tested so that the virus is not spreading through people who might be asymptomatic.

He said students might be reluctant to get tested knowing they have to quarantine if they test positive.

“It’s not only about you,” Carmona said. “It’s about preventing you from inadvertently spreading the disease and creating havoc in our community.”

The campus and surrounding area has been the city’s main hotspot since the beginning of September, county data indicates.

The United States reached another grim milestone on Friday, surpassing 7 million confirmed cases of Covid-19, according to data from Johns Hopkins University.

A major college football season that was in peril six week ago as conferences succumbed to concerns about COVID-19 is reconstituting.

Police in Sierra Vista say charges have been filed against two Hereford residents after protests last month in support of the Black Lives Matter movement.

A cyclist wearing a mask rides through the University of Arizona mall east of Old Main, on Aug. 28, 2020.