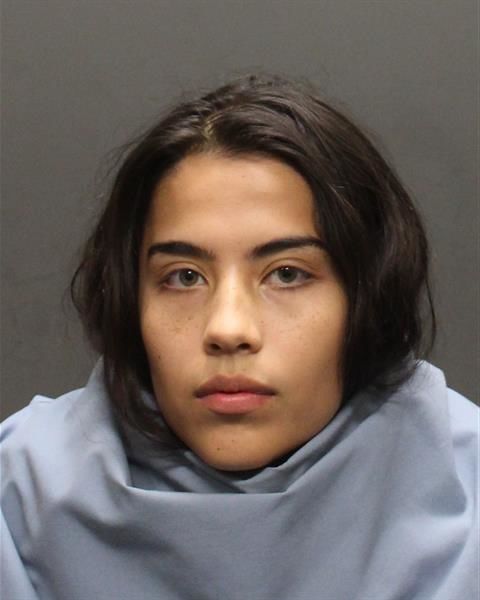 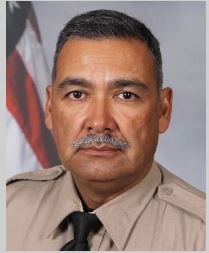 Augustine Gonzalez, an 18-year sheriff's deputy, was involved in the shooting at the Tucson Burger King Wednesday morning. 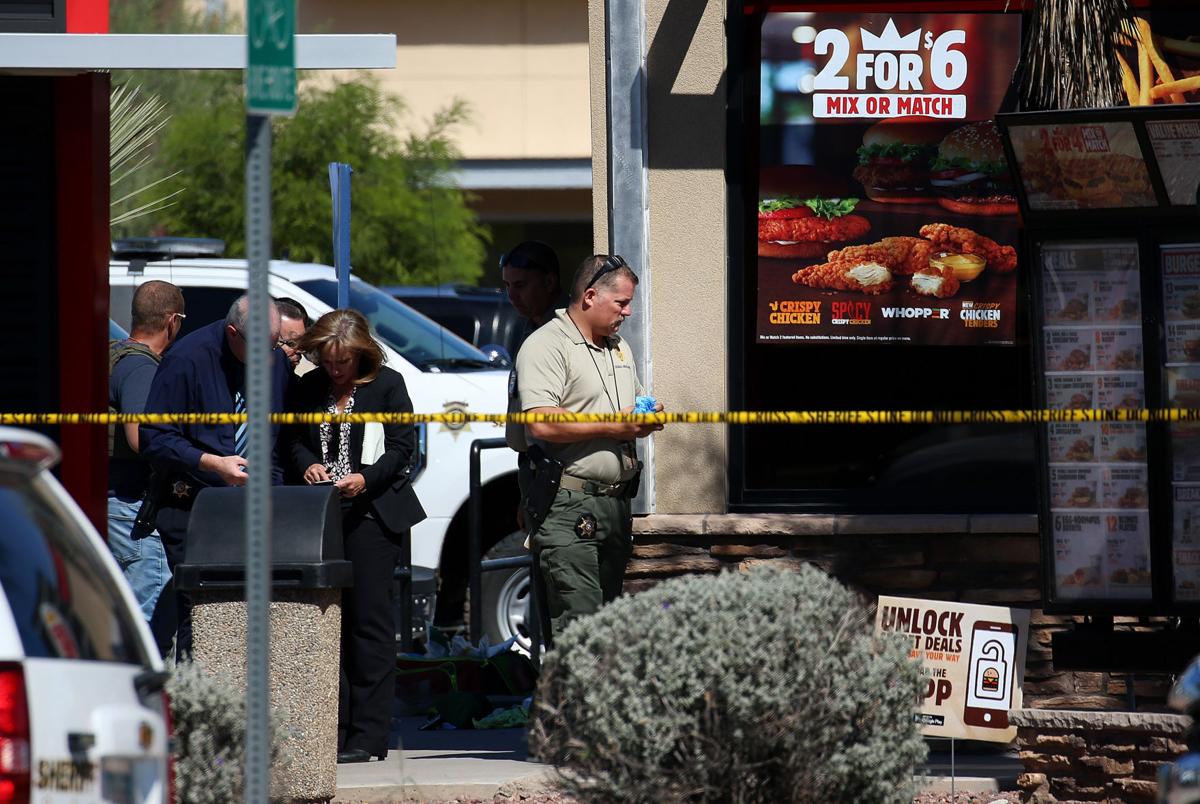 Investigators from the Pima County Sheriff's Department at the scene of a deputy-involved shooting at the Burger King restaurant on the northwest corner of Palo Verde and Ajo Way on Oct. 10, 2018.

A woman was shot by a Pima County sheriff’s deputy as she fought with a man outside a Tucson Burger King on Wednesday, authorities say.

Deputies were called to the Burger King at 3485 E. Ajo Way about 10 a.m. for a report of an injured man, said Deputy James Allerton, a Sheriff’s Department spokesman.

Allerton gave the following account in a news release:

When they got there, deputies found Jenitza Romero, 19, fighting with a 19-year-old man in the parking lot. The man had stab wounds.

Deputy Augustine Gonzalez then shot Romero at least once.

Romero was treated for a non-life-threatening gunshot wound and then booked into jail on suspicion of a domestic violence attempted murder charge.

The man was treated and released from a hospital. His name was not released.

Gonzalez, an 18-year sheriff’s deputy, was the only one to fire his weapon. No deputies were injured in the incident.

Details about what prompted the shooting have not been released.

See who has been booked into jail and on what charges.

The festival works to promote, foster and celebrate a culture of innovation.

A man's body was found in a wash on West Miracle Mile near North Oracle Road, officials say.

Veterans in Tucson will soon have a chance to learn about the various resources available to them, including business help.

Surge of web traffic ahead of Arizona voter registration deadline

PHOENIX — The state website that is the main way people sign up to vote in Arizona saw a major surge in traffic ahead of the registration deadline.

Rain expected late tonight in Tucson, temperatures in the 70s

I hope you're excited for the rain.

Authorities have identified the cyclist who was fatally struck by a wrong-way driver on Tucson's "A" Mountain Thursday morning, according to police.

While more Arizona schools received top rankings, there was also a slight increase in the percentage of campuses receiving grades of D and F.

With the holiday season right around the corner, JCPenney is looking to hire more than 200 seasonal employees in the Tucson area.

McSally says Trump will come to Arizona in the coming weeks

The surreptitious recording of the candidate for the open Arizona U.S. Senate seat  is from 2011. It was released Thursday on Twitter by The Reagan Battalion, an anonymous conservative group.

The driver fled from the checkpoint but was stopped a few miles away.

Augustine Gonzalez, an 18-year sheriff's deputy, was involved in the shooting at the Tucson Burger King Wednesday morning.

Investigators from the Pima County Sheriff's Department at the scene of a deputy-involved shooting at the Burger King restaurant on the northwest corner of Palo Verde and Ajo Way on Oct. 10, 2018. 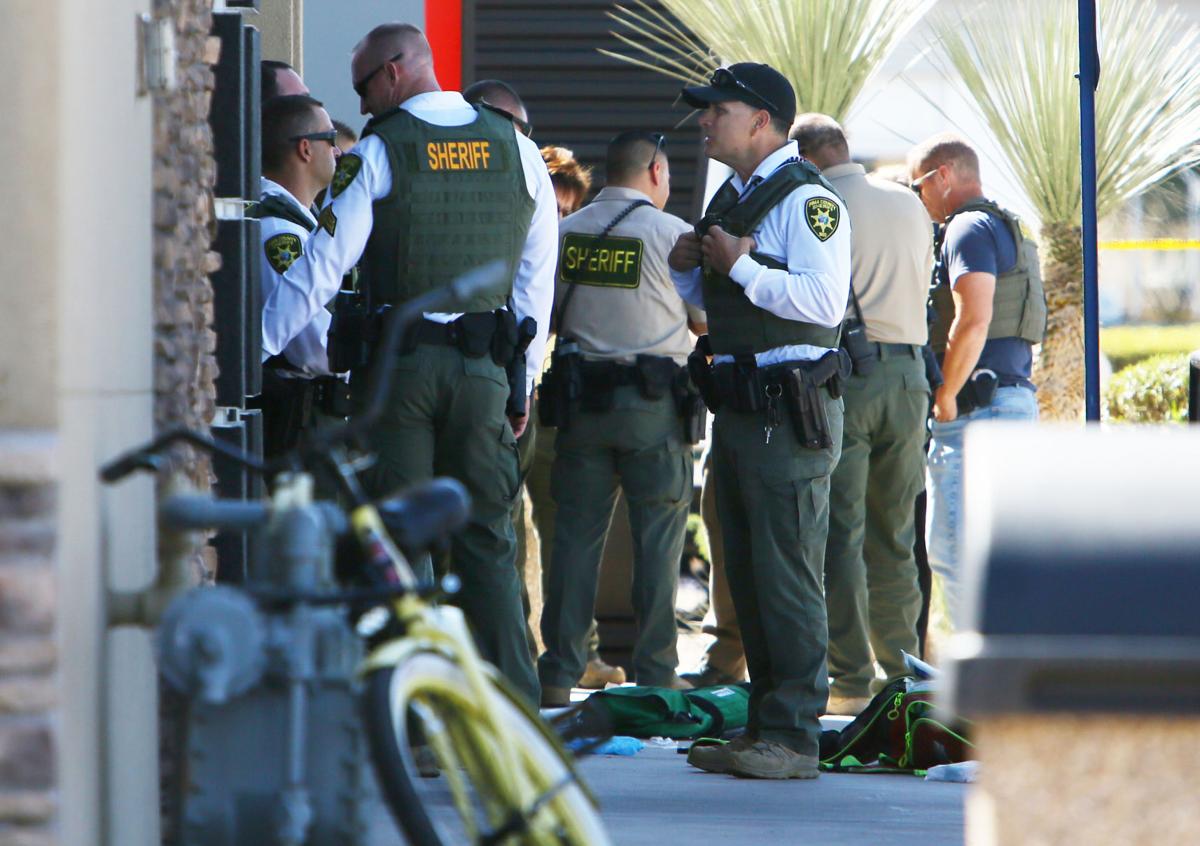 Pima County Sheriff's Department commanders and investigators at an officer-involved shooting at the Burger King at Palo Verde Road and Ajo Way on Oct. 10, 2018.