The recording was played Wednesday morning, before the prosecution rested. The defense then called Dawkins as its first witness. Dawkins and former Adidas exec Merl Code are on trial on federal bribery charges.

In the recording from June 20, 2017, Richardson and Dawkins discuss Ayton. The prized recruit had already arrived in Tucson after verbally committing to the Wildcats in September 2016.

“Ayton is on campus. Sean’s got to get the (expletive) out of the way and let us work,” Richardson says on the recording.

“We’ll see how Sean plays it out,” Dawkins says.

“You know what he bought per month?” Richardson asks Dawkins.

“He’s putting up some real money for them (N-words),” Dawkins says. “He told me he’s getting killed.”

“But that’s his fault,” Richardson says.

On another phone call, Dawkins said Miller was "taking care of Rawle (Alkins) and them," referring to the former UA wing.

Richardson told Dawkins that Miller "thinks he's got Bol Bol," referring to a recruit who considered Arizona before committing to Oregon. Richardson said on the wiretap that a "dude in New York" said it was going to take "200 bands" to get Bol. (Bands is slang for $1,000.)

Richardson did not say on the audio whether "10" meant $10,000 with regards to Ayton. ESPN reported in February 2018 that Miller and Dawkins were on a wiretap discussing a $100,000 payment to Ayton. Miller sat out UA's game at Oregon and stayed away from the team for six days; when he returned, he said that he had never paid a player or a family member or representative to attend Arizona, and that he never will.

On that day, Miller vehemently denied "media reports that have impugned the reputation of me and the university and sullied the name of a tremendous young man, Deandre Ayton."

Richardson, Miller's longest-serving assistant, was arrested in September 2017, suspended by the UA shortly thereafter and fired four months later. Richardson took a plea agreement rather than face trial; he will be sentenced later this month.

Dawkins and Code are facing felony bribery charges, with prosecutors saying they paid assistant coaches in exchange for promises to steer their players back to them for professional representation with Dawkins' company, LOYD, Inc.

Dawkins testified Wednesday that he took much of the money, which was provided by an undercover FBI agent and a government witness, for himself. The jury watched a video in which Dawkins took an envelope intended for former USC assistant coach Tony Bland. Dawkins testified that Bland received only between $1,000 and $2,000 of the $13,000 that federal agents say was given to him.

Dawkins said that he often pocketed money earmarked for the assistants. The jury was shown bank deposit records showing that he deposited money into an account for LOYD, Inc.

"Everything that was deposited was given to me by the government," Dawkins testified.

Dawkins further testified that paying coaches was not smart, and that he "never paid a coach with the intent of bribing or having them do anything for me."

He explained why he thought it was bad business to do so.

"One, from an economic perspective, it didn't make sense," he testified. "Two, they don't have enough influence to justify it."

"There's no need to pay a college coach because these players are coming into college with agents," Dawkins continued. "This idea that it's an amateur world is not real."

Miller's name has come up on audio recordings played throughout the trial, now in its second week. On Monday, jurors heard Dawkins say that Miller "fronted" a deal for a player later identified as Ayton.

Last week, jurors saw a video — recorded June 6, 2017, two weeks before the recorded conversation between Richardson and Dawkins — in which the aspiring agent bragged about his access to the Wildcats' coach.

Dawkins told a co-conspirator and undercover FBI agent that Miller said he was "taking care of everything myself” with regards to Ayton, but that he wanted to “turn everything over” to the aspiring agent.

Ayton, who went on to become the No. 1 pick in the 2018 NBA draft, was viewed as LOYD, Inc.'s top target. On a separate recorded conversation played for the jury on Monday, Richardson and Dawkins discussed what it would take to get Ayton to join the company. Richardson told Dawkins that Ayton's mother wanted her son to choose a different agent.

Dawkins was more confident that he could land Alkins. In the audio played Wednesday, Dawkins told Richardson that Miller was "taking care of Rawle and them."

"Rawle already knows he’s gotta pay back if he doesn’t go with them. So we got no expenses there," Dawkins said. "We’ll get a (N-word) this year anyway. And then you use the money that you’re getting from them to help recruit, do whatever, or (expletive) just go on vacation with it."

Dawkins testified Wednesday that he was going to work with Alkins whether Richardson helped or not, and that he argued against paying Richardson or any other assistant coaches. Dawkins said his LOYD, Inc. partner — an undercover agent working for the FBI — was the one who pushed the idea.

Dawkins is expected to return to the witness stand on Thursday.

A guide to the upcoming 2022 Beijing Olympic Winter Games

A guide to the upcoming 2022 Beijing Olympic Winter Games

The Wildcast, Episode 192: Assessing the NFL Wildcats and lingering questions for Arizona's offseason

With spring football officially in the books, Justin Spears, Michael Lev and Ryan Finley discuss PJ Johnson and other Wildcats landing in the …

UA will host 10 conference opponents each season at McKale Center. 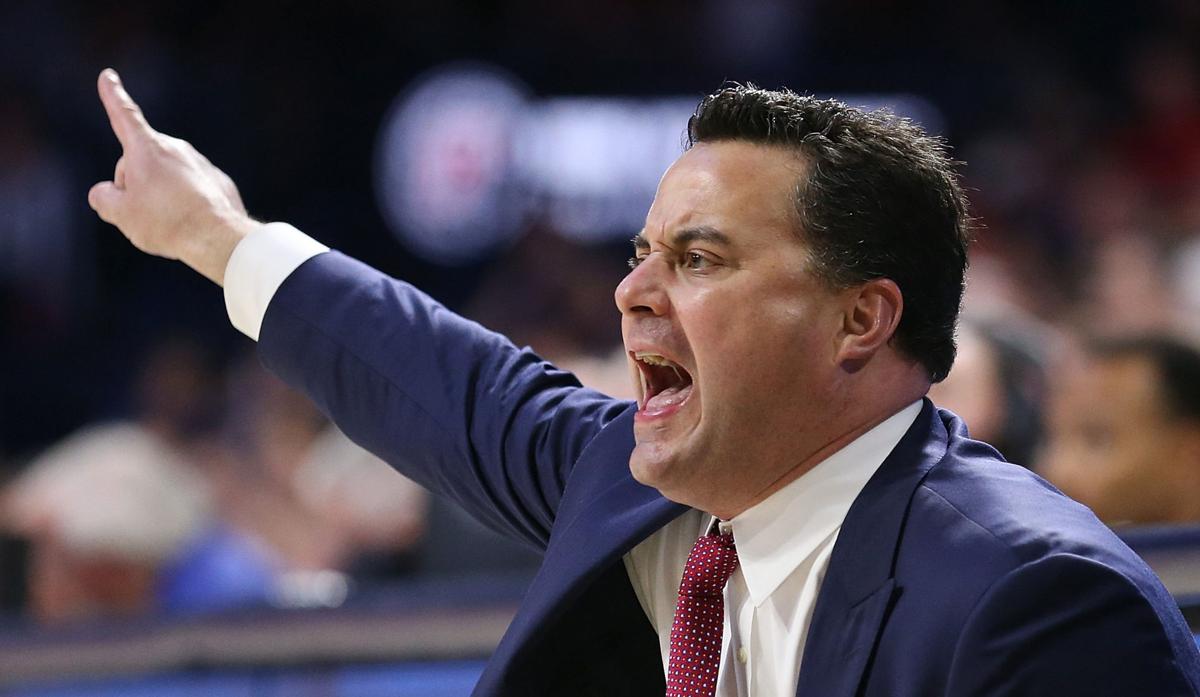 Arizona Wildcats head coach Sean Miller directs his team during the second half of the UA's win over Georgia Southern in November. 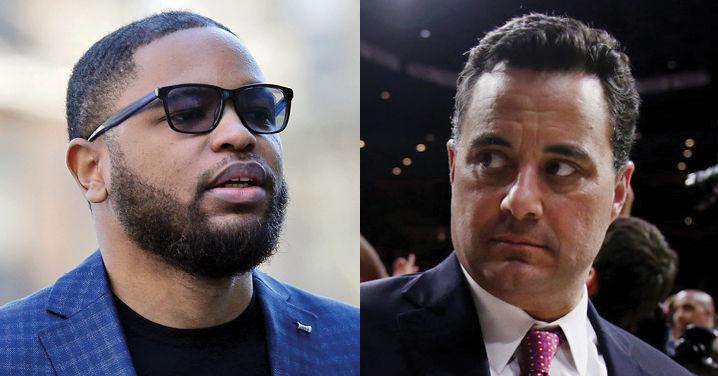