When CJ Verdell decides to call it quits at Oregon and either enter his name into the NFL draft following this season or wait another year and graduate, he could very well enter the conversation as the best to ever play his position for the Ducks.

Verdell, a Chula Vista, California, product, is now a junior at Oregon and became one of the focal points of the Ducks offense when All-Pac-12 quarterback Justin Herbert graduated and became a first-round pick by the Los Angeles Chargers in the NFL draft.

In two seasons at Oregon, Verdell rushed for 2,238 yards and 18 touchdowns. Last season, Verdell recorded 200-plus-yard performances against Washington State (257) and Utah (208). One of Verdell’s least effective games in 2019 with a minimum of 10 carries came against the Arizona Wildcats, when the UA limited him to 49 yards on 11 attempts.

The 5-foot-10-inch, Verdell is one of seven returning FBS players to rush for 1,000 yards in each of the last two seasons, and is one of five Oregon Ducks to reach the 1,000-yard mark in back-to-back seasons.

The 13th-ranked Ducks, voted to win the Pac-12 North division in the preseason media poll, are the highest-ranked team from the conference in the Associated Press’ Top 25 poll, and open their season at home against Stanford on Nov. 7.

In a conference-only schedule that’s against divisional opponents and a team from the opposite division, the one crossover team Oregon will face in the Covid-impacted season is UCLA in Eugene on Nov. 20.

Although Oregon will be without All-American offensive lineman Penei Sewell, who opted out of the 2020 season to prepare for the NFL draft, the Ducks are favored across the country to possibly represent the Pac-12 in the College Football Playoff, if everything lines up correctly.

Verdell spoke to the media during a Pac-12 North division webinar for players last week; Here are noteworthy questions and answers from his session.

You could become the second Oregon player in school history after LaMichael James to rush for 1,000 yards in three straight seasons, is that a goal for you?

A: “Definitely would like to reach that 1,000-yard mark once again and it’s definitely a big goal of mine. To be honest, I haven’t really focused on personal goals, I’ve just been focused on what I can do to better the team.”

Do you think reaching that mark is feasible considering the condensed schedule?

A: “My dad always taught me to ‘shoot past the stars and if you fall short, you’ll be amongst the stars.’ I always set my goals really high for myself and I’m definitely looking forward to it.”

Oregon no longer has quarterback Herbert, but what do you like about the leadership shown by new quarterback Tyler Shough?

A: “Tyler has been able to do that even when Justin was here. He’s always made his presence felt and being around the guys, he’s always been very vocal. Stepping into his role now is very natural for him and I haven’t seen anything where it seems foreign to him. He stepped in and he’s been taking the role very well.”

Have you been able to watch Herbert play in the NFL?

A: “Definitely, definitely, I gotta watch my guy anytime I can.”

What do you think about what he’s shown?

A: “It’s been an amazing feeling just to see that guy. I always catch myself saying, ‘Wow, I really played with that guy just a year ago. That’s crazy.’ But seeing him do his thing at the NFL level, you know that’s where I want to be, it’s just great to see.”

What did you learn from Justin while he was at Oregon?

A: “To never get too hype or excited about a situation. One thing I noticed about him was he was always the same, he never got too up or too low. He was always calm, cool and collected.”

The state of Oregon has dealt with a number issues between the COVID-19 pandemic, the wildfires and social injustice; Have you thought about what UO football can do for a community that’s been through so much this year?

A: “Sports is a — I don’t want to say distraction, but it’s definitely a good way to help people take the minds off all the other things going on in the world.

“A lot of us players look to sports as a place to let out some extra anger or stress we’re feeling. We can just go out on the field and forget about what is happening and just play football for two hours.”

Autzen Stadium is one of the rowdiest venues in college football, but there won’t be any fans in attendance this season; What are you expecting when you run out of the tunnel for the first home game?

A: “It’s up to the players to bring our own energy and our own juice. Fans definitely add atmosphere to it, but at the end of the day, we’re the ones that have to go out there and play football so we’re just gonna focus on that and try to be 1-0 after every game. That’s what’s going to drive us.”

Have the latest COVID-19 protocols been difficult to adjust or is it second nature at this point?

“I don’t think anyone has a problem with it, it’s just a little swab up the nose so it isn’t too much.”

Arizona Wildcats wide receiver Jamarye Joiner underwent foot surgery in May for a Jones fracture, but the junior revealed on Monday that could… 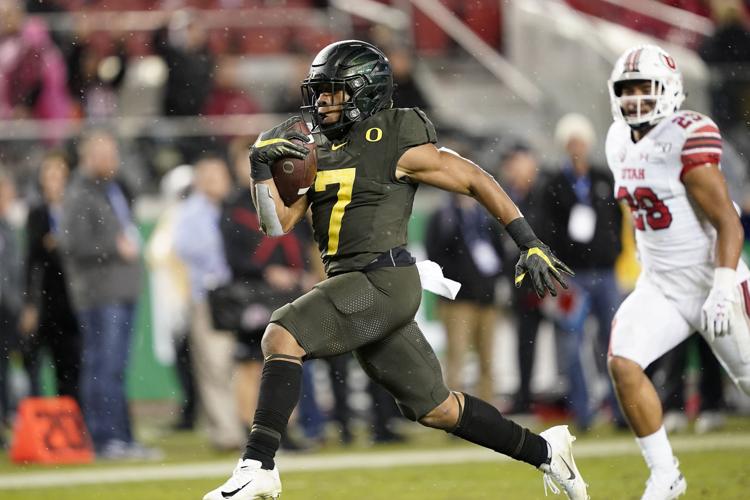 Oregon running back CJ Verdell rushed for 1,220 yards and eight touchdowns as a sophomore last season in 14 games. 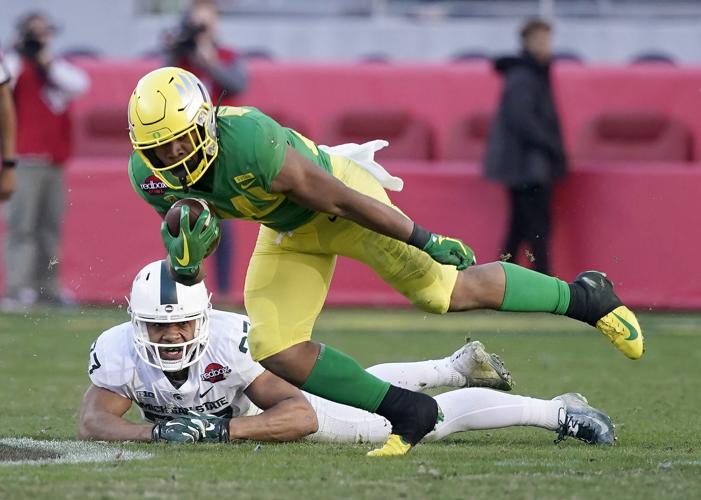