Developers are asking the city to annex and rezone land just north of East River Road and North Campbell Avenue to build a hotel, restaurant and town houses.

The annexation area would encompass St. Philip’s in the Hills Episcopal Church and a portion of vacant land north of the church, as well as properties across Campbell that are north of Joesler Village.

On the west side of Campbell, developers want to build up to 10 town houses. They want to close the one-way entry into the shops and restaurants of Joesler Village on Campbell and move it north as a shared ingress/egress with the community, said Keri Silvyn, an attorney with Lazarus, Silvyn & Bangs that represents the property owners and developer, Town West and the Sarikas/Murphey Trust Property.

The rezoning request for that site is to allow both greater density and the possibility of having the town houses be rentals. The existing zoning allows for one residential property per acre.

On the east side of Campbell, immediately north of St. Philip’s, developers are requesting rezoning for more height to build a four-story boutique hotel and a detached sit-down restaurant. The current zoning allows two stories.

The hotel would have between 120 and 150 rooms. The one-story restaurant would be about 8,000 square feet with a patio.

No hotel brand or restaurant theme have been identified, as the annexation and rezoning must first be approved, Silvyn said.

“There’s a lot of interest,” she said. “But it needs to have the full entitlements first.”

Asked why the owners don’t just rezone and stay in the unincorporated county area, Silvyn said being in the city is advantageous.

“The more land and people, ultimately, that we have within a city jurisdiction means more state-shared revenues this region gets,” she said of the state Legislature’s allocation formula.

“Plus there’s a sense that the city is doing a very good job right now of providing municipal services and … can offer some incentives such as sales tax rebates that can be reinvested into public infrastructure.”

Silvyn said St. Philip’s leaders have been consulted and assured that the views from the church’s main window will not be affected.

Church leaders did not respond to requests for an interview.

The first public meeting regarding the proposed development was Aug. 1. Notice was only required to property owners within 300 feet of the boundaries, but some nearby residents heard about the meeting and spread the word via social media.

Linda and Bob Lohse live right behind Joesler Village and their property borders the land where the town houses are proposed.

“We’re not happy about it,” Linda Lohse said. “Our understanding is the annexation is as good as done and we — the neighborhood — can’t do anything about it.”

She said they built their house there in 2006 because of the one-house-per-acre zoning.

“Already, when we sit on the back porch, we can hear the noise on Campbell,” Lohse said.

“It’s a congested intersection already. Add a hotel there and it’s only going to get worse.”

She and her husband plan to attend future meetings and express their opposition.

“I don’t mind one or two more houses back there,” Lohse said. “It’s a little haven.”

Bill Nathe has lived just north of the proposed town-house development for 16 years and called it and the proposed hotel a “serious problem.”

“I can tell you without a doubt that 100% of residents are against this kind of development,” he said. “It goes against the ambience of the neighborhood and the reason why people live here.”

“There are school bus stops right on Campbell, bicyclists riding up and down Campbell and people out walking,” he said. “It would be the destruction of this scenic route.”

Widening Campbell would require the county taking driveway property away from homeowners, which is not currently being discussed.

Neighbors are working on an organized opposition to both the annexation and the rezoning, Nathe said.

On the east side of Campbell, just north of the proposed hotel, Andrea and Tory Sullivan have lived for four years.

“This development is not compatible with the surrounding neighborhood,” Andrea Sullivan said. “The traffic will impact the residents who are within the county but will have no say and no way to influence the decision makers.”

“The elderly residents are angry and confused,” he said. “It’s not what they signed up for.”

The annexation is just a way to get the rezoning for density and height that county officials have rejected in the past, Tory Sullivan said.

“It’s obviously a political manipulation,” he said. “They want to change the rules that are in place and take it out of the jurisdiction of the people impacted.”

Although she lives west of the area, near River Road and North First Avenue, Cheryl Toff frequents the intersection for shopping and banking. Her husband works just east of Campbell and River.

“With current rush-hour traffic, he often cannot cross River Road to drive west and get home,” she said. “Instead, he drives east to Hacienda del Sol, turns around and then sits in the westbound traffic on River.”

Toff also worries about the impact on wildlife in the area.

“All of us need to think about the future because once the land has been developed and changed completely, we can’t get it back,” she said. “I lived in Los Angeles for many years and, well, that’s just hopeless, but we still have a chance to balance the rights of landowners and development.”

Residents’ angst has been fueled by the complexity of the process at hand.

There are three legally separate steps that must be taken before anything can move forward but, because those steps are happening simultaneously, some residents are confused and frustrated.

Mike Czechowski, with the city’s economic initiatives office, said the city must first decide on the issue of annexation — taking the proposed sites into its jurisdiction.

If approved, the city must then approve translation of entitled zoning so no property owner loses anything in the transfer of jurisdictions.

For example, the site of the proposed hotel is currently entitled to have a building two stories tall, so that height must be allowed if the site enters the city.

The last step is rezoning, where the city decides whether to change density and height restrictions currently in place.

Developers must hold a neighborhood meeting regarding their desired rezoning. That was held Aug. 1.

The city is required to hold a meeting regarding the translation of zoning for property owners within 300 feet of the desired project.

That meeting is scheduled for 6 p.m. Aug. 29 in the Murphey Gallery at St. Philip’s, 4440 N. Campbell Ave. Czechowski said the city gathers the facts to present to the City Council but does not take a position of support or opposition on rezoning.

There are still several public hearings to be held, he said, where interested parties can voice their opinions.

The intersection of East River Road and North Campbell Avenue is considered prominent in Tucson for reasons including the church on its northeast corner that is listed on the National Register of Historic Places. The church's website gives its history:

"St. Philip’s Episcopal Church was founded in 1936. ... Built in the style Spanish Colonial architecture, also called Neo-Mission, St. Philip’s is similar to the Franciscan mission churches built in California over 400 years ago.

"Tucsonans John and Helen Murphey had asked architect Josias Joesler to build a private chapel for them at their home. Instead, he persuaded them to build a small church at the corner of two dirt roads: Campbell and River."

John Murphey was an early developer of the Catalina Foothills.

Joesler was a renowned Swiss-born architect who helped shape Tucson’s architecture from the 1930s through the 1950s.

Joesler Village, a collection of shops and restaurants on the northwest corner of River and Campbell, is named for him — although it was not designed by him — because it "exemplifies" the architecture "that has evolved into signature Tucson style," the village's website says.

The intersection is also the gateway to the highly curvy, scenic part of Campbell that offers views of the Catalina Mountains to drivers heading north into the Foothills.

Annexing land to spur economic development is something the city has done on numerous occasions in recent years to generate sales tax for Tucson’s coffers. Examples include:

• The southeast corner of East River and North Craycroft roads for a shopping center anchored by Natural Grocers.

• The Amazon fulfillment center at the Port of Tucson, on South Kolb and East Valencia roads.

The Chrome Complex is being developed on Speedway near Country Club Road.

Indoor playground for kids to open in Tucson

Larsen Baker and Volk Co. are planning to bring new retail to the center.

On the west side of Campbell north of River Road, pictured above, developers want to build up to 10 town houses. Across the street immediately north of St. Philip’s, developers are requesting rezoning to build a four-story boutique hotel and a restaurant. 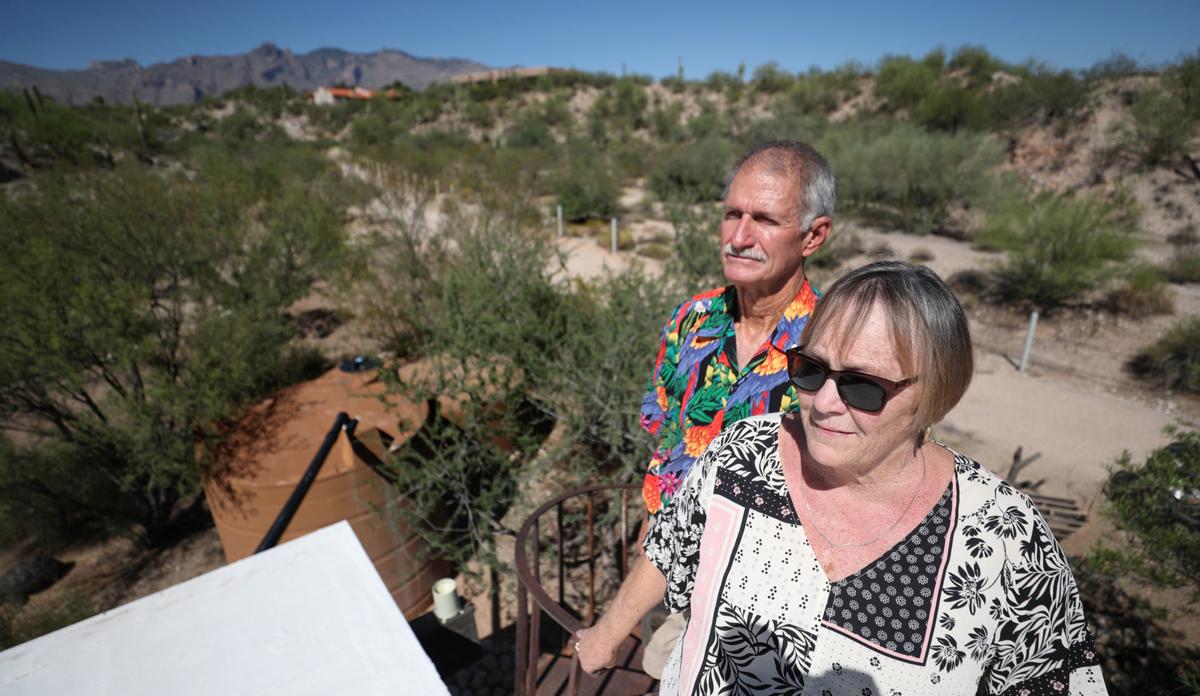 Neighborhood residents Linda and Bob Lohse live right behind Joesler Village, and their property borders the land where the town houses are proposed. “Already, when we sit on the back porch, we can hear the noise on Campbell,” Linda Lohse said. 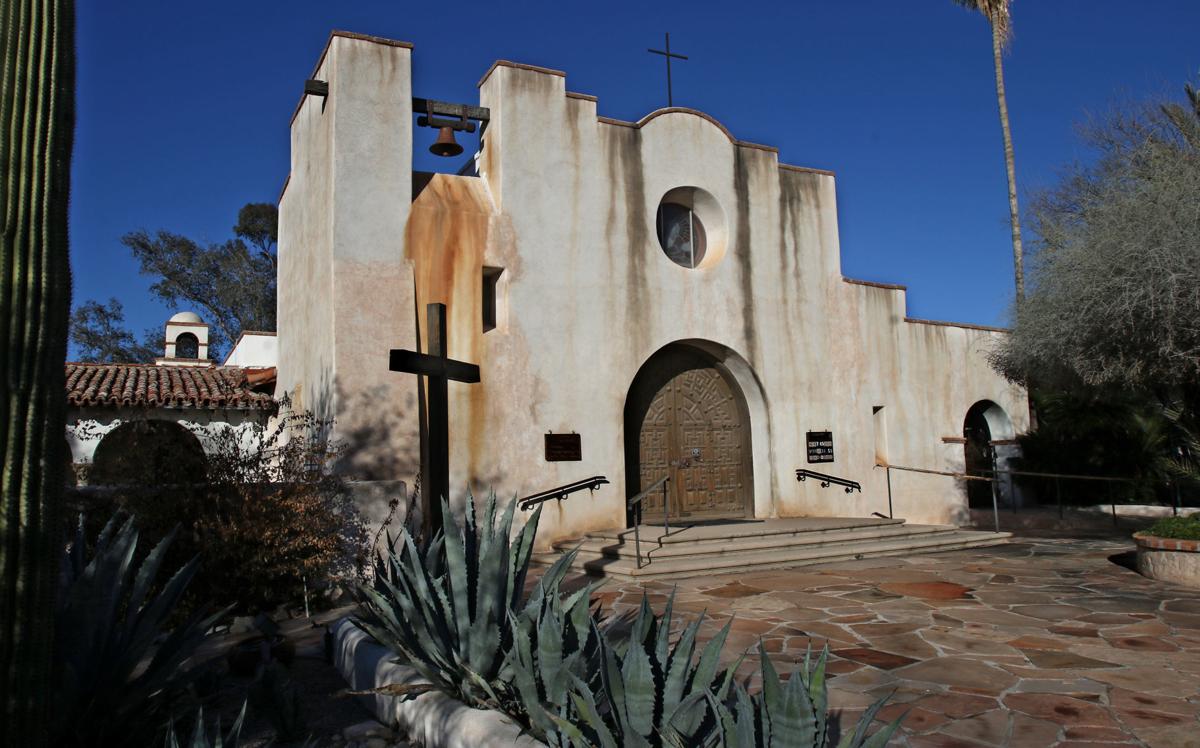 Immediately north of St. Philip’s, above, developers are requesting rezoning to build a four-story boutique hotel and a detached sit-down restaurant. 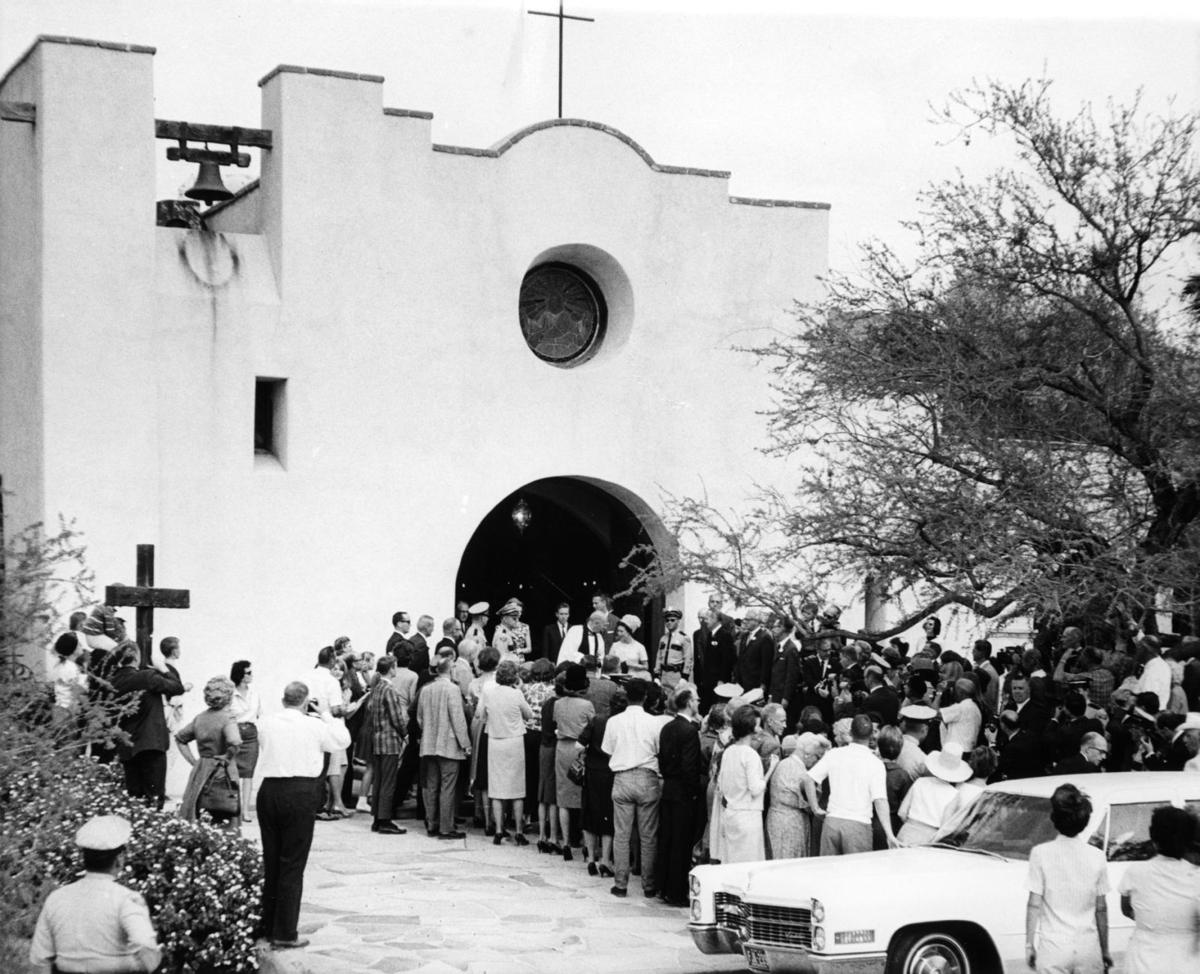 Princess Margaret of England emerges with Rev. George Ferguson from St. Philip’s in the Hills Episcopal Church in Tucson in November 1965. 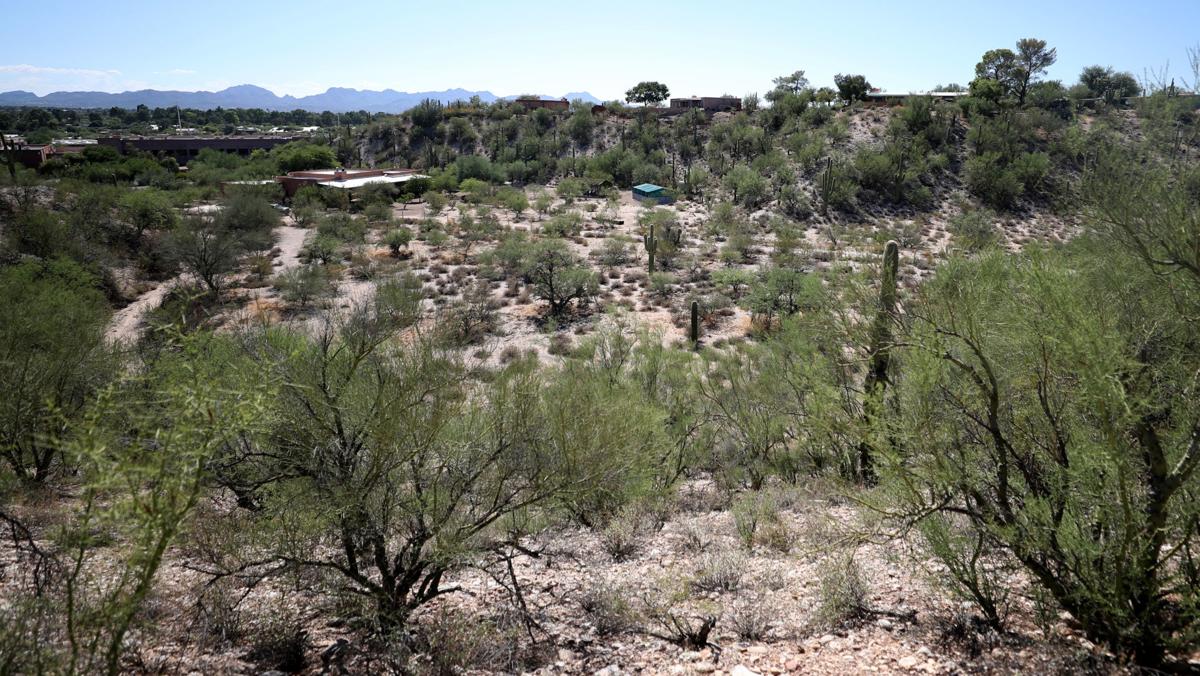 Bob and Linda Lohse home (upper left) located north of Joesler Village at Campbell and River and next to open land proposed for annexation and development.