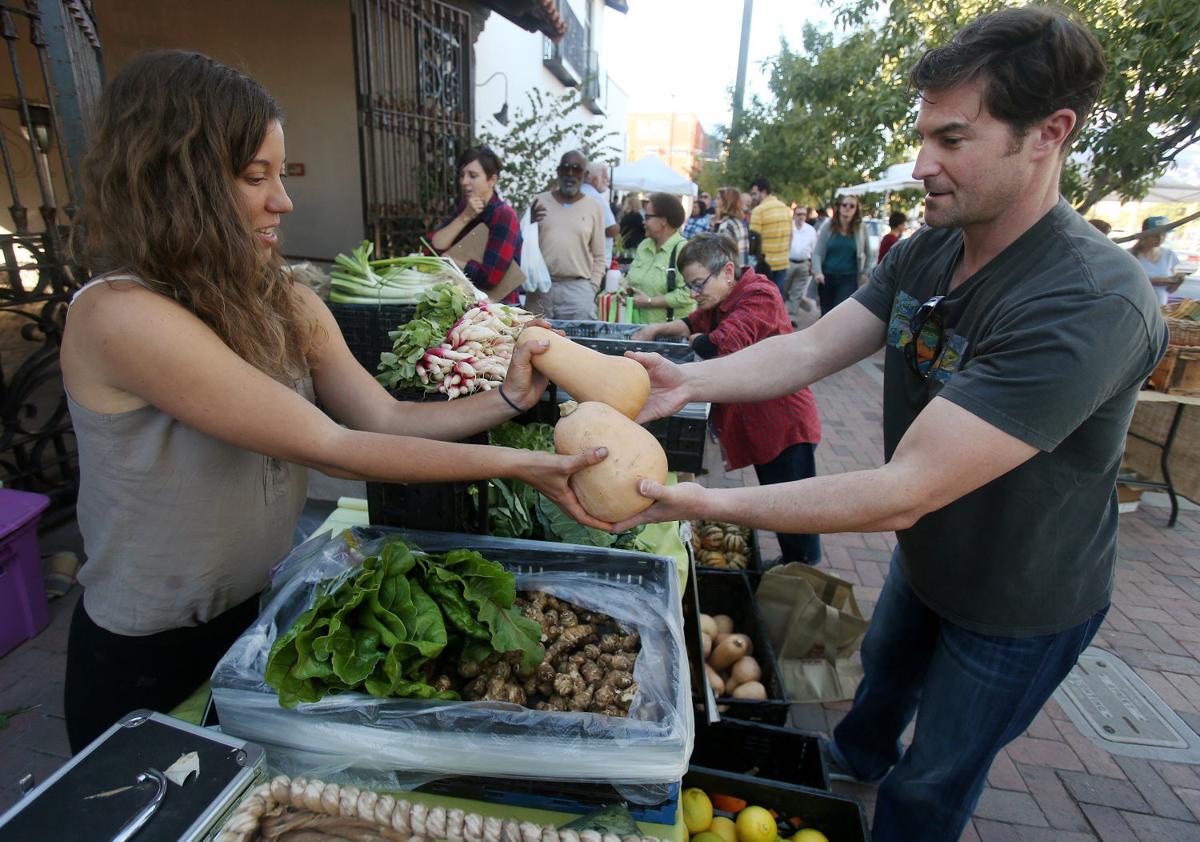 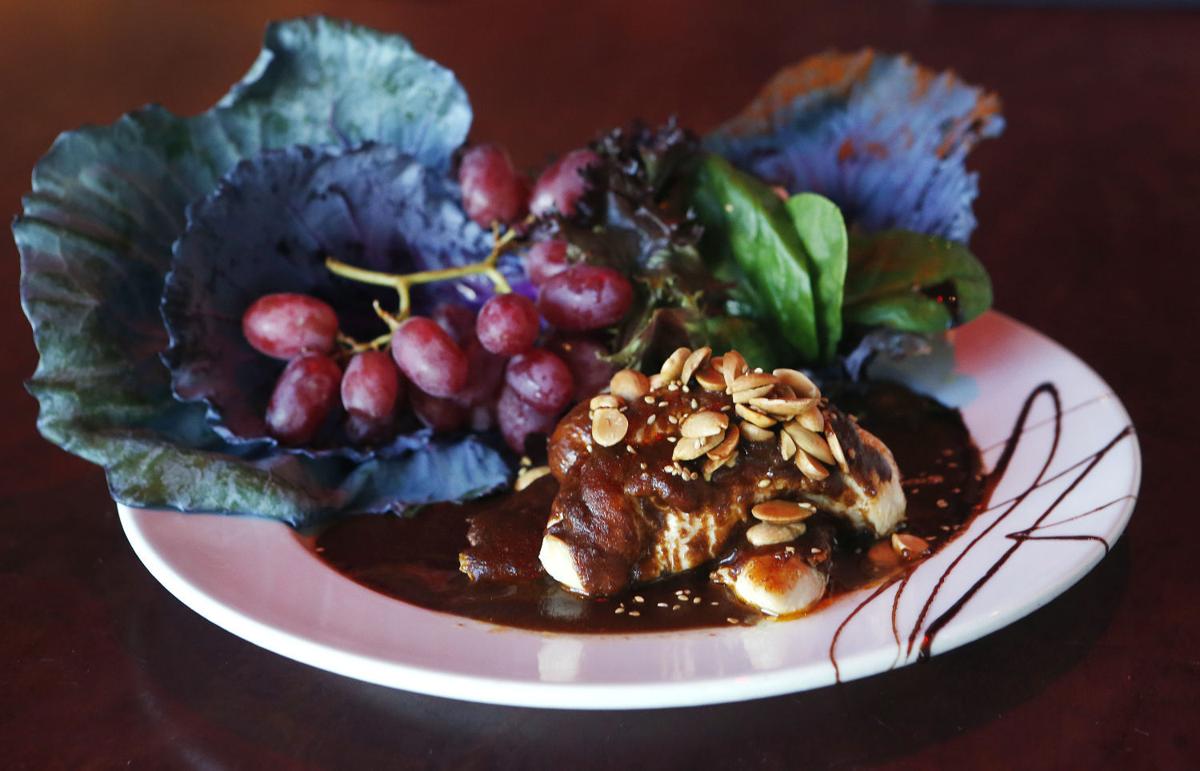 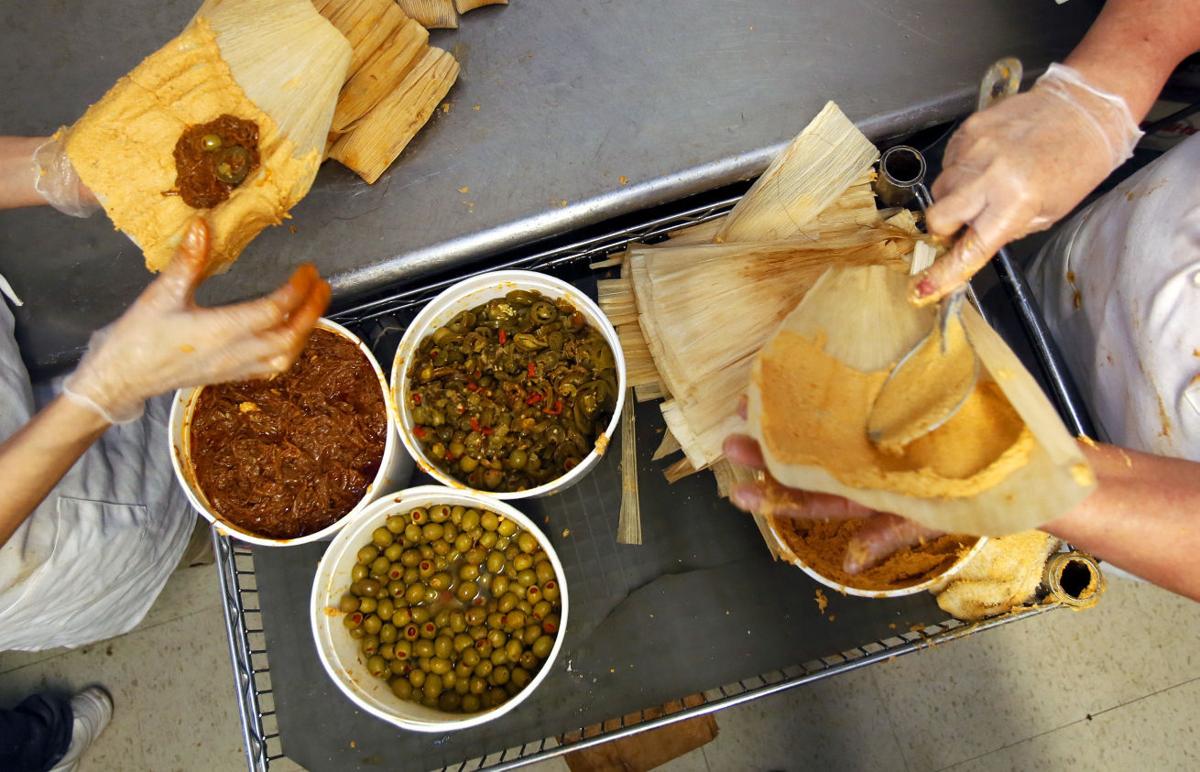 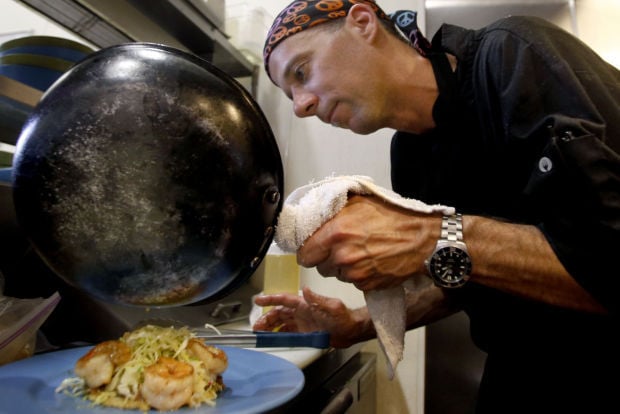 Sous chef Edgar Mendians prepares Shrimp With a Sense of Place at Janos Wilder’s Downtown Kitchen + Cocktails, 135 S. Sixth Ave. With its chiltepin chile salsa, freshly ground corn masa and pickled cholla buds, the dish is an homage to the flavors of the Sonoran Desert.

An international organization has just confirmed what we long knew: Tucson is a great food city. On Friday, The Old Pueblo became the first city in the United States to be recognized for its “gastronomy” by the United Nations Educational, Scientific and Cultural Organization.

As part of the UNESCO Creative Cities Network, Tucson joins a host of cities renowned for their vibrant cuisines, including Parma, Italy (home of the famous Parmigiano Reggiano cheese) and Phuket, Thailand. We are the first city in North America to earn the designation, along with the wine and seafood capital of the Baja, Ensenada, Mexico, which received the honor the same day.

“This is really a milestone in the history of Tucson,” said John Paul Jones III, dean of the University of Arizona College of Social and Behavioral Sciences, during a congratulatory news conference at Mayor Jonathan Rothschild’s office. The university had worked with the city of Tucson and Edible Baja Magazine to pursue the designation over the course of two years.

Coinciding with the honor, Jones said that the UA will launch a new Center for Regional Food Studies to work in conjunction with the Southwest Center. The downtown center will be directed by scholar and educator Gary Paul Nabhan, who was also an adviser in the UNESCO project. In addition to coordinating research on food justice issues, the organization will also perform outreach involved with the new designation.

“One thing that we’ll be doing through the new center is focusing on those international exchanges with the Ensenada, Mexicos and the Zahlé, Lebanons to see how other desert cities around the world are trying to do the same thing,” Nabhan said during the news conference. “It’s great to see people from the university and the city government and the nonprofits and the businesses all rowing together in the same direction, and that’s what made a difference.”

In Tucson’s second attempt at the designation, the 16-page application argued that Tucson is one of the oldest settlements in North America with 4,000 years of agricultural history. Indigenous and New World ingredients come together with Old World traditions to form a unique and contemporary Southwestern cuisine. The application also boasts of Tucson’s many farmers markets, community gardens and food festivals that promote eating local.

Felipe Garcia of Visit Tucson said our town is already known for its gastronomy, but that the designation will be a talking point that will help increase tourism in the future.

“This the beginning; this is not the end of the road. It’s a great success, but now we have to take advantage of this designation and keep selling Tucson as the great place that it is,” he said. “Let’s stop trying to be Austin or Scottsdale or Portland. Let’s be great to Tucson. We should be proud, and we should be very excited about things like this.”

John Kenyon with the UNESCO nonprofit in Iowa City, Iowa, which in 2008 joined the UNESCO Creative Cities Network as a City of Literature, said it was hard to say if the designation had a direct impact on Iowa City’s tourism. But he said the honor had provided a “powerful tool” to spread the word beyond the city’s core demographic of authors and academics.

Chef Janos Wilder, who also advised on Tucson’s application, said the designation will help to improve the local food economy, but more importantly it will allow Tucson to “take a more focused stance on a lot of issues that are important to us.” In addition to the city’s heritage and its seed diversity, Wilder said Tucson draws strength from the “unparalleled” work of the Community Food Bank.

The UNESCO Creative Cities Network was established in 2004 to increase cooperation and urban development between cultural and artistic cities worldwide. Aside from gastronomy, cities can receive a designation in music, design, literature and more. There are currently 116, including six in the U.S.

Read more about Tucson as a UNESCO City of Gastronomy at tucsonaz.gov/gastronomy

Contigo will open in the space formerly held by Poppy Kitchen and, before that, by J Bar.

Things are cookin' at the Carriage House

You've seen the purple signs around town. Here's what they mean ...

You've seen the signs. Here's what they mean ...

How to make Southwestern latkes

Cookie cutters let you get creative, but keep the potato. Video by Nick Murray, Andi Berlin and Samantha Munsey.

Tucson gets national props as a dining destination

National publications tout Tucson as foodie destination on the rise.

Sous chef Edgar Mendians prepares Shrimp With a Sense of Place at Janos Wilder’s Downtown Kitchen + Cocktails, 135 S. Sixth Ave. With its chiltepin chile salsa, freshly ground corn masa and pickled cholla buds, the dish is an homage to the flavors of the Sonoran Desert.