After seven years of pouring craft beers for thirsty patrons in Tucson’s downtown, Borderlands Brewing is preparing to stake its claim in the Phoenix area.

A second Borderlands location, dubbed Borderlands Brewing and Public House, is set to launch in a former auto body shop in north Phoenix, at 701 W. Deer Valley Road, by mid-May.

The new spot will operate under the leadership of head brewer Marshall Norris, who has worked on and off with Borderlands since 2013, and his business partner Matt Wright.

All of Borderlands’ signature beers, like its Noche Dulce vanilla porter and Prickly Pear Wheat, will be brewed at a production facility the original Borderlands shares with Sentinel Peak Brewing in Tucson. It will then be shipped north to Phoenix and sold in the taproom.

The new Borderlands location also will produce its own specialty beers using an in-house, three-barrel system. Those craft creations will be sold alongside a selection of Arizona wines, mead and guest beers from breweries across the state.

“We’ll be going back and forth to Tucson quite often,” Norris said. “It will give us the chance to grab some really special kegs from Tucson-area breweries that aren’t distributed in Phoenix. It will be a good draw.”

Mike Mallozzi, who launched the original Borderlands Brewing with business partner Myles Stone in December 2011, said that entering into a licensing agreement with Norris and Wright to bring Borderlands to Phoenix was an easy decision.

“We wanted a footprint in Phoenix,” Mallozzi said. “It is the largest market in the state. But it is really hard to do unless you have a partner up there.”

Borderlands’ beer is already available in bars, restaurants and stores throughout the state, but having a second location will help tremendously, Mallozzi said.

“In-state breweries are having a challenging time getting new points of distribution, things like new tap handles or shelf space in stores, because of all of the craft beers coming in from out of state,” Mallozzi said. “Creating your own point of distribution is a way to protect yourself against that.”

Norris said he had long wanted a brewery to call his own, and initially he and his business partners were unsure that they wanted to use the Borderlands name.

“We were strongly considering starting our own brand,” Norris said. “But we agreed that we loved what Borderlands has done in Tucson.”

Norris said he would like to see similar activities happen at the new Borderlands.

“The primary focus will always be on craft beer,” Norris said. “But we want to take what Borderlands is doing with the community in Tucson and amplify it up here.”

Norris said the long-term goal is to have five more Borderlands locations in the Phoenix area within the next five years, each one adapted to a different part of the valley.

“Maricopa County is a whole new beast,” Norris said. “(Phoenix) is more particular than others, but we are glad to be there.”

Follow the progress made at Borderlands Brewing and Public House at facebook.com/BorderlandsPHX.

The Phoenix location also has a Kickstarter campaign running through Saturday, March 23, to help raise funds for taproom construction at kickstarter.com/projects/766188057/borderlands-brewing-and-public-house

Find out more at facebook.com/borderlandsbrewing.

Spring is here, and so is Tucson's Fourth Avenue Street Fair

More than 300 artisans will set up booths along the avenue and offer everything from paintings to leather works to pottery to sculptures.

Full of interactive displays, this experience takes a deep dive into the science of the captivating creatures and the future of Earth’s oceans.

“The Illusionists,” with five magic makers will be at Centennial Hall.

Mister Car Wash, which has been opening a new store every other week across the country, has bought land for a new Tucson location.

This will be the fourth location for the popular neighborhood restaurant/bar.

Restoration work has been underway on the Mighty Wurlitzer theater organ for over a decade.

On the hunt: Tucsonans find "out of the ordinary" items at weekend yard, estate sales

Tucson’s small army of collectors and resellers scour the city each weekend, looking for cool and valuable items at affordable prices that they will either treasure forever or flip for a profit.

When it comes to the cuisine served at Foxy Roxy’s Chicken ’n Cone, owner Guillermo Berrellez likes to experiment. 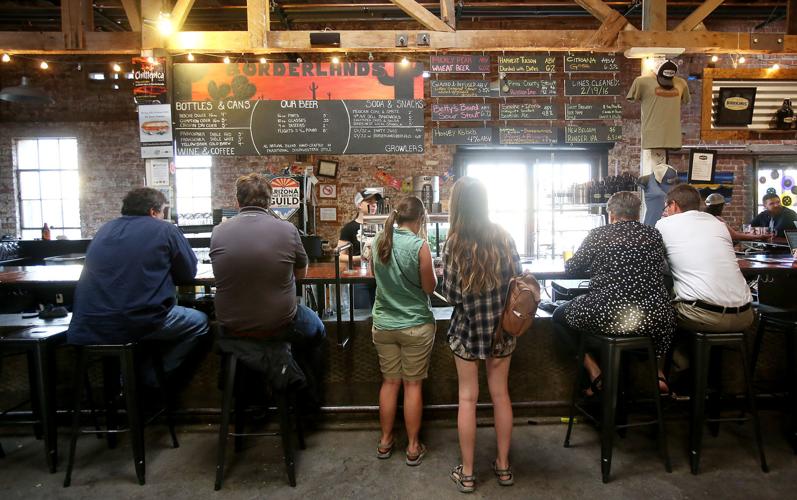 Borderlands Brewing Company, which has been in Tucson for seven years, will be adding a Phoenix location by mid-May. 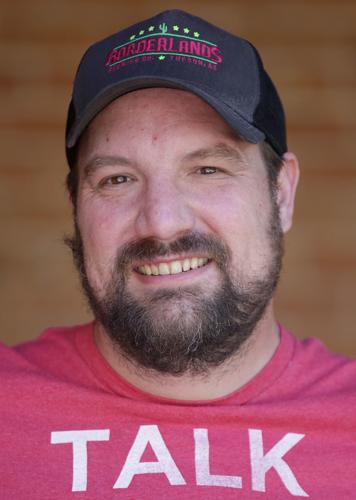