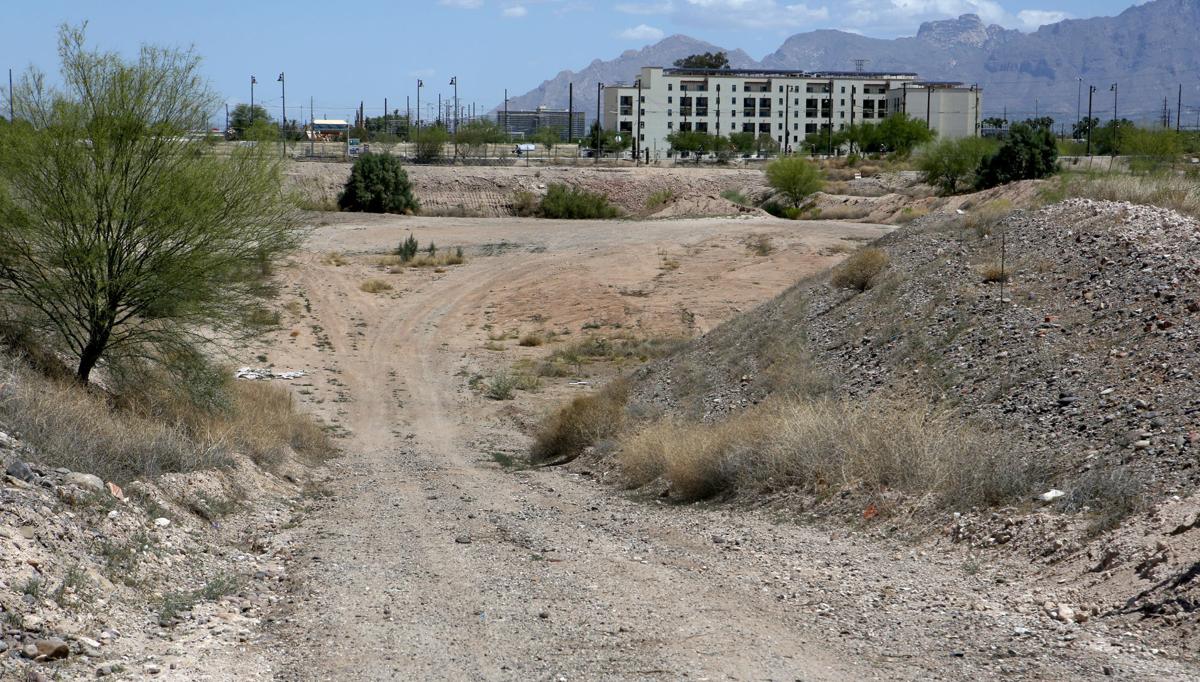 Caterpillar will build a new corporate office west of the Santa Cruz River for more than 600 executive employees. Above, looking north toward Congress Street, 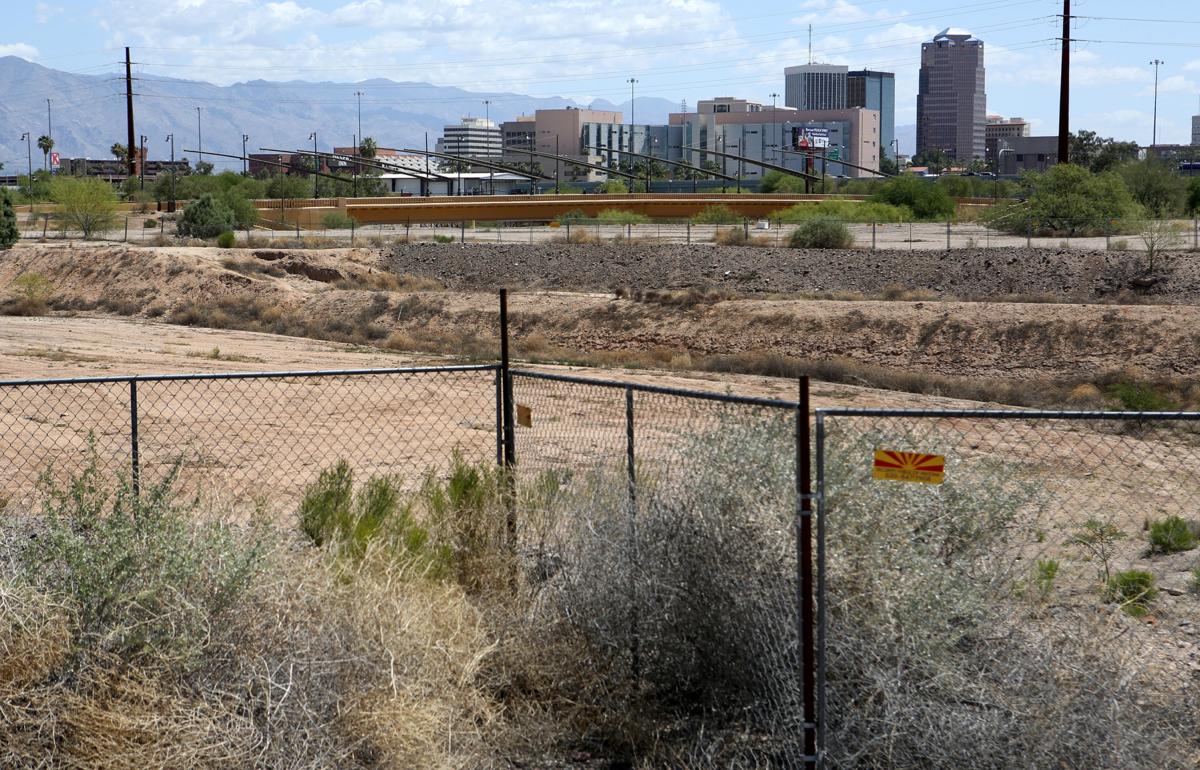 The Rio Nuevo Multipurpose Facilities District will spend $52 million and the state will provide $4 million to support Caterpillar’s move to Tucson, west of downtown.

The site of the future Caterpillar headquarters near downtown Tucson will soon be abuzz with activity.

A fence will be erected around the work site, west of Interstate 10 and south of West Cushing Street, to begin removal of an existing landfill.

Contractors expect to move between 10 and 15 trucks through the area per hour with another dozen personal vehicles on site.

Digging up the landfill and transporting it to Los Reales landfill on the city’s southeast side is expected to take about four months and set to begin in early June.

A project team met with residents of Menlo Park to walk through the remediation process and plans to protect them from excessive dust and odor, said Gene Einfrank, president of the neighborhood association.

“There’s been good communication,” he said.

Two neighborhood representatives meet with the design team to give input on the future building’s appearance.

“We have given them some ideas of what we don’t want,” Einfrank said. “Glass and steel is not something we would desire.”

He said they haven’t requested a specific architectural look.

“We would like to see a lot of attention paid to how this building is going to look and fit into the neighborhood,” Einfrank said. “It should reflect a respect for Tucson’s birthplace and the fact that it’s in a historic neighborhood.”

Rio Nuevo Chairman Fletcher McCusker said all neighbor concerns are being taken into consideration as the contractor and architects work on the design, as well as Caterpillar employees.

“The design team has been to Peoria to talk about the interior of the building, what kind of space they want, what functions, type of cafeteria, weight room, etc.,” McCusker said. “With neighbors they’ve discussed aesthetics, plant life, where the road should go.

“Everyone is eager to get going.”

He was particularly pleased that local construction company Sundt was awarded the contract. Smith Group JJR and its partner WSM Architects Inc. are designing the building.

“This project has been given a lot of attention,” said Ian McDowell, regional director of Sundt in Tucson. “We’re very lucky to be part of the team.”

He said when Sundt put in a bid for the project, it was the first time his parents called to wish him luck.

“It’s one of our more significant projects,” McDowell said.

Last year Caterpillar announced it would move its Surface, Mining & Technology Division to Tucson with more than 600 executive jobs over the next five years.

Employees are temporarily housed in a county-owned building at 97 E. Congress while the new headquarters is built.

The Rio Nuevo Multipurpose Facilities District voted to spend $52 million to bring Caterpillar Inc. to Tucson. Another $4 million was provided by the Arizona Commerce Authority, making the offer one of the largest in recent state history.

The tribe has until July 1 to approve the lease extension.

CVS has signed a letter of intent, agreeing to maintain the facade.

Three other Tucson Payless ShoeSource stores are being shut down.

Caterpillar will build a new corporate office west of the Santa Cruz River for more than 600 executive employees. Above, looking north toward Congress Street,

The Rio Nuevo Multipurpose Facilities District will spend $52 million and the state will provide $4 million to support Caterpillar’s move to Tucson, west of downtown.