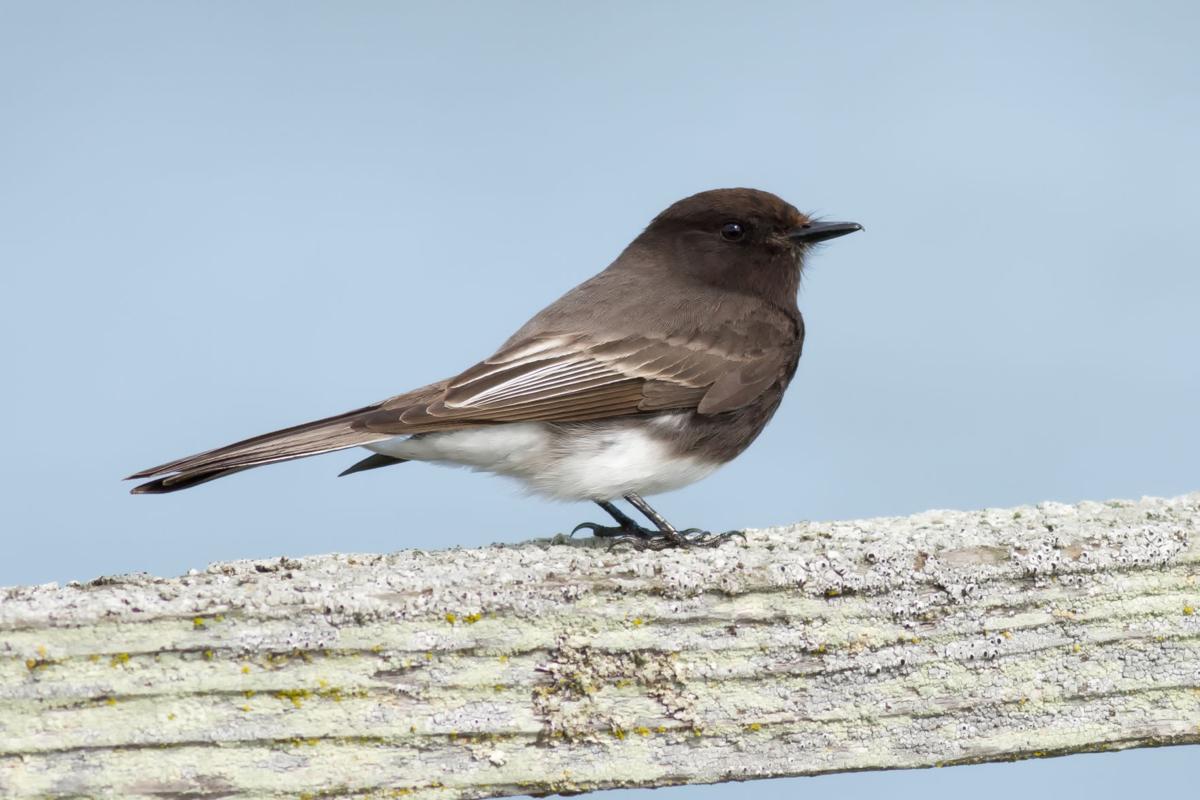 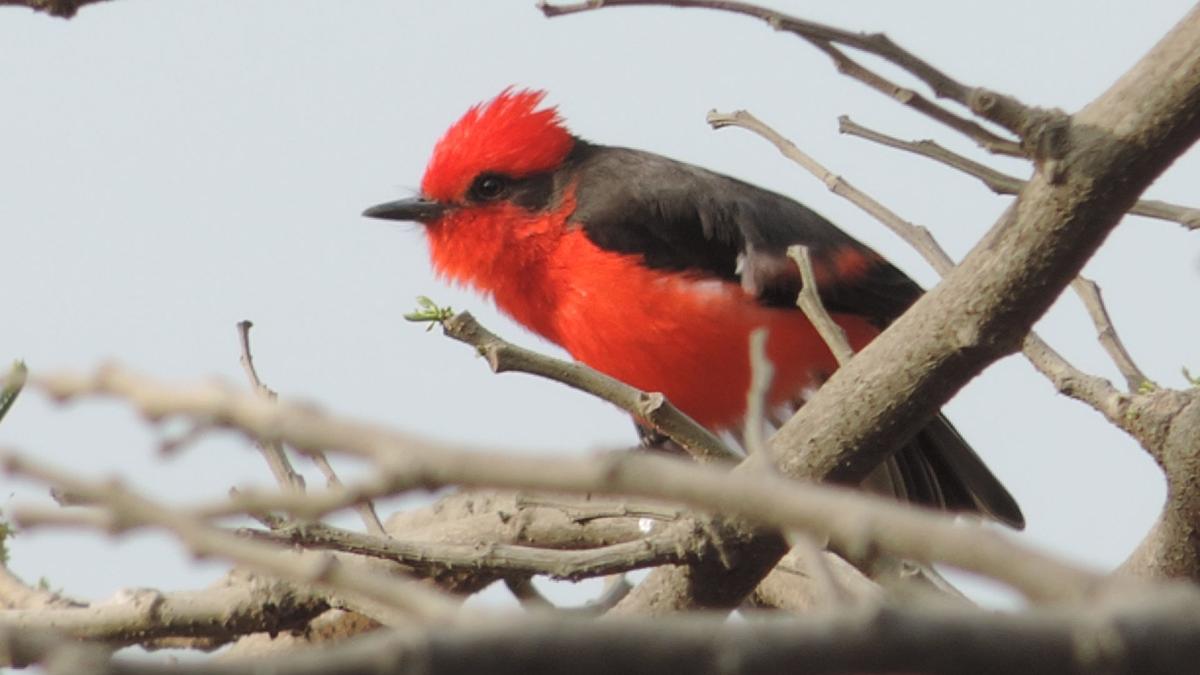 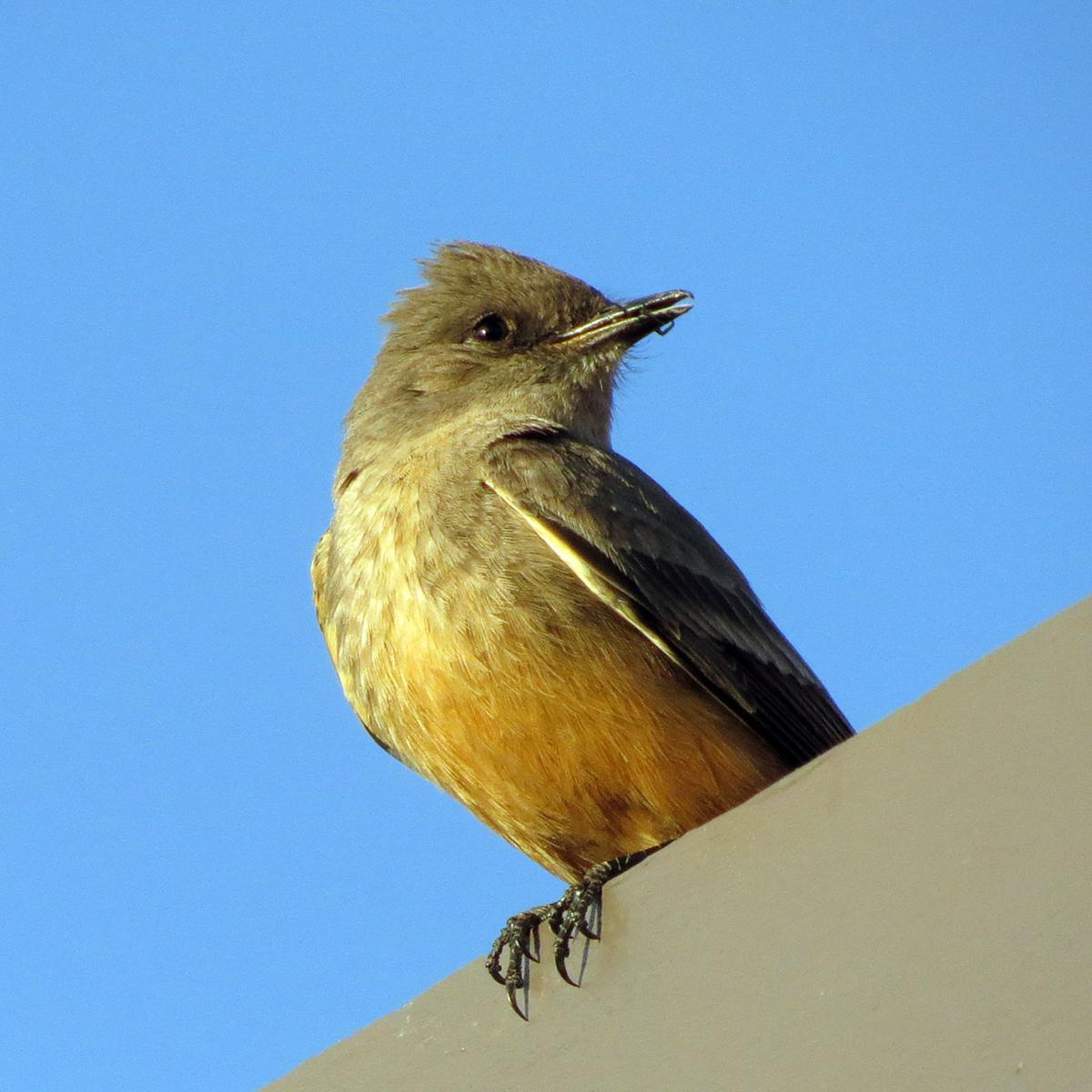 Special to the Arizona Daily Star

Tyrant flycatchers is an interesting common name for a family of birds, especially these insectivores that don’t seem to bother anyone except those that get too near their nests.

According to famous birder Kenn Kaufman, the name goes back to an early description of the eastern kingbird as “the tyrant” by Mark Catesby, a noted naturalist and author, back in the 1730s.

Carl Linnaeus, the father of taxonomy, adopted the tyrant name when he was classifying the group of birds to which the kingbird belongs with the family name Tyrannidae, because he admired Catesby’s work. Since then there are a number of birds in this group referred to as tyrants.

The Tyrannidae is the largest family of birds with over 400 species and they are found throughout the Americas with most in South America. Approximately 35 species breed in North America.

A small subset of the flycatchers includes some local favorites in the genus Sayornis (black phoebe, Say’s phoebe) and the genus Pyrocephalus (vermillion flycatcher). All three of these species may be seen in our area where there is some open space with plants or a fence to perch on while they observe, chase, and eat passing insects. They tend to fly to grab the insect and return to the same perch to eat it. If you follow one of these birds they will adjust their perch to nearby places until you move far enough along so they can loop around to their preferred location.

The vermillion flycatcher (Pyrocephalus obscurus) has a descriptively named genus (literally “fire head” from the Greek) and if you look it up in the “The Sibley Guide to Birds” you will find one word under the photo of the male of the species “unmistakable,” where you might see something like “short dark tail” or “pinkish vent” for other less prominent species. They are called “obscurus” because they can be difficult to spot in tall trees with dense foliage.

In our lower elevation desert trees they are a bit more obvious. They tend to stay near a water source if you’re looking for them. The black phoebe (Sayornis nigricans) seems to appreciate water as much if not more and is often found on branches near a water source. The black phoebe is not as much of a migrator as its relatives and can be found year round in these parts. It has a mostly dark colored body with a white belly. Its tail-wagging behavior while perched is a quick giveaway when spotting them. The genus for the black phoebe is named in honor of Thomas Say (1787-1834). Say was an entomologist and named insect species as well. He was the first Secretary of Academy of Natural Sciences in Philadelphia in 1812, and a naturalist on Long’s expeditions to the Rocky Mountains in 1819-1820 and 1823. The species name, of course, refers to the blackish color of the bird.

The name “Say’s phoebe” takes the guesswork out of who discovered and classified this species but in case you weren’t sure, the binomial nomenclature is Sayornis saya. This species acts very much like the other two, chasing insects from a perch. They are seemingly less dependent on a water source and may be found farther out in the desert.

They are also more migratory than the black phoebe, venturing as far north as Canada and Alaska. While the vermillion flycatcher nests in trees, the phoebes have adapted to also nesting on human built walls and buildings as well as natural ledges. I find these birds are something we can see fairly often in their recognized habitats and I always appreciate seeing them.

Watch Now: Can the workplace be COVID safe and eco-friendly?

What workers wish they'd done differently when saving for retirement

What workers wish they'd done differently when saving for retirement

Two-thirds of Americans believe in ghosts

Two-thirds of Americans believe in ghosts

Check out this amazing green-furred puppy born in Italy

Check out this amazing green-furred puppy born in Italy

René Descartes, the French mathematician, scientist and philosopher, is famous for many things, such as inventing the rectangular coordinate s…

Proper mowing, fertilizing and irrigating are the basic components of lawn management.