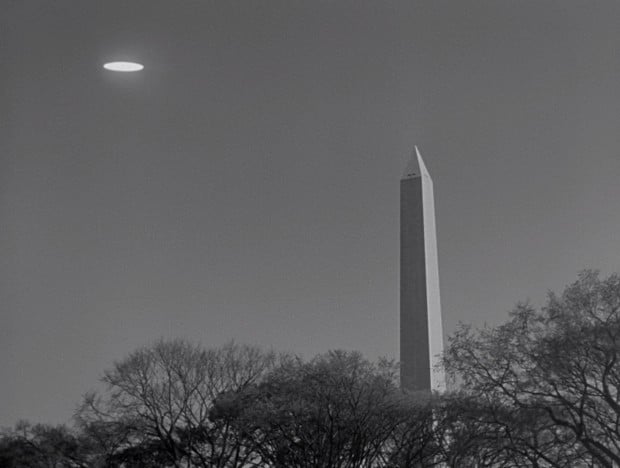 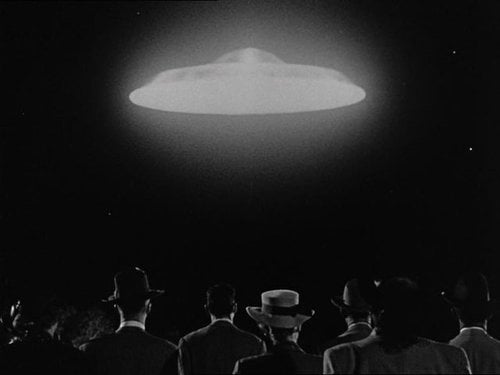 Tales from the Morgue returns with a tale about a University of Arizona professor who was quite curious about Unidentified Flying Objects. He believed that some UFOs were really extraterrestrial in origin, perhaps probes from another intelligent species.

In 1958, Dr. James E. McDonald offered advice to those who might see a UFO. He also said he would welcome reports so he could study the phenomenon more.

Before presenting the first article, the Morgue Lady must admit that she had never heard the word "ignoration." It is a noun defined as "a logical fallacy that consists in apparently refuting an opponent while actually disproving something not asserted."

Unidentified flying objects . . . are they only hallucinations or are they of scientific significance?

Dr. James E. McDonald, senior physicist for the University of Arizona's Institute of Atmospheric Physics, says he has no definite answer to the question.

But what he terms "an unorthodox curiosity" has taken him into a study of the UFO's "for reasons that are not clearly apparent to me."

"I can't believe that all these reports," says Dr. McDonald, "are just deceptions. I'm sure that there is scientific significance to some of them."

Dr. McDonald, who came to Tucson in 1954 to assist in the university's weather research program, finds the investigation of the mysterious objects a difficult one.

"Science as a whole has tended to ignore the field," he says, "and it is certainly a regrettable situation. I suppose the main reasons for the neglect are the lack of proper data and the ridicule that sometimes follows the man who sees an unidentified object."

Dr. McDonald plans to continue his part-time research in the field, but the difficulty in locating witnesses of the celestial events and acquiring accurate data from the few who either call or write him has prompted him to develop several rules.

If you should spot an "unidentified flying object," he asks you to do the following:

"1. Stay in one spot, if possible. Mark the spot and the object with reference to some stationary point, such as a telephone pole, a tree branch or a roof top. If this is done I will be able to recreate the scene if I investigate.

"2. Check the time of day. This is important in correlating your report with others.

"3. Note the direction of the object from your position. Try to get a compass bearing.

McDonald admits it is very easy to be deceived by an object in the sky. "The most experienced observer may be tricked," he says. "My wife and I once mistook two bronze-colored kites for strange objects."

Running down flying object reports has brought Dr. McDonald descriptions that ranged from "fire balls" to "a whining, metalic object that sped about 500 feet above the ground at about 500 mph."

Despite the many inaccurate reports and his own deception, Dr. McDonald plans to continue his research in hopes that some day it may bear fruit.

The 38-year-old Iowa State graduate had his interest aroused in 1947 when the first flying saucers were reported from Tacoma, Wash.

Since his arrival in Tucson he estimates he has checked into "a few dozen" reports. The time he spends on the investigations is usually short, but one sighting (last April) prompted him to question 75 people.

He says he has "solved" only one of the reports — what he feels was a green flare set off in the university area.

"I was extremely lucky on that one," he explains. "I got calls from several people in different parts of the city. And all their facts were roughly the same."

Over the long haul, Dr. McDonald gets many reports that "seem to hang together internally but can't be explained."

But if observers follow his suggested procedures, some of the mysteries of unidentified flying objects may be solved.

When the Air Force established a special unit to investigate UFOs, McDonald said the investigators were not trained in the appropriate sciences needed and that their priority was debunking the sightings.

The Flying-Saucers-Come-From-Outer-Space theory got a big boost yesterday from a top University of Arizona scientist.

McDonald said that he based his conclusion on a six-month study of the problem plus his 10 years of personal investigation of unusual atmospheric phenomena. He said he has studied hundreds of UFO reports from around the world and found that many of them are more than so-called "optical illusions."

At no time during his seriously presented talk did Dr. McDonald say that he had ever seen a UFO nor did anyone ask him if he had in the question-and-answer period after it.

The physicist took sharp issue with the investigation and handling of UFO sightings by the special Air Force unit established for this purpose and headquartered at Wright-Patterson AFB.

"The investigation has been very superficial and has been carried out at a quite low level of scientific competence," he said. "It is a scientific scandal," he added, saying that none of the investigators had any training in astronomy, physics or other related sciences.

Since 1953 "debunking" has been a goal of the Air Force investgative team, he said.

This past spring McDonald said he has been to Wright-Patterson AFB several times, talked with scores of persons who have reported sightings and he has examined Air Force reports of investigations of these and hundreds of other sightings.

Some of the sightings are bound to be more than "optical illusions," he said. He told of the report where a bright object followed a truck in Oklahoma for a number of miles and that it had been passed off as a matter of the driver's imagination.

Others, he said, "have tried to pass these things off as secret armed forces projects. I have a hard time believing that the government is working on a plane that puts out a bright light and follows trucks."

Eight hypotheses were proposed by McDonald in the talk given in the Physics-Mathematics-Meteorology Bldg. They are: hoaxes, hallucinations and hysteria, misinterpreted natural phenomena, advanced technology, still-unknown natural phenomena, extraterrestrial probes, unknown psychic phenomena and messengers of salvation.

Hoaxes , hallucinations and hysteria do account for some reports but these reports are soon recognized for what they are.

The official Air Force position on all UFOs is that they are misinterpreted natural phenomena. McDonald said this could account for some but certainly not all of the unexplained sightings.

McDonald said the UFO problem is 20 years old and it can no longer be explained away by saying that they are advanced types of airplanes and satellites, the theory advocated years ago.

Other unsatisfactory solutions according to McDonald are time traveling, extra-sensory perception (ESP), telepathy, secret societies from our planet or others and as messengers of salvation from Venus (not Mars).

"Having eliminated seven of the hypotheses, I am left with the eighth one — estraterrestrial probes," he said. "The evidence of UFOs is there and this is an argument by elimination for the least unsatisfactory solution."

The physicist said his study showed patterns of "something like reconnaissance can be perceived." However, he refused to speculate further on their origin.

"A radical change in the mode of scientific attack on the UFO problem is required," he said. "A science-oriented agency such as the National Aeronautics and Space Administration (NASA) seems logical place to pursue UFO investigations, above all since hostility is not indicated and extraterrestrial origin is."

McDonald explained that the only possible hint of any hostility in any of the thousands of sightings in the past 20 years was that a slightly higher than normal per cent occurred before or during power failures.

Days later, McDonald was pleased when he learned that Edward Condon, a professor of physics at the University of Colorado, would direct scientific phases of UFO research under a grant by the Air Force.

However, he was unhappy with the outcome of the investigation and challenged the report.

A University of Arizona scientist criticized the recent Condon Committee report on unidentified flying objects financed by the U.S. Air Force as "the largest piece of bad advice on UFOs the Air Force has received to date."

Dr. James E. McDonald, senior physicist at the UA Institute of Atmospheric Physics, said that Dr. Edward U. Condon, a University of Colorado physicist who headed the two-year study, misconceived the UFO problem, tending to equate it with a lot of nutty people with nutty theories.

"He sets up the obvious straw men in the report, a group pf about 20 cases that any serious investigator wouldn't have paid any attention to, and when he knocks them down gets applauded for it," he said. "The obviously insignificant cases get top billing while he ignores several well-known cases. About a dozen cases he does cite, startingly significant ones, remained completely unexplained."

The Feb. 1 issue of the "Saturday Review" magazine carried an article by Condon on the UFO study and a personality portrait of the investigator. The only UFO theory mentioned in the personality piece refers to a hypothetical plant with headquarters for extraterrestrial intelligence which someone asked him to comment on.

"The plant story is a typical example of the nuts who have been plaguing the Air Force and the scientific community for years, the crackpot fringe, and yet Condon turns to it as if that's the problem at hand," he said.

McDonald remarked that Condon apparently paid little attention to project members who were investigating the seemingly strong cases in favor of personally looking into crackpot cases.

Furthermore, the Air Force, which spend $500,000 to have the investigation conducted has led scientists into believing the finest USAF scientific talent came up with nothing on UFOs he said. Dr. McDonald is convinced the best men have not studied the problem.

Next week, the UA physicist will address the symposium on Meteorological Observations and Instrumentation in Washington, D.C., and will strongly urge the scientific community not to take Condon's recommendation to drop all investigation of UFO's.

"This thing isn't over yet, and even I am surprised at the editorial comment and letters I've been getting on the Condon report," he said.

Aside from his UFO studies, McDonald also testified before Congress at another time about the environmental hazards of SSTs, or supersonic transport jet planes. He formed the Committee Against Ringing Tucson with Titans, opposing the Titan intercontinental missile sites around Tucson.

Dr. McDonald died June 13, 1971. His body was found near a bridge over the Canada del Oro wash near Ina Road and Interstate 10. His death was ruled a suicide. A revolver had been found next to his body.

McDonald had attempted suicide a few months earlier by shooting himself in the head. He left a note both times.

While many articles about McDonald concerned his UFO studies, he was considered a brilliant scholar in his field as an atmospheric physicist. According to then-UA President Richard A. Harvill, he was well-liked by his students.

If the link for subscribers to read for free doesn't work, click here, click "options" on the right, then click the "editions" tab, scroll down to click "ebooks," then choose the book you wish to read.

More Tales from the Morgue

Some “Tales from the Morgue” series are now available as eBooks along with some other Arizona Daily Star special sections.

The story of Eva Dugan is available as an ebook for Nook and Kindle and free for subscribers who have activate their account.