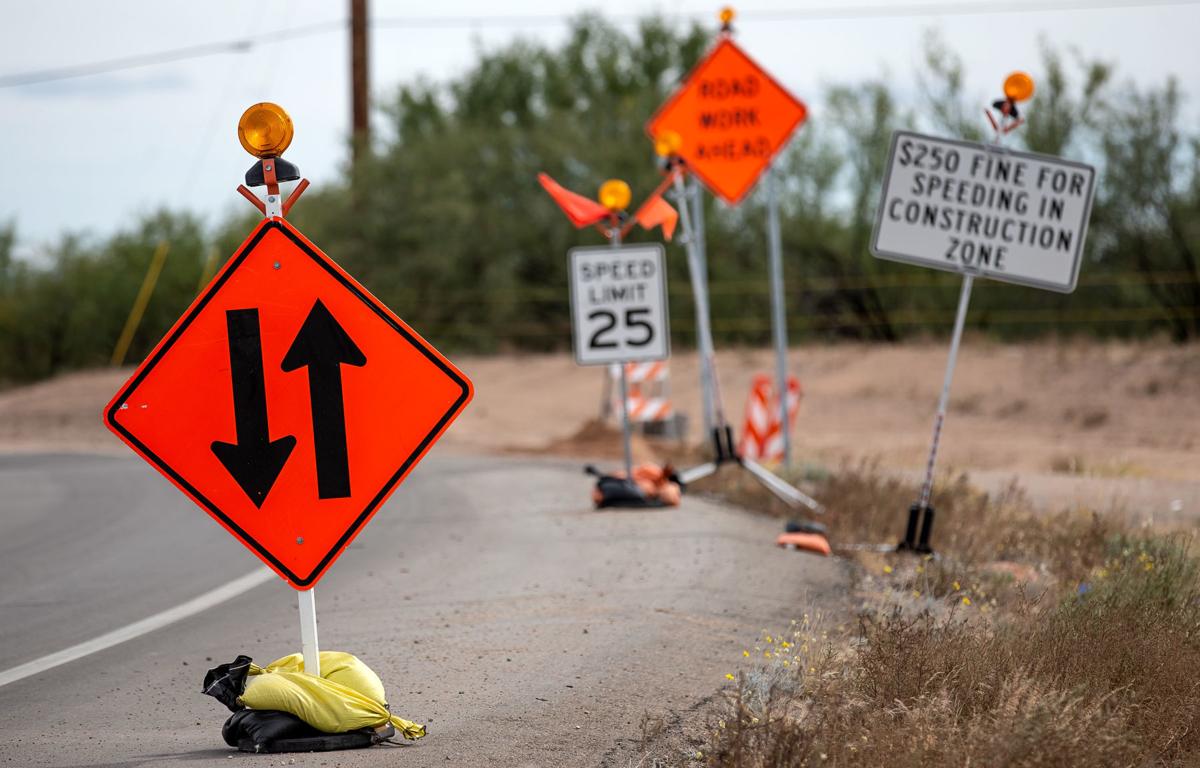 Pima County officials say that under the PAYGO plan they will spend $526 million for road repairs over the next 10 years. 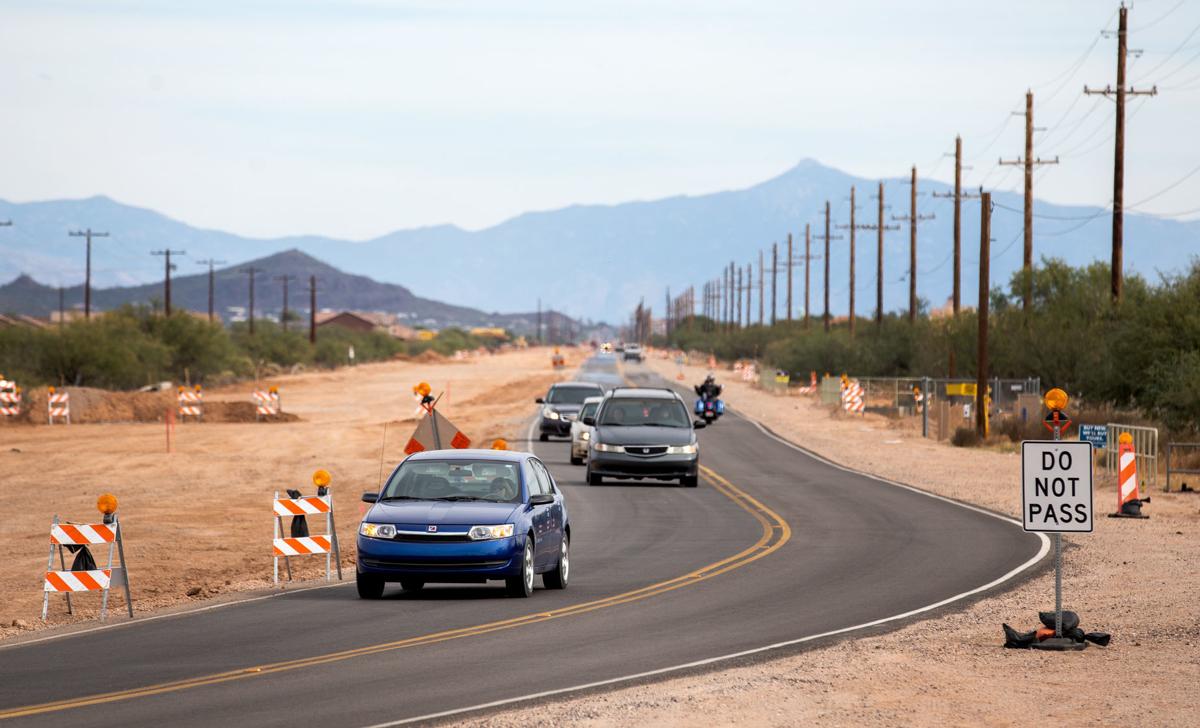 Vehicles drive west on Valencia Road where road work is occuring between Ajo Highway and Wade Road, on Nov. 9, 2019.

The Pima County Board of Supervisors last week approved a “landmark” policy for funding capital infrastructure projects, which will primarily be used to improve roads in unincorporated Pima County over the next decade.

The supervisors unanimously passed the pay-as-you-go policy, or PAYGO, which officials estimated will generate $387 million total to help offset more than $778 million in needed priority capital improvement projects of county infrastructure through fiscal year 2030. The money comes from a percentage of the secondary property tax and a portion of the taxes no longer needed to pay off bonds.

The bulk of that money — an estimated $220 million — will be used for road repairs, giving the county a total of $526 million for road repairs over the next decade, officials said.

That will allow county roads to reach a rating of 80 on the network pavement condition index, which on a 100-point scale is considered “very good.”

“This is a landmark action by the board to fund a 10-year plan to get all the paved roads in unincorporated county up to that very good condition,” Carmine DeBonis, deputy county administrator, told the Star.

The PAYGO policy was crafted over the course of this year after voters rejected a $430 million bond for road repairs last year. The county considered funding the projects through a sales tax, or changes in the gas tax, DeBonis said. They opted for PAYGO, which is similar to a policy crafted by Maricopa County, as well as one that will continue to be used in Pima County by the library and flood control districts — where portions of their taxes are dedicated to pay for capital improvements.

The amount of money needed to pay off the county’s bond debts is expected to decline significantly as the county uses the PAYGO system, officials said, so the tax revenues needed to pay off debts can be reduced year-over-year, declining to zero in 10 years.

“This PAYGO plan will provide us the funding to make sure our critical infrastructure is maintained and that we’re meeting the needs of a growing population, while at the same time providing tax relief to county taxpayers,” he said in a statement.

DeBonis acknowledged that the funding through PAYGO could fall short of expectations, should tax revenues be negatively affected by a recession. But he added that the policy was crafted to allow flexibility to those circumstances, as the specific projects are set each year. He added that the county has already identified what road projects the money will be used for during fiscal year 2020.

“Projections are just that. They are projections, so there is a need to update those on an ongoing basis. It’s no greater concern that any other instance where we’re working off projections,” he said.

During Tuesday’s meeting, the supervisors voted to spend $27 million of the unreserved fund balance from last fiscal year on road repairs, priority upgrades to county facilities downtown and improvements to county parks.

About $2 million will be spent on roads in each supervisors’ district, bringing the total amount of road repairs to $36 million during this fiscal year; and $15 million will go to the county’s legal services building and two administration buildings for façade repairs, asbestos removal, and the installation of fire safety and suppression systems.

The remaining $2 million will be invested into the parks system, including refurbishing the splash pad at Brandi Fenton Memorial Park, resurfacing athletic courts at several parks, and replacing the playground at Mission Ridge Park.

There have been eight confirmed cases of influenza in Pima County since the season began on Sept. 29.

Concerns from neighbors, environmentalists regarding the land are reignited.

Vehicle access to "A" Mountain is now banned on Mondays after the City of Tucson launched a six-month pilot program this morning.

Dispatchers will send closest fire units regardless of what jurisdiction incident is located in.

Pima County officials say that under the PAYGO plan they will spend $526 million for road repairs over the next 10 years.

Vehicles drive west on Valencia Road where road work is occuring between Ajo Highway and Wade Road, on Nov. 9, 2019.