Road Runner: What to know about electric scooters hitting Tucson streets this week
Share this
1 of 2 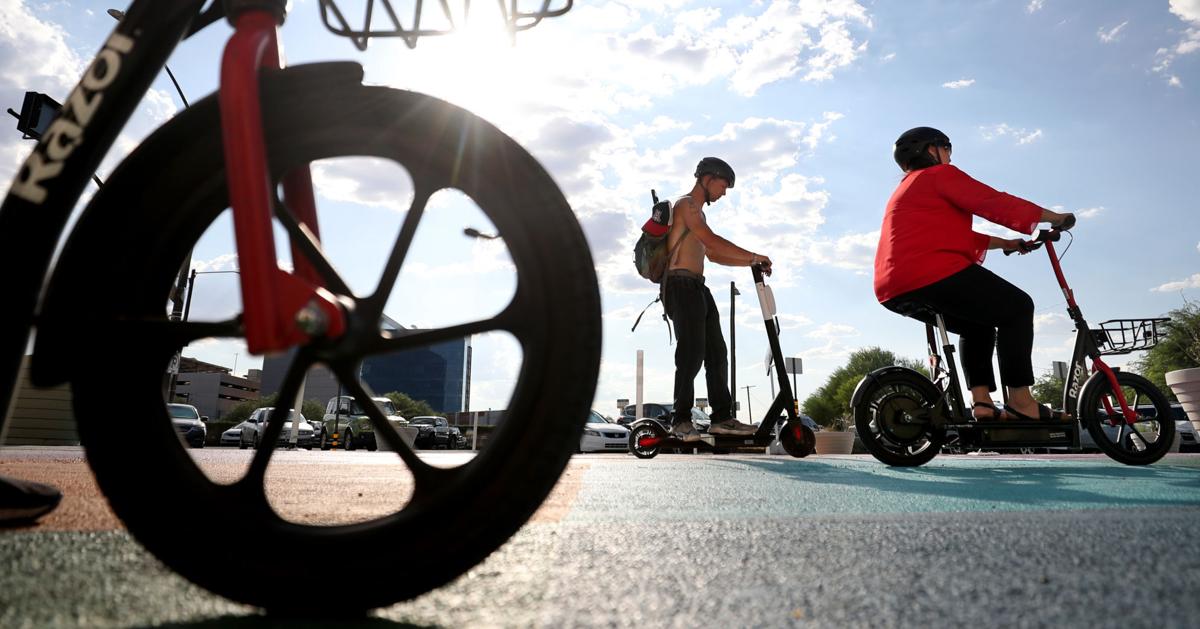 An “E-Scooter Pilot Program Evaluation” found that about 37,000 people in Tucson took over 173,000 rides in the five months since the program launched last September. 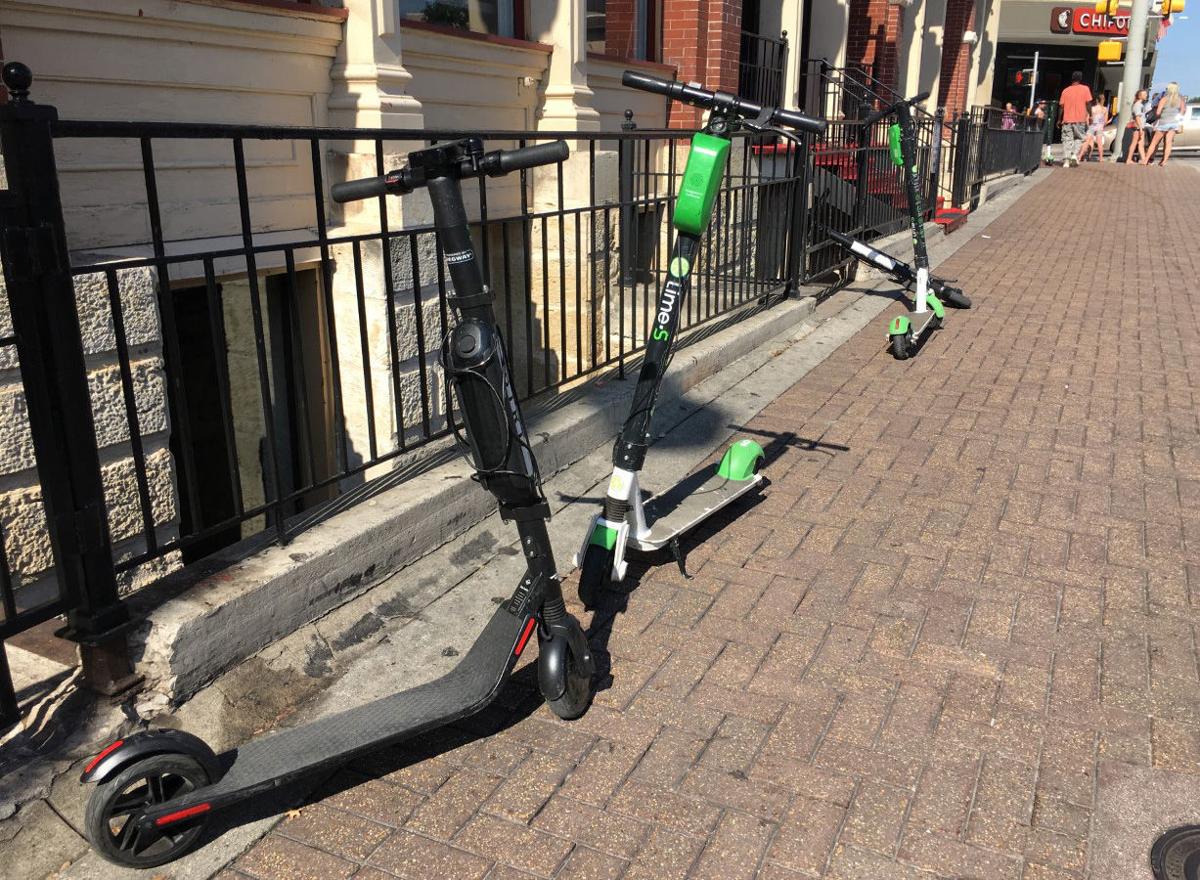 The pilot program for the electric scooters is scheduled to last from Sept. 12 until March 2020, but the City Council is able to cancel the program earlier.

With a mix of skepticism and optimism, Tucson is about to launch its electric scooter pilot program.

At least 1,000 of the scooters will be on city streets starting Thursday.

Two companies, Razor and Bird, will split the number of scooters available to residents. They’ll also have the option of deploying another 250 scooters each in “opportunity zones,” or areas with a high percentage of low-income households lacking in vehicle access.

“People like to get from A to B without having to look for a parking spot, or spending a lot on gas,” said Diane Cedarleaf, who rode scooters from both companies during a pre-launch event last Wednesday. “It’s fun and it’s useful.”

According to Bird, their rentable scooter will feature a two-wheeled standing design, while Razor’s will feature a padded seat and a front-mounted basket for belongings, the companies said.

The scooters will be available to people 18 years or older who have a valid driver’s license, according to the city of Tucson. You’ll also need to download the scooter company’s mobile app to later scan and activate the scooter.

How useful will the scooters be? It’s to be determined. “But you don’t know unless you try it,” said Cedarleaf.

The pilot program is scheduled to last from Sept. 12 until March 2020, but the City Council can cancel the program as long as the companies are given five days’ written notice.

While the process has brought skepticism toward the pilot program, like clutter from scooters thrown about and worries about safety, the move has also garnered excitement from many Tucsonans.

“I would imagine if they’re ridden properly they’ll be just as safe as a bicycle,” said David Burnham, a regular bicycle rider who also tested out the scooters.

“I thinks it’s a question of the operator, I don’t think there’s really anything inherently unsafe about them, except maybe the wheels are kind of small,” Burnham added. “I think I would be inclined to rent one, ride it all around.”

However, before Tucson riders go for a ride, here are the do’s and don’ts when using the e-scooters, according to city officials and the scooter companies.

• Before your ride, bring a helmet to protect yourself from a fall that could possibly cause head injury.

• One person is permitted on a scooter at a time.

• See those Sun Link streetcar tracks? It’s best to slow down and cross them at a 90-degree angle.

• Riding at night? Each scooter should have a front light button and red rear reflector for evening rides.

• Follow the rules of the road, which includes stop signs and right of ways.

• Don’t ride the scooters on sidewalks; instead, travel in the bike lane or travel lane.

• Don’t use your phone, which includes taking selfies when riding.

• Park the scooters by using the kickstand along the curb of a sidewalk. Space should be available for people using the walkway, wheelchair or trying to access parked cars, bike racks, loading zones and crosswalks, officials say.

• There’s certain no-go zones in Tucson. The University of Arizona, which banned them in Oct. 2018, will make the scooters idle down to 0 mph on campus. Use of the scooters on the Chuck Huckleberry Loop path is also prohibited.

Construction crews will be completing preparatory work this week along State Route 86 east of Sells on the Tohono O’odham Nation.

Their work, which includes installing construction signs, should have no traffic impact.

Motorists should expect delays of at least 15 minutes when crews begin the widening project later this month. There will be shoulder widenings between mileposts 120 and 124, a bridge replacement and culvert extensions among the improvements.

Can we talk about guns? UA course hopes to aid the conversation

UA gun expert to lead "Guns in America" community course with hopes of creating a more civilized conversation on the controversial issue.

Tucson weather: Work week kicks off with below average temps

The start of the work week will bring below-average temperatures and a chance for storms, weather officials say.

Nearly 37,000 trips have been taken on the e-scooters in the first month since the pilot program launched, according to the city's transportation department

The two e-scooter companies operating in Tucson, Razor and Bird, as well as the Tucson Department of Transportation were put on notice by the …

The e-scooter program has drawn some neighborhood complaints, but city manager recommended expansion of the program to help attract more low-income riders.

An “E-Scooter Pilot Program Evaluation” found that about 37,000 people in Tucson took over 173,000 rides in the five months since the program launched last September.

The pilot program for the electric scooters is scheduled to last from Sept. 12 until March 2020, but the City Council is able to cancel the program earlier.