Cleveland's baseball team will change name from Indians to Guardians

Some in Ducey's GOP question his tax plan
Share this

PHOENIX — The governor’s bid to permanently cut $1.5 billion a year of state revenues is based on an economic theory and a set of numbers that some lawmakers say don’t hold up under close examination.

And Arizona cities stand to lose hundreds of millions of dollars if the governor is wrong.

The way Gov. Doug Ducey figures it, enacting what he bills as “the largest tax cut in Arizona history’’ will provide an economic stimulus that will keep Arizona competitive in landing new companies and getting firms to expand here, said his press aide, C.J. Karamargin.

And Daniel Scarpinato, Ducey’s chief of staff, said the situation here is different than when Kansas tried this a decade ago, only to find its economy in a shambles.

Economic theory aside, Karamargin said there is another reason Ducey can propose a flat tax. A 2019 state law requires online retailers to start collecting sales taxes on purchases made by Arizona residents. That alone will produce an estimated $514 million a year by the 2026 fiscal year, he said.

And that doesn’t count what cities collect in their own sales taxes.

But Amazon, arguably the largest of these online retailers, agreed to begin collecting Arizona’s sales tax as far back in 2012 to settle a lawsuit with the state. And large companies like Walmart also were collecting and paying sales taxes on both what they sold in their stores and what was delivered directly to customers.

Until last year, those revenues were included in regular sales tax proceeds.

It is only now that state tax collectors lump these into a special category, cash the governor considers “new’’ money.

That accounting has raised concerns.

“Some of those companies were paying tax already under a different Department of Revenue code,’’ said Rep. David Cook, R-Globe. All the 2019 law did is create a new code.

“They took the money that was already being paid and the new money, comingled it under a new code so it appears that there’s all this new revenue,’’ he said. “But, in fact, all of that is not new revenue.’’

There are bigger issues.

Sen. Paul Boyer, R-Glendale, said he is not buying the numbers the governor uses to justify a permanent $1.5 billion cut in state taxes. He said he is not prepared to approve any plan that leaves cities, which currently are entitled to a share of state income tax collections, in financial trouble.

He is not alone in his questions about how this kind of tax cut will leave the state better off financially.

“I have not seen the information and the data to know that it works,’’ said Cook.

There are two parts to what the Republican governor wants to do.

But Ducey’s proposal contains an absolute cap of 4.5% on anyone’s income.

That is designed to help those who are affected by voter approval of Proposition 208 in 2020. It imposes a 3.5% income tax surcharge on earnings above $250,000 for individuals and $500,000 for couples to help raise up to $940 million a year for public education.

Technically speaking, that law can’t be voided by the Legislature because it was voter approved. But putting in a 4.5% overall cap effectively means those high-income individuals will be paying just 1% on everything else, with the state using $370 million of other cash to make up the difference.

“So what you’re saying is, all the taxpayers are paying taxes to the state for the services they provide,’’ Cook said. “But we’re going to take all the taxpayer money, backfill a certain portion of higher earners’ tax bills? How’s that fair?”

Combine that with the revenue losses from Ducey’s flat tax plan and you get the $1.5 billion reduction in state revenues.

That’s important to cities because of a 1972 state constitutional amendment in which cities gave up the right to levy their own income and excise taxes. In exchange, they are supposed to get a share of state income tax dollars.

That share is currently 15% of the take, money Boyer said communities use to fund police, fire and other vital services.

On paper, economist Jim Rounds, hired by the League of Arizona Cities and Towns, said a $1.5 billion cut in what the state takes in translates to $230 million less for cities. He said the state would have to alter its revenue sharing formula to 20.6% to keep cities financially whole.

Karamargin suggested that Rounds was not telling the whole story.

He pointed out that Rounds did a separate study last year for the Arizona Chamber of Commerce and Industry estimating that enactment of Proposition 208 would reduce state and local revenues by $2.4 billion over a decade. Rounds concluded that raising the top tax rate to 8% — the 3.5% surcharge on top of the top current tax rate — would harm business growth and cause some to fail.

But Rounds said he did in fact do the calculations that Karamargin said were being ignored, factoring in the positive effects of the governor’s proposed new 4.5% overall cap. And even then, he said, cities still end up as financial losers unless revenue sharing is increased to at least 17%.

Karamargin, after touting Rounds’ earlier study on Proposition 208, said he could not dispute his latest conclusion about the effect of the flat tax.

“I’m not here to get into a back-and-forth with an economist,’’ he said.

The concerns go beyond the impact on the cities. Both Boyer and Cook say if the state really has all that extra money, there are immediate needs.

Their concerns need to be taken into account by Ducey: Republicans have just a one-vote margin in both the House and the Senate. And since no Democrat is expected to vote for this plan, the loss of either’s vote dooms the package.

The questions also go beyond the reliability of the revenue projections and the claim that the economic stimulus of the tax cuts will be offset.

“We have $900 million in pension liability debt,’’ Boyer said. And that’s just for the retirement system for police and firefighters.

Then there’s the fact that the state sold off several buildings, including the House, the Senate and the Executive Tower during the last big downturn a decade ago to generate immediate cash.

That deal allows the state to continue to lease them back with an option to buy. Boyer said the state still owes $430 million on them.

There’s also a budget maneuver in which the state borrowed money from public schools by moving payments from one fiscal year into the next. That’s $930 million in debt being carried on the books.

“I really think it’s prudent to, with all this temporary money that’s floating around, to use that one-time money to pay off our debt, then focus on targeted investments, and then talk about targeted tax reform,’’ Boyer said.

Cook agreed. He said the only reason Arizona has $1 billion in its “rainy-day fund’’ is because it put off for years making necessary repairs to state buildings.

Changing of the guard returns to Windsor Castle

Virus Inequity: The haves and the have nots

Virus Inequity: The haves and the have nots

Aides to Gov. Doug Ducey are defending as "modest and reasonable" the plan to cut $1.5 billion in tax collections, which largely benefits the most wealthy.

GOP legislative leaders and the governor are circling in on a plan to permanently cut $1.5 billion in annual tax collections over the next several years.

Arizona lawmakers have been moving in the direction of a flat tax for years. The state until recently had five brackets, with top rates in the 1990s as high as 5.17%. Arizona now has four brackets.

The analysis comes as the public got its first look Monday at not just the tax cuts, but the $12.8 billion spending plan that was crafted behind closed doors.

GOP lawmakers insist the effort is not personal against Democrat Katie Hobbs. Nor is it a power grab nor punishment for her political stance they say.

Footage from new Arizona trooper cameras likely to be restricted

The Arizona Department of Public Safety will be able to withhold all videos from the public unless it determines there is "an important public purpose" for release, the $6.9 million plan shows.

Group that won voter approval for Proposition 208 is now gearing up to force a public vote on Gov. Doug Ducey's plan to enact largest tax cut in Arizona history.

Gov. Doug Ducey vowed Friday to veto any legislation that reaches his desk until the Arizona Legislature approves a state spending and tax plan.

These bills have been vetoed by Gov. Ducey

Arizona's governor says he will sign no new bills from lawmakers until they send him a budget plan for next year.

Arizona House to vote Monday on spending and tax-cut plan, even if "a Hail Mary"

House GOP leaders plan to put their state spending plan and tax-cut package up for a vote as early as Monday. It's unlikely, though, that they currently have the votes — a fact they acknowledge.

Higher benefits for jobless Arizonans are a must, Senate president says

The Senate president is firing a warning salvo at House Republicans who would kill the first increase in unemployment benefits in 17 years: It's not a good move for your political future. 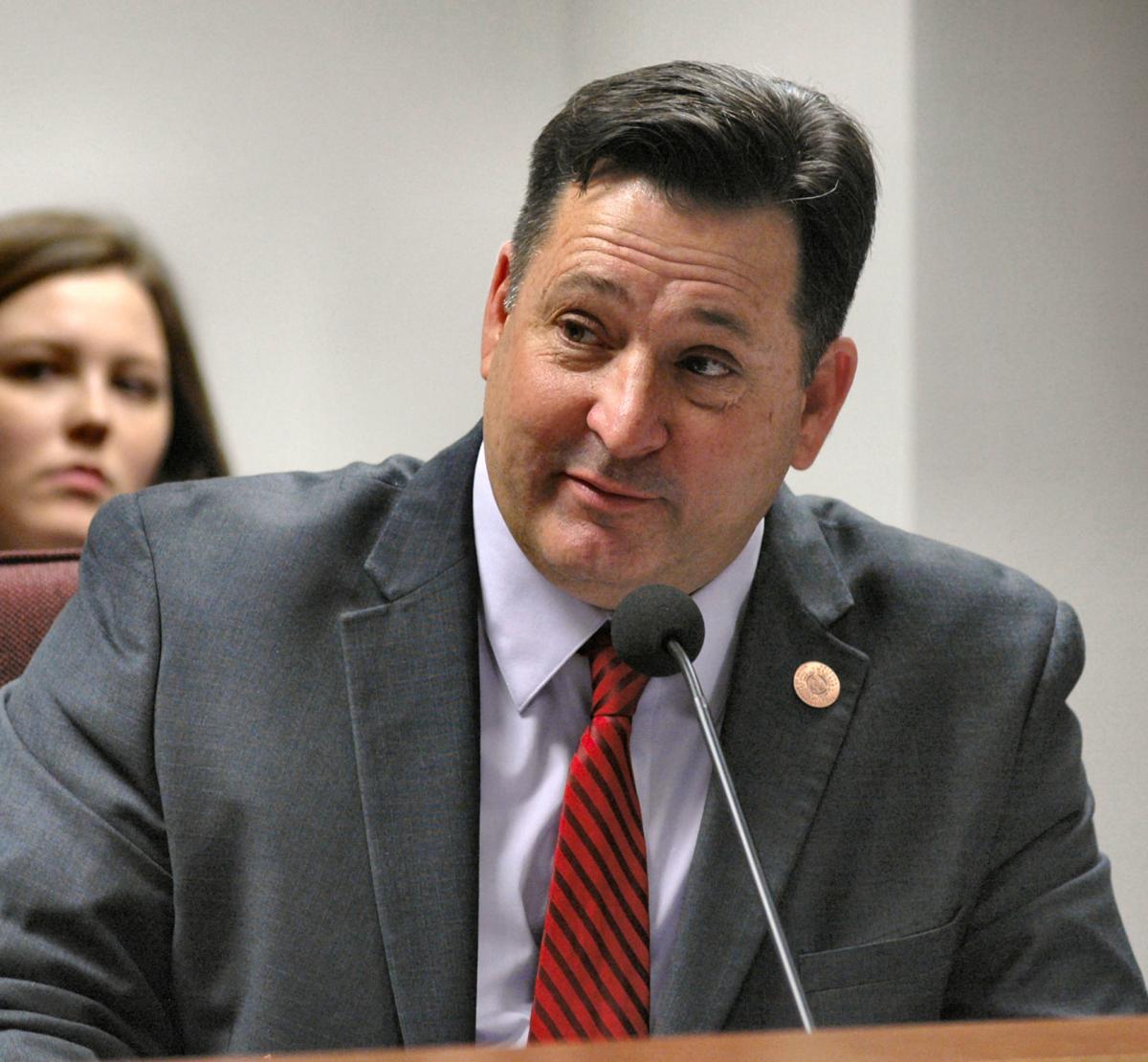 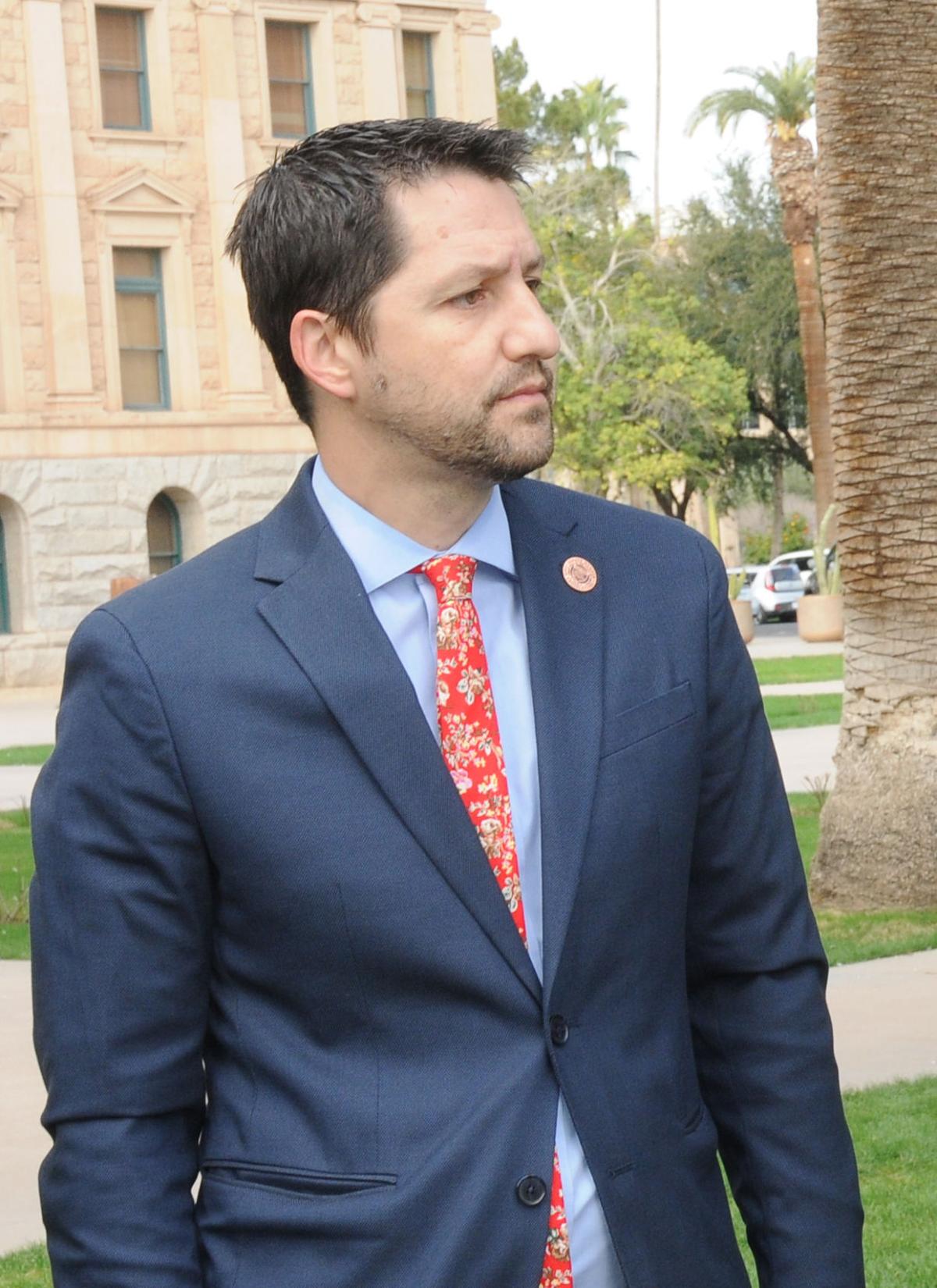