Read Today's E-Edition
Share This
Here's what it took to bring 'Top Chef: Houston' to Tucson
Share this
1 of 2 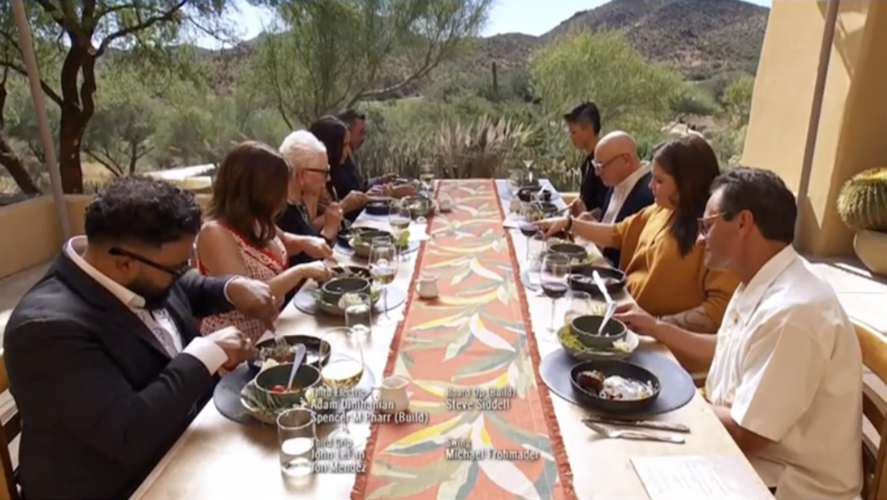 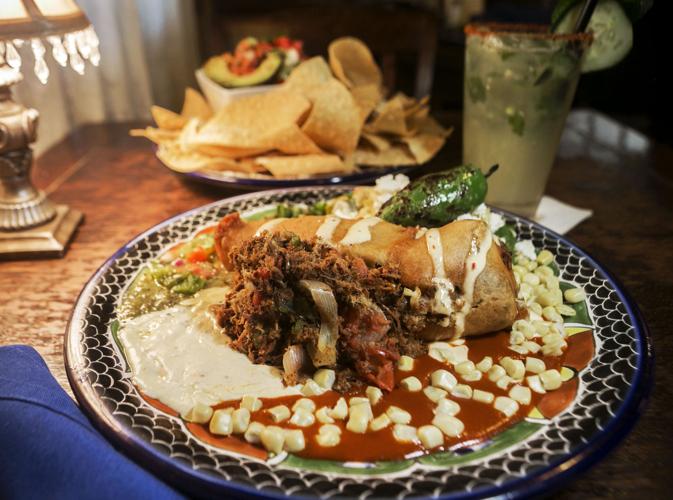 As hard as it is to imagine, 30 tractor trailers filled with kitchen and TV production equipment quietly filled the dirt parking lot and tiny stretch of Court Avenue last November.

No one alerted the media or local food writers that Tucson was going to serve as the backdrop of Bravo’s hugely popular cooking competition show “Top Chef: Houston.”

The people who did know — El Charro Café’s owners and some employees and officials with Visit Tucson, who were instrumental in getting the show here — were sworn to secrecy after signing nondisclosure agreements saying they wouldn’t utter a word until the show revealed the location on its episode Thursday, May 19.

Now that the cat is out of the bag — the TV-film aggregate website Rotten Tomatoes let is slip late last week and the show hinted at it at the end of the May 12 episode — those involved offered a behind-the-scenes look at what it took to get Bravo here and what it was like once they arrived.

Visit Tucson was instrumental, offering $750,000 to cover production and relocation costs to film the final two episodes of the season. Visit Tucson President Felipe Garcia said the investment was well worth the payoff — “Top Chef” averages 3 million viewers a week.

“It was telling the story. When we talked to the network, it was not only about the financial support but it was about how Tucson fits in in the persona of this television show,” said Garcia, adding that Tucson already has a tie to “Top Chef” with Boca Taco y Tequila chef-owner Maria Mazon, who made it to the top 5 in last year’s “Top Chef: Portland.”

The show also wanted to highlight Tucson’s UNESCO City of Gastronomy designation. Tucson was the first American city to get the nod, followed by San Antonio.

“The most important value for us is the exposure,” Garcia said. “This is an amazing ‘commercial’ but more than a commercial, it is a way to tell the culinary story of our community. We want to make sure that they are talking about Tucson and sharing that experience. People who will travel for food, I think this is definitely a destination driver.”

Bravo filmed the final two episodes of season 19 in Tucson in November. “Cactus Makes Perfect,” which airs Thursday, May 26, was filmed at JW Marriott Tucson Starr Pass Resort & Spa, where the show took over the resort’s Primo restaurant. The finale with the final three chefs competing for the grand prize of $250,000 was filmed at Tanque Verde Resort.

“Cactus Makes Perfect” is the final Quickfire Challenge in which the four remaining contestants worked with El Charro Café matriarch Carlotta Flores to create a dish centered on the restaurant’s famous roof-dried carne seca. Filming started early in the morning and stretched late into the night, said Flores’ son, Ray.

After being on the set for nearly 16 hours, Carlotta Flores suffered heatstroke but still participated in the segment from off-camera while being treated by paramedics, Ray Flores said.

At the end of that show, one of the contestants was sent home, leaving three finalists to compete at Tanque Verde Resort.

Flores and Garcia said the opportunity to showcase Tucson to Bravo viewers could pay big dividends. The “Top Chef” franchise is one of the network’s most watched shows.

“To have them be in Tucson is pretty cool. To get them here after COVID, I don’t know if there is a better time for our city,” said Flores, whose family’s El Charro Café is celebrating its 100th anniversary this year.

“Top Chef” airs at 8 p.m. Thursdays on Bravo. If you have satellite TV, you can catch it at 5 p.m. Tucson time.

A trailer for Bravo's cooking competition show "Top Chef: Houston" hinted that the finalists will be making their way to "a UNESCO City of Gas…

An author seeking to piece together the cultures and traditions that make America special made a stop in Tucson to learn how to make tamales.

For Star subscribers: If he wins, Don Guerra will be the first Tucsonan to take home a James Beard award since the owner of El Guerro Canelo landed the honor in 2018.

The Monica — the latest venture from Si Charro — will be hosting a monthly event to highlight the quality goods being produced in Tucson.

For Star subscribers: Tucson's El Charro is kicking off its centennial celebration with the opening of a new downtown restaurant, The Monica.

For Star subscribers: The neon Grill sign on display for decades in downtown Tucson is being restored to its former glory by Ignite Sign Art Museum.

Half of Tucson's public pools to stay closed this summer

For Star subscribers: A shortage of lifeguards is being blamed for pool closures and reduced operating hours planned this summer for public pools in Tucson and Pima County.

The MSA Annex Night Market features Tucson artisans and runs from May to September.

From Emmy-nominated actors to Olympic athletes and a U.S. attorney general, we're looking back at some notable figures who went to the U of A.

If you're in the mood to try something new ─ or just in a new location ─ check out these restaurants and bars that have opened or moved in 2022.

For Star subscribers: For 32 years, László Veres was the personality and the persona of the Tucson Pops orchestra's "Music Under the Stars" concert series. 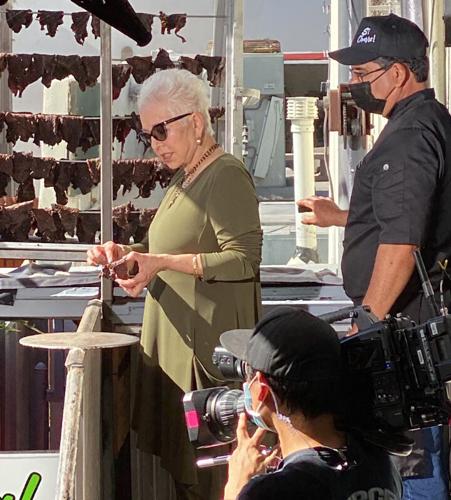 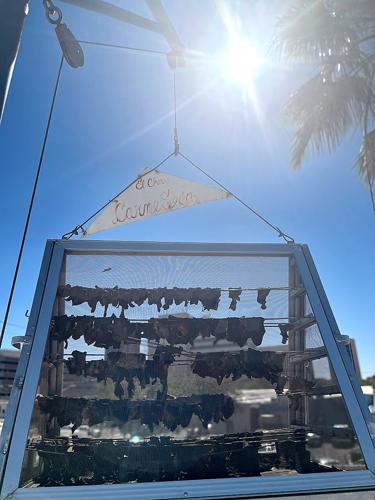 The rack used to dry meat for carne seca at El Charro in Tucson. 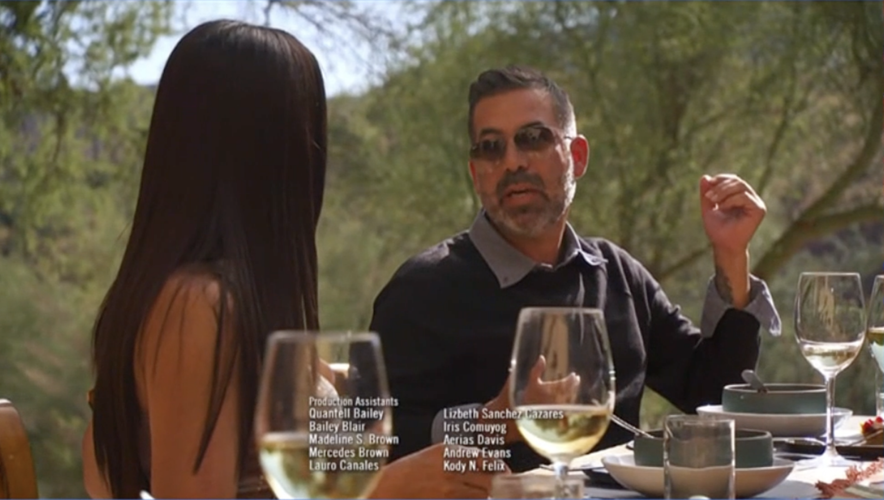 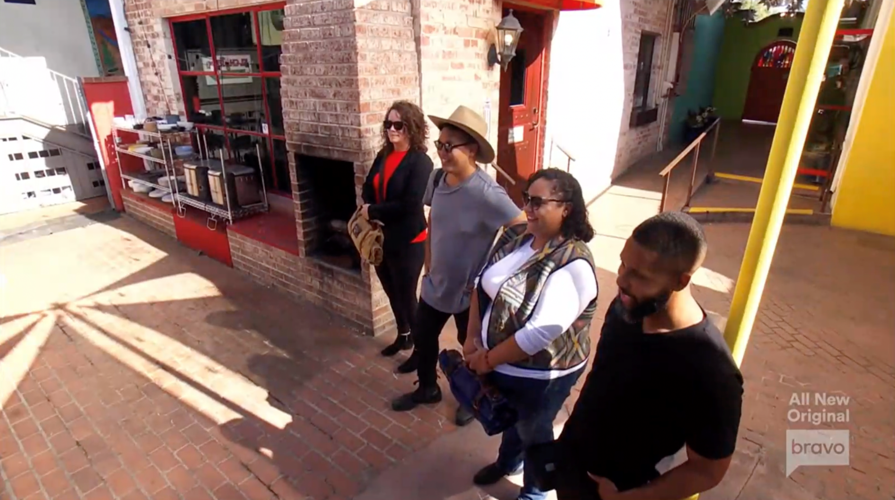