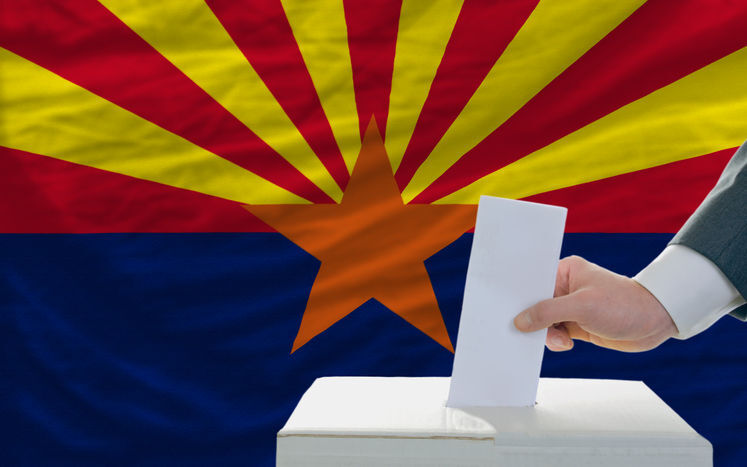 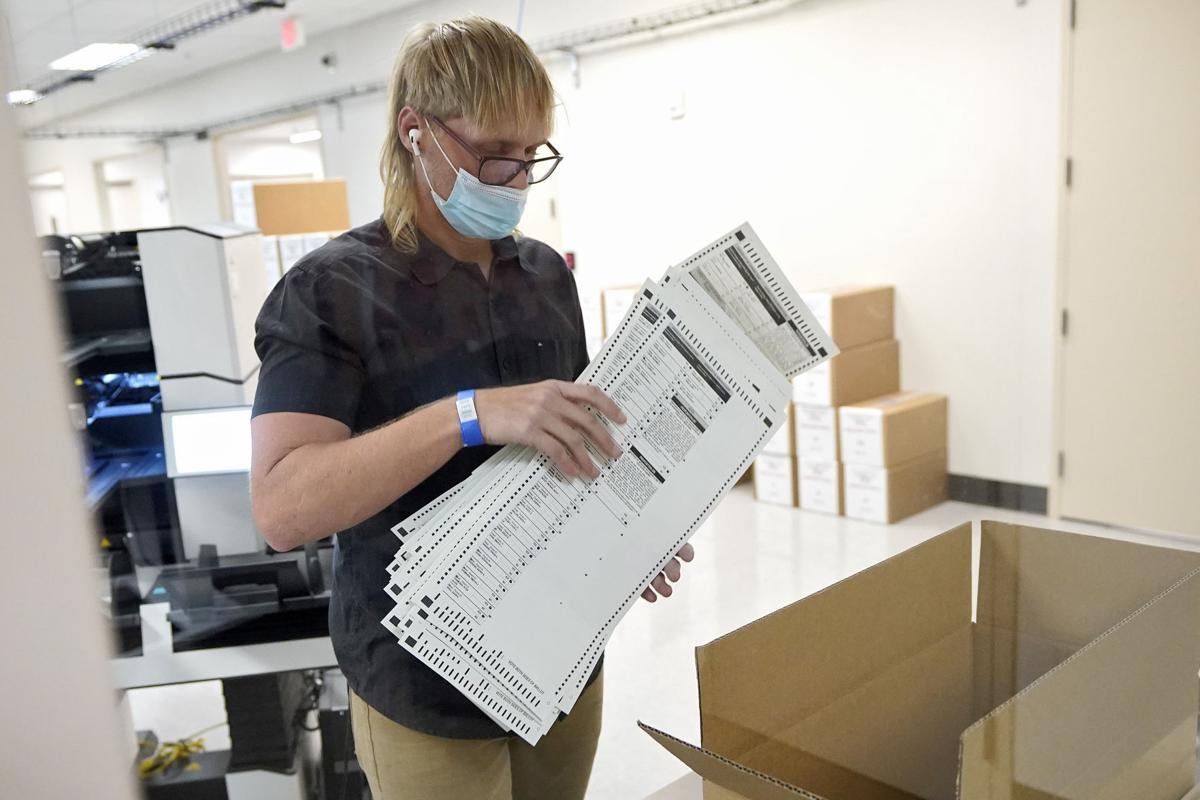 Don’t look at the bias — that’s not what really matters.

So claims Doug Logan, CEO of the firm called Cyber Ninjas that is playing at auditing Maricopa County’s elections as a contractor for Arizona’s state Senate Republicans. Logan put out a statement Tuesday responding to what he termed the “spurious clamor over bias insinuations.”

I appreciated the fun word choice, but it couldn’t cover up his conclusion: He may be biased, but that doesn’t matter because the audit will be so, so good.

Those aren’t his precise words, but they were the gist of his meaning when he said, “The big question should not be ‘Am I biased,’ but ‘Will this audit be transparent, truthful and accurate?’ The answer to the latter question is a resounding ‘Yes.’ ”

In truth, the Arizona Senate Republicans’ so-called audit of the presidential election in Maricopa County is dead on arrival. In an effort to appease the GOP conspiracy caucus, Senate President Karen Fann and her sidekick, Sen. Warren Petersen, have chosen a team that has no credibility with anyone but conservative election conspiracists.

For the rest of the state’s population, this audit is just a final sideshow of the Trump circus, best ignored or jeered at, but certainly not believed.

First consider the fact that Logan’s firm is neither auditors nor election specialists, though they have been hired to conduct an election audit. They are a “cybersecurity company,” as Logan noted in his letter, that specializes in “threat modeling.”

So not only is the company biased, it doesn’t have relevant experience to audit an election, unless you are the sort of person who thinks Hugo Chavez manipulated our election machines from the grave.

The bias became clear immediately after Cyber Ninjas was chosen to lead this audit. The Arizona Mirror first revealed that, after the presidential election, Logan made tweets and repeated those of others, associating himself with the “Stop the Steal” movement. That’s the movement started by Trump fanatics who believed his claim that the election was stolen from him.

Logan himself tweeted, “The parallels between the statistical analysis of Venezuela and this year’s election are astonishing. I’m ashamed about how few republicans are talking about it.”

He also retweeted comments questioning Arizona’s election by Ron Watkins, a key person on the conspiracist right. Watkins is one of the people behind the Q Anon conspiracy theory that satanic pedophile cabals run the country. He also had a key role in initiating and spreading conspiracy theories about Dominion Voting Systems, the company whose equipment was used in Maricopa County.

So, Logan is biased, but at least he had the honesty to indirectly admit it.

This matters not just in Phoenix, but all over the state. Imagine legislators unhappy with election outcomes in Graham County or Navajo County — the state could bully those small counties much more easily than it can Maricopa County.

Fortunately, Sens. Fann and Petersen, who is also an election conspiracist, are facing massive pushback from the Republican majority of the Maricopa County Board of Supervisors. The Phoenix press and others are also pointing out the many elephants in the room.

Take this worrisome paragraph from Cyber Ninjas’ “statement of work,” submitted to the state Senate: “The Registration and Votes Cast Team has worked together with a number of individuals to perform nonpartisan canvassing within Arizona related to the 2020 General election in order to statistically identify voter registrations that did not make sense, and then knock on doors to confirm if valid voters actually lived at the stated address. This brought forth a number of significant anomalies suggesting significant problems in the voter rolls.”

So this cybersecurity company, before even receiving the Arizona contract, was door-knocking in the Phoenix area asking voters about their registration and votes. What the heck?

A team of three Arizona law firms, representing a group called Protect Democracy, sent Cyber Ninjas a cease-and-desist letter Tuesday telling them and their subcontractors to stop, or else.

“These tactics — no matter their intent — constitute illegal voter intimidation and might expose your companies to both civil and criminal penalties,” the letter said.

When Cyber Ninjas sent a four-page list of questions to Maricopa County, Board of Supervisors Chairman Jack Sellers, a Republican, told them politely to stuff it. He noted that Maricopa County has performed election audits that were bipartisan and transparent, and that the county authorized two other forensic examinations of its machines. Everything came out clean.

“Many of your auditors’ questions can be answered by reviewing the Election Procedures Manual, the early vote and election day plans, as well as the power points from the hearing that occurred last year before the Senate Judiciary Committee. We suggest the Cyber Ninjas begin by reviewing those items, watching the hearing, and reviewing the Arizona statutes governing elections.”

Fontes, by the way, is a Democrat who helped run the 2020 election in Maricopa County and nevertheless lost his election, a result that would seem to puncture any election-rigging theory.

“We followed everything to a T,” Fontes said. “The question becomes, are we going through this clown show every election cycle? Are we going to have sore losers upsetting faith in democracy because they didn’t like the outcome?”

We might be able to avoid future clown shows if we treat this sideshow for what it is — a farce that embarrasses Arizona.

Photos: Meet Me at Maynards

A team of three Arizona law firms sent a letter Tuesday, April 6 to the company Cyber Ninjas and its subcontractors telling them to stop conta…

The chair of the Maricopa County Board of Supervisors, Jack Sellers, politely told the firms auditing the county's election on behalf of state…

Tactics planned by 2020 election auditors hired by the Arizona Senate are illegal and even criminal, attorneys for various voter rights groups contend. The groups might go to court.

Maricopa County is willing to deliver its voting equipment and ballots to the Senate, but won't open its Tabulation and Election Center to the outside auditors.

The Senate president is denying that the CEO of one of the firms has links to election conspiracy theories, despite his now-deleted tweets.

Tucson Opinion: In defense of Prop. 208

OPINION: "As Arizona lawmakers imagine, 'The buck stops here,' it’s not to declare duty or leadership, it’s to aggressively promote their fiscal and moral greed," writes our latest contributor.

Across the Tucson area, officials and residents are arguing the authority, which runs on a half-cent sales tax, operates opaquely and unfairly. It benefits suburbs and traditional road projects, they say.