The protest in Tucson was similar to those in numerous cities across the United States Friday night following the police killing of a black man in Minneapolis earlier this week. Late Friday police officers formed a line near the Tucson Convention Center, facing off with about 300 protesters.

Some demonstrators threw firecrackers. After midnight, police tossed pepper balls at the crowd after ordering protesters to disperse as an "unlawful assembly."

Arizona Daily Star reporters tweeted photos showing windows broken at the upscale AC Hotel by Marriott and other businesses, and tags on walls including phrases saying property damage is not equal to murder and "Fight back together."

But Tucsonans were also seen cleaning up broken glass and taping smashed windows.

Tucson police chief Chris Magnus said, "What was accomplished Friday night by people throwing rocks, fighting with each other, setting fires, damaging property, and putting the safety of others at risk? Nothing. And ironically, the very officers many in the crowd were screaming obscenities at condemn what happened in Minneapolis and are committed to justice and professionalism."

In other protests Friday night, crowds gathered around the White House late Friday to protest the police killing of George Floyd — and President Trump's response.

Protesters threw bottles and other objects at officers wearing riot gear behind barricades around the White House. Pepper spray was deployed in an effort to disperse the crowd, and police and protesters wrestled over the barricades, the Associated Press reported.

The crowd of hundreds chanted “No justice, no peace” and “Say his name: George Floyd.” A white police officer in Minneapolis killed Floyd on Monday by pressing a knee into his neck while taking him into custody, leading to a national uproar.

On Thursday, as violence broke out in Minneapolis, Trump tweeted, “When the looting starts, the shooting starts.” Trump later said his comments had been misconstrued. “Frankly it means when there’s looting, people get shot and they die,” he said.

Tucson Mayor Regina Romero responded on Twitter on Friday night saying, "Our hearts are hurting at the needless murder of yet another black HUMAN BEING. We’re upset. Rightfully so. However, this does NOT justify harming small businesses that are already suffering during these difficult times.

"Please, honor the life of #GeorgeFloyd by demonstrating PEACEFULLY. Justice for George Floyd must be served. Causing property damage and inflicting harm on our fellow Tucsonans is not the way we accomplish this."

In Tucson, Romero and Magnus had weighed in on the controversy via Twitter on Wednesday, before the unrest in Tucson.

On Wednesday, the mayor tweeted:

“My heart is heavy after learning of the atrocious events that led to the killing of #GeorgeFloyd. I’m outraged that another unarmed black human being has lost their life to an incomprehensible & disgusting act of violence. We must demand accountability & justice.”

“Indefensible use of force that good officers everywhere are appalled by. This is contrary to how PROFESSIONAL police officers train & conduct themselves. Conduct like this anywhere makes it more difficult for police everywhere to build community trust.”

Stay with Tucson.com for updates.

(CNN) -- State police in body armor and riot gear lined up Friday morning near the Minneapolis police precinct that was set ablaze by protesters overnight following the death of an unarmed black man this week in city officers' custody.

Livestream video showed protesters entering a station where fire alarms blared and sprinklers ran as blazes were set in a third night of protest following the death of George Floyd while in police custody.

Confirmed coronavirus cases in Arizona topped 19,250 on Saturday, according to new state figures.

Up to 200 Tucson police officers from across the city faced-off with protesters Friday night. More officers will be on the streets tonight, Police Chief Chris Magnus said. 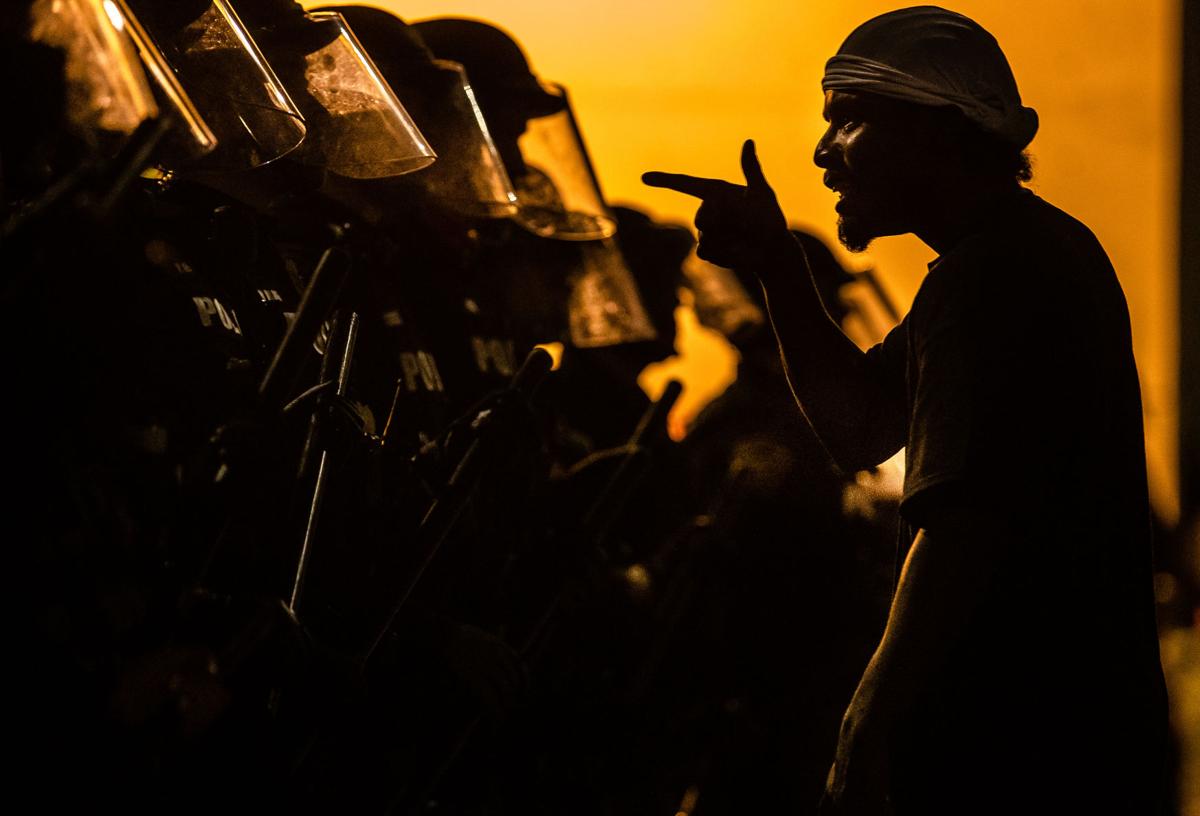 A protester yells at a line of Tucson Police officers in riot gear at Cushing Street and Church Ave. on May 29, 2020. 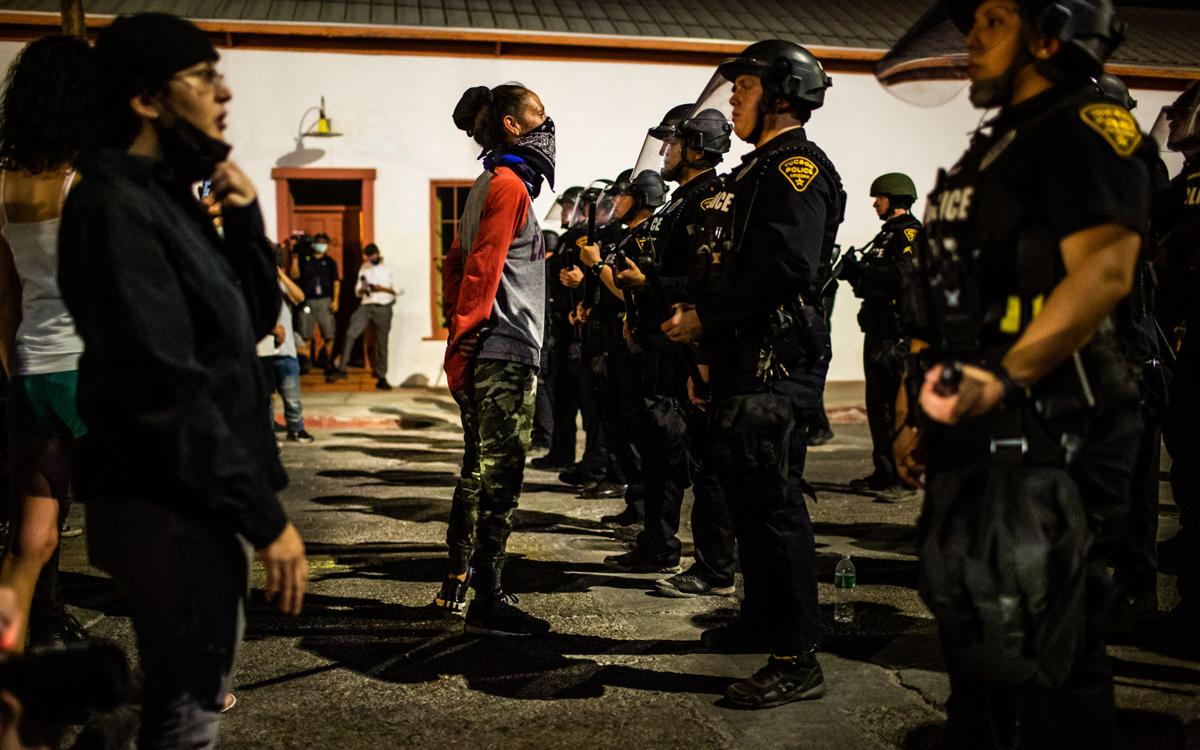 Protesters stand off against a line of officers from the Tucson Police officers at Cushing Street and Church Ave. on May 29, 2020. 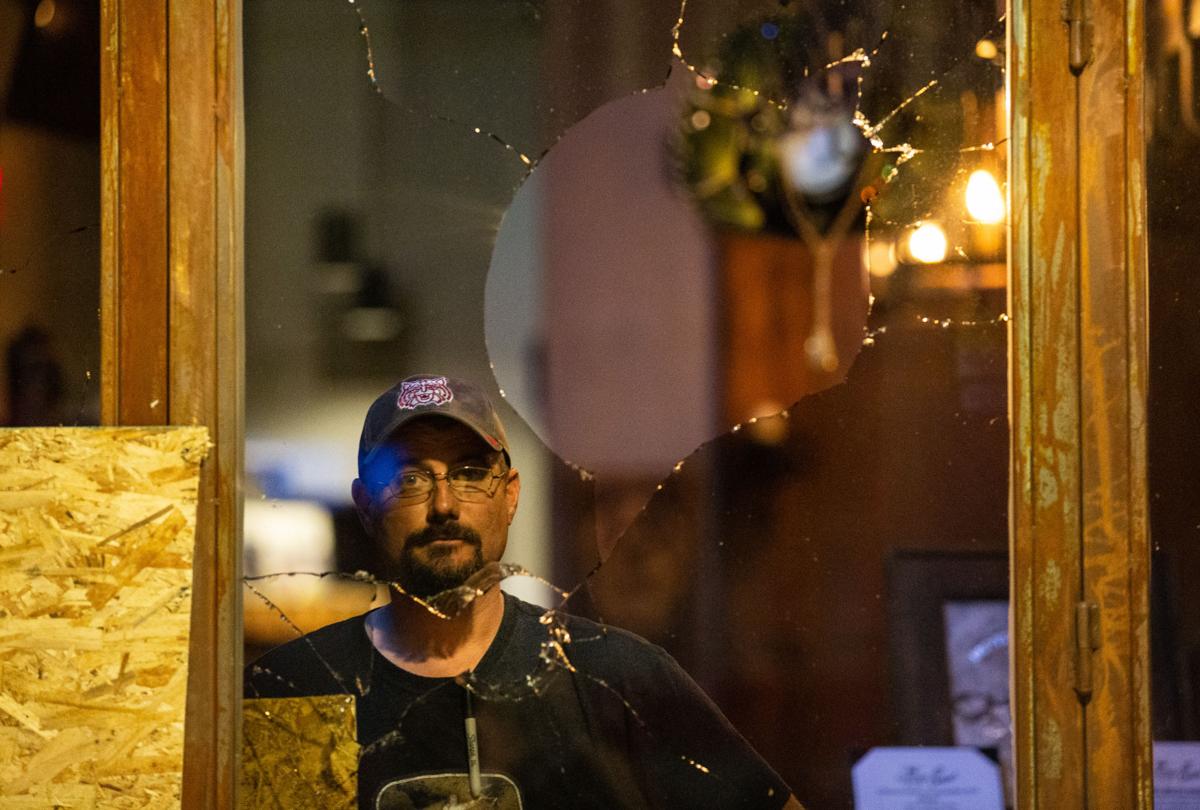 A man looks out a broken window of Charro Steak after the several windows were broken during a demonstration in downtown Tucson, on May 29, 2020.