A: Here are the options if Jedd Fisch’s Wildcats beat San Diego State:

• Carried off the field. Odds: 2%. The carry-from-the-field celebration is customarily reserved for clinching a spot in the Rose Bowl or beating the No. 1-ranked team, or maybe ASU.

• Locker-room dance in a swarm of 100 players while being doused by water. Odds: 97%. Videographers will be on standby in the UA locker room.

• The John Mackovic Shuffle. Odds: 1%. When Mackovic won his first game as Arizona’s coach, 2001, at San Diego State, he instructed his team to form a human chain, clutching one another from the hips, as he led a “train’’, chanting "Chugga-chugga-chugga" while zig-zagging his way through the UA locker room. Sports Illustrated voted the Mackovic Shuffle as the most uninspiring locker room celebration in college football history. (Just kidding).

Dear Mr. Football: Why does Fisch have a chance to succeed where Mackovic didn’t (he was fired in mid-season, 2003)?

A: Mackovic’s long reputation as being too bossy — a football dictator — made it difficult for him to hire Power Five-level assistant coaches. Fisch is no dictator. He’s an engager. He probably knows more people on campus than the UA's director of admissions.

Unlike Fisch, Mackovic struggled to find coaches willing to join him in Tucson. Mackovic hired former Marine captain Steve Bernstein, who had been out of football for a year; out-of-work offensive coordinator Rick Dykes, who had been selling cars in Texas; Scott Pelluer, who had been working as a recruiting tracker for Rivals.com while coaching high school ball in Seattle; and Bobby Kennedy, who had been fired by Wake Forest a month earlier.

After his debut victory against San Diego State, it was all downhill for Mackovic. Somehow, Fisch’s debut loss against BYU left a feeling like there will soon be a breakthrough.

Dear Mr. Football: Did any of Mackovic’s assistant coaches go on to success?

A: The man commanding San Diego State’s offense at Arizona Stadium on Saturday will be Jeff Hecklinski, a rare success story of Mackovic’s failed term.

In the winter of 2003, Mackovic fired Dykes and ultimately hired Mike Deal, an old pal from Mackovic’s coaching days at Illinois. Deal was in Europe, coaching the Scottish Claymores at the time. Part of the Deal deal was that Mackovic would also hire Deal’s son-in-law, 28-year-old Ball State quarterbacks coach Jeff Hecklinski, to a similar job at Arizona.

Hecklinski’s career had included low-level stops at Fort Scott JC and Central Missouri State, but he survived his half-season under Mackovic and has followed a long and winding road to be San Diego State’s offensive coordinator. After leaving Tucson, Hecklinski coached at CSU-Pueblo, Indiana State, Kansas, Illinois, Michigan and is now in his second stint at SDSU. If CBS’s Emmy-winning "Survivor" series ever does an episode on college football coaches, Hecklinski should be the star of the show.

Dear Mr. Football: How many more games does Arizona, 0-13, have to lose to set the school record for consecutive losses, any sport?

A: Here’s the countdown:

• 16 straight: Coach Fred Enke’s Arizona basketball team lost 16 in succession in the 1958-59 season. It wasn’t a fluke, either. The Wildcats finished 4-22 and lost those 16 games by an average of 27 points per game, including losses to the not-so-distinguished group that included Idaho State, Hardin-Simmons, West Texas State and NAU and Cal State Los Angeles.

• 14 straight: Before Dave Rubio became Arizona’s volleyball coach, the Wildcats lost 14 in succession in 1991, a year in which they finished 0-18 in the Pac-10.

Dear Mr. Football: Do college football coaches really believe that any phone call you get after midnight is going to be bad news?

Smith asked the 26-year-old SoCal coach if he wanted to be part of the UA staff. It was the phone call of a young coach’s lifetime. Bernardi will coach his 444th college game Saturday night; he is San Diego State’s offensive analyst.

Not only that, but Bernardi met and married his wife, Leigh, in Tucson. The couple’s three children were born in Tucson. That goes beyond Bernardi’s influence on the UA’s generational victories over No. 1 USC in 1981, No, 2 UCLA in 1980 and the start of "The Streak," when Arizona stunned No. 6 ASU in 1982, knocking the Sun Devils from the Rose Bowl and triggering a nine-year period in which the Wildcats dominated ASU.

When Bernardi takes his seat in the cramped press box at Arizona Stadium, he might have a flashback or two. Or three. He was Arizona’’s lead recruiter from 1980-86, an unprecedented period of talent acquisition at the UA during which the Wildcats successfully landed program-changing players Chuck Cecil, Byron Evans, David Adams, Allen Durden, Max Zendejas, Derek Hill, Dana Wells, Joe Tofflemire and many more.

Since leaving Tucson in January 1987, Bernardi has coached a combined 22 years at Pac-12 schools USC, UCLA and Colorado and has spent 29 years overall as a Pac-12 coach. By my count, that’s No. 3 in league history, to Oregon-Cal-USC coach Steve Greatwood (36 years) and Oregon’s Gary Campbell (34 years).

Bernardi could tell Jedd Fisch a thing or two about post-game celebrations.

Dear Mr. Football: Would the UA celebrate anything more than the end to its 13-game losing streak on Saturday?

A: This month is the 90th anniversary of the first night game in Arizona Stadium history. On Sept. 25, 1931, San Diego State shut out Arizona 8-0 before a curious sell-out crowd of 4,000.

Curious? The Star called it the "first after-supper football game" in Tucson history. UA coach Fred Enke said the club had worked out under the lights just twice and "I don’t expect playing at night will bother us in the least, although we might fumble a high punt or two."

The headline in the next day’s Star read: "Blazing Bulbs Light First Defeat On Home Lot."

Sunday’s headline in the Star might read like this: "Lights come on, Arizona blazes to first win since 2019."

Got questions about point spreads, over/unders and parlays? You bet we have answers.

Starting Thursday, Arizonans can bet on sports legally. You have questions; we have answers:

Cats Stats: The UA struggled inside the 20-yard line vs. BYU; unfortunately, it wasn’t a new problem.

Gunner Cruz and Will Plummer are both expected to play vs. San Diego State, although there's no guarantee it'll work out that way.

Pac-12 picks: Expect Oregon, Cal and Colorado to all cover as huge underdogs

See why the Pac-12 Hotline likes Arizona to not only cover against San Diego State but win.

Most of Berryhill’s career-high 102 yards vs. BYU came after the catch; plus, Don Brown’s assessment of the UA defense in Week 1.

The Wildcats’ passing attack left about 150 yards on the field vs. BYU; plus, an injury update, fourth-down strategy and more.

How well the Cats can handle the Aztecs’ pressure will determine if Jedd Fisch’s home debut is a success.

Scores from around Southern Arizona from Friday night's action.

Notes and observations from warmups before the Arizona's home opener against San Diego State. 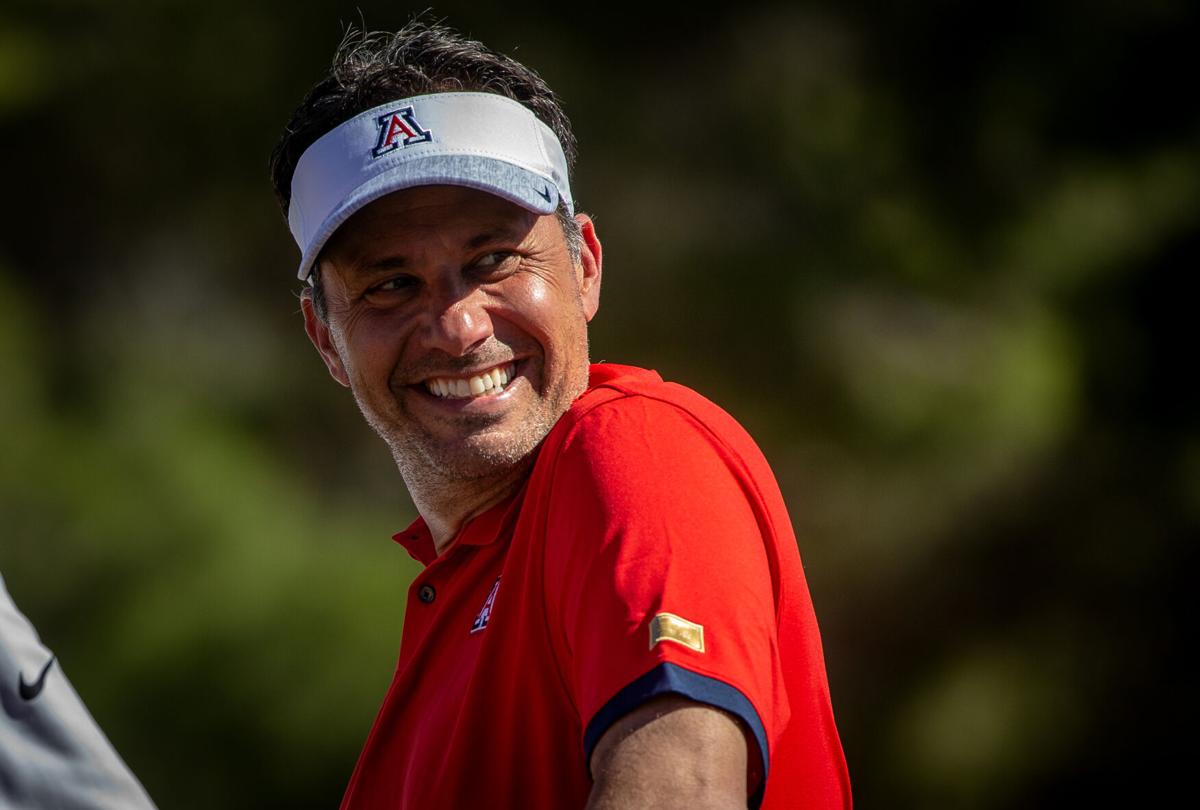 How will coach Jedd Fisch celebrate when the Wildcats finally snap their years-long losing streak in football? The Star’s Greg Hansen has a few ideas. 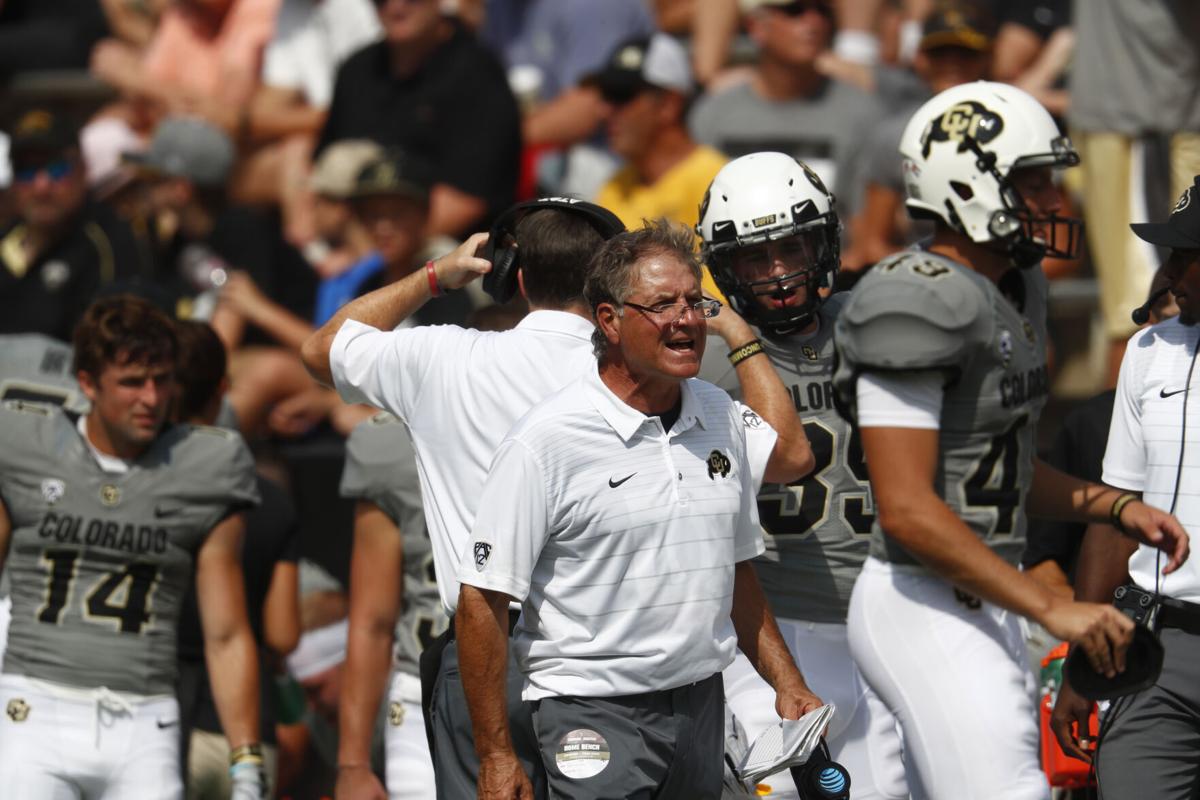 Gary Bernardi has spent 29 years as an assistant coach in the Pac-12. The former UA aide is now an analyst under Brady Hoke at SDSU.