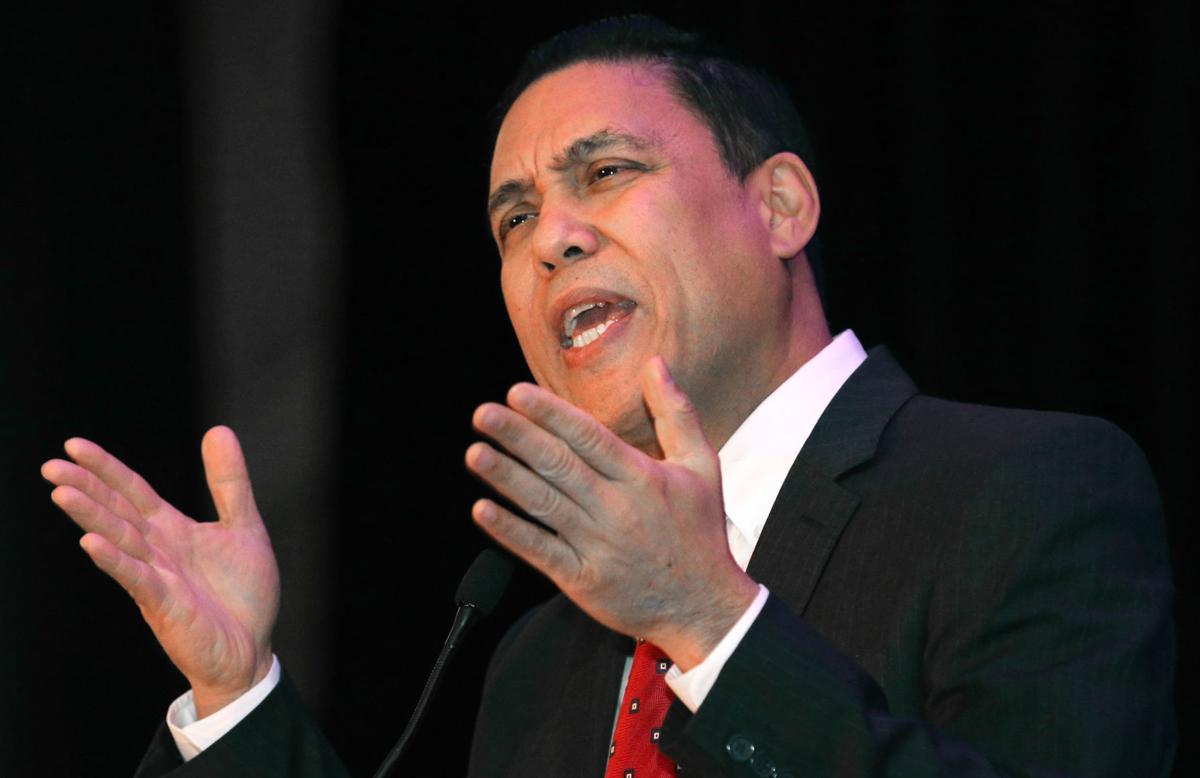 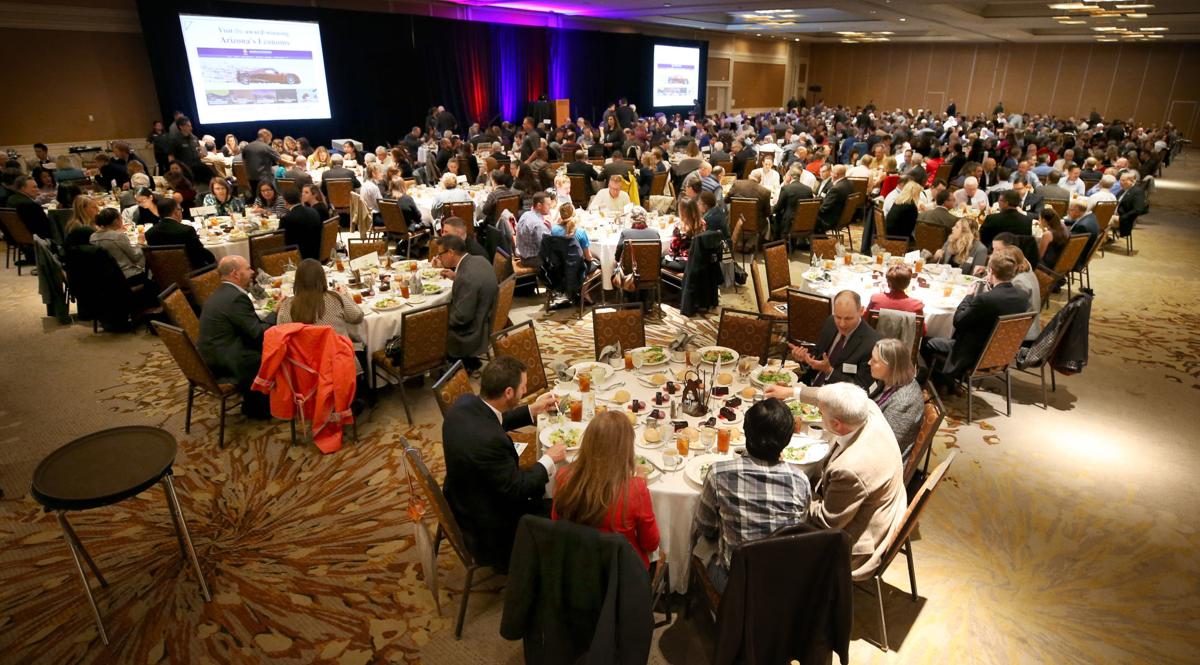 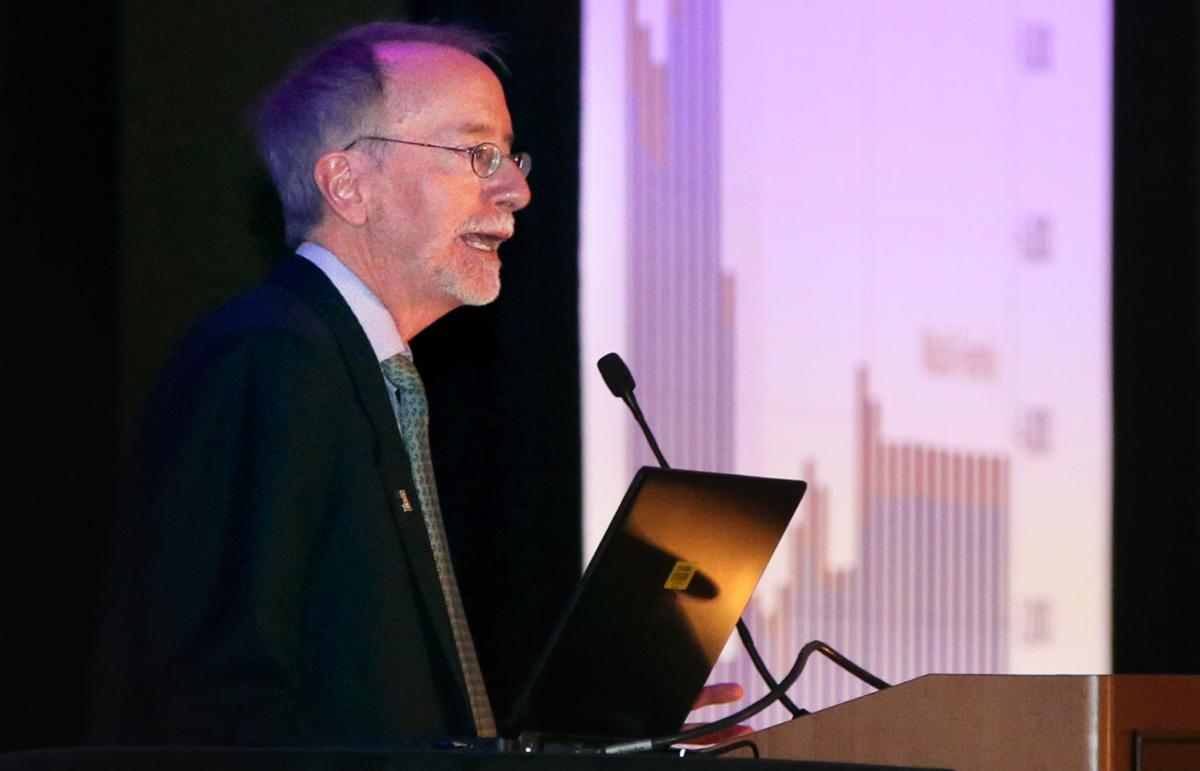 Tucson’s economy has recovered from the Great Recession and is growing again, posting solid gains in jobs, population and income, University of Arizona economists said Friday.

Barring a national recession, those healthy gains should continue at least through 2019, according to the latest economic outlook by the Economic and Business Research Center at the UA’s Eller College of management.

“Job growth has been much faster this year than it has in previous years, and during the third quarter both Phoenix and Tucson, and the state as a whole, saw significant acceleration in job growth,” said George Hammond, director of the Eller research center.

The Tucson metro area saw a 1.5 percent increase in jobs in 2017 and is on pace this year to post the fastest job growth since 2006, before the Great Recession, Hammond said.

Other economic indicators are pointing upwards as well, Hammond told a crowd of more than 500 people at the annual UA outlook luncheon.

Tucson-area business growth and median household income posted healthy gains in 2017, while home prices continue to rise but still remain below those of peer Western metro areas, helping to attract migrants from California and other states, Hammond said.

The outlook for Tucson as well as Phoenix is strong through 2019, as job growth is expected to continue, but that growth could slow starting in 2020, he said.

By 2020, the national economy is expected to slow, along with it growth in Tucson’s job market, personal income and retail sales.

“The federal stimulus that in part has been driving our growth will be dissipating by then,” Hammond said.

“We’ve been building up momentum in Tucson over the last couple of years,” he said, adding that the Tucson economy tends to grow slower than its peer Western metro areas.

According to preliminary figures, Tucson added nearly 9,000 net jobs from the third quarter of 2017 to the same quarter of this year, translating to a 2.4 percent increase and beating the national growth rate of 2.1 percent, Hammond said.

Most of the jobs during that period were added in the education and health-services sector — mainly in health care — followed by leisure and hospitality and professional and business services.

But construction is also showing signs of life, with more than 1,000 jobs added in the sector, the UA found.

“Construction in Tucson has really started to rebound,” Hammond said, adding that all sectors contributed to the job growth.

The UA economist cautioned that the job numbers are based on preliminary data from October 2017 onward and will be adjusted, as usual, in March by the U.S. Bureau of Labor Statistics based on new U.S. Census data.

Hammond says he believes the local job data through March will be revised upward, while an unusually strong spike in jobs in the third quarter may be trimmed in the final analysis.

“Overall, I think Tucson is really on track to generate significant job growth in 2018 — some of the fastest we’ve seen in a decade,” he said.

Tucson also has seen a rebound in federal government procurement spending, which forms a bigger part of the local economy than Phoenix and its other metro peers.

After plunging from 2013 to 2015 because of budget sequestration, federal procurement spending is back near its peak of more than $14 billion in 2012.

Personal income in Tucson grew 5.4 percent in 2017, about double the growth rate in 2016, driven by job growth, tight labor markets and increases in the state’s minimum wage, Hammond said.

Tucson stands to gain 19,000 net new jobs over the next two years with the biggest gains in health care, tourism, services and construction, but all sectors are expected to gain, Hammond said.

The job growth will help drive population growth and the housing market, he added.

Another speaker at Friday’s event, JP Morgan Chase chief economist Anthony Chan, said the U.S. economy faces risks including trade tensions with China that have caused the stock markets to plunge recently, as well as interest-rate increases by the Federal Reserve.

More recently, Chan noted, the Trump administration agreed to forestall some planned tariffs on Chinese goods at the G20 meeting, while Federal Reserve Board Chairman Jerome Powell said the panel might look at pausing its interest-rate increases in the face of a slowing economy and no signs of runaway inflation.

“I’m actually encouraged, and this isn’t about being a Democrat or a Republican, it’s about being an American,” he said.

Economic pessimists also are ignoring falling energy prices, which Chan said will pump billions of dollars into other economic sectors.

Chan said the nation could slip into a recession — negative economic growth that tends to happen to varying degrees about once a decade — depending on what happens with tariffs, interest rates and other global economies.

But he doesn’t see that happening until late 2019 or 2020 at the soonest, and Chan said the next recession is likely to be milder than the Great Recession of 2007-2009, which was fueled by a collapse of the housing and financial markets.

“The last recession was the mother and father of all recessions,” he said.

Tucson is middling among its Western peers for four-year educational attainment.