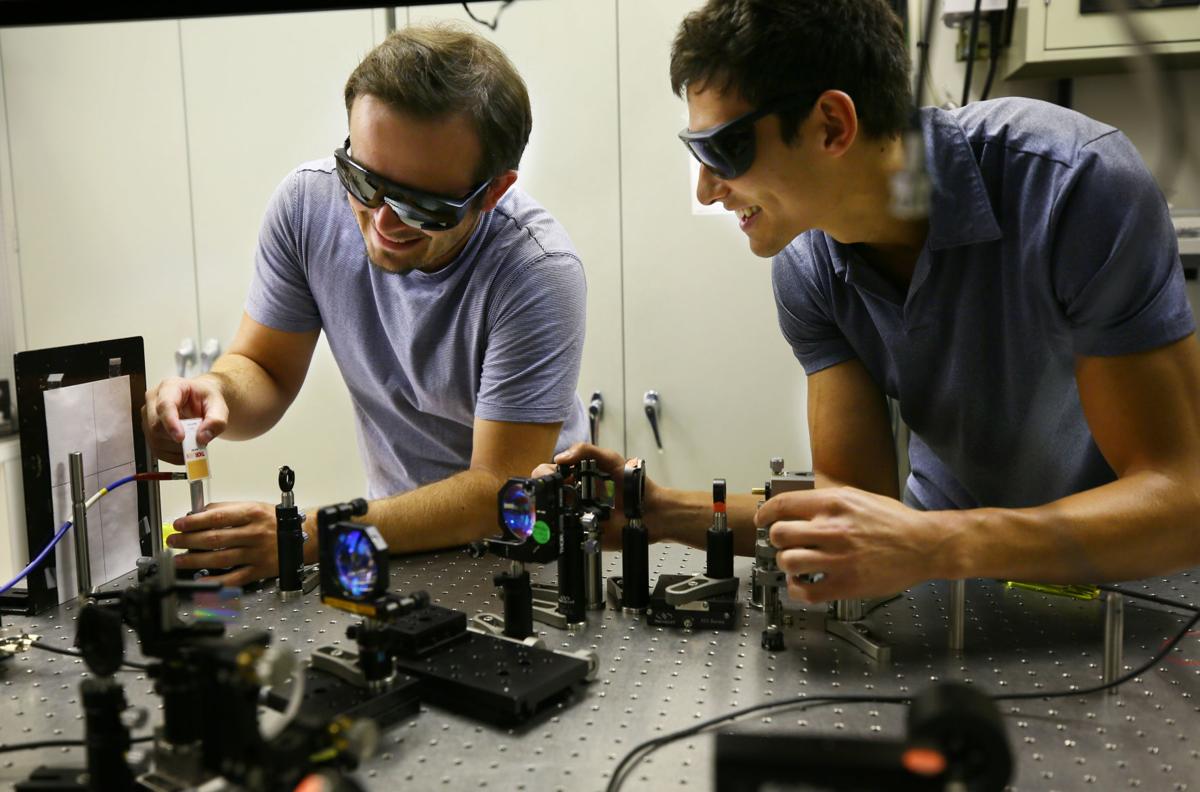 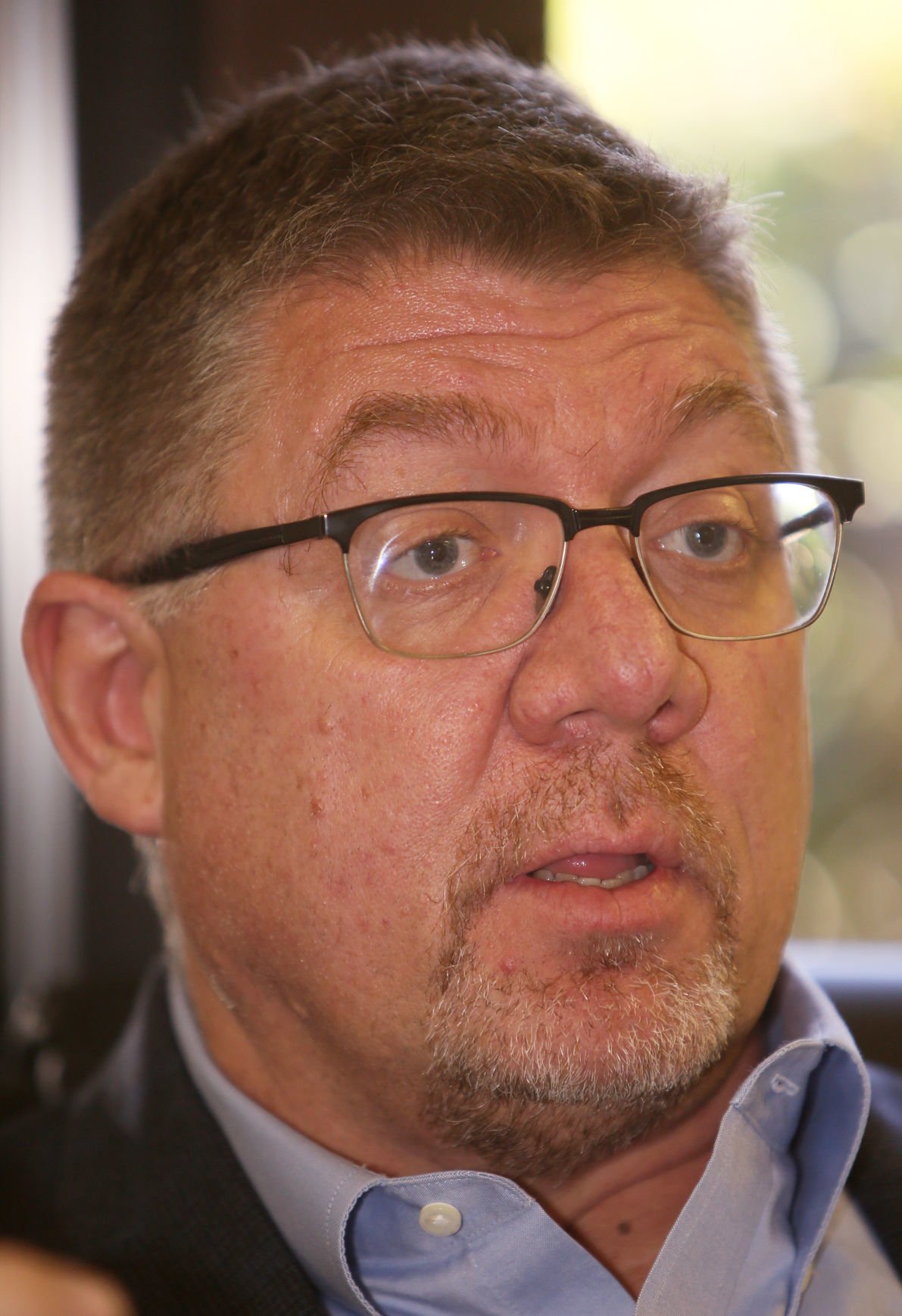 A Tucson-based company that went dormant five years ago after developing directed-energy technologies is looking to resurrect itself —again.

Applied Energetics Inc. — perhaps best known for developing a controversial device designed to zap roadside bombs at the height of the war in Afghanistan — has acquired a local optics company with the aim of reviving its development of directed-energy weapons and specialty lasers.

The company, which was founded in 2002 as Ionatron Inc., also recently tapped an optics industry leader and former scientific adviser as its chief executive.

Gregory Quarles, a physicist well-known in optics circles as former chief scientist for the Optical Society, was named CEO of Applied Energetics in April.

Quarles replaced George Farley, who was removed by a proxy vote of the company’s stockholders in March 2018, after major stockholders accused Farley of issuing stock and a salary to himself without stockholder approval. Applied Energetics filed a pending civil lawsuit against Farley in Delaware, where the company was incorporated.

Company co-founder Thomas Dearmin was named acting CEO of Applied Energetics, but he died suddenly last August from complications due to a serious illness.

Applied Energetics’ board reached out to Quarles, who previously acted as an adviser to the company, and sold him on the idea of helping to resuscitate the company.

“I really appreciated the vision the new board had, and the energy that they had,” Quarles said. “I was energized by it. It sounded like there were new directions taking place and they wanted the right leadership in to play a role in that.”

Quarles, who has a doctorate in physics from Okahoma State University and holds five patents, is well-known in the optics community. At the Optical Society in Washington, D.C., his duties included content development for the group’s incubator programs, annual meetings and setting up partnerships with research laboratories around the world.

His 30 years in optics and photonics include stints as a consultant, CEO of an advanced photonics firm and co-founder of an optics-based startup.

Quarles said one of his conditions for accepting the CEO post was that the company develop technologies that can be used both for military or commercial purposes.

“For any company, you really need to be able to address dual-use technology, so you don’t get pinned into a position of having to deal only with defense-only sectors,” Quarles said. “They were amenable to that, there’s excellent overlap in those areas, so I agreed and came on board.”

The company has reported no revenue since suspending business operations and reverting to “shell company” status in 2014, but in 2017 the company announced it was ramping up research and development operations.

That progress was delayed somewhat by the CEO changes, but Quarles said the company is in discussions with several military agencies and has several contracts he can’t discuss because of their classified nature.

Applied Energetics has 25 U.S. patents for directed-energy tech, plus 11 patent applications protected under secrecy orders of the U.S. government.

The secret patents are valuable because they don’t have an expiration date like other patents, which generally run out after 20 years, allowing other companies to use the patented tech, Quarles said.

“We have a lot of good technology coming up, and our laser technology is really strong. It’s a matter of timing,” said McCahon, who noted that during its heyday in the early 2000s, Ionatron had more than 100 employees.

The contracts involve “top-tier” defense contractors, but they can’t be disclosed because of military and competitive concerns, he said.

“It’s a little hard to be a publicly traded company when you can’t talk about what you’re doing,” McCahon said.

Talking got the company in trouble in 2006, when a shareholder lawsuit claimed that company executives misrepresented prospects for its bomb-zapping device and its stock crashed from about $13 a share to less than a dollar by 2008.

The company settled the shareholder suit in 2009 for $6.5 million in cash and stock.

Ionatron won about $50 million in military contracts to develop its technology for “laser-guided energy” — which uses a laser to guide a powerful jolt of electricity akin to “man-made lightning” — to defeat improvised explosive devices, or IEDs.

The company’s bomb-zapping system was tested by the Marine Corps in Afghanistan, but the Corps dropped the effort in 2011 after reporting spotty results, and the system was criticized as a costly boondoggle by the nonprofit Center for Public Integrity in articles in several national publications.

The company says its systems worked during more than 200 missions in Afghanistan, with no injuries on paths cleared by the device.

“It was the drawdown of forces and the de-escalation of risk (from IEDs) more than anything,” Quarles said, adding that there still may be military uses for the laser-guided energy tech.

The Defense Department is upping its spending on directed-energy programs as well, with more than $1 billion budgeted this year, Quarles said.

Meanwhile, the company is accelerating research on ultra-short-pulse, or USP, lasers for commercial applications such as surgery or metal fabrication.

Unlike so-called continuous wave lasers, which emit a constant stream of energy, USP lasers can be used for precise work because they don’t tend to heat up surrounding material.

That makes them especially useful for things like tissue removal or the fabrication of heart stents, because the leave very smooth, precise edges, Quarles said, adding that the market for such lasers is expected to grow to $10 billion by 2025.

McCahon said the company is working on “frequency agile” USP lasers that can be “tuned” to any of a wide range of electromagnetic frequencies, from ultraviolet to far-infrared, depending on their use.

For now, Applied Energetics remains a penny-stock company with a somewhat checkered past, but Quarles said the company is working to turn it around.

“We’ve worked hard the last several months to really lay out a good strategic road map, and the programs we’re working on currently really allow for multiple opportunities in that defense and commercial space,” he said.

“We’re really trying to focus in what we can do, and where we can deliver, and that provides us with the opportunity to continue to grow the company.”

But huge increases in Ajo Improvement Co. water, sewer an electric rates will be spread out over 10 years, instead of seven under an earlier plan.