The company said the move, expected to take place over the next two months, will support future growth with greater capacity for research, product development and production.

Applied Energetics has had its corporate headquarters on West Ruthrauff Road and technical facilities on the south side and plans to consolidate those functions at the tech park.

The new 13,000-square-foot space provides the company, which serves both defense and commercial markets, with a facility that is compliant with international arms-control regulations and laser-safety rules, and includes a 4,800-square-foot, Class 1000 clean room.

Applied Energetics said it will benefit from millions of dollars of capital investment made by the space’s previous occupant, Coherent/DILAS, a global provider of laser technology for scientific, commercial and industrial customers.

“This facility, with its research labs and state-of-the art clean room, is perfectly suited and move-in ready to align with our defense and production road map,” Quarles said in announcing the move.

The company joins more than 60 other tech firms at the 1,300-acre UA Tech Park, including Raytheon Missiles & Defense and IBM.

After failing to land a major production contract, the company suspended its business activities in 2014 and became a “shell company” under federal securities rules.

In 2017, Applied Energetics emerged from its shell to raise $5 million to restart its development of ultra-short-pulse lasers for defense and commercial uses.

The company acquired Applied Optical Sciences, another laser tech company founded in 2010 by an Applied Energetics co-founder, in 2019.

SGNT Inc. a startup housed at the University of Arizona Center for Innovation, has received a $749,000, follow-on Small Business Innovation Research grant through the National Science Foundation to advance its anti-tampering technology for product packaging.

SGNT, which was founded by CEO Emil Tremblay and Chief Operating Officer Tommy Rompel, has developed a system that can monitor the integrity of packaging and report any tampering via radio-frequency identification and a smartphone app first released in 2019.

The product is aimed at reducing the financial loss from product counterfeiting and tampering, especially for pharmaceutical and defense-related products.

A Tucson health-care startup that has developed an interactive platform to address loneliness and isolation in patients has reported positive results after a trial with Banner-University Health Plans.

A white paper shows that Banner’s use of Pyx Health’s novel interactive “platform-plus-support center” with members after discharge from emergency room or inpatient care resulted in a substantial reduction in subsequent inpatient costs and emergency department use.

Analyzing the experiences of 1,170 members aged 18-103 years and comparing that data with a control group that did not access the digital platform, Banner realized savings of $847 per member per month over a six-month period, according to a paper authored by Dr. Thomas M. Ball, and Dr. Sandra Stein, Banner-University Health Plan’s former and current chief medical officers.

The Banner health plan, which covers more than 200,000 Medicaid, Medicare and long-term patients in Arizona, engaged Pyx after its analysis of health-plan usage clearly showed that general mental health conditions — such as anxiety and depression — and serious mental illness can increase medical spending, including hospital admissions and emergency department use.

The Pyx platform is based on a mobile app that features an animated “chatbot” named Pyxir that provides constant companionship, support and self-management tips.

The platform allows for regular screenings for loneliness and “social determinants of health,” a concept developed by the World Health Organization that includes daily living conditions and socioeconomic factors.

Tucson-based Sion is developing long-endurance batteries for drones and working with major automakers to test its battery tech for electric cars.

TuSimple, which has a major test center and freight hub in Tucson, faces federal scrutiny of its biggest Chinese investor.

A Tucson-based startup aims to turn mine tailings into usable products with technology invented by University of Arizona researchers, and it’s…

The proposed rules under consideration would protect customers from having electric and gas shut off amid severe Arizona weather.

A Tucson startup has licensed technology invented by a University of Arizona professor to grow algae for drugs, nutritional supplements and other uses. 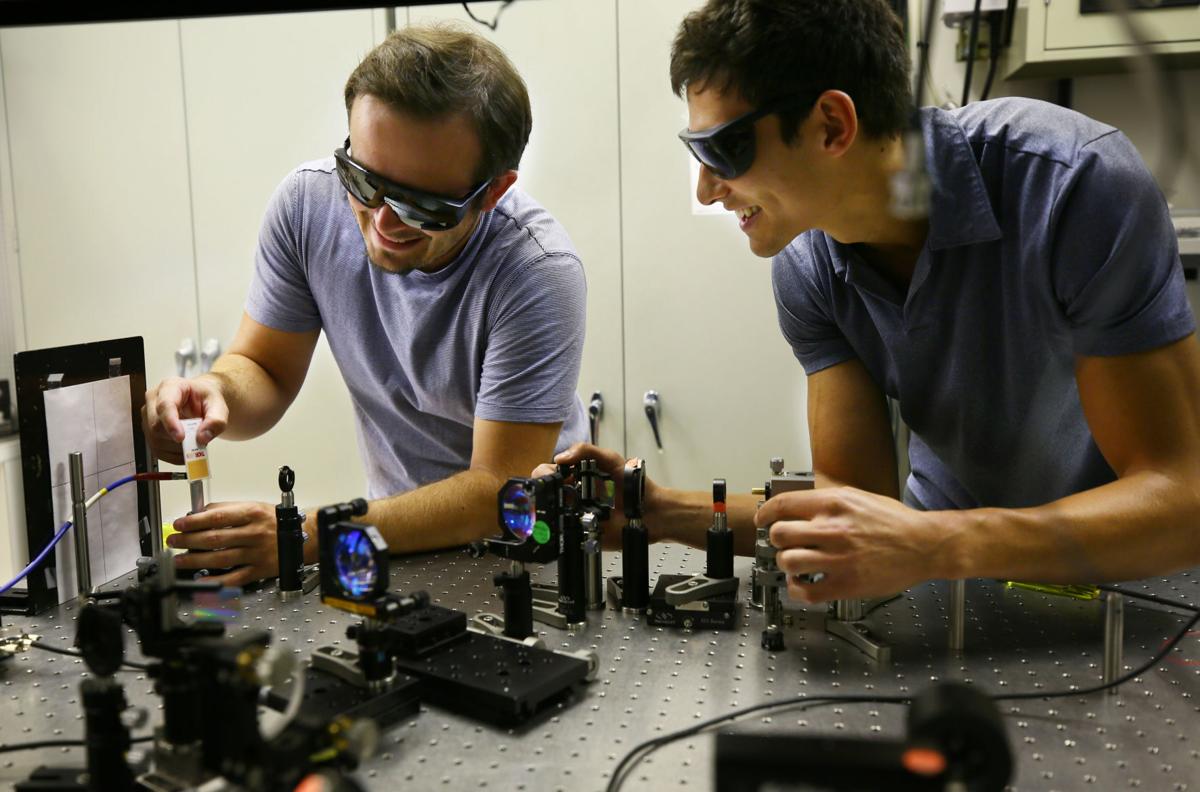 Marco Colpo, left, and Tristan Simi make adjustments on a test bed at Applied Energetics in Tucson in 2019. 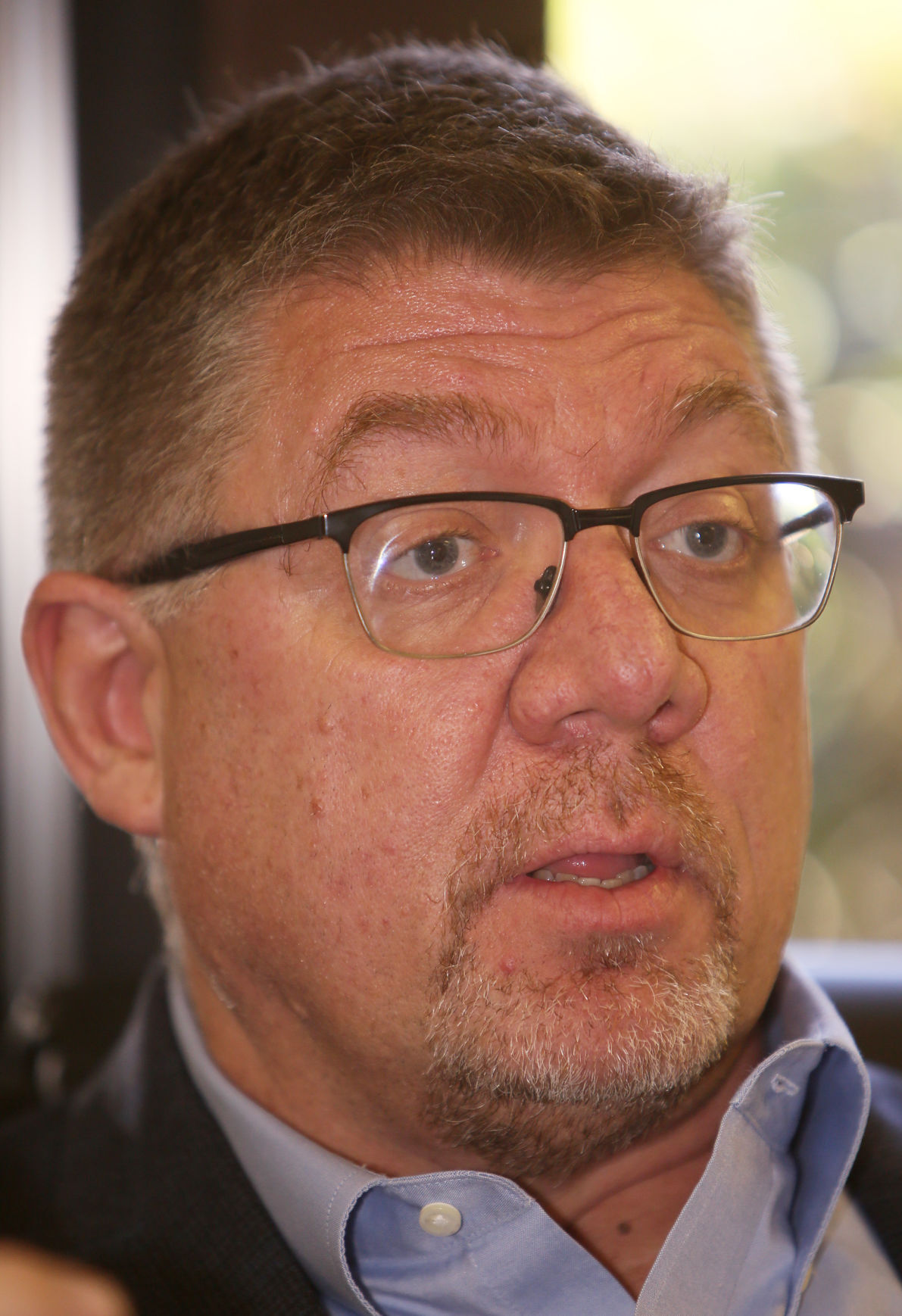