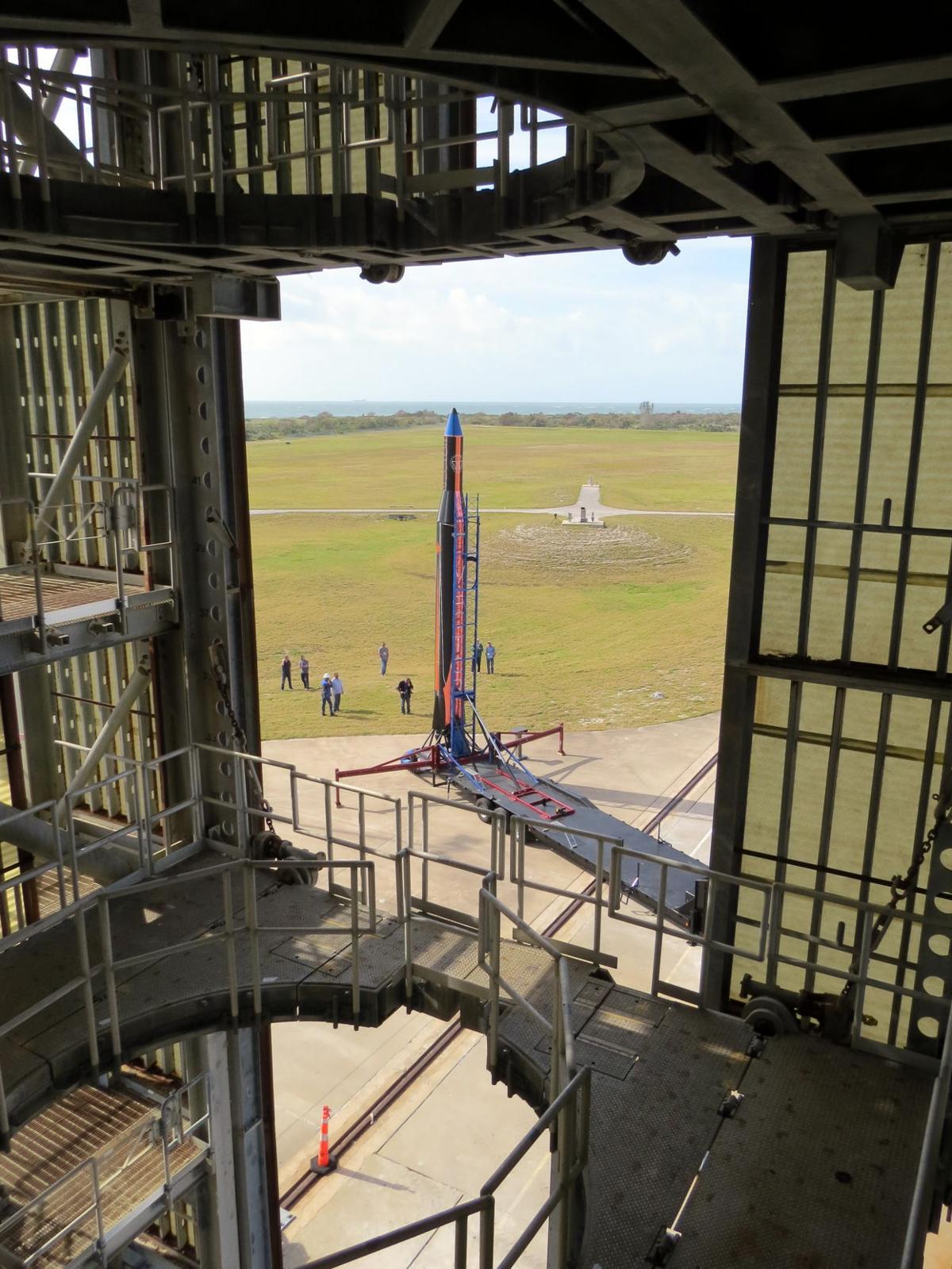 A Vector-R rocket at Cape Canaveral in March. 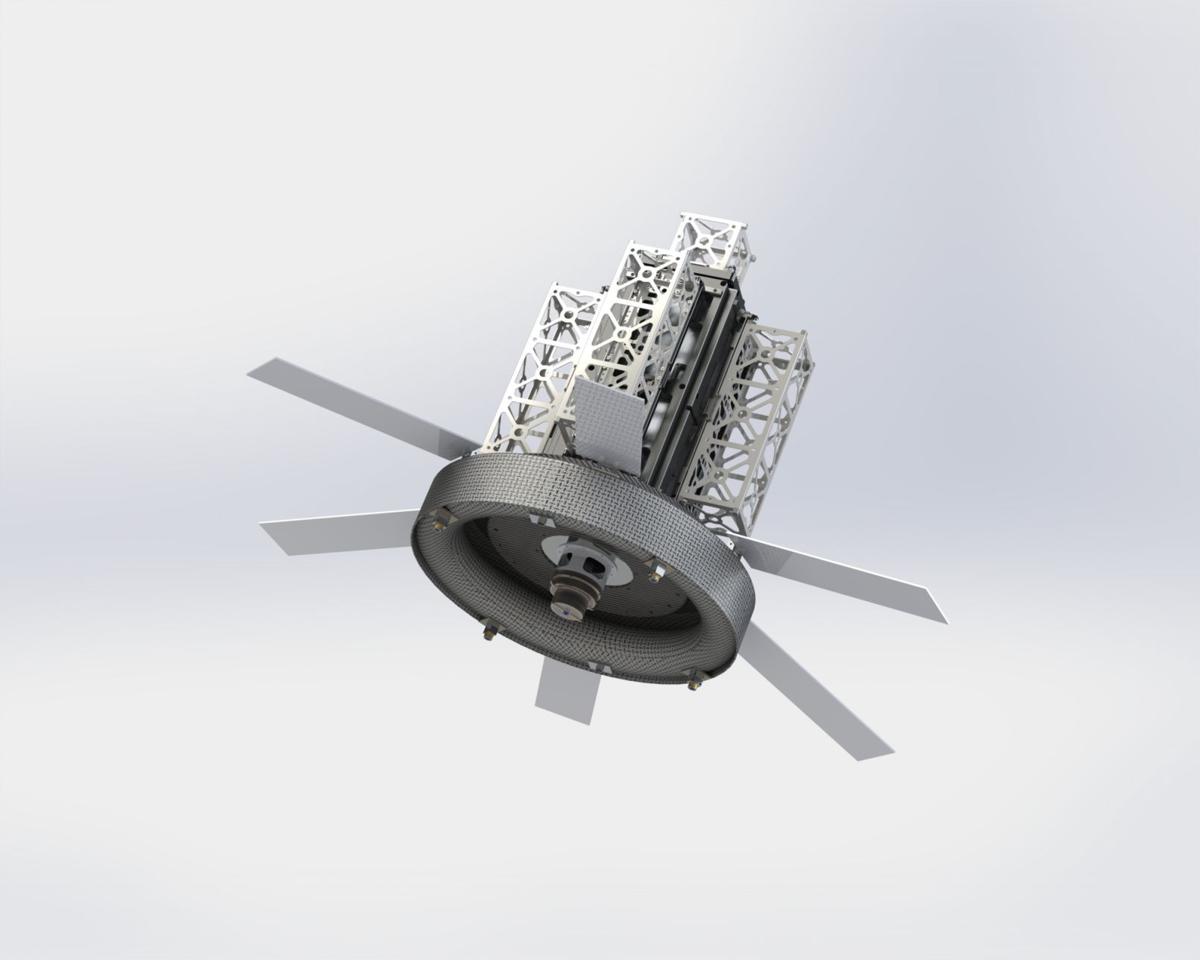 The Tucson-based rocket company Vector is hurtling ahead on all fronts as it moves to build out its Tucson factory and start commercial rocket launches as soon as next year.

The company was founded by a group of space veterans including CEO Jim Cantrell, an alumnus of Elon Musk’s SpaceX, and John Garvey, a veteran of space programs at Boeing and McDonnell Douglas who ran his own spacecraft company for 16 years before merging it with Vector.

In just the past month or so, the company has raised millions of dollars from investors, prepared to pick a builder for its planned rocket factory south of Tucson International Airport and has identified possible future launch sites including Cape Canaveral.

Vector is looking to raise a total of around $50 million from investors to get the company going.

Most recently, Vector raised $4.5 million in capital in a bridge round of funding ahead of a Series A investment round of $15 million to $20 million, which is expected to close in a couple of months, Cantrell said.

The company had previously raised about $5 million through private investments and with space-vehicle research contracts from NASA and the Defense Advanced Research Projects Agency.

In all, Vector has received more than $10 million in funding from angel investors, strategic partners and high net worth individuals, with notable investments from the Space Angels Network, Tucson’s Desert Angels, Arizona Technology Investors and Kanematsu Aerospace in Japan.

Cantrell said he’s been pleased by the support from local angels, who pitched in about half the recent bridge round.

Curtis Gunn, chairman of the Desert Angels, said a number of the group’s members invested a total of $575,000 as part of the round, the group’s largest single investment this year to date. Angels are individuals accredited to make unregistered private-equity investments by virtue of their high net worth or income.

“Desert Angels is excited to support Vector as the company’s work and development is taking another step towards making Tucson a space exploration and space tourism hub,” Gunn said in an email.

The recent round, Cantrell said, also included an investment in a so-called cryptocurrency — similar to bitcoin — called Nexus, from Kurrent Investment.

Not coincidentally, the company behind Nexus is trying to develop a satellite- and software- based currency exchange system, and it is led by Cantrell’s son, Colin.

The original idea behind Vector was to build a satellite-based system that would allow customers to use software to operate sensors, using a constellation of satellites as “virtual machines.”

“That makes a good business — it’s a billion-dollar business by itself,” he said.

After the Series A financing round, Vector will be looking to raise $10 to $20 million in a second round that should provide enough capital to get the company going on its own, Cantrell said.

Vector has been busy planning its 70,000-square-foot rocket factory in Tucson since securing a lease with Pima County in December for the site at the county’s Aerospace, Defense and Technology Business & Research Park.

The company, which has about 25 employees now, plans to add 40 to 80 people, mainly engineers and skilled workers like machinists, this year and expects to have 200 employees in Tucson in a few years, Cantrell said. Besides Tucson, the company has operations in Orange County and San Jose, California.

The lease deal came on the heels of a successful test of a new rocket engine Vector is developing with NASA.

More recently, in early April, Vector issued a request for notices of intent to bid on construction of the factory and headquarters building, which will cost an estimated $15 million.

The company plans to issue a formal request for proposals on Monday, Cantrell said.

The company is looking for a builder-financed deal with a leaseback arrangement, Cantrell said.

Groundbreaking is now planned for sometime in July or August, with completion expected in a year to 18 months, Cantrell said. Vector already is building rockets at its current site near downtown.

Vector’s development, including the initial capacity of its factory, depends on the pace and success of its fundraising efforts, Cantrell said.

“It is very much dependent on how quickly we can raise money,” he said.

The company plans to start the new Tucson factory with two “manufacturing cells,” or self-contained assembly lines, capable of producing 25 rockets a year, Cantrell said, but that can be doubled up relatively easily when needed.

“The key thing is, we don’t know total flight rates, or how quickly we’ll need to ramp up,” Cantrell said.

The company already has more than 100 launch contracts in hand.

Vector continues suborbital testing of its roughly 45-foot-long Vector-R rocket ahead of a potential orbital test next year, Cantrell said.

The next test flight is scheduled for May 3, after a test April 6 at the company’s test site near the Mohave Desert was scrubbed when a sensor caused an automatic abort, Cantrell said.

Engineers quickly determined the rocket was functional but the company decided not to launch after high winds kicked up. But the rocket is fine, he said, adding that failures are part of the testing process.

During a visit to Florida’s Cape Canaveral in March, the company placed a mockup of its Vector-R rocket in the NASA Now exhibit at the Kennedy Space Center Visitor Center.

The company also announced in late March that it will conduct a suborbital test flight of the Vector-R rocket this summer in Camden County, Georgia, on the coast near the Florida border.

The county is still working to win approval for launches from the Federal Aviation Administration.

The Tucson Tech column runs Thursdays or Sundays in the Star. Contact senior reporter David Wichner at dwichner@tucson.com or 573-4181. On Twitter: @dwichner

Final testing would pave the way for a program worth $4 billion.

Paragon Space Development and SunDanzer Refrigeration have teamed up on the project.

Avery Therapeutics plans human trials of its graft technology by 2020.

A Vector-R rocket at Cape Canaveral in March.