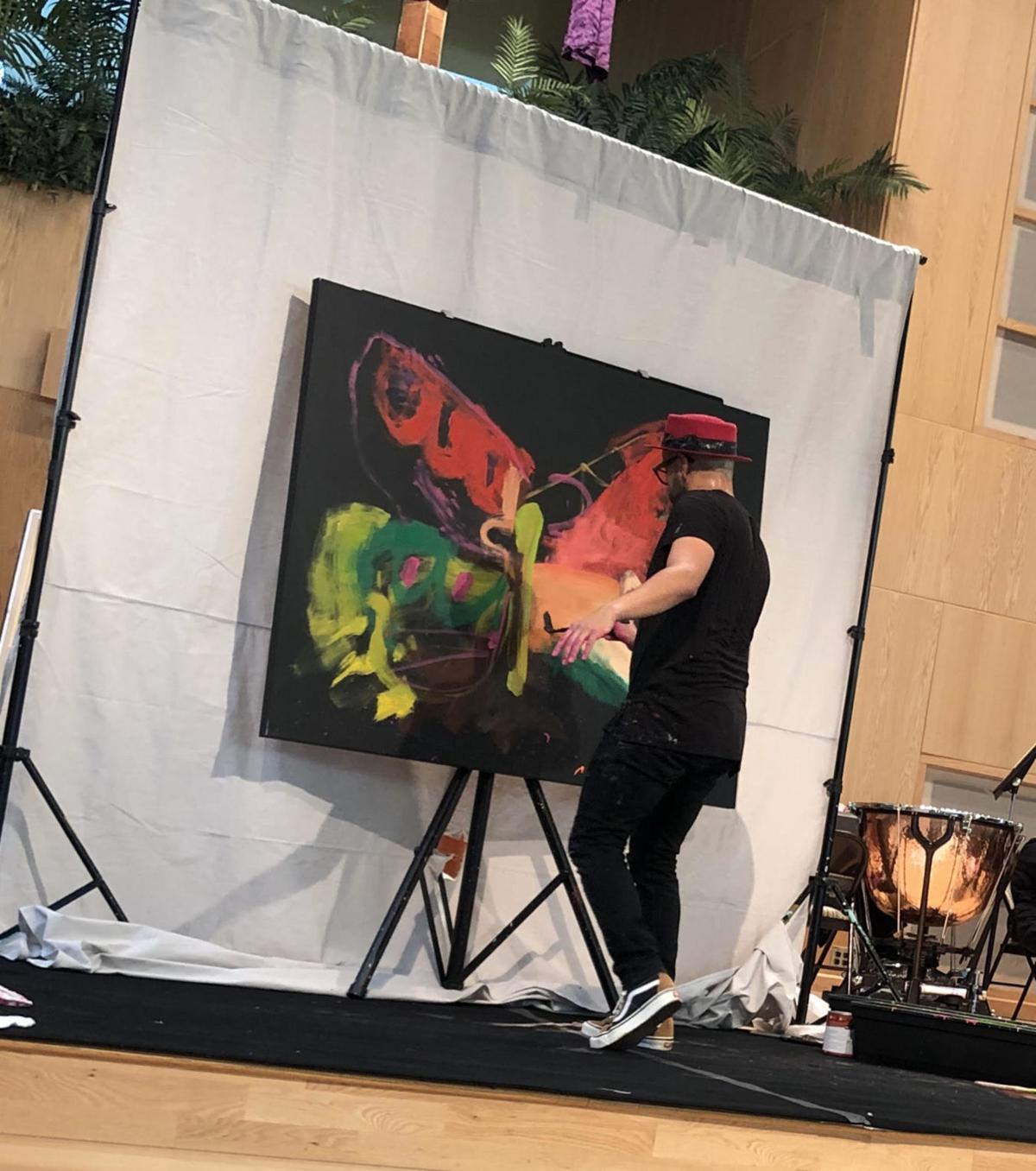 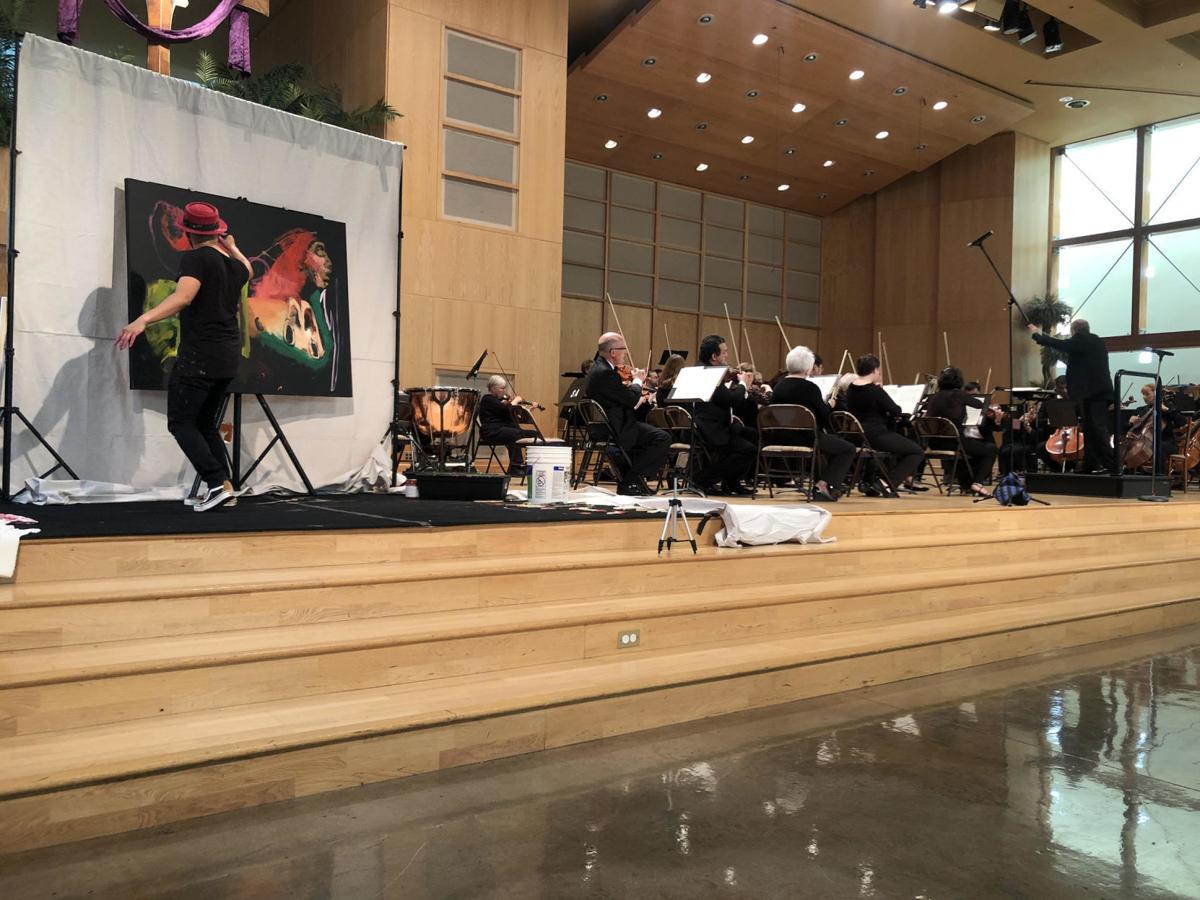 About 200 people were at St. Andrew’s Episcopal Church on Sunday to hear the Southern Arizona Symphony Orchestra.

One by one last week, Tucson’s classical music world canceled weekend concerts over fears of the COVID-19 pandemic.

Tucson Symphony Orchestra’s guest violinist was already in town when the orchestra announced that it was calling off shows last Friday and Sunday.

True Concord Voices & Orchestra pulled the plug on its March 29 Bach B-minor Mass concerts and vowed to pay its musicians half their fees in advance to ease the financial burden. They haven’t rescheduled, but music director Eric Holtan said they will once the health crisis is under control.

They were all following the advice of Tucson city officials, who discouraged people from holding events with 50 or more people because of the highly contagious coronavirus. Hotel Congress and the Rialto and Fox theaters hit the pause button, canceling events for the next couple weeks. UA Presents called it quits to the rest of its season.

But on Sunday, about 200 people showed up at St. Andrew’s Episcopal Church in Oro Valley to hear the Southern Arizona Symphony Orchestra. While the volunteer ensemble performed Tchaikovsky’s Fifth Symphony, Colorado impressionist painter Armando Silva painted pictures of a heartbeat, a wolf, a saguaro cactus and a butterfly on giant black canvasses.

It almost felt like we were sneaking into a movie theater without a ticket, but for more than two hours Sunday afternoon, life felt normal.

SASO and its audience took precautions. The orchestra knew many of its loyal fans would stay away, especially the older ones, so they live-streamed the concert on Facebook. At one point when Silva, his hands dripping with pink paint, was splattering the black canvas and Maestro Linus Lerner and the orchestra were reaching a crushing climax of Tchaikovsky’s powerful Fifth, a few dozen people were watching online.

Those experiencing it live scattered throughout the great hall, which boasts some of the best acoustics in Tucson for live orchestras, put two or three seats between us and our neighbor; we skipped whole rows of seats, giving the appearance that it was empty.

The all-Tchaikovsky concert, part of SASO’s 40th anniversary season, had been on the books for about a year, but it felt almost as if Lerner had programmed it in reaction to the coronavirus crisis. The afternoon opened with the composer’s triumphant and celebratory Festival Coronation March, which Lerner and the orchestra performed with unbridled energy and a sense of optimism and joy.

The Fifth with Silva, who threw in little hip-hop dance moves while he painted, was the cornerstone of the concert but South Korean guest pianist Melanie Chae owned the soul-lifting moment.

She performed the virtuosic showpiece Piano Concerto No. 1, her fingers flying and dancing, alternating between angelic and sublime and purposeful and frenetic. It was breathtaking.

Sunday’s concert was likely the last classical music concert we will experience this year.

TSO hasn’t decided yet if it will call off its April 3 concert of Mahler’s behemoth “Resurrection” Symphony featuring the TSO Chorus.

The Eternals reunite for premiere of new film

A tumultuous week closed here with near hourly announcements of show cancellations and temporary venue closures.

Feeling bummed about all the canceled Tucson events? Here are some ways you can help

The good news is there are still ways to help support your favorite events and local organizations if you can't be there in person.

This new brewery went from planning its launch party to filling to-go growlers for thirsty Tucsonans.

A local concert series, set to be live-streamed next week, will help Tucson musicians.

"I seriously do believe that, that they are the soul of our city, the identity of our city," said Tucson Mayor Regina Romero of local artists and arts groups. "It is an important piece of our economy and we felt responsible to provide assistance to those impacted by COVID-19."

This will be the largest concert since the pandemic started last March and the third live event for the volunteer orchestra since last fall.

About 200 people were at St. Andrew’s Episcopal Church on Sunday to hear the Southern Arizona Symphony Orchestra.