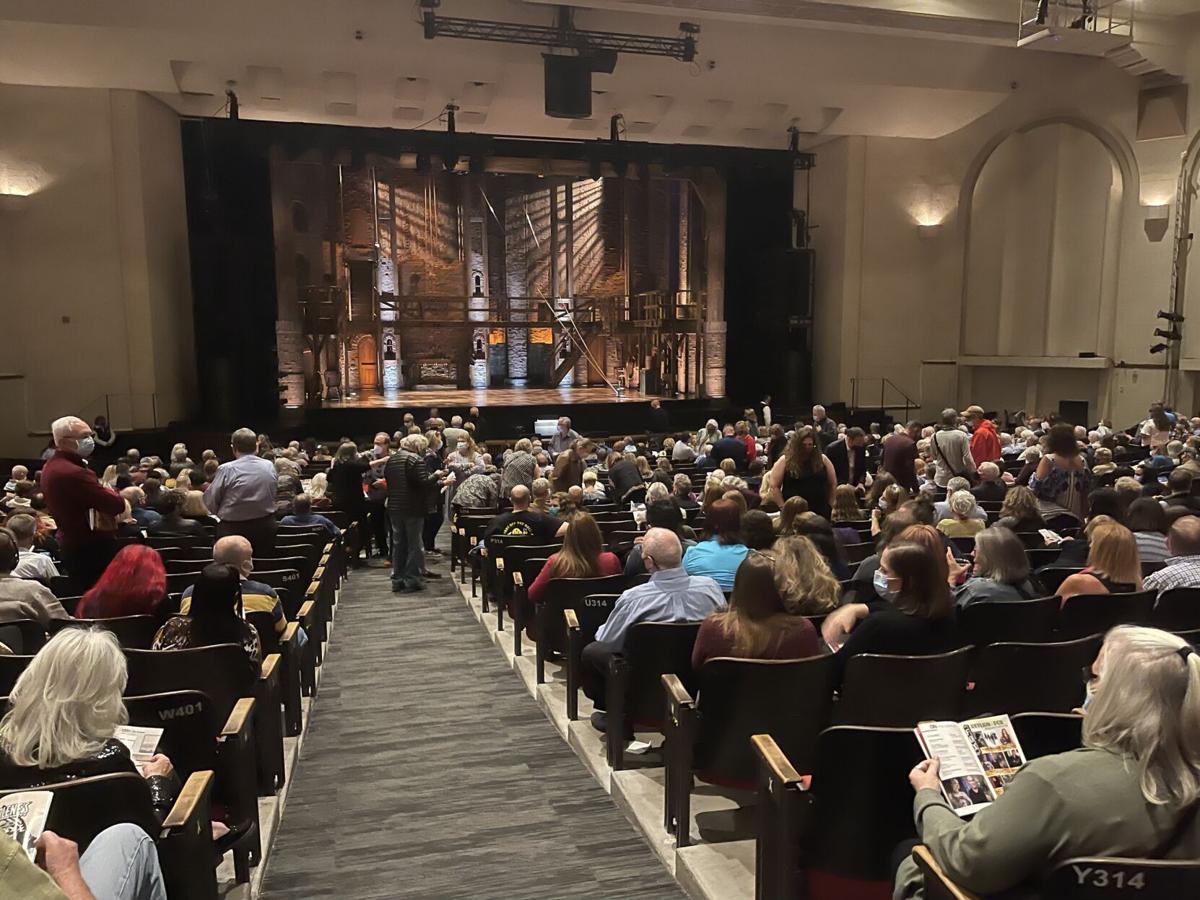 A packed crowd prepares for “Hamilton” at Centennial Hall on Thursday. 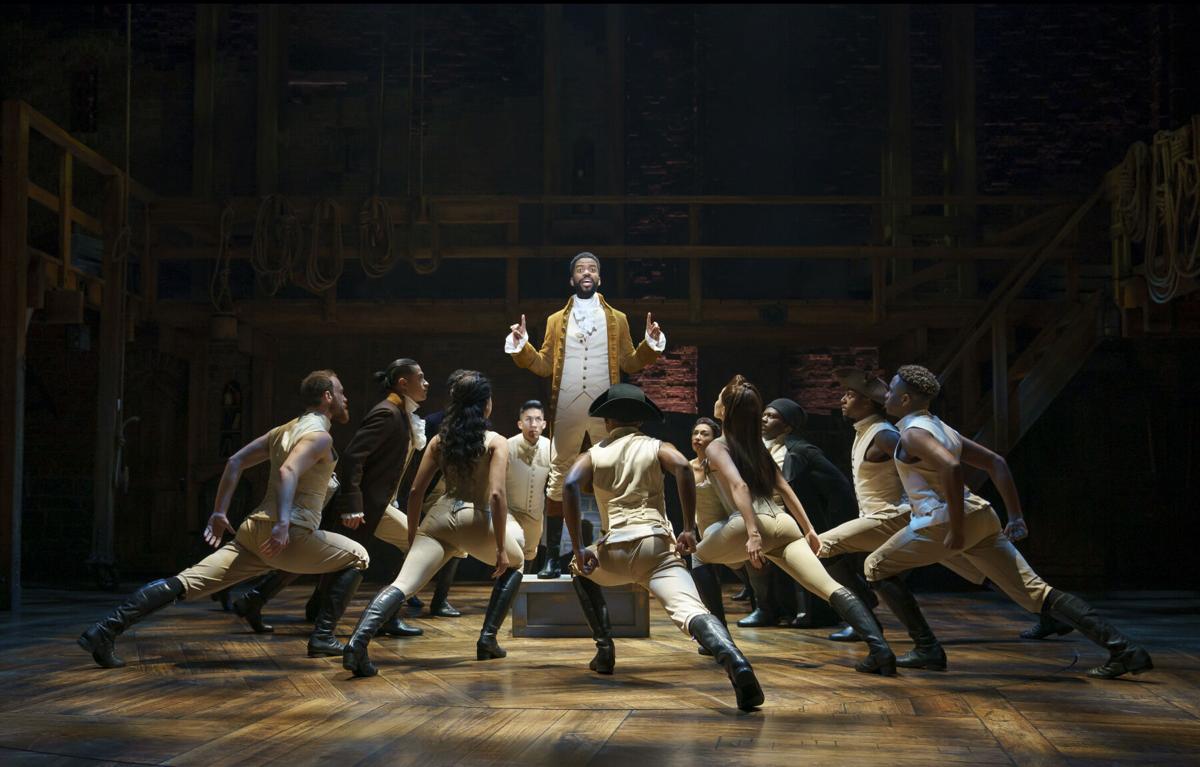 You want to be in the room where it happens.

“Hamilton” live on stage far surpasses the film version of the Broadway production that’s been running on Disney+.

And that’s even without the original cast.

The road show of the Lin-Manuel Miranda blockbuster musical is at Centennial Hall through Dec. 5.

The play about Alexander Hamilton and his fellow founding fathers explodes on stage. There’s an electricity that shot through the audience Thursday when the first notes rang out, and the level never dropped.

The film version has so many close ups that you miss out on the wider picture. And the wider picture includes Andy Blankenbuehler’s choreography, which is innovative and mesmerizing. It’s worth it just to see the full impact of the dancing.

But there are so many other reasons to go.

Alexander Hamilton starts out as a determined-but-penniless teen new to America and anxious to make a mark and quickly becomes powerful in this new nation. Julius Thomas III used his potent voice and increasingly demanding presence to command our attention. He is riveting in the role.

As is Donald Webber Jr., as Aaron Burr. Webber easily made us forget Leslie Odom Jr., who played the role so brilliantly on Broadway. Webber moved with grace, sang with force and embodied this character who is at once ambitious and politically ambiguous, a jealous friend and a tender father. He is the tragic figure in “Hamilton,” and Webber played him beautifully.

Comic relief is abundant in this musical, and much of it comes from Paris Nix as the eternally charming Frenchman Lafayette and the flamboyant Thomas Jefferson. Also adding to the laughs was Brandon Louis Armstrong, who played Hercules Mulligan and James Madison with distinction and a distinct flair.

And perhaps getting the most chuckles of the evening was Rick Negron as the petulant King George.

Maria Harmon had the difficult role of Angelica Schuyler, conflicted about her feelings for Hamilton and her protective feelings for her sister Eliza, who marries Hamilton. She handled it with expertise, and her delivery of the word-heavy “Satisfied” was a knock-out.

Victoria Ann Scovens infused her Eliza with a sweetness and a passion, and Milika Cherée gave distinction to the roles of the youngest Schulyer sister, Peggy, and Maria Reynolds, Hamilton’s lover.

Darnell Abraham has a swoonable baritone, but his Washington was missing, for the most part, that commanding presence the character calls for. Occasionally it popped out, and we got a hint of what Abraham could do, but that happened rarely at the Nov. 18 performance.

“Hamilton” mixes hip-hop, pop and show tunes to create a musical that is revolutionary and, well, truly astounding.

So turn off the Disney+ and get into the room where it is happening. “Hamilton” live should not be missed.

What: Broadway in Tucson’s presentation of the roadshow of “Hamilton”

Lotto tickets: A limited number of $10 tickets are available for every performance. Enter by downloading the official “Hamilton” app.

COVID protocols: Audience members must show proof of a negative COVID-19 test taken within 72 hours of the performance or proof of COVID vaccination. Masks also are required.

Word of advice: COVID protocols might delay entry into the theater; arrive early.

"Hamilton" is coming to Centennial Hall Nov. 17-Dec. 5 with Broadway In Tucson

The Hamilton creator appeared outside of the Richard Rodgers theatre with a bullhorn three hours before showtime.

For the first time since it premiered on Broadway in 1956, a woman of color is playing the role of Eliza Doolittle in the iconic Lerner and Loewe musical.

A packed crowd prepares for “Hamilton” at Centennial Hall on Thursday.