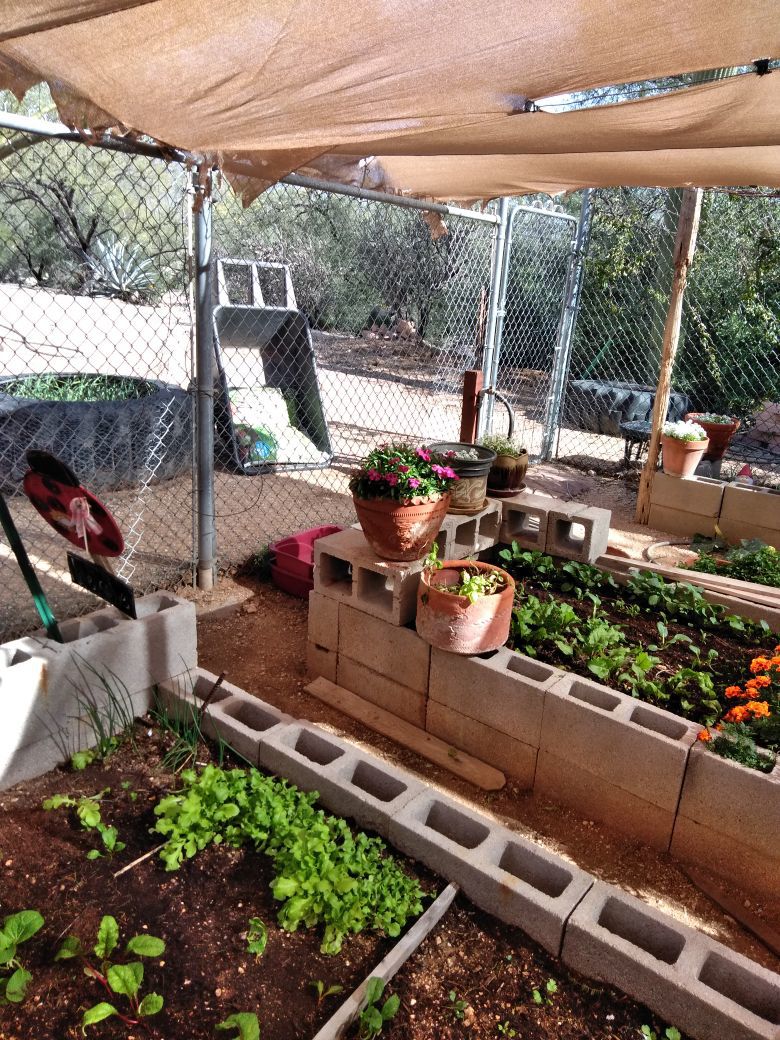 “We want people to be successful with all the money and effort they put in,” said gardening expert Melody Peters. 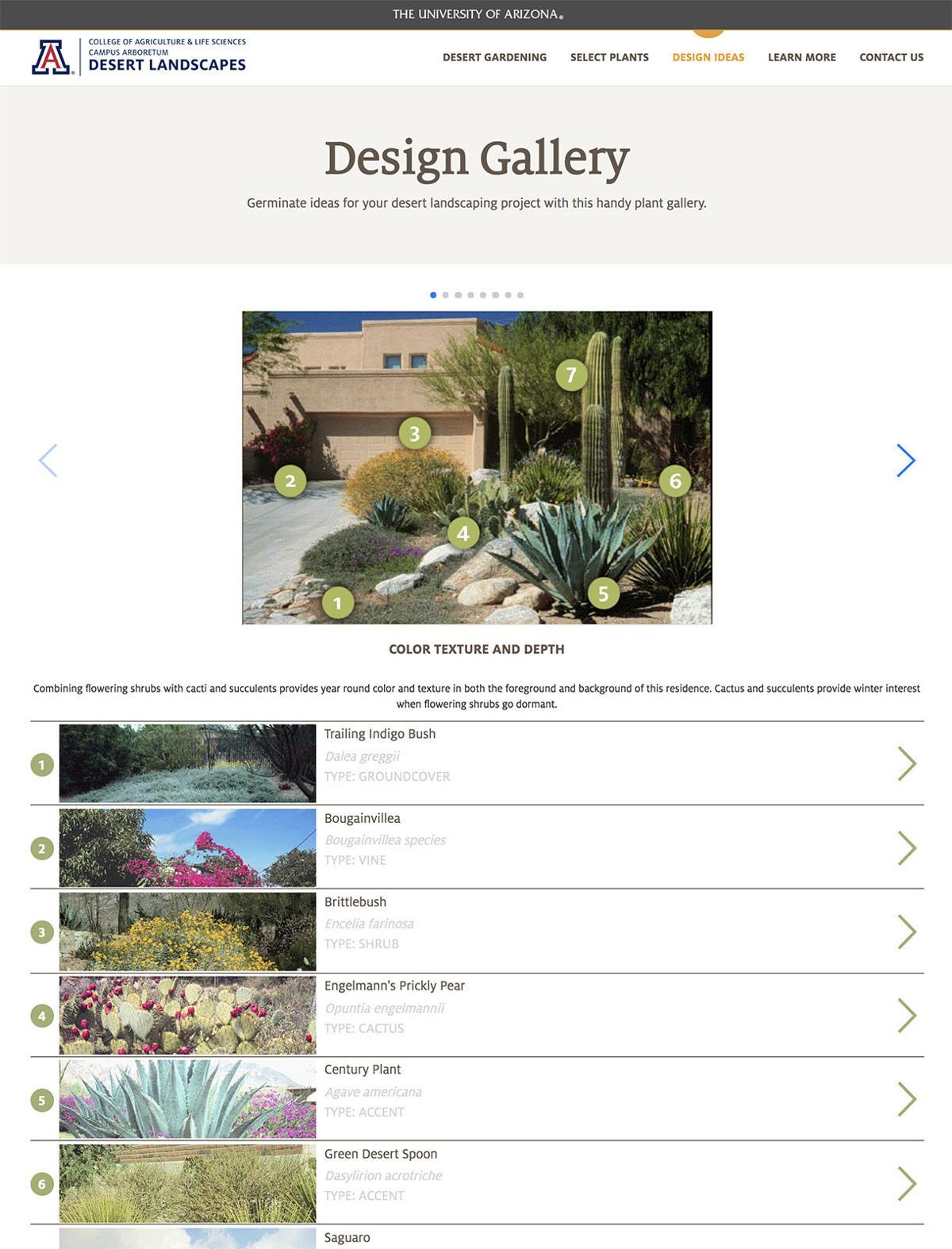 Desert Gardening Tools is chock-full of information for local gardeners. 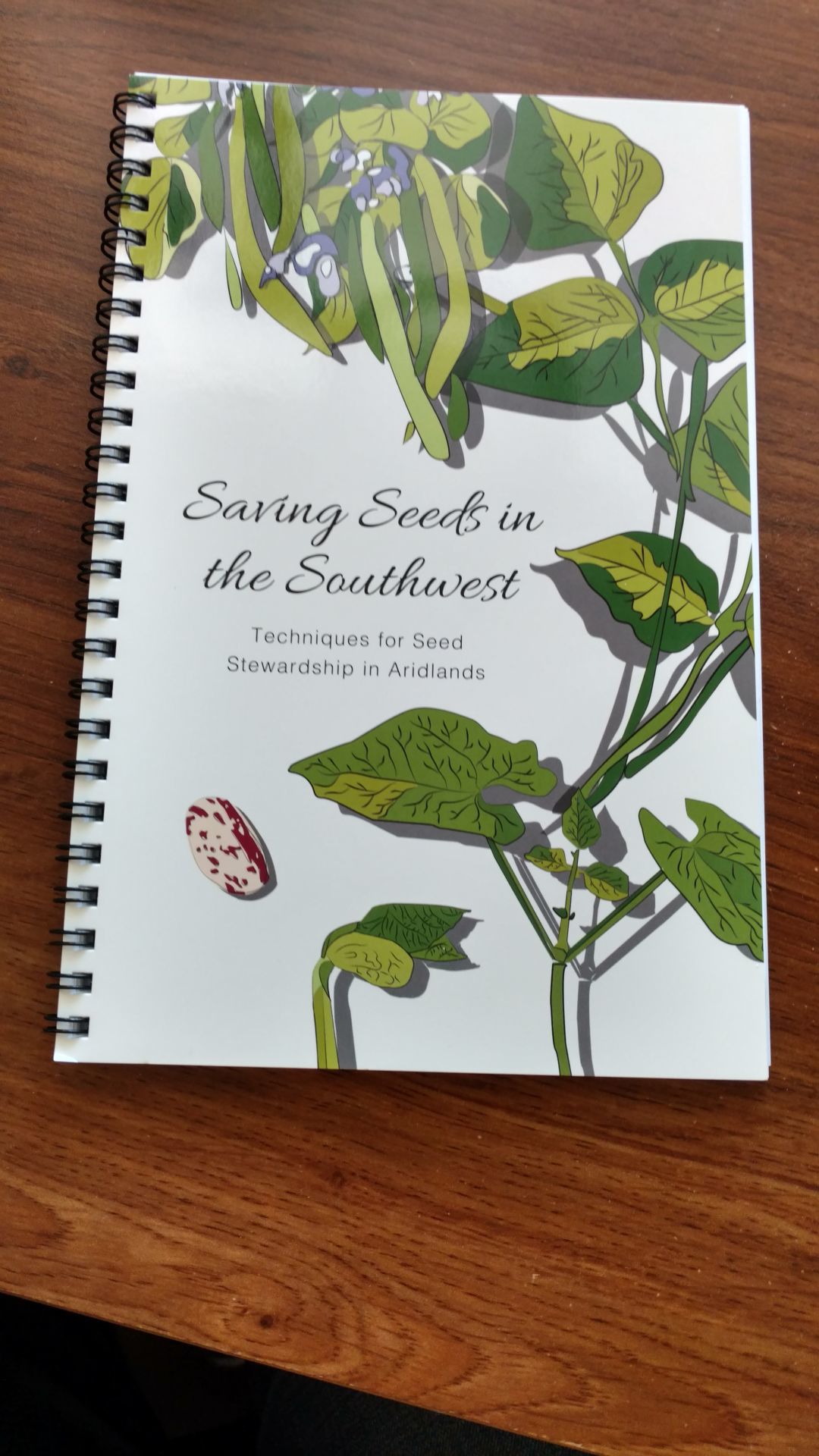 This book by Native Seeds/SEARCH details how to harvest and save seeds.

Whether you’re busy getting that summer garden in or figuring out how to get started on a landscape, you can learn more about what you’re doing with three resources that recently became available. Issued by nonprofit organizations, they zero in on issues that come up when gardening in the Sonoran desert.

Melody Peters is a regular contributor to the Tucson Organic Gardeners’ speaker series. Last December she led a discussion on how to protect a garden from extreme elements throughout the year.

The slide presentation — a group effort to which five club members contributed tips and photos — was uploaded to the club’s website earlier this year.

Scroll through the 47 slides and you’ll get practical advice, scientific explanations and DIY ideas on how to protect plants from winter cold and summer heat. The presentation also provides tips on how to get edibles to produce well past their natural seasons and even year after year.

“We want people to be successful with all the money and effort they put in,” Peters says of the presentation and discussion. She tapped her own knowledge as a longtime gardener and founder of the Rincon Heights community vegetable garden.

Because the discussion was in the winter, much of the presentation deals with how to handle frosts. That includes defining frost conditions, what vegetables can survive in frost and various methods for providing cover and warmth.

Summer challenges aren’t ignored, though. There are sections on how to shade plants and keep them viable in hot weather.

Under the section for warm-season gardening, the presentation offers several suggestions regarding scalding of citrus trunks, heat stress, leaf wilt and shade structures.

Another section shows how you can turn annuals — plants that go to seed and die in one season — into plants that will produce over several seasons. The techniques are called over-wintering.

Plenty of photos illustrate the presentation, which Peters says addresses “the sustainability of gardening when you take into account the extremes.”

It is available at tucsonorganicgardeners.org. Select “Publications” and “Season Extension Techniques.”

What was old in online gardening education by the University of Arizona is new again — and better.

The UA Campus Arboretum has taken over the “Desert Landscaping” pages that were handled by the university’s Water Resources Research Center. Both are elements of the UA College of Agriculture & Life Sciences.

“It really doesn’t have the staff anymore with plant expertise,” Tanya M. Quist, director of the arboretum, says of the center, “and they wanted the campus arboretum to adopt the site.”

The new “Desert Gardening Tools” section, which was launched in December, still has the popular plant locator that was in the old version. People use it to select a species based on several criteria. They include flower color, height and active season.

Five undergrad students pursuing plant science majors added substantially more information to the new site. Some of the information came from the center’s other digital resources.

Gardeners who want design ideas can tap into a section that offers ready-made plans. Each design is shown in a photo. With each photo is a list of the plants, which are described in detail.

Another section gives in-depth information about gardening. Topics include defining drought-tolerant plants, the difference between climate and micro-climate, irrigation options and pruning techniques.

“It’s perfect because it really starts with the basics,” says Quist. “Then it provides information about working in an urban setting ... compared to the desert.”

Another helpful section introduces gardeners to new species and “proven performers,” plants that do well in local landscapes. A recent check of the list included a kidneywood, a beaked yucca and a “Libby Davison” ash.

The list is developed with the help of nurseries that can offer suitable desert plants.

“We know what works,” Quist says, and featuring them will get the word out.

“This tool is new and improved,” she says of the six-week effort, “but it’s really a supplement to all the other arboretum resources.”

The new section can be found at arboretum.arizona.edu.

“SAVING SEEDS IN THE SOUTHWEST”

Native Seeds/SEARCH’s guide to collecting and storing seeds got a facelift last year to make it easier to use and a little heftier in content.

The first edition of the book, “Saving Seeds in the Southwest, Techniques for Seed Stewardship in Aridlands,” was published in 2016 with the help of two grants. The funding also paid for a Spanish-language version.

Authors Joy Hought, executive director of Native Seeds/SEARCH, and Melissa Kruse-Peeples, an educator with the organization, detailed 29 crops, discussing how each pollinate and grow and explained how to harvest seeds.

The book also has an extensive section on the importance of saving seed, how to plant a garden that optimizes seed production and general seed-saving practices.

The information comes from workshops the group offers throughout the year.

“A lot of the work that went into the initial (book) was designed to take a scientific topic and make it completely accessible,” says Hought.

Other pluses include bigger type and a spiral spine that make the book easier to read while working with seeds.

You can buy the book at the Native Seeds/SEARCH store, 3061 N. Campbell Ave., or at nativeseeds.org/products/pb2017.

Edibles to Plant in May

The award-winning landscape nearly disappears into the Tortolita Mountains with the use of colors, materials and vegetation that mimic the look of its environs.

How to garden over Tucson's summer with little ones.

The effort allows donors to adopt a rare seed in exchange for a donation.

“We want people to be successful with all the money and effort they put in,” said gardening expert Melody Peters.

Desert Gardening Tools is chock-full of information for local gardeners.

This book by Native Seeds/SEARCH details how to harvest and save seeds.