PHOENIX — The head of a major business organization is looking for legal ways to make education more affordable for “dreamers” who attend state universities and community colleges in Arizona.

And although he hopes for some state or federal legislative action, that goal ultimately could mean asking voters to rethink a law they approved in 2006 on who receives in-state tuition.

Glenn Hamer, president of the Arizona Chamber of Commerce and Industry, said Thursday he thinks there may be some wiggle room in enforcing that law, which says students not in the country legally have to pay more than the tuition available to other Arizona residents.

Hamer said that law is based on the idea that Arizona taxpayers should not be subsidizing those who have entered the country illegally or overstayed their visas. But he believes there is a way to legislatively determine a rate — less than full out-of-state tuition — that complies with the law.

There is some precedent for that. The Arizona Board of Regents has a policy saying those in the Deferred Action for Childhood Arrivals program can attend at a tuition of 150 percent of what is charged to residents. But that rate can still add $6,000 a year on to a student’s bill.

Hamer said he believes that legally can be driven lower.

Ideally, he said, the whole problem would be resolved if Congress were to deal with the issue and formally declare that DACA recipients are in this country legally.

At this point, DACA exists only because of an executive order signed by Barack Obama when he was president.

The Arizona Supreme Court ruled unanimously last year that does not make those in the program eligible for in-state tuition, no matter their residency status. If Congress acts, then the court ruling becomes legally moot.

But Hamer also has a back-up plan of sorts if the tuition for DACA recipients cannot be legally tweaked and Congress fails to act: Take the issue back to Arizona voters.

The idea of restricting access to in-state tuition was approved in 2006 by a margin of more than 70 percent in favor. But Hamer said things are far different now.

“I could certainly make the argument that, way back when, we were not thinking about ‘dreamers,’ ” he said.

DACA did not even exist at that time. It was in 2012 that Obama decided those who came here as children and met other qualifications could not only remain without fear of deportation but also be allowed to work.

Hamer said multiple polls have shown popular support for providing a permanent solution, including possibly a path to citizenship, for the more than 800,000 who have been accepted into the program nationally, including more than 23,000 in Arizona.

And he said there already is a basis for resolving the issue: A grand compromise that would give President Trump the $5 billion he wants for a border wall in exchange for legalizing not only DACA recipients but also others who are in this country illegally.

But, failing federal resolution, Hamer said it’s in the interest of the state — and the business community he represents — to create the maximum opportunity for DACA recipients in Arizona to have a higher education, and one that is affordable.

That, he said, could ultimately require revisiting the 2006 law.

That raises problems of its own.

The most immediate is that the 2006 law, having been approved on the ballot, is subject to the Voter Protection Act. That constitutional provision bars lawmakers from repealing or making major changes to anything that voters have approved.

Instead, these have to go back to voters.

“The Voter Protection Act is certainly a challenge,” Hamer said.

Then there’s the fact that any alteration or repeal would go on the 2020 ballot at the same time Trump is up for reelection. That raises the possibility that border security could be a major campaign issue.

That’s why a frustrated Hamer said his organization is hoping to get it resolved in Washington, D.C.

“I don’t think it’s too much to ask Congress to do its job once every 30 years,” he said.

But Hamer said the issue is far too important to Arizona to have it live or die based on what Congress does or does not do. If nothing else, he said, it’s good for business.

“We’re now in an economy where there’s more jobs open than human beings to fill them,” Hamer said. “We need workers of all skill levels.”

Congress should lay aside its partisan differences and consider what losing DACA would mean to us all.

Wages, jobs up despite pay mandate, but opponents say some firms are hindered

Foreign-born families had $21.4 billion in household income in 2014, $16 billion in spending power.

Tucson murder case to be featured Friday on "Dateline NBC"

The case of a 2016 Tucson murder will be featured in an episode of "Dateline NBC" on Friday, Jan. 4.

Lawmaker wants laetrile, once thought to be cancer treatment, banned in Arizona

Lawmakers in the 1970s decided its OK to sell laetrile despite the fact that it is illegal under federal law.

Six people were killed and 13 people were wounded in the Jan. 8, 2011 attack outside a Tucson grocery store.

Man dies after being hit by train on Tucson's south side

Authorities have identified the man who died after being hit by a train on Tucson's south side Friday afternoon.

The justices let stand a year-old Arizona Supreme Court ruling that the seriousness of the charge, by itself, is insufficient to result in automatic denial of bail.

A bid to create a special community college and university tuition for "dreamers'' and others who don't qualify for the in-state rate has run into a potentially fatal snag.

At UA, 60 students are paying the discounted rate; unknown how many more are eligible this semester.

Rep. Noel Campbell says opposition to his proposal likely to come from within own party. 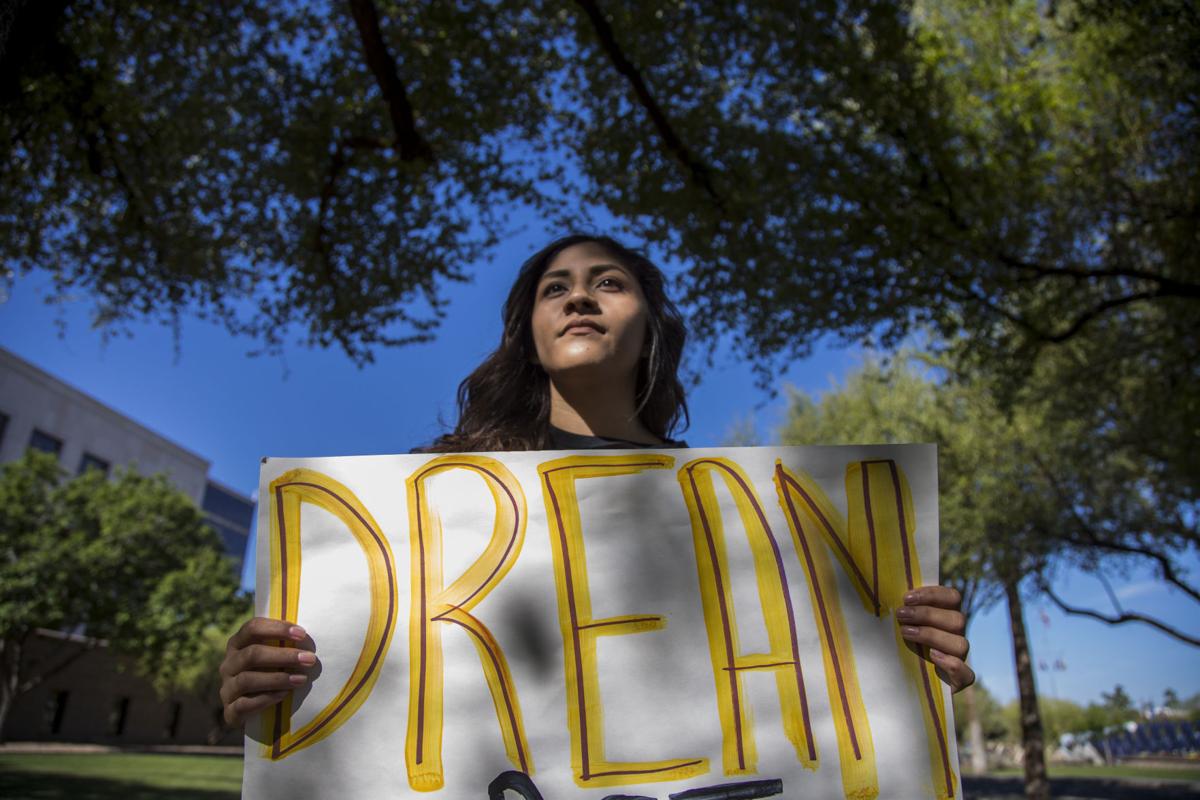 Fabiola Espinoza protests outside the Arizona Supreme Court during the hearing. 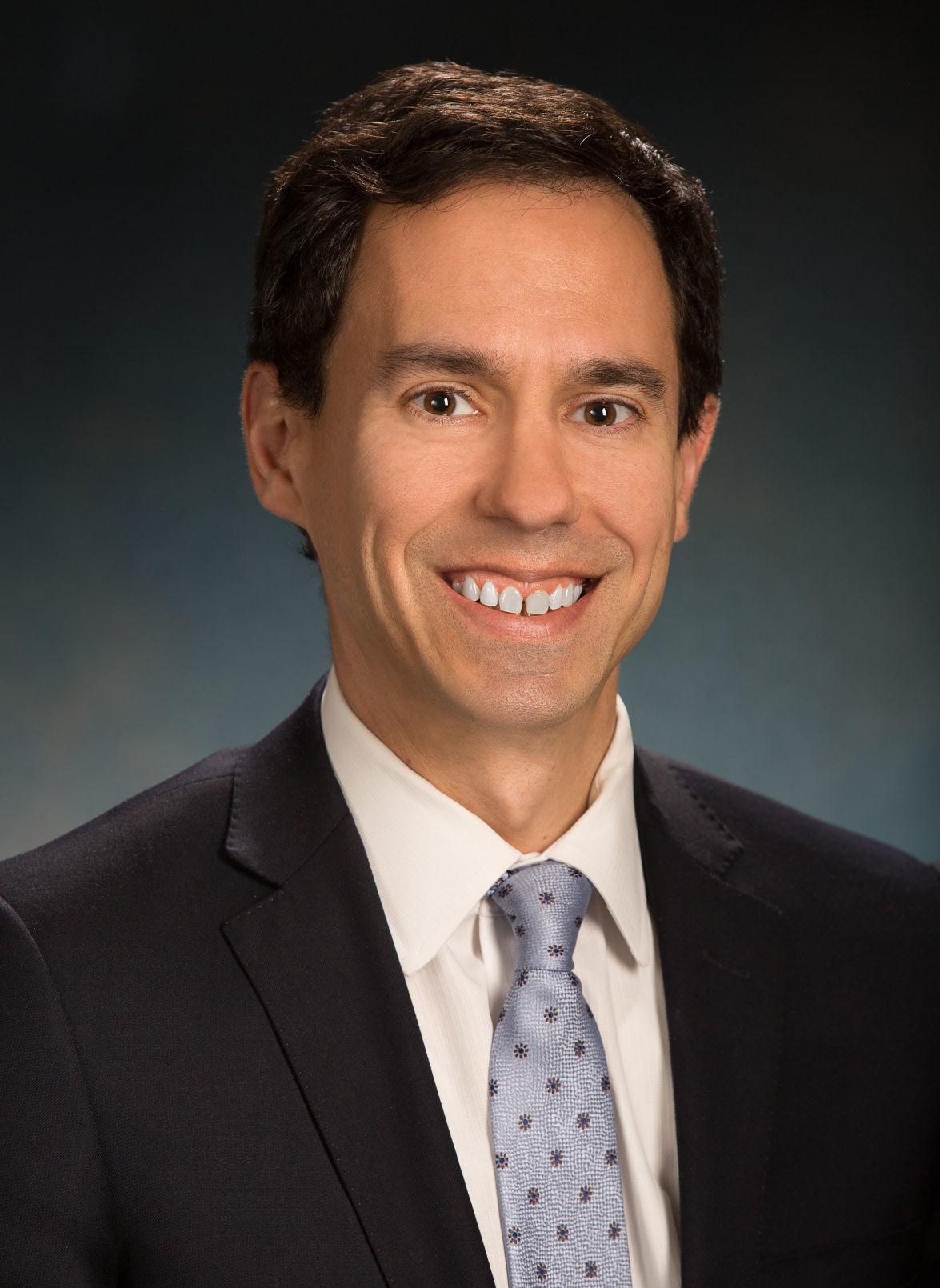