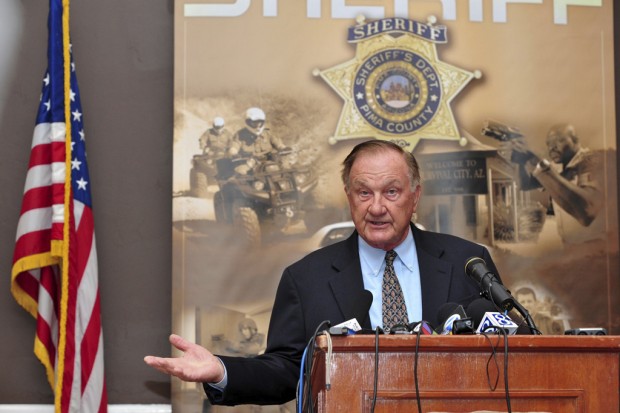 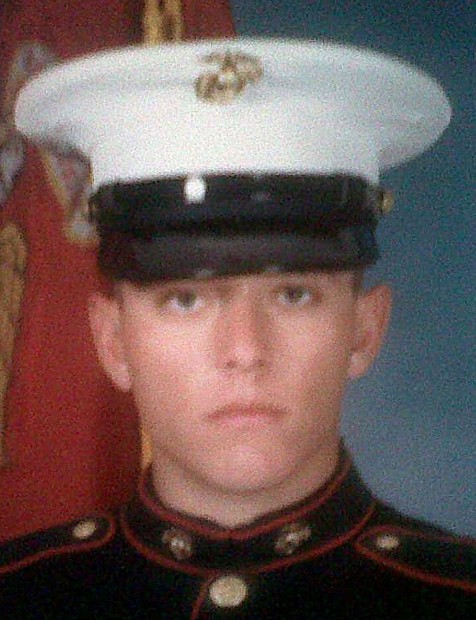 The man killed in a SWAT team raid last month had been under investigation by the Pima County Sheriff's Department for 20 months as part of a major drug and homicide investigation, Sheriff Clarence Dupnik said Tuesday during an editorial meeting with the Star.

But details of the investigation into Jose Guerena's activities won't be released because an informant for the Sheriff's Department could be in danger, Dupnik said.

"There's a chance that our informant is going to get killed," he said.

Guerena was killed when SWAT officers fired 71 rounds from the front door of his home in the 7100 block of South Redwater Drive, while serving a search warrant on May 5, department officials have said.

Guerena was hit 22 times and died at the scene, according to a preliminary report by the Pima County Medical Examiner's Office.

Inside the locker, officers found a large number of financial documents and ledgers that "make it clear to us that this is drug money and money owed to a number of individuals," Pima County sheriff's Bureau Chief Rick Kastigar said via telephone during Dupnik's visit to the Star.

But since the deadly raid, no arrests have been made.

The homicide investigation Dupnik and other officers referred to in previously released documents is a March 2010 case in which husband and wife Manuel and Cynthia Orozco were shot to death inside their southwest-side home, reportedly in front of their two daughters.

The woman killed was a member of the Celaya family and the sister-in-law of Guerena's brother, Alejan- dro, but Dupnik could not say if Guerena was a suspect in the slayings or if he was linked to the homicide simply by family ties.

"I can only say that some of the people involved in this particular group may be suspects in the homicide," Dupnik said.

Dupnik would not comment on the tactics used by the SWAT team and said a shooting board made up of officials from each of the agencies involved in the shooting would review the case.

The officers who shot at Guerena are members of Sahuarita police, Oro Valley police, Marana police and the Sheriff's Department.

Dupnik said there was "no reason for anybody to be suspicious of what happened."

Pima County Superior Court Judge Deborah Bernini did not make a ruling Tuesday regarding the release of all search warrants that remain sealed.

The Arizona Daily Star, through its attorney, filed a public-records request with the Sheriff's Department to release the information sealed by Bernini in preparation for a lawsuit.

The search warrants with a list of all items seized from each of the four homes, and the probable-cause statement explaining the need for the searches have all been sealed.

Bernini said there was a need for confidentiality when the warrants were sealed May 9, but by now, so much information has been released in this case that the Sheriff's Department must prove there are still critical details in those documents that must be kept confidential.

Detectives involved in the case will meet with Bernini in private to discuss why they must be kept sealed.

Officers in Tucson SWAT shooting of ex-Marine cleared of wrongdoing

The five SWAT officers who shot and killed 26-year-old Jose Guerena while serving a search warrant May 5, have been cleared of any wrongdoing.

The five SWAT officers who shot and killed 26-year-old Jose Guerena while serving a search warrant May 5 have been cleared of any wrongdoing.