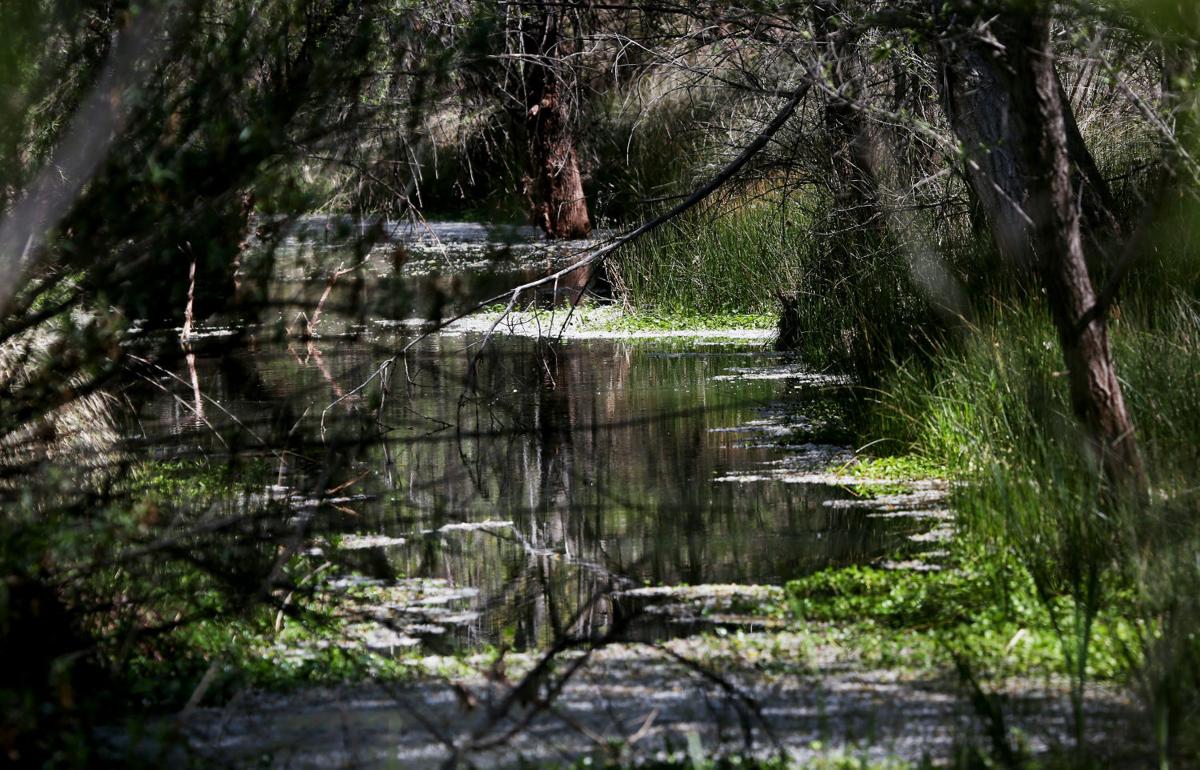 A major issue is whether the Rosemont Mine might dry up Cienega Creek.

The $1.9 billion mine at this site in the Santa Rita Mountains southeast of Tucson would create more than 400 permanent jobs.

The lawsuit challenges the Forest Service’s repeated statements over the years that it had no choice but to approve construction of the open pit copper mine in the Santa Rita Mountains because the mine will meet all applicable federal laws and regulations.

Coronado National Forest Supervisor Kerwin Dewberry approved the mine in June, selecting a specific mine layout out of several alternatives proposed either by the mining company, Toronto-based Hudbay Minerals Inc., or the Forest Service. He said, as did his predecessor Jim Upchurch’s draft approval in 2013, that the chosen layout will have fewer environmental impacts than any other alternative the service analyzed.

The Forest Service has said it couldn’t legally bar the mine because of several federal laws, dating back to 1872, that call upon the federal government to open up its lands to mineral production.

The lawsuit — filed by the groups Save the Scenic Santa Ritas, the Center for Biological Diversity, the Arizona Mining Reform Coalition and the Sierra Club’s Grand Canyon chapter — says that stance is legally wrong.

The mine would violate at least 10 environmental laws, regulations, standards and protections of federal water rights, the lawsuit says. In part, the groups say the violations will occur because the mine will reduce the amount of water flowing in the streams and hurt water quality.

“This mine is being proposed in the heart of important wildlife habitat and an important watershed that feeds several Arizona waters, including Davidson Canyon,” which is legally protected as an “outstanding Arizona water,” said Sandy Bahr, director of the Sierra Club’s Grand Canyon chapter.

“Arizona’s waters and wildlife are too precious to risk for the short-term profits of a foreign mining company, especially as the consequences will last for centuries. Once these waters are degraded and the streams eliminated, the damage is done and irreparable,” Bahr said, in a news release accompanying the lawsuit.

This is the second suit filed this year seeking to stop Rosemont. In September, the Center for Biological Diversity sued the U.S. Fish and Wildlife Service over its determination that the mine won’t jeopardize or illegally damage the habitat of the endangered jaguar. The Forest Service is also a defendant.

A third legal challenge is likely to an upcoming decision by the U.S. Army Corps of Engineers on whether to grant Rosemont a separate permit to operate the mine under the federal Clean Water Act.

Environmentalists as well as Hudbay officials have already made it clear they’re likely to challenge the decision, depending on which way it goes. The Army Corps’ San Francisco division office has reviewed the case for more than a year following a recommendation from lower-level Corps officials to deny the permit.

In the past, Forest Service officials have said they believe the mine would meet environmental laws in part because of a very long list of mitigation measures they and other agencies have imposed on it.

In a statement, Hudbay officials expressed confidence that the Forest Service will prevail in the lawsuit, due to “the rigorous diligence shown by the Forest Service in fulfilling its responsibilities during the permitting process.

“Rosemont has been under review for nearly a decade and considered in that time by 17 cooperating agencies, mostly at the federal and state levels,” Hudbay said.

Hudbay CEO Alan Hair, in a Nov. 2 conference call with industry analysts, said about the pending Army Corps decision, “We respect the fact that this is a scientific and technical process and that good science will prevail. ... We do strong engagement with the regulators and are looking to have a good product in both the 404 (Clean Water Act permit) and mine plan of operations when they’re complete.”

The latest lawsuit contends the mine could violate federal and state legal protections by reducing flows if not drying up Cienega Creek and its tributary Empire Gulch, and by polluting a third neighboring stream, Davidson Canyon. Cienega and Davidson are state-designated “Outstanding Arizona Waters,” legally protected from degradation.

The proposed Rosemont Mine would:

• Disturb more than 5,400 acres for its construction, including 1,197 acres of private land, 574 acres of state land, and 3,653 acres of Coronado National Forest land.

• Use about 100,000 acre feet of groundwater over the mine's life, and replenish that with imported Colorado River water.

State to review streams' protections at request of Hudbay Minerals

Rosemont Mine gets crucial OK from Forest Service

With one key approval down, the copper project has three steps to go.

Another big deposit of copper suspected just outside planned Rosemont mine

If that area on the ridge line of the Santa Rita Mountains is ever mined, the activity might well be visible as far west as suburban Green Valley.

But one analyst says 2022 is a more realistic opening date.

It's still not ready to OK Augusta's earlier Rosemont mineral reserve estimates, however.

Rosemont's fifth mitigation plan would try to restore a stretch of Sonoita Creek south of the mine site that's been heavily altered by people.

The Toronto-based mining company tells investors it expects to start mining copper at Rosemont by 2022.

Reps. Raúl Grijalva and Ann Kirkpatrick met with Army Corps officials today and say they're concerned they will soon issue the long-contested permit for the open-pit mine to be built.

The Army Corps of Engineers today issued the Clean Water Act permit for the $1.9 billion open-pit mine to be built in the Santa Ritas near Tucson. It will be the country’s third-largest copper mine, accounting for 10 percent of annual U.S. copper production, the mining company says.

The $1.9 billion project in the Santa Rita Mountains southeast of Tucson will generate 10 percent of the nation's copper production.

A major issue is whether the Rosemont Mine might dry up Cienega Creek.

The $1.9 billion mine at this site in the Santa Rita Mountains southeast of Tucson would create more than 400 permanent jobs.