She needs a device to communicate. Arizona kept it from her for 18 months.
Share this
By Amy Silverman Arizona Daily Star

This article was produced in a partnership between the Arizona Daily Star and the ProPublica Local Reporting Network, of which the Star is a member. ProPublica is a nonprofit newsroom that investigates abuses of power.

This story has been translated into different formats:

Emory Webster, 11, lives in Tucson. In a recent interview, she said she does not like to cuddle. Her favorite thing to do in the summer is swim.

Her mom, Adiba Nelson, listened carefully as Emory spoke — sometimes asking a question two or three times to make sure she understood — then explained that Emory loves to paint and hang out with friends. Recently, she’s embraced the idea of being a DJ, pretending to beatbox and scratch records.

“Ms. Emory is a little firecracker,” said Adiba, 43. “She is sassy as the day is long, but she’s also one of the sweetest kids ever and funny. Oh, God. She has such a sense of humor. It’s ridiculous.”

Emory has cerebral palsy, which makes it difficult for her to talk to others, an extra challenge for a social preteen with lots of friends.

She has an augmentative communication device provided to her through the Division of Developmental Disabilities, but Adiba said it is outdated — and broken. “I went to plug it in and it sparked and smoke came out of it. I was like, OK, I guess it’s done,” she said.

They’ve waited 18 months for another one. In mid-August, Adiba learned that Emory’s new device was approved in early July. As of the first week of October, they were still waiting to hear when they’d receive it.

In a statement, DDD officials said most of its clients receive help quickly and express satisfaction with their care. They did not respond to specific questions about Emory’s case.

Adiba said the DDD’s delay had impacted her ability to communicate with her own child.

“I always say, ‘Would you let your child sit with you and not speak for months?’” she said, adding, “I firmly believe they make it so hard for families that they give up.”

Photos: Arizonans with developmental disabilities were promised help. Instead, they face delays and denials

Arizonans with developmental disabilities were promised help. Instead, they face delays and denials.

Fave Five: Arizonans with developmental disabilities were promised help. Instead, they face delays and denials.

Emory Webster cried tears of joy when her new communication device arrived from the state after 18 months of waiting. But six months later, she’s still waiting for parts she needs to use it.

Amy Silverman is honored for her "fantastic work highlighting issues within the state for those with disabilities," which she reported for the Star and for the  ProPublica Local Reporting Network. 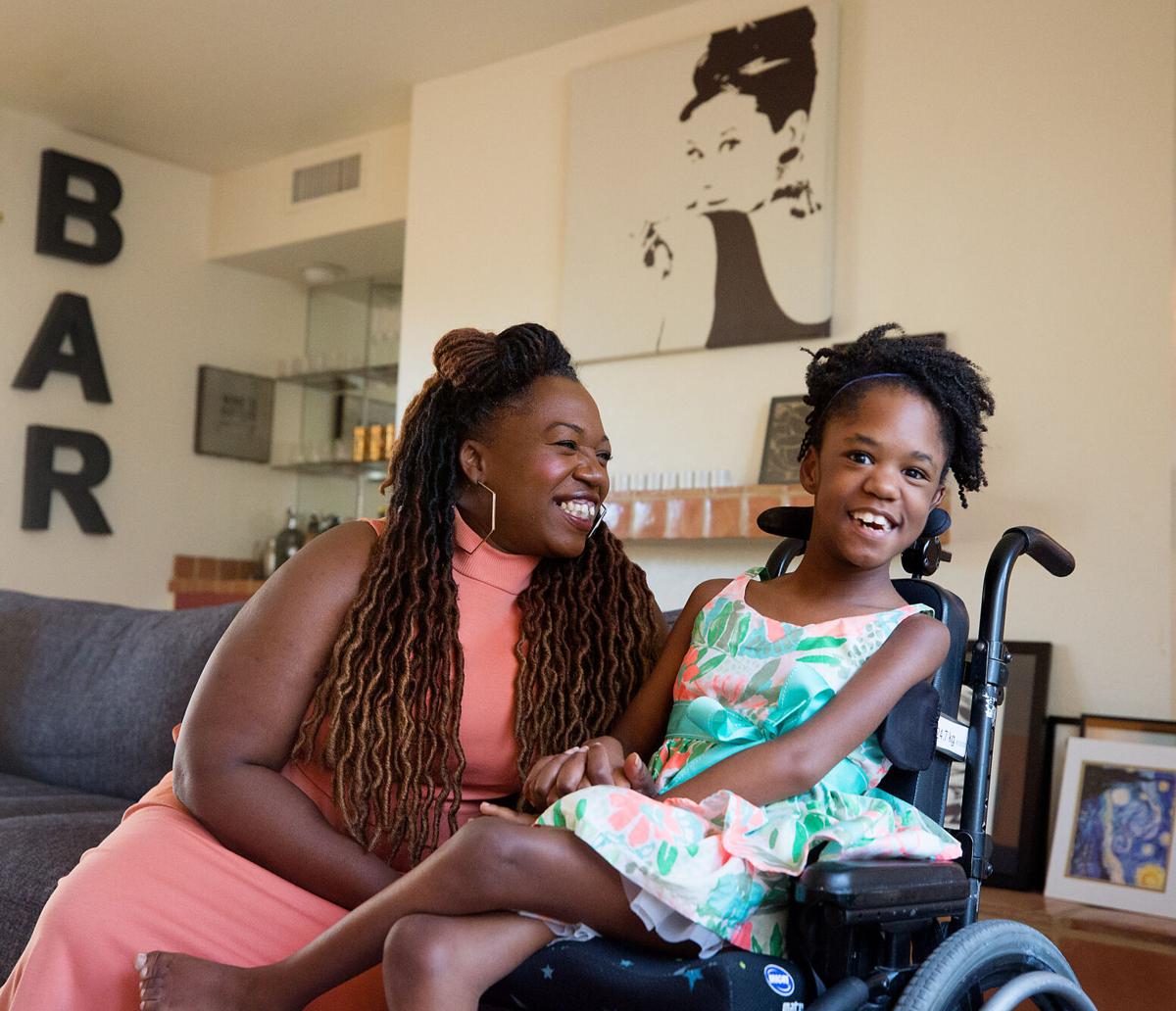 Emory Webster, 11, with her mother, Adiba Nelson, in their home in Tucson, Ariz., on October 14, 2020. Webster was born with cerebral palsy. Nelson says Emory was evaluated for a communication device in July 2019 and she's still trying to get the device through Arizona's Developmental Disabilities Division. 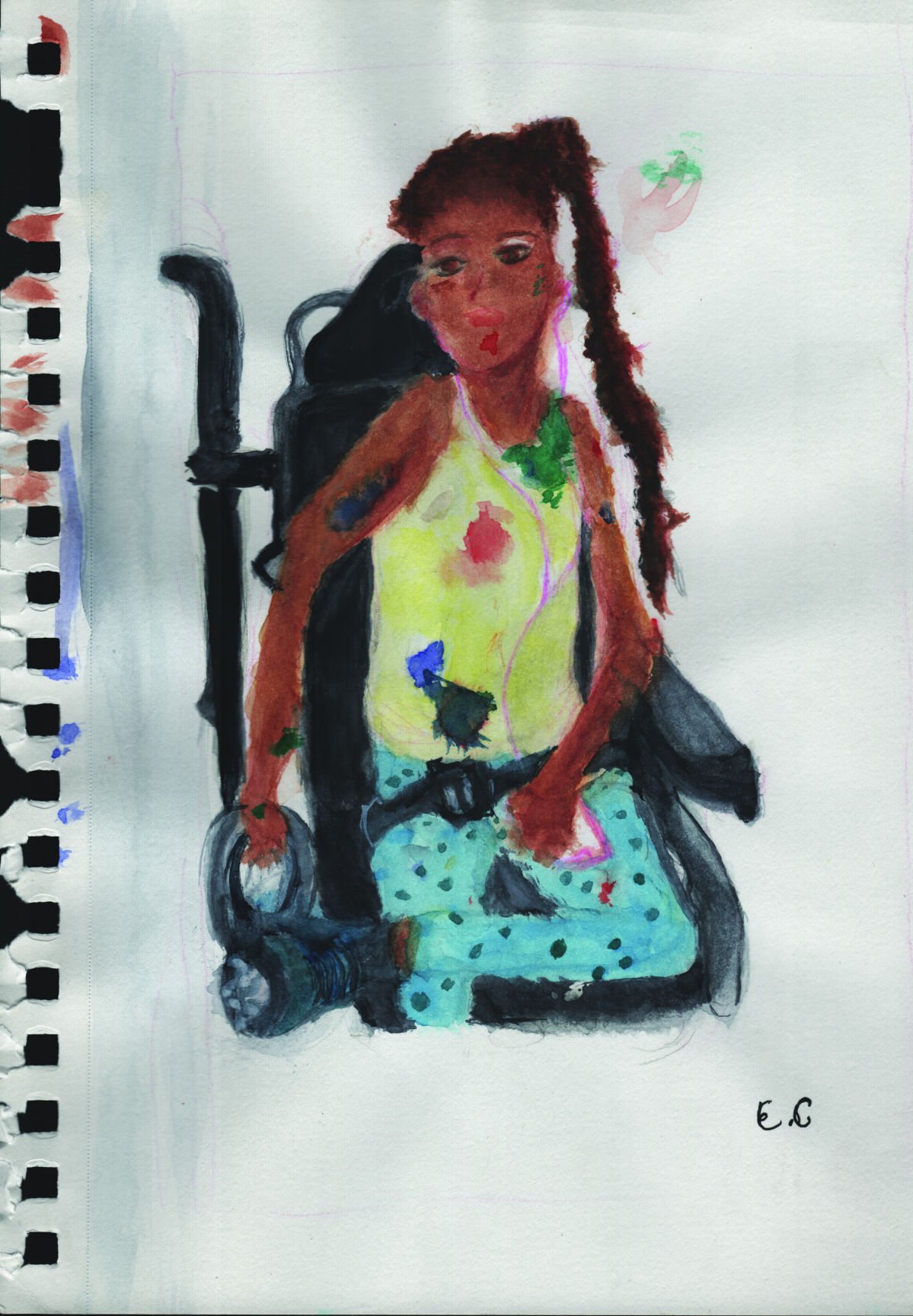 Emory Webster, a social preteen with a lot of friends.