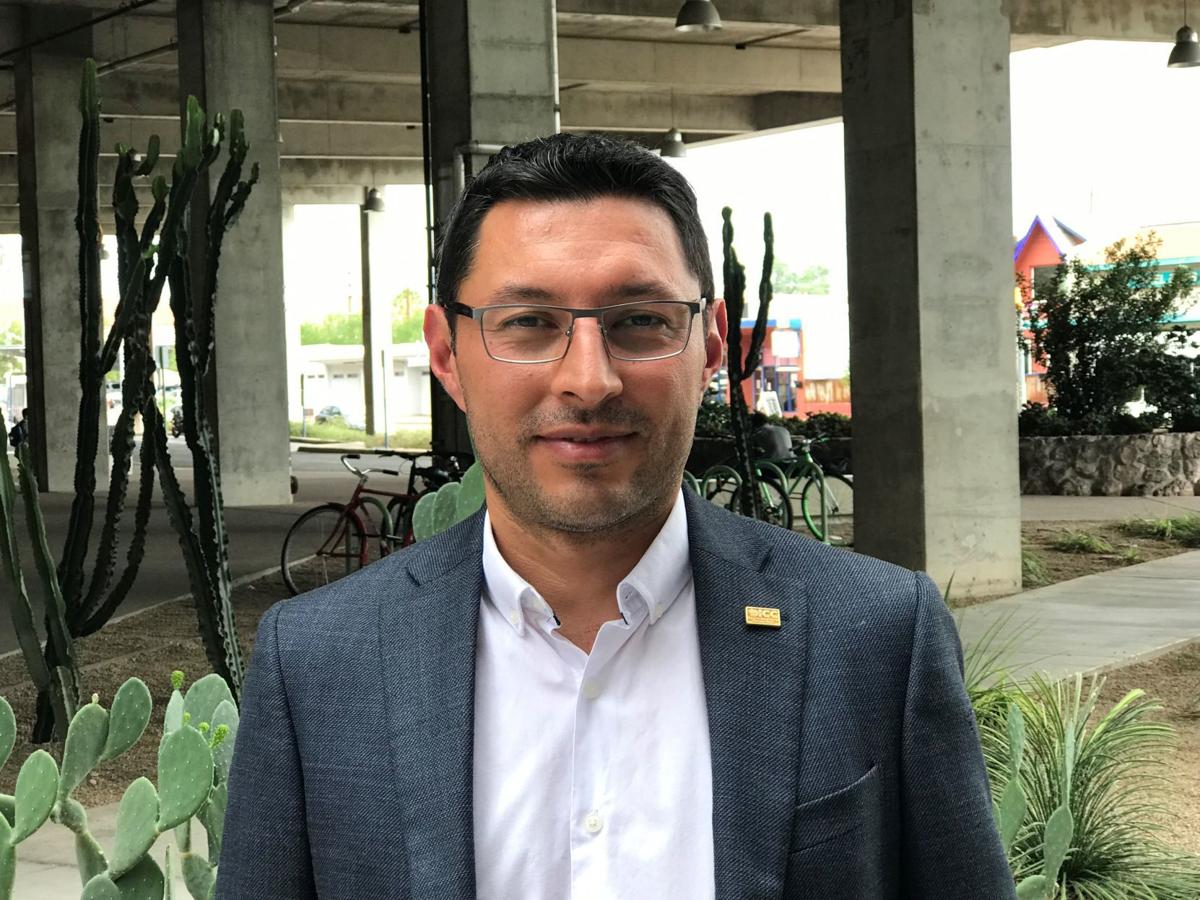 Droughts and floods can trigger the movement of already-stressed populations, notes Alex Guerra, a climate researcher in Guatemala. 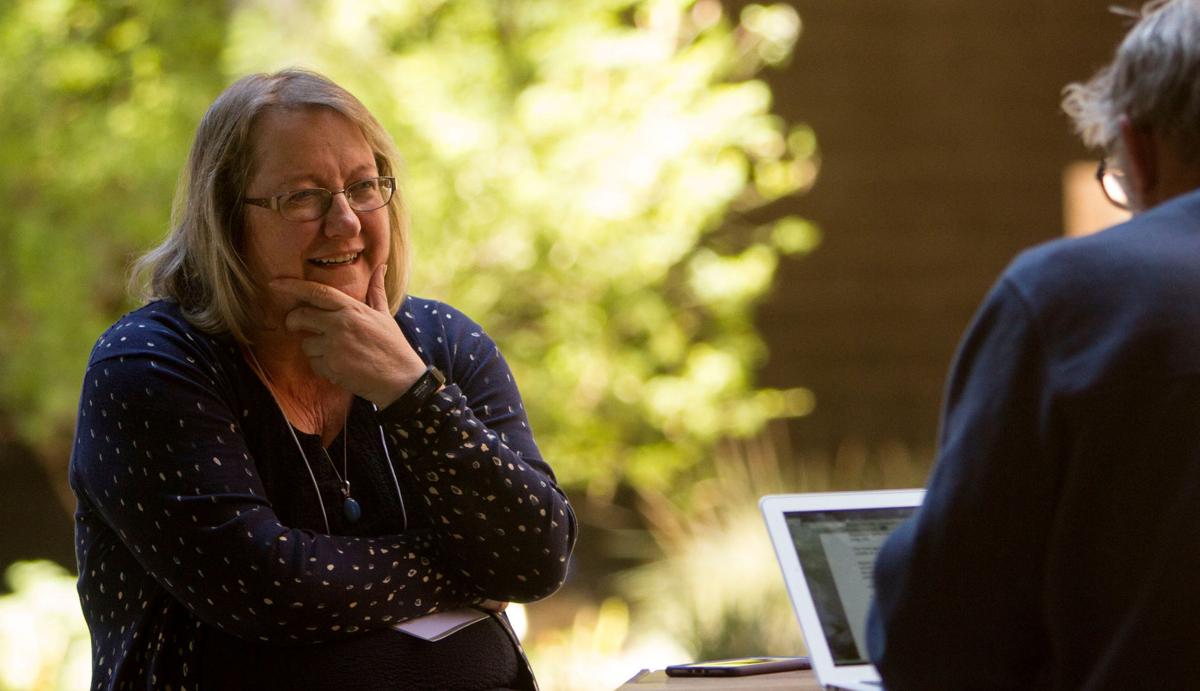 As the flow of Central American migrants into the United States surged during the last year, a new explanation emerged with an attractive simplicity: climate change.

It was climate change, causing weather extremes and agricultural disasters, that explained the exodus of people from Honduras and Guatemala heading north through Mexico.

In October 2018, a piece in The Guardian called climate change “the unseen driver behind the migrant caravan.”

A vivid story in the New Yorker magazine, published April 3, set a template for pieces that have continued regularly this year: “How Climate Change is Fueling the U.S. Border Crisis.”

It described in compelling but anecdotal stories how small farmers in Guatemala are struggling with drought, temperature extremes and flash floods that have convinced many to give up and go.

“Climate change is devastating Central America, driving migrants to the U.S. border,” NBC News and Inside Climate News reported in a July 9 piece.

If you flip one word around in the New Yorker’s headline, though, you turn a conclusion into a central question that researchers puzzled over at the University of Arizona last week: “How is climate change fueling the U.S. border crisis?”

It turns out, the causality remains totally unclear.

A group of international researchers dug into that and related questions during a two-day workshop at the UA, convened by geography professor Diana Liverman and Kathy Jacobs, director of the UA’s Center for Climate Adaptation Science and Solutions.

At the final panel session Friday afternoon, the panelists knocked down what one called a “media frenzy” of attributing recent Central American migration to climate change.

“It’s not that climate is the main reason why people are migrating,” said Alex Guerra, researcher at the Private Institute for Climate Change Research in Guatemala. “We just don’t know. We think it is not the main reason. There are loads of different reasons why people migrate.”

One possibility, he said, is that specific climatic events such as droughts or floods act as triggers that cause some people to migrate when other problems — poverty, violence and the like — have already piled up.

Another possibility is that climate is acting at small scales, like the area of eastern Guatemala where prolonged drought has hurt the coffee crop and the regional economy, exacerbating poverty.

The idea of the two-day conference was to bring together migration experts and climate scientists, most of whom have expertise in Central America, to try to unravel the threads of causality and tug on the climate thread.

As Guerra explained later, part of the problem is there are “different scales and different interacting factors between social and natural.”

There’s also the complicated problem of separating the current, human-caused warming of the global climate from other climate variations that happened in pre-industrial times, without the effects of greenhouse gases from the burning of fossil fuels.

Take the case of eastern Guatemala. An El Niño year may have started the drought, but then there were succeeding years of drier than normal weather that can’t be explained as easily. Should we therefore attribute the exodus of migrants from that region to human-caused climate change?

Not necessarily, said paleoclimatologist Diego Pons, a Guatemalan who is a postgraduate researcher at Columbia University. He was sitting next to Guerra and said that longer term climate research using tree rings and other sources of data shows that there have been similarly long droughts in the past.

So while drought may be a factor in driving local people in that coffee-growing region from the area, it’s unclear if you can attribute the drought to human-caused climate change.

Jacobs, of the Center for Climate Adaptation and Solutions, noted after the panel discussion that “attribution science” can help. It’s a whole field of research that has developed to ascertain how much more likely extreme weather events become, and how much more extreme they become, as a result of climate change.

However, Central America, Guerra pointed out, “is not just a climate hot spot, but a disaster hot spot.” Even without the effects of human-caused climate change, it’s already susceptible to hurricanes, earthquakes and volcanoes.

Elizabeth Oglesby, a UA professor of geography and longtime researcher of Central American migration, warned against “environmental determinism” — the idea that a factor in the natural environment is the determining factor in human behavior, leaving aside all the other possibilities. She sees a growing example of that in the treatment of climate change as a central cause of migration.

“Not only is this not what we’re seeing, but it is feeding into this discourse of environmental determinism,” she told me after the panel discussion.

Climate “is never going to be the only trigger. It’s only going to be a factor that increases vulnerability,” she said.

People can work on those other vulnerabilities. Guerra noted, for example, that building up water infrastructure in vulnerable areas could allow people to outlast some droughts that otherwise would ruin crops and drive them off the land.

Poverty, of course, is the fundamental vulnerability that can make any additional obstacle insurmountable. It’s not an original explanation for migration but still essential, even in an age of climate change.

Today’s column is supported by the Eugene C. Pulliam Fellowship for Editorial Writing, awarded to the Arizona Daily Star’s Tim Steller for research into public perception of the U.S.-Mexico border and immigration.

Re: the September 15 article "Climate change a facile explanation for migrant surge."

Droughts and floods can trigger the movement of already-stressed populations, notes Alex Guerra, a climate researcher in Guatemala.