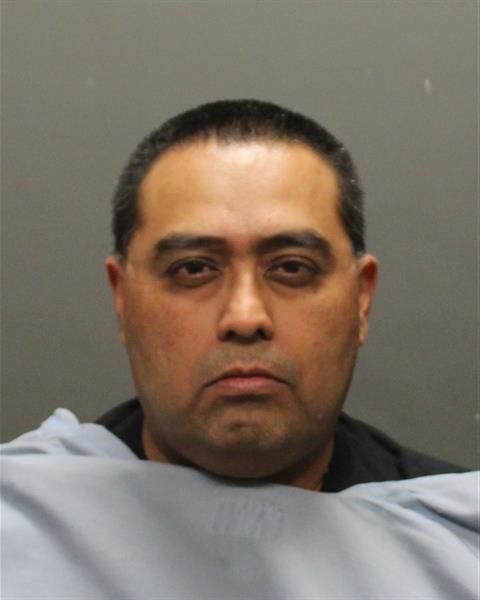 Former TUSD monitor John Corral worked closely with students for more than 20 years, although students reported he sexually harassed them in four incidents spanning that time period. He was finally convicted after the fourth incident and resigned his position. 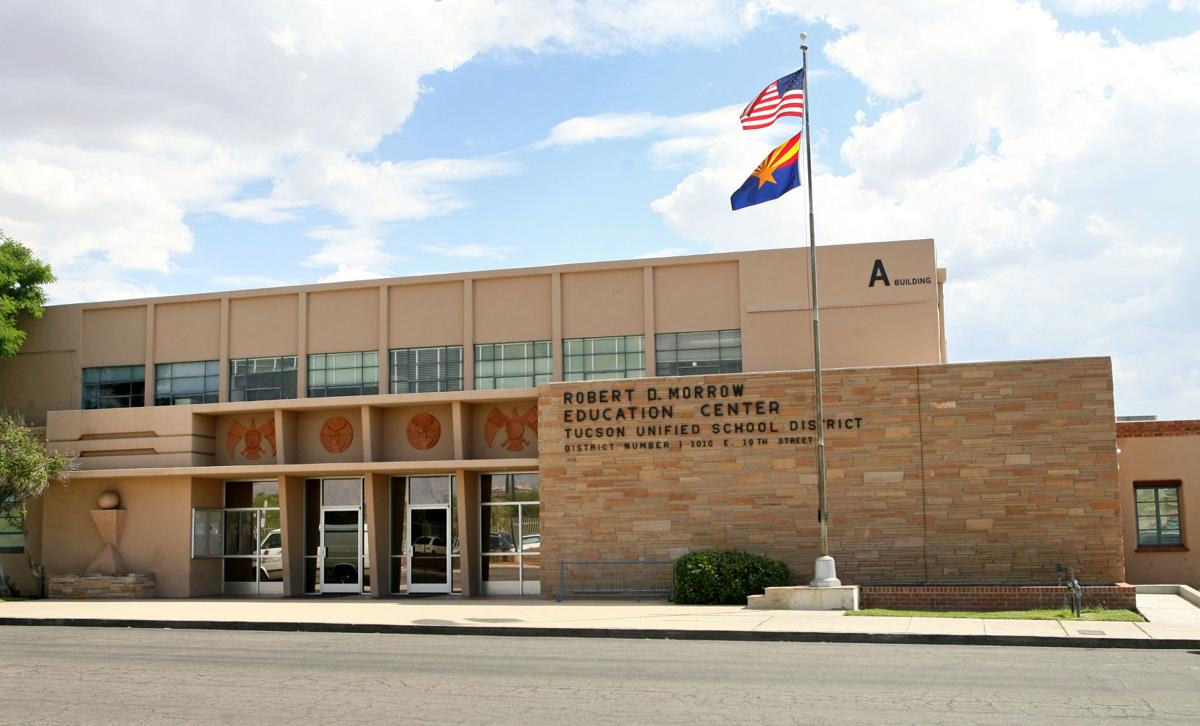 A new policy requires all TUSD employees to disclose if they’re charged with a crime within 24 hours, rather than waiting until they’ve been convicted.

After a staffer in Tucson’s largest school district was arrested three separate times, accused of sexually harassing students over the course of nearly 20 years, TUSD is working to close a loophole they say allowed the campus monitor to remain employed.

A new policy — spurred by the experience with the former TUSD monitor — requires all district employees to disclose if they’re charged with a crime within 24 hours, rather than waiting until they’ve been convicted, which in the case of John Corral didn’t occur until a fourth incident surfaced involving a 13-year-old student.

Corral resigned in December 2017 after Pima County Justice Court granted the girl an injunction against harassment and TUSD notified Corral they intended to fire him.

Superintendent Gabriel Trujillo said he hopes that is the last time the district has a systemic gap that would allow “a predator to roam free within the organization.”

“We wanted to make a collective commitment that we would do everything possible to make sure we would never again have a systemic loophole that would allow an individual like a John Corral to slip through the cracks and continue to be employed,” Trujillo said.

Under the new policy, after an employee reports their arrest to the district, an internal investigation is triggered and the employee can either be placed on paid leave or receive another work assignment.

“If there’s a criminal charge, that doesn’t mean the district necessarily wants to wait to take action before the criminal charge is resolved,” said the district’s lawyer Rob Ross during a Dec. 10 meeting. “The district will undertake its own diligence and make a determination as to what should happen with the employee in the interim.”

Ross said while some investigations could take longer, he suspects that most could be resolved in about a week or two.

If the investigation finds that action is warranted before a criminal charge has been resolved, an employee could be assigned to other duties or receive paid assignment to home pending further investigation. Certain serious charges could lead to termination following the district’s investigation.

BEYOND THE BACKGROUND CHECK

Before TUSD’s new policy was approved earlier this month, only prospective employees, not current ones, were required to disclose criminal charges prior to a conviction. However, the time period between when someone is charged with a crime and the case is resolved in court can take months or even years. While employees need a valid Department of Public Safety fingerprint clearance card to work, this too reflects criminal convictions and not all pending charges.

While Corral never went to trial in the first three incidents, he was convicted of misdemeanor aggravated assault on a minor after the most recent incident in the fall of 2017.

At the time, the 13-year-old Mansfeld Magnet Middle School student said Corral would wait for her outside of her classes, hug her, and eventually touched her thighs and groin area, according to a $5 million notice of claim the family filed against the district in March 2018. The related civil case is now working its way through federal court.

Corral spent 10 days in jail and got three years’ probation.

Across the state, it’s becoming apparent that relying on an employee’s background check isn’t enough.

In a review of more than 180 allegations of teacher misconduct investigated by the Arizona Department of Education from the past four years, the Arizona Republic and KJZZ found numerous instances where investigations fell short; there were no requirements for teachers to take training specific to sexual misconduct; state investigators had extremely high caseloads; and there was no system to track the thousands of uncertified educators.

In the same vein of TUSD’s new policy, the State Board of Education approved a rule earlier this month allowing the emergency suspension of a teacher’s certificate at the beginning of an investigation into serious allegations of misconduct, rather than only at the end, the Arizona Republic reported. This rule, however, would not apply to noncertified teachers or other school employees like Corral.

While Tucson Unified’s new policy is designed to quickly alert the district if any employee has been charged with a crime, in the case of Corral’s continuous employment, it wasn’t a matter of the district being in the dark about the allegations.

In the years before Trujillo took over as the district’s leader, TUSD knew about the accusations and criminal charges against Corral but continued to employ him.

Corral was arrested at Pueblo High School in 2002 after a student accused him of inappropriate touching, sexual remarks and asking her to perform oral sex in a locked classroom he had a key to, according to documents filed in the civil case against TUSD by the Mansfeld victim and her family. The district’s legal department was aware of the 2002 accusation and arrest.

Then in 2008, Corral was arrested after accusations of making sexual comments to female students at the now-closed Hohokam Middle School and asking one student to have sex with him while showing her a condom, the civil suit said.

The district placed Corral on administrative leave and conducted an investigation that found he had violated Governing Board policy. Although he faced a trial, the case was dismissed when a witness didn’t show up. In 2010, Corral was transferred to a monitor position at Mansfeld.

Trujillo says TUSD now has tighter rules around employee conduct and despite the fact the district knew of the allegations against Corral and continued to employ him, having the new “memorialized policy” will make a difference. Additionally, during Trujillo’s deposition in the civil case, he said that under his administration Corral would have been fired after any one of the incidents.

Should an employee fail to report a criminal charge, they can be subjected to disciplinary action, Trujillo said. And if a supervisor has knowledge of criminal charges and doesn’t act appropriately, they could be subject to termination.

“I think it’s going to push the whole system to hold the employees accountable for reporting,” he said.

Margaret Chaney, president of the Tucson Education Association, which represents TUSD teachers, said the organization doesn’t have a stance on the policy yet because it’s so new, but they are looking into it.

The family of the Mansfeld student would like to see TUSD conduct annual reviews of all employees, looking at more than possible criminal charges but also complaints from students, parents or TUSD staff workers. They would also like to see the district do more to provide support for student victims, saying they received little assistance and had to research on their own how to help their daughter, now 15, integrate back into school life.

Trujillo said he’s not aware of any other incidents like what happened with Corral. The Arizona Republic’s investigation reported on several other incidents in TUSD and other Tucson schools of teachers being accused of sexual misconduct.

TUSD has not fulfilled a broad public-records request the Star made nearly a year ago requesting letters of reprimand or records on investigations into any TUSD employees accused of making comments of a sexual nature or who were found in violation of the district’s nondiscrimination or sexual harassment policy from 2014 to 2019.

“We can’t control what happened in the past, but we need to close any loophole that would allow an employee like this to move from school to school and to remain employed,” Trujillo said. “That really was the impetus for the policy.”

Four Tucson schools fall to an F after letter-grade appeals

The leader of the Vail School District credits his success to community support.

A lack of oversight in the Sunnyside Unified School District’s transportation department put student safety at risk, with drivers not meeting …

The TUSD governing board has a new president, clerk for 2020

After serving on the board for seven years, Kristel Foster will serve as president.

Schools can use the funds for teacher and school leader salaries, to hire teachers, for classroom supplies and for other strategies to sustain positive outcomes for students.

Former TUSD monitor John Corral worked closely with students for more than 20 years, although students reported he sexually harassed them in four incidents spanning that time period. He was finally convicted after the fourth incident and resigned his position.

A new policy requires all TUSD employees to disclose if they’re charged with a crime within 24 hours, rather than waiting until they’ve been convicted.