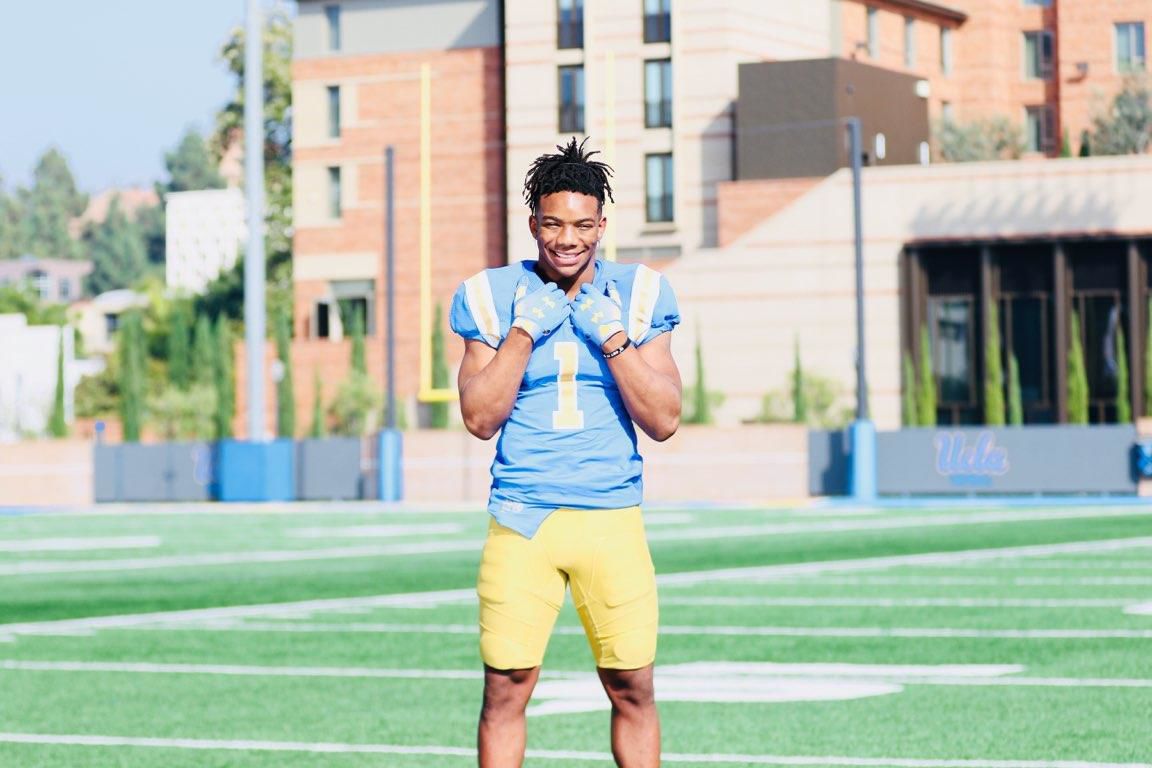 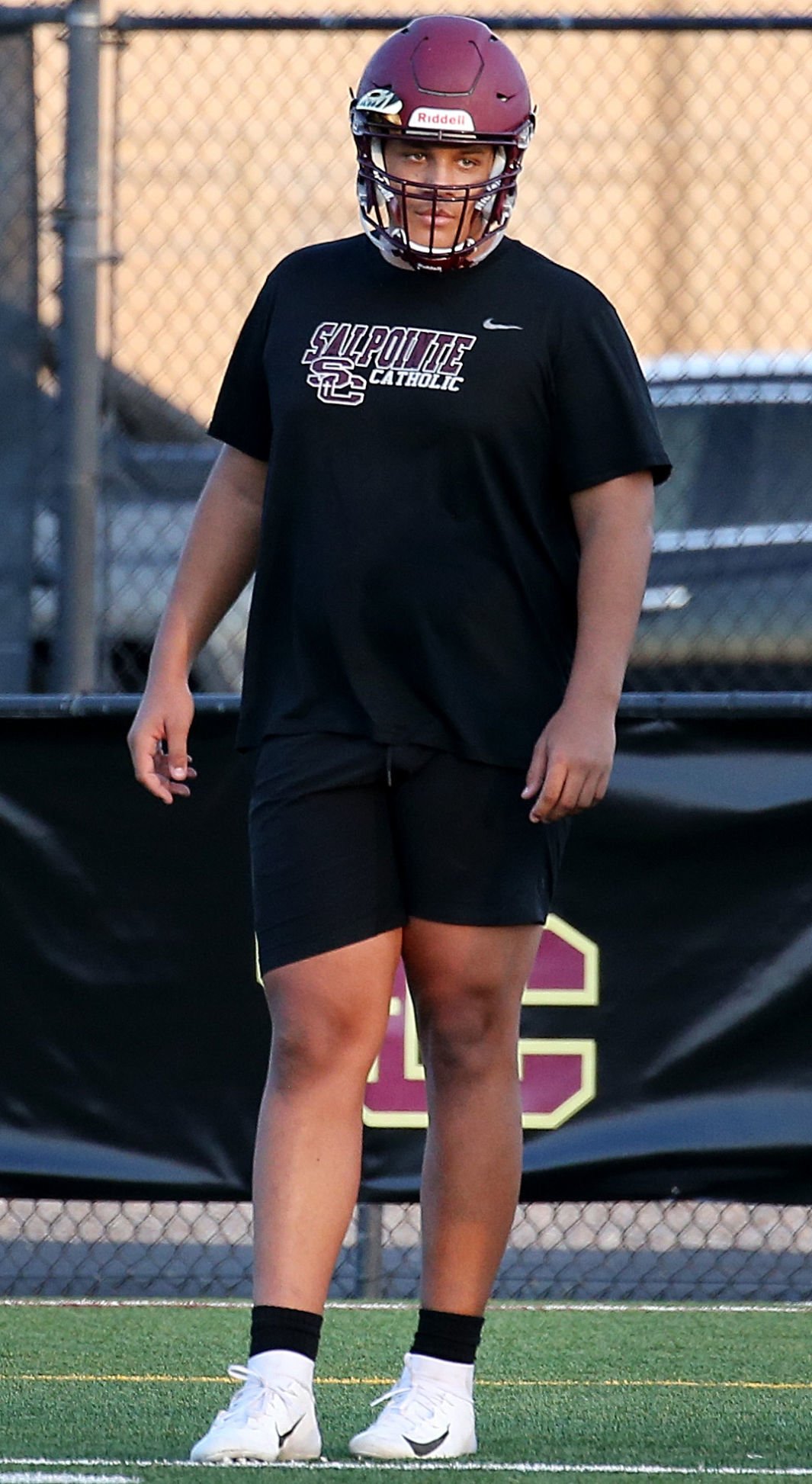 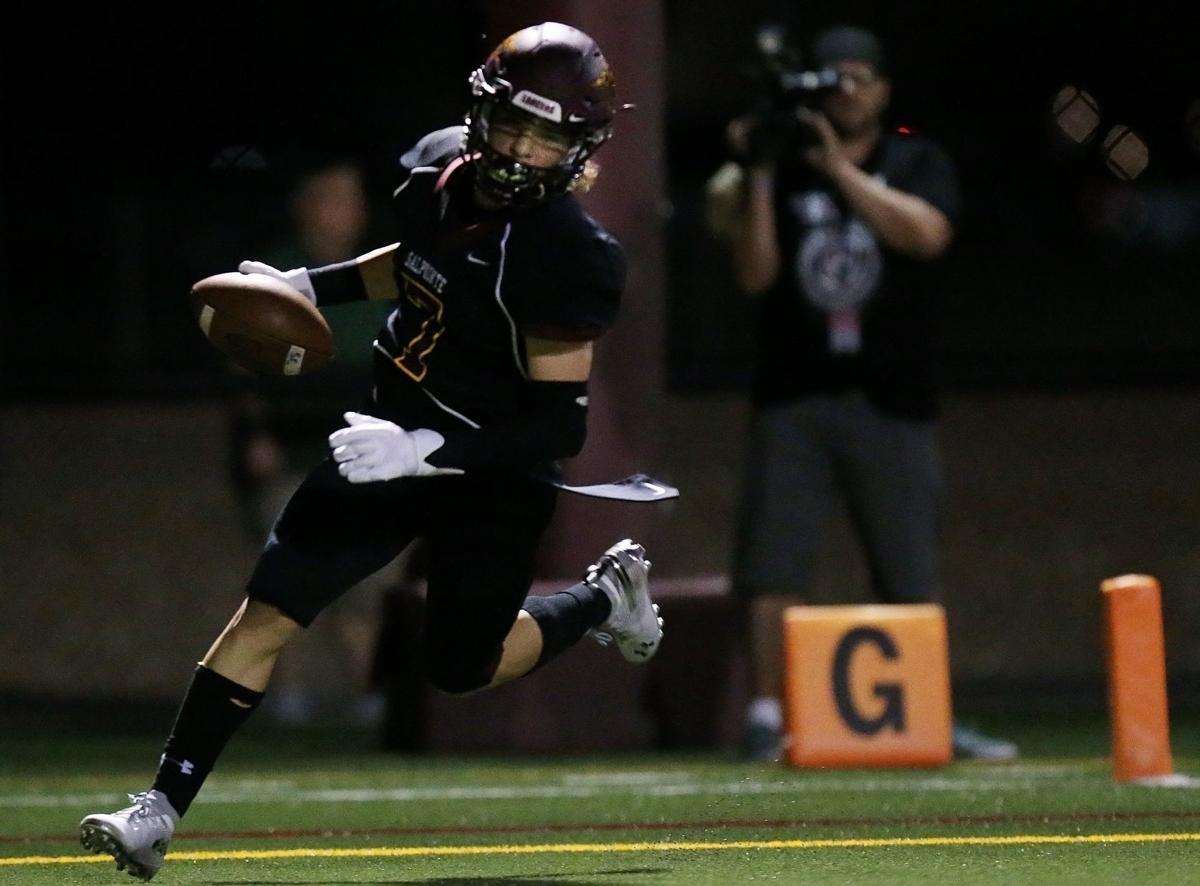 Salpointe Mario Padilla (7) waltzes into the end zone for a score during the first quarter. 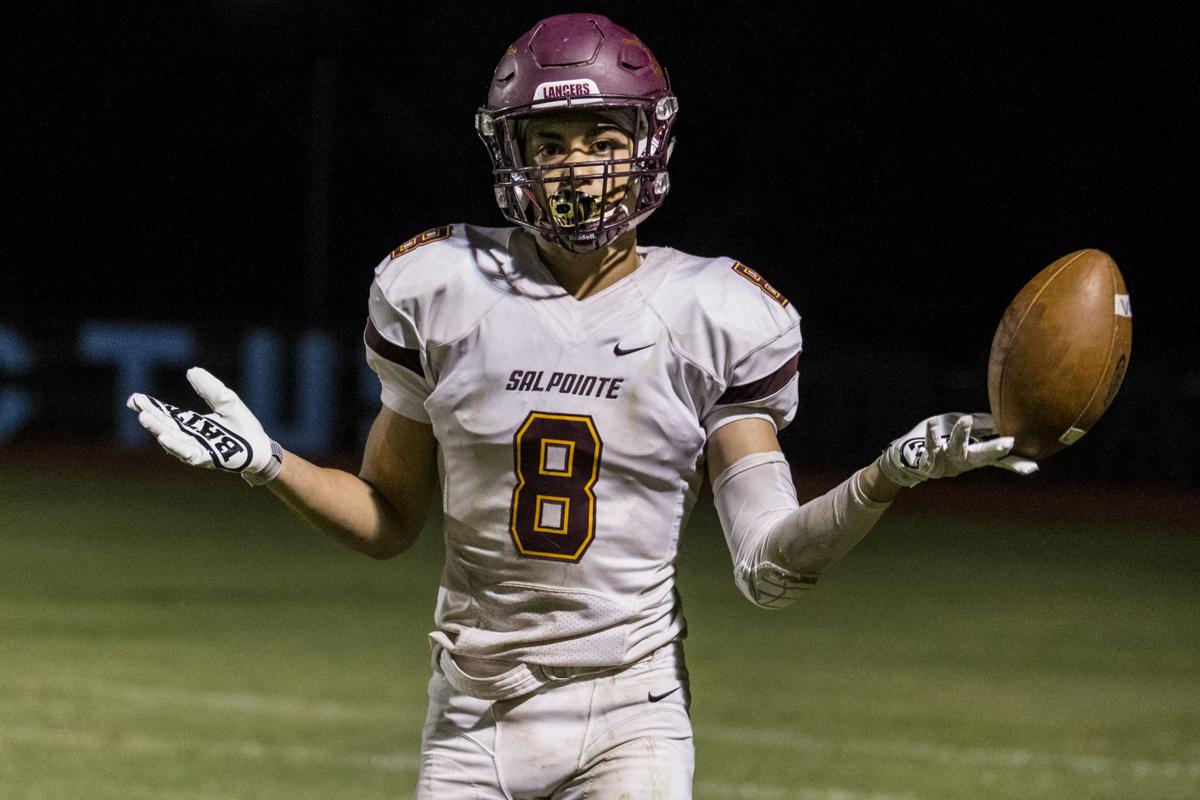 Salpointe's Lathan Ransom celebrates after a touchdown in the fourth quarter on Friday, Sept. 14, 2018, at Cactus High School in Glendale.

Miller, a sophomore offensive tackle, landed his first Division-I offer from Arizona State. The 6-foot-5, 275-pound Miller is in his first year starting on Salpointe's offensive line and was Matteo Mele's backup, who is now at Washington.

So blessed and honored to get my first official offer from @ASU , special thanks to coach @donnieyantis and the staff at ASU for this great opportunity. pic.twitter.com/Mnux5NFn1H

Prior to the 2018 season, Miller checked in at No. 10 on the Star's top 22 players in Southern Arizona countdown.

The other Lancer, four-star running back Robinson, received an offer from UCLA after taking an unofficial visit over the weekend. UCLA becomes Robinson's 13th offer and joins USC, Arizona, Oklahoma, Nebraska, Alabama, Washington, LSU and Michigan among others. The junior back is listed as the third-best running back for the class of 2020. He currently has 1,435 yards on 113 carries this season.

Robinson's classmate, Ransom, picked up an offer from the Notre Dame Fighting Irish. Ransom also has offers from Stanford, Georgia, USC, Florida, Michigan, Nebraska, Arizona and Cal among others. The 6-foot-2, 183-pound Ransom has been Salpointe's triple-threat all season as a defensive back, wide receiver and kick returner.

Salpointe head coach Dennis Bene said "it would be hard to press an all-around better football player in Southern Arizona" than Padilla, and the all-around running back landed an offer from Ottawa University-Arizona, an NAIA school in Phoenix. The 5-foot-8 senior also has offers from Howard and Southwest Minnesota State.

So far this season, Padilla has 453 rushing yards and 204 receiving in seven games. Padilla was No. 6 on the Star's top 22 countdown. Bene was ecstatic for four of his players to land college offers.

The Lancers are the lone undefeated team (9-0) in Southern Arizona and will play their 700th game in program history and final contest of the season this Friday at Casa Grande Vista Grande.

The 71-year-old will coach his last game Friday against Sahuaro.

Lancers had no problem at home as they remain undefeated after thumping Catalina Foothills.

Arizona landed its second commitment of the 2019 after three-star safety Jaxen Turner pledged to the Wildcats Sunday morning. Turner selected …

Caballeros can capture the Class 5A Sonoran Region title with a win Friday over Mountain View.

Newest Wildcat traveled the world, got married and had a kid; then he decided to play football

Salpointe Mario Padilla (7) waltzes into the end zone for a score during the first quarter.

Salpointe's Lathan Ransom celebrates after a touchdown in the fourth quarter on Friday, Sept. 14, 2018, at Cactus High School in Glendale.