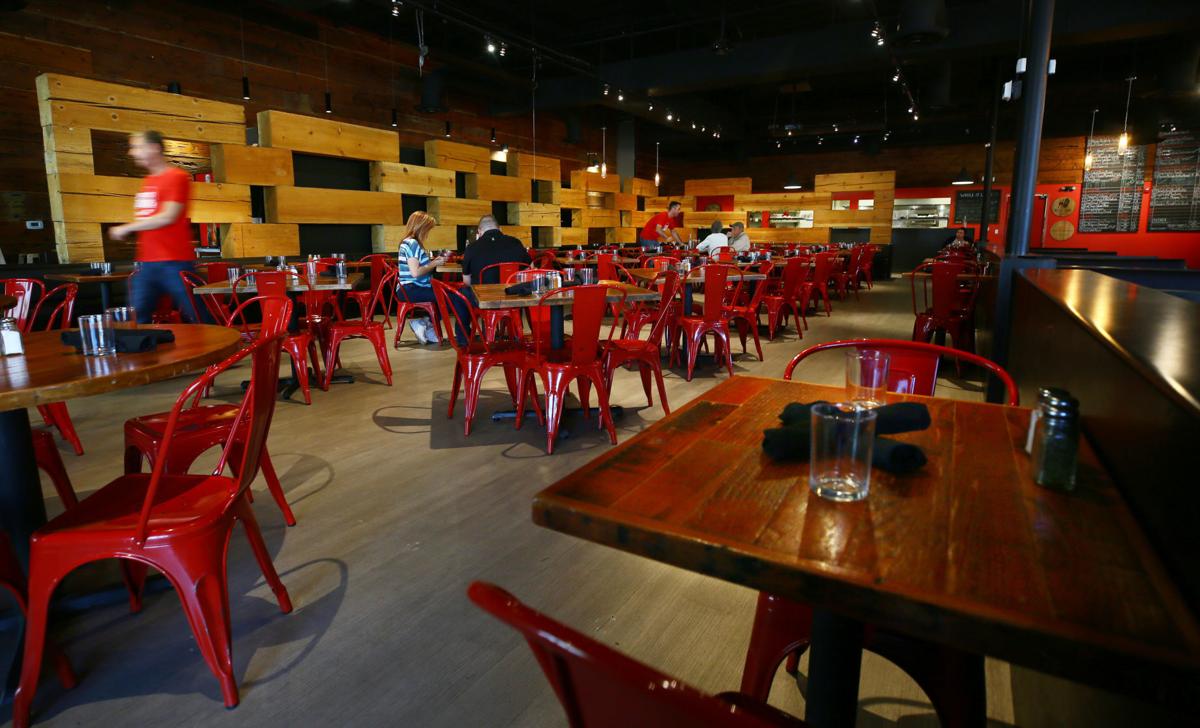 Wood from the old Wildcat House bar (background) was salvaged for the interior and tables at Brother John’s Beer, Bourbon and BBQ, 1801 N. Stone Ave. Brother John’s was the first business to receive a Government Property Lease Excise Tax north of downtown. 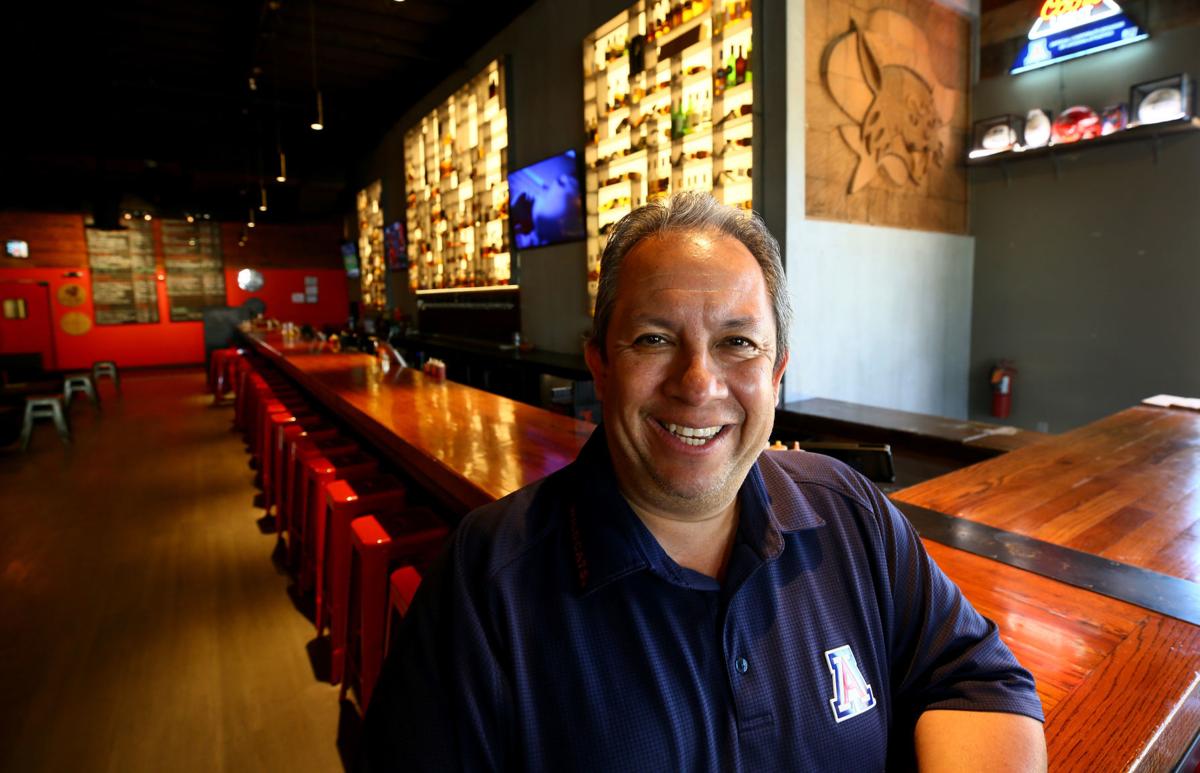 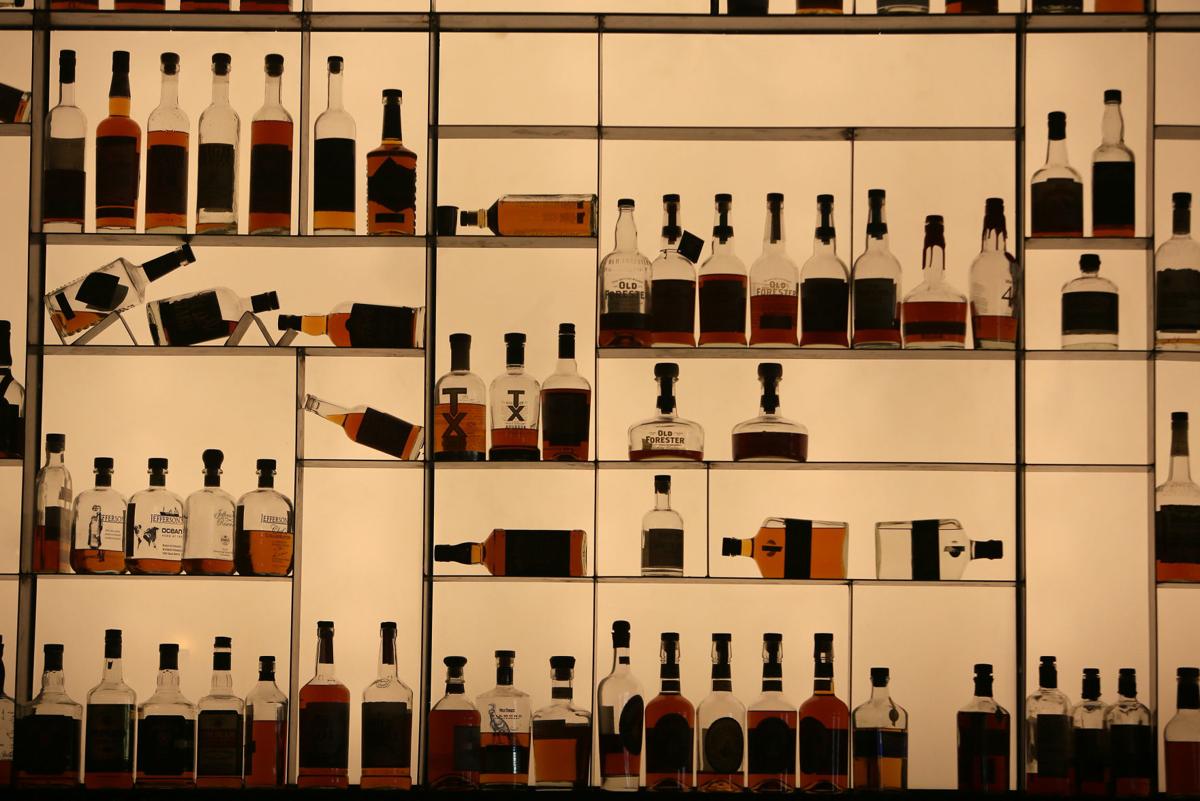 The motif for bourbon bottles behind the bar at Brother John’s Beer, Bourbon & BBQ, began as a sketch by David Aldecoa on a cocktail napkin. The bar, at 1801 N. Stone Ave., Tucson, was home to the Wildcat House from 1977-2012. 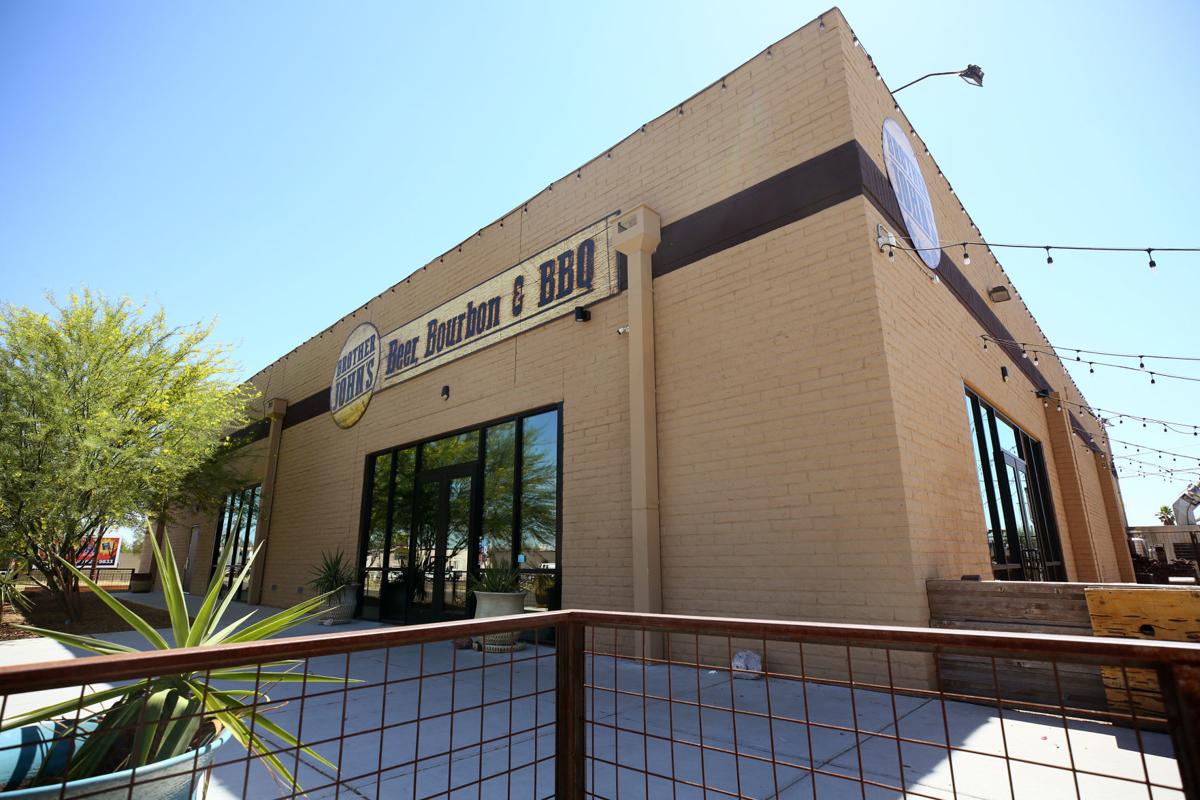 These developments, along with dozens of hotel, apartment and office projects, were made possible by Central Business District incentives to spur development in Tucson.

Originally implemented to encourage investment downtown, the city has agreed to expanding the parameters of the program to areas outside of downtown.

Developers inside the business district are eligible for a Government Property Lease Excise Tax, which waives property taxes for eight years if the property’s value is increased by at least 100%. An economic analysis must show the taxpayer benefit is greater than that received by the developer.

The GPLET was created in 2012 to generate sales tax on properties that were either vacant or nonexistent and were bringing nothing into the city’s coffers.

Brothers John and David Aldecoa were the first to receive the GPLET north of downtown to open Brother John’s Beer, Bourbon and BBQ at 1801 N. Stone Ave., in the former Wildcat House.

Between the Grant Road widening and the renovation of Stone Avenue, the area that was once dark and blighted is taking on new life.

He said the $2 million project to rehab the 1975 building would likely not have happened without the GPLET.

The ability to keep the property tax money for eight years helps grow the small businesses. Opened in December 2015, it has added entertainment options, such as Sunday jazz night and bi-monthly mariachi performances, as well as donated food for charitable fundraisers.

“It gives us the opportunity to put that money back into the business and helps keep us going,” David Aldecoa said. “Our goal is to create a Tucson staple for many years to come.”

John Aldecoa, who oversees daily operations, wants to finish the beer garden and has now opened a private dining/reception room at the restaurant.

National car wash chain, Mister Car Wash, received a GPLET to locate its headquarters at 222 E. Fifth St. The three-story building, constructed in 1952, had been vacant since 2007.

“The availability of the GPLET was instrumental in our decision … to make the substantial investment necessary to convert the building to office use,” said John Lai, president and CEO. “We could have purchased vacant land outside the city and built a new facility at a lower cost without the GPLET but wanted to reconfirm our commitment to aid in the city’s efforts to revitalize the downtown district.”

The total projected value of incentives to participating developers for the eight-year abatement of property taxes is $31 million and the projected direct revenue to the city, county and state in that time period is $87 million, said Mike Czechowski, with the city’s economic incentives office.

He said more than 1,200 jobs have been created by the projects and the new wages and spending by workers puts the estimated economic impact at $1.5 billion.

The proposed expansion to the north would extend from Miracle Mile to Prince Road, between Oracle Road and one block east of Stone Avenue; to the south, from 22nd Street to Tucson Marketplace, near Park Avenue and Interstate 10; to the east, about one block east of Kino Parkway; and on the west to the Santa Cruz River between Grant and Fort Lowell Road.

“The GPLET has proved to be a successful tool, and the tax abatement helps offset some of the increasing costs of construction that make ground-up development challenging today,” said Barbi Reuter, president of Picor Commercial Real Estate Services and chair of the Tucson Metro Chamber of Commerce. “Much of our available commercial property stock is aged and quite a bit would benefit from redevelopment.”

Because the district has to be contiguous, the city chose arteries that were most in need of development, such as Stone Avenue and Oracle Road to head north and Grant Road to grow west, said Mayor Jonathan Rothschild.

“When I took office we were just completing the TEP building,” he said. “Everything else has happened since then and came about, in part, because of the active use of the district tools.”

The public’s attitude toward offering incentives has shifted in recent years as the investment has paid off downtown, Rothschild said.

A recent Arizona Daily Star/Strongpoint Research Community poll showed more than half of the 2,345 respondents said it was appropriate for the government to offer tax breaks and other incentives to attract corporations to the area.

“We are not allowed to grant an incentive until we receive an independent economic analysis that demonstrates that the return of dollars over time will be greater than the incentive,” Rothschild said. “Hotels, restaurants, large employers, small employers, housing projects — you name it — none of it would be here if we could not attract folks with our incentives.”

The winners were lauded for their professional, personal contributions to the Tucson community.

Mister Car Wash sold its 27 Mister Oil Change lube shops, in seven states not including Arizona, to Valvoline to focus on its car-wash business.

Wood from the old Wildcat House bar (background) was salvaged for the interior and tables at Brother John’s Beer, Bourbon and BBQ, 1801 N. Stone Ave. Brother John’s was the first business to receive a Government Property Lease Excise Tax north of downtown. 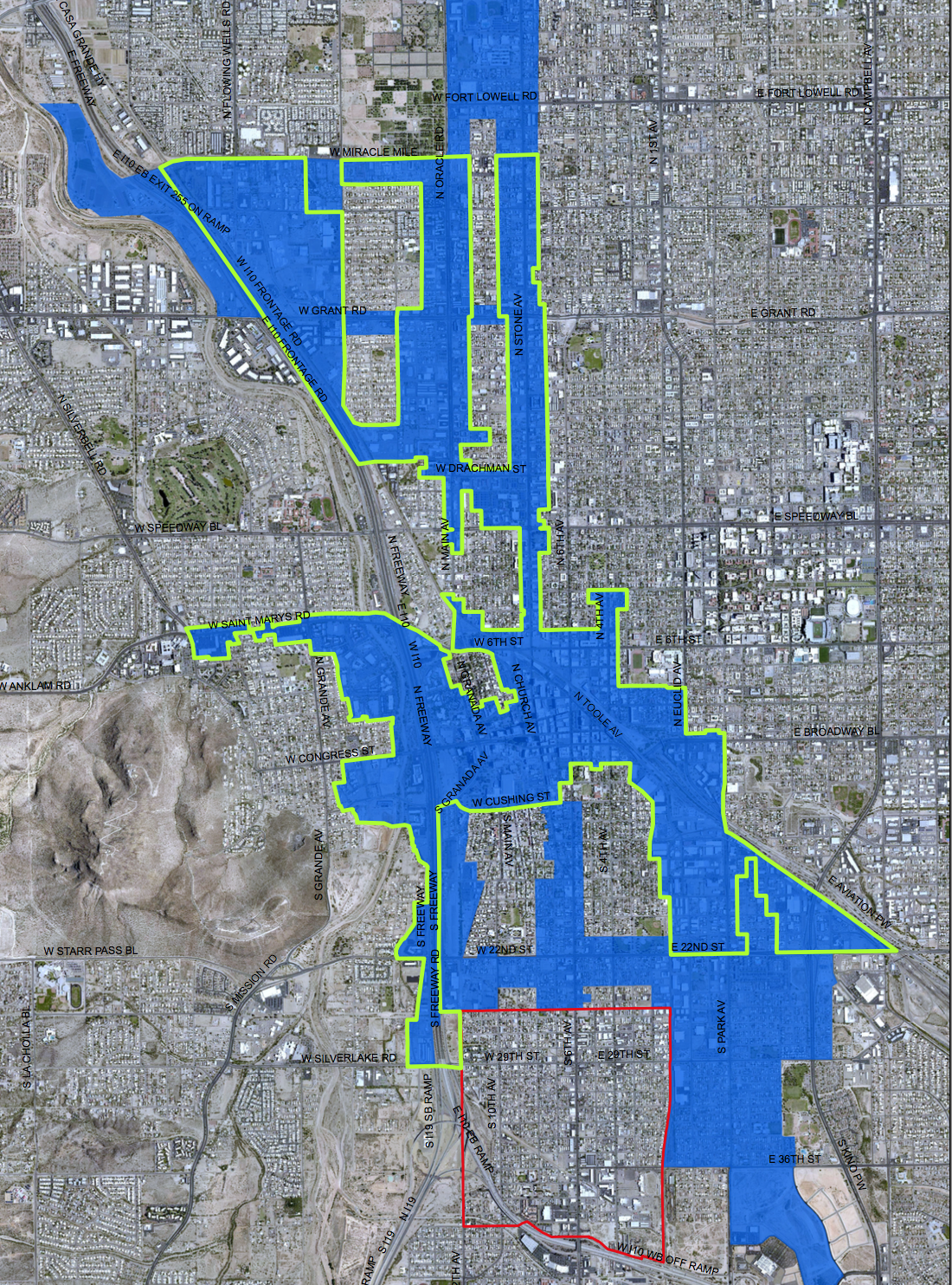 The existing Central Business District, outlined in green, has expanded in all four directions. The area outlined in red is South Tucson. 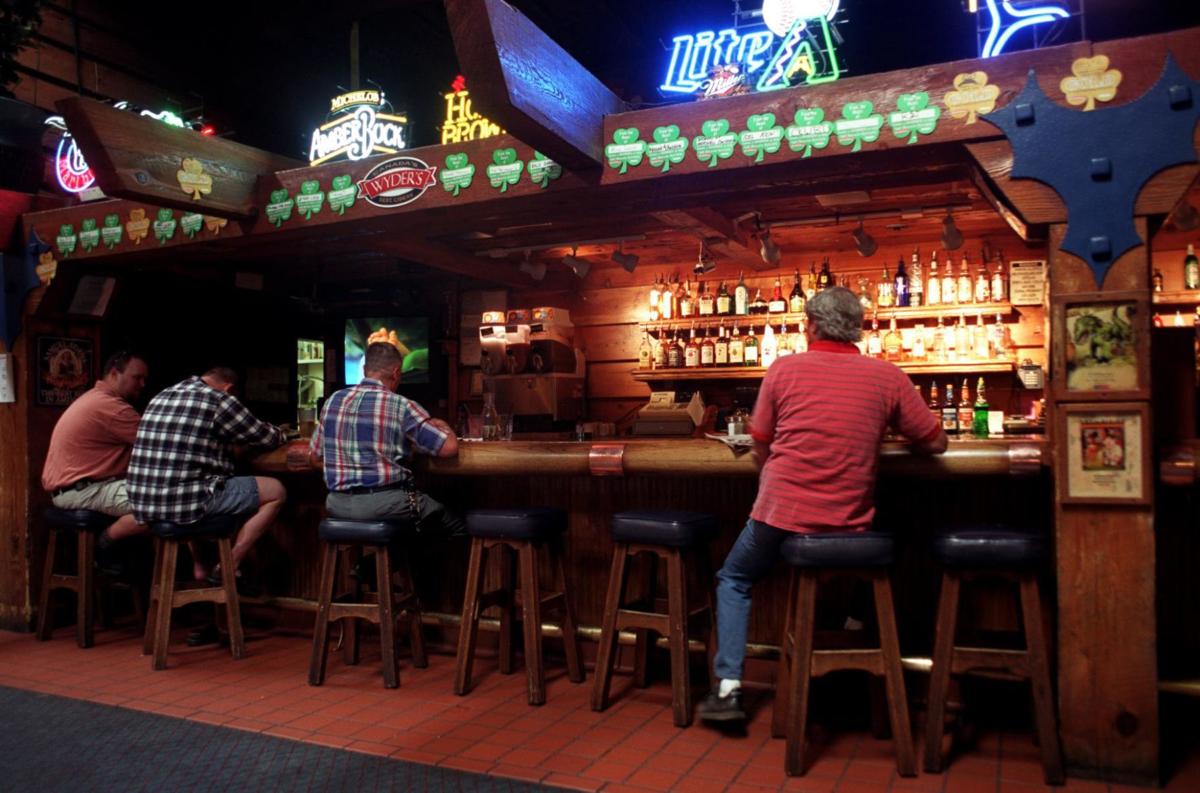 The $2 million project to rehab the 1975 building that was once the Wildcat House, seen here in 2001, would likely not have happened without the GPLET, says a business development partner.

The motif for bourbon bottles behind the bar at Brother John’s Beer, Bourbon & BBQ, began as a sketch by David Aldecoa on a cocktail napkin. The bar, at 1801 N. Stone Ave., Tucson, was home to the Wildcat House from 1977-2012. 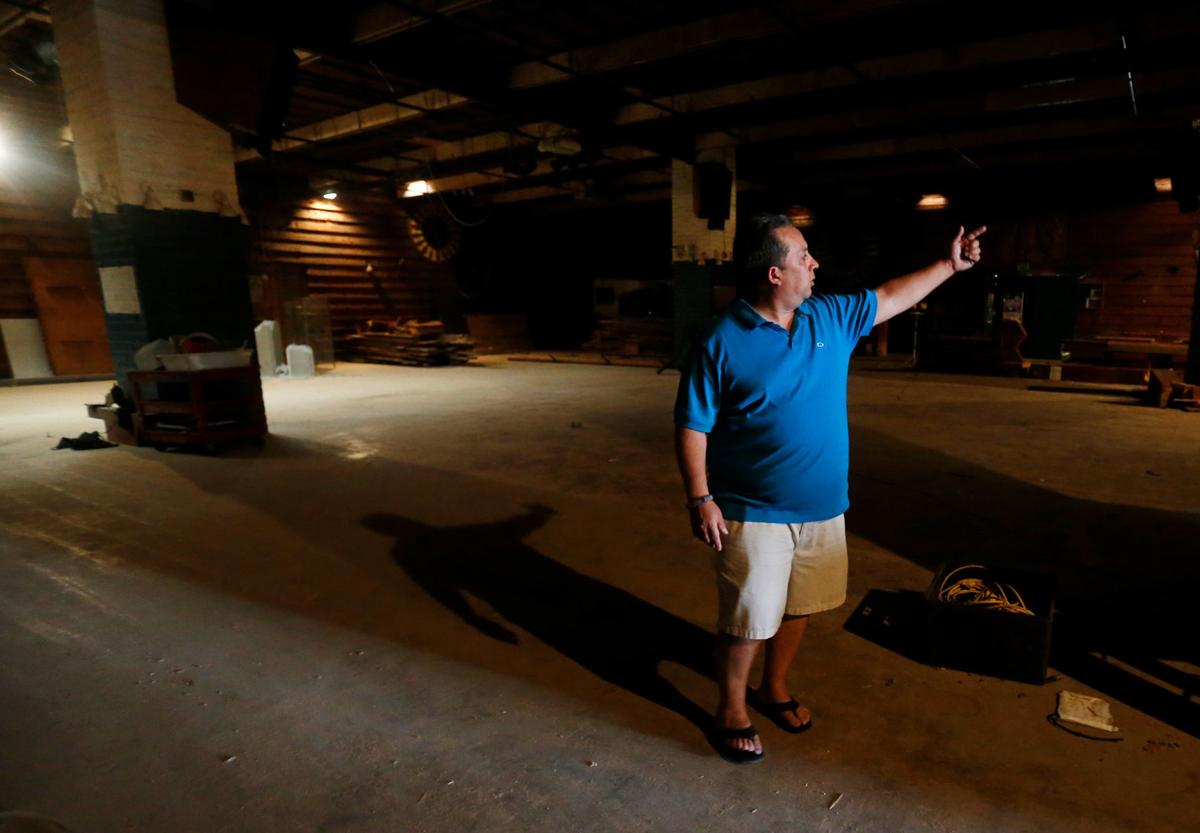 John Aldecoa, managing partner of Brother John’s Beer, Bourbon and BBQ, talks about some the changes to be made inside as he stands in the nearly-gutted interior of the old Wildcat House, 1801 N. Stone Ave., on Thursday, May 21, 2015.